With Siph being in the UK for a brief time last time he was in the country we set up a cheeky 2000 point battle to test out some of the new Space Marine Units- and for Siph to collect his Codex! But we never got round to posting until now!

The battle mission was 'purge the alien' with hammer and anvil deployment. The terrain was positioned to look like the outer defences for an abandoned city- using the walls of martyr and several 40k buildings.

My Ultramarine force included several new units that I hadn't used previously with the new codex- Tigurius- who has always been my favourite 40k character took command of my force, which also included a Scorpius Whirlwind (Forgeworld IA variant-using my old whirlwind model) and a landing pad to act as a fire base for my Contemptor and Centurions (cheesy yes, but I knew I was going to be needing a 4+invulnerable saves for the centurions..)

Siph's force included several new 'units' including 3 Devastator Centurions, Sternguard with Grav combi weapons and a squad of Scout bikers. Plus a Tac Sqd with a Grav Gun and some SM Bikes with Grav Guns. Two Vindicators formed the main guns of the army. 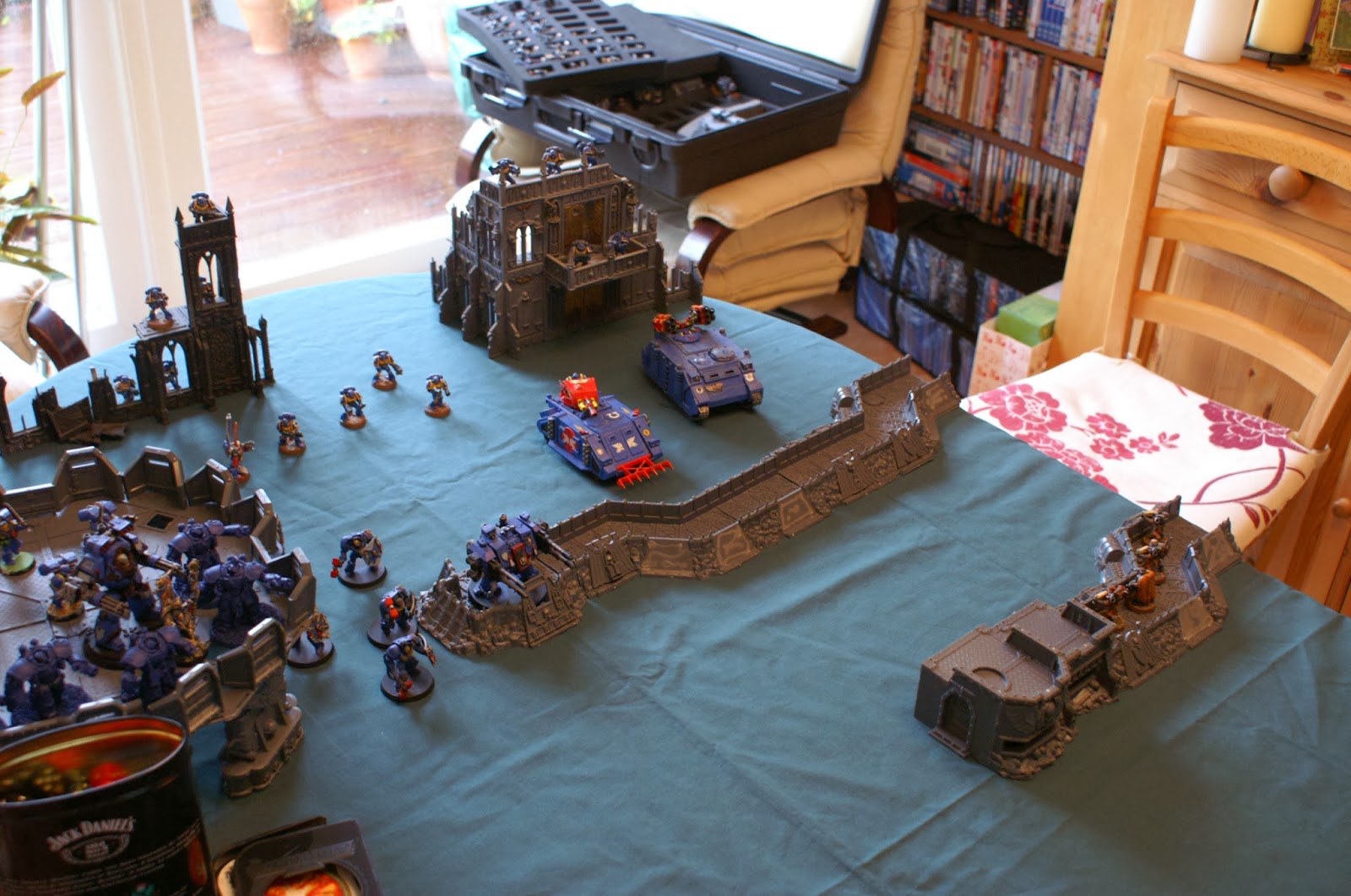 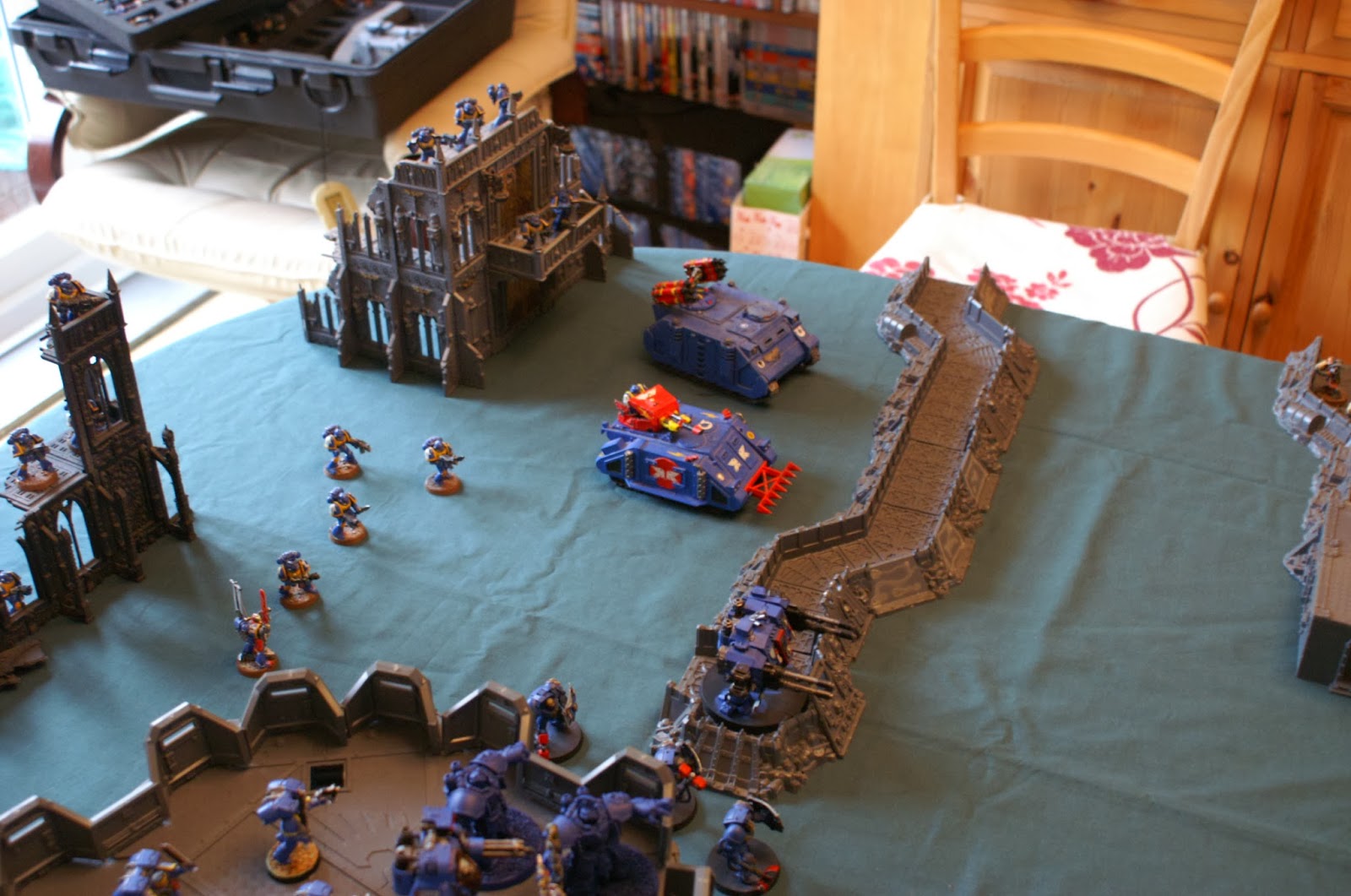 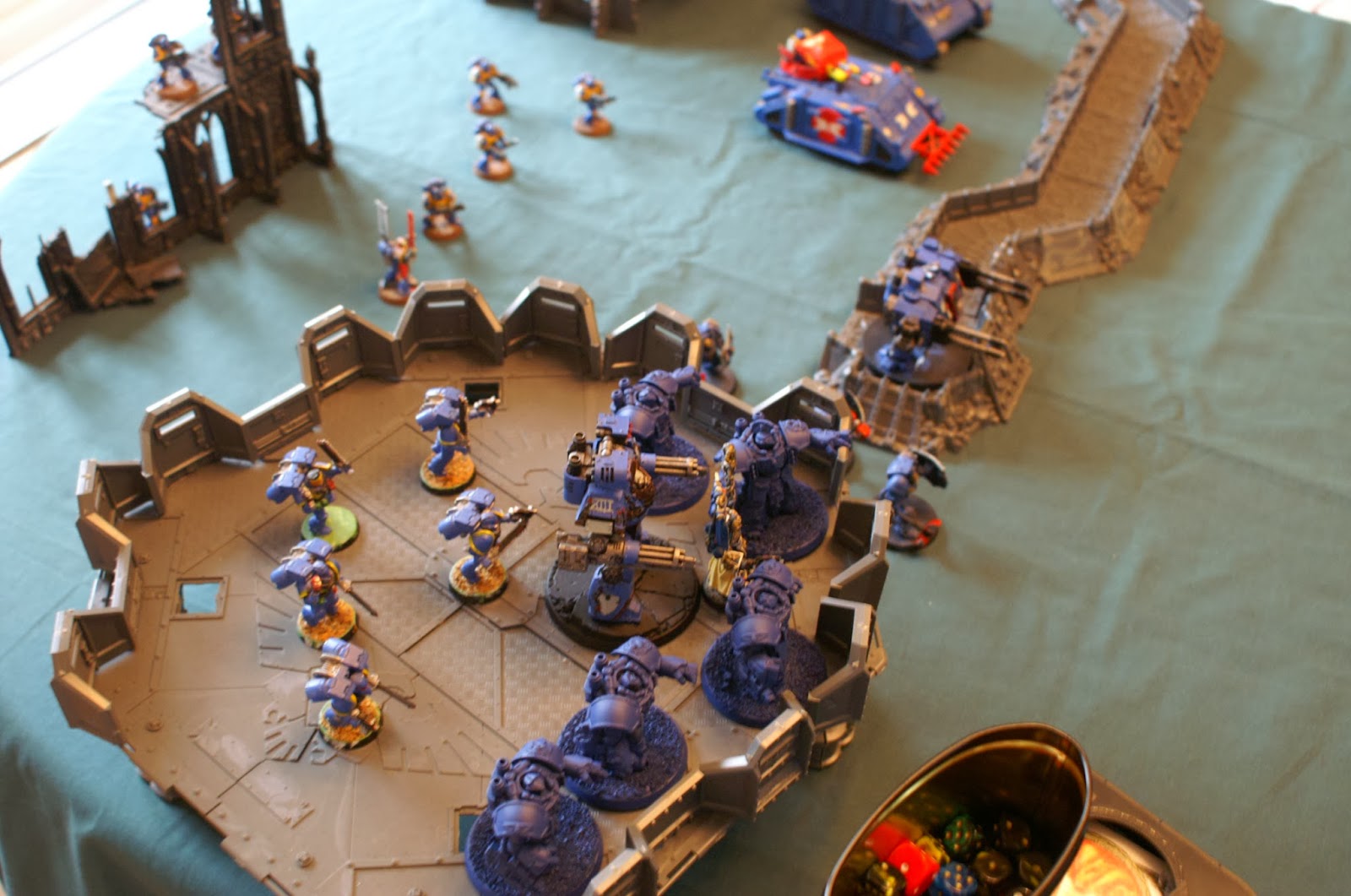 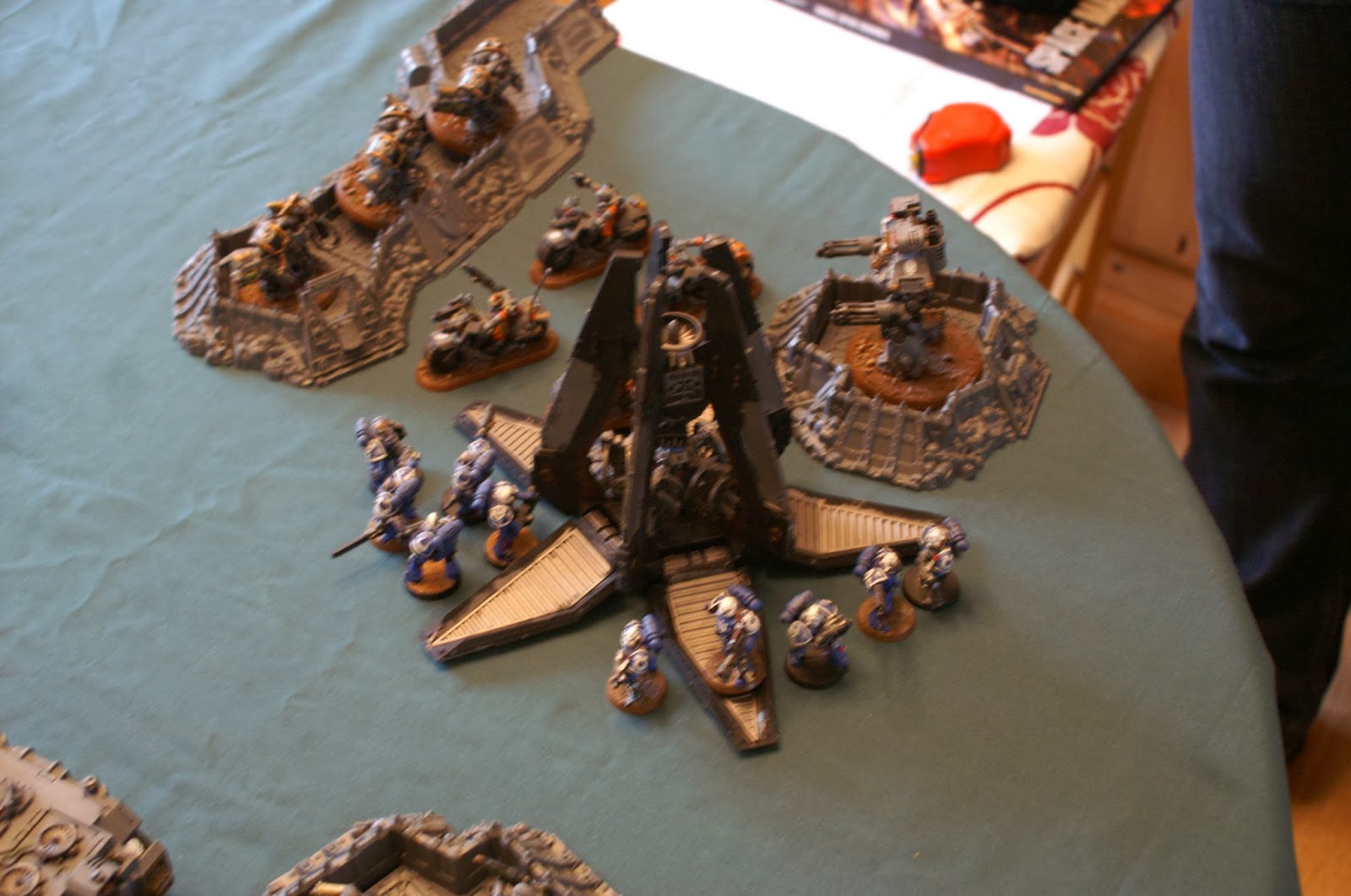 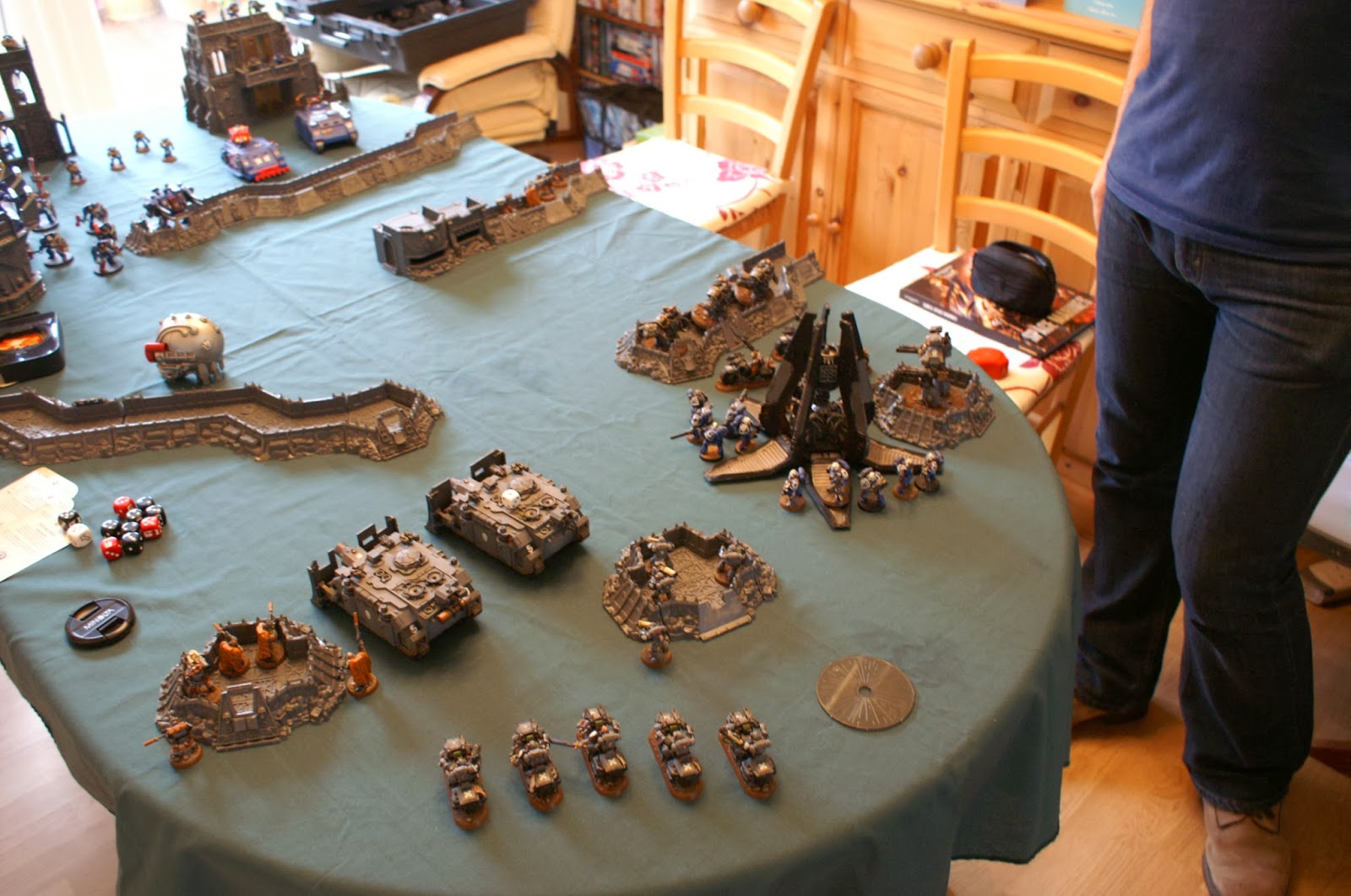 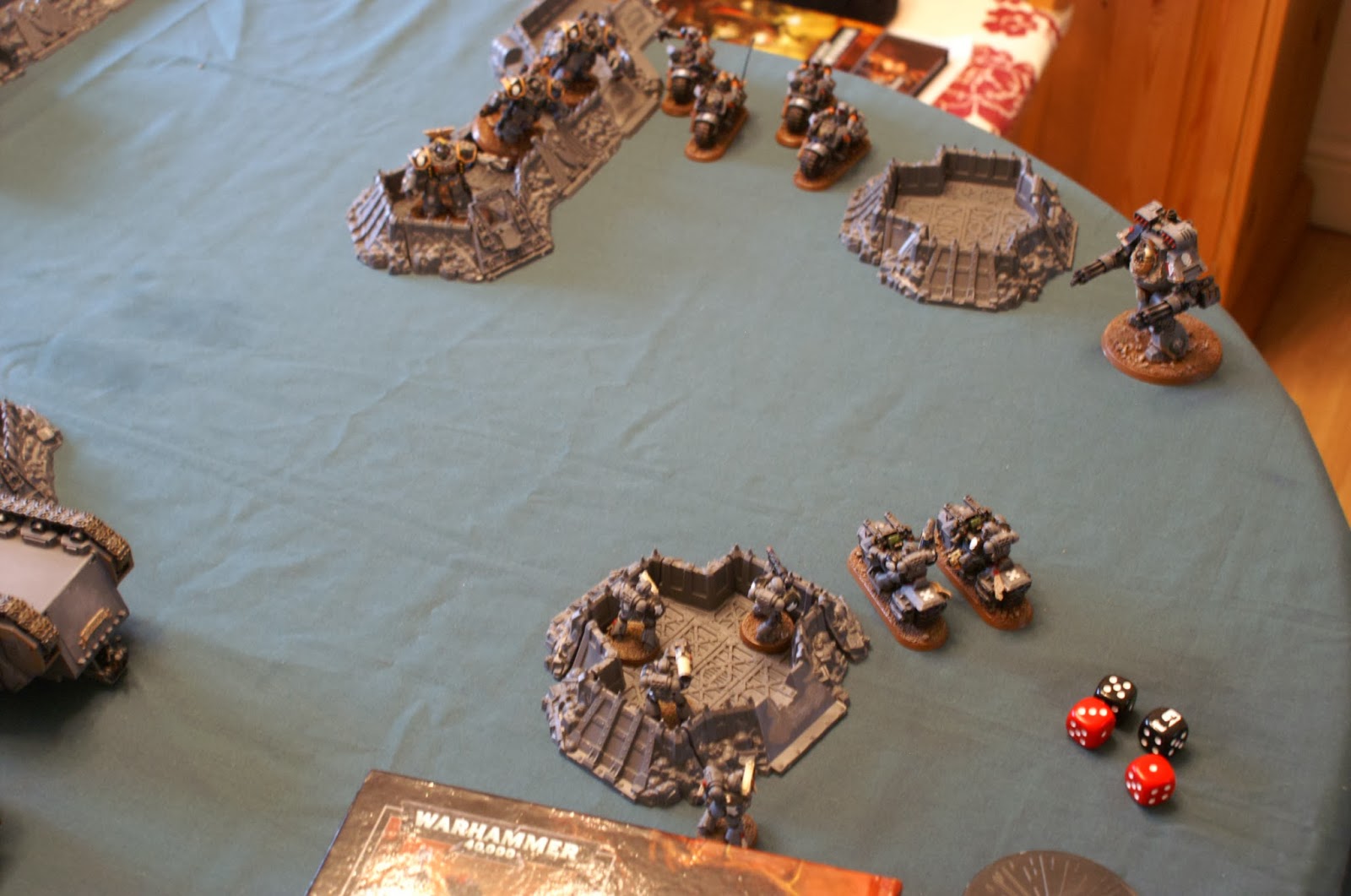 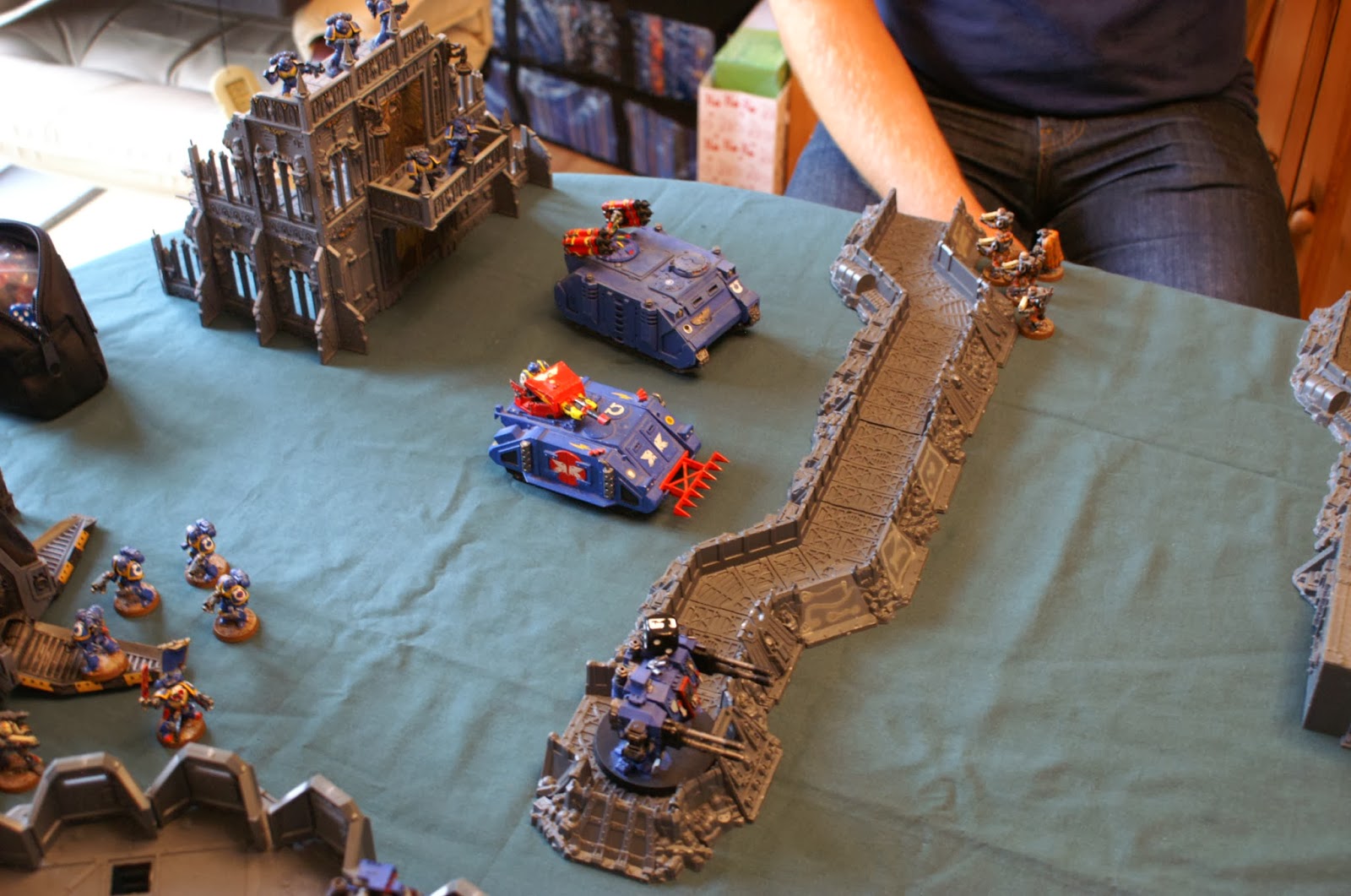 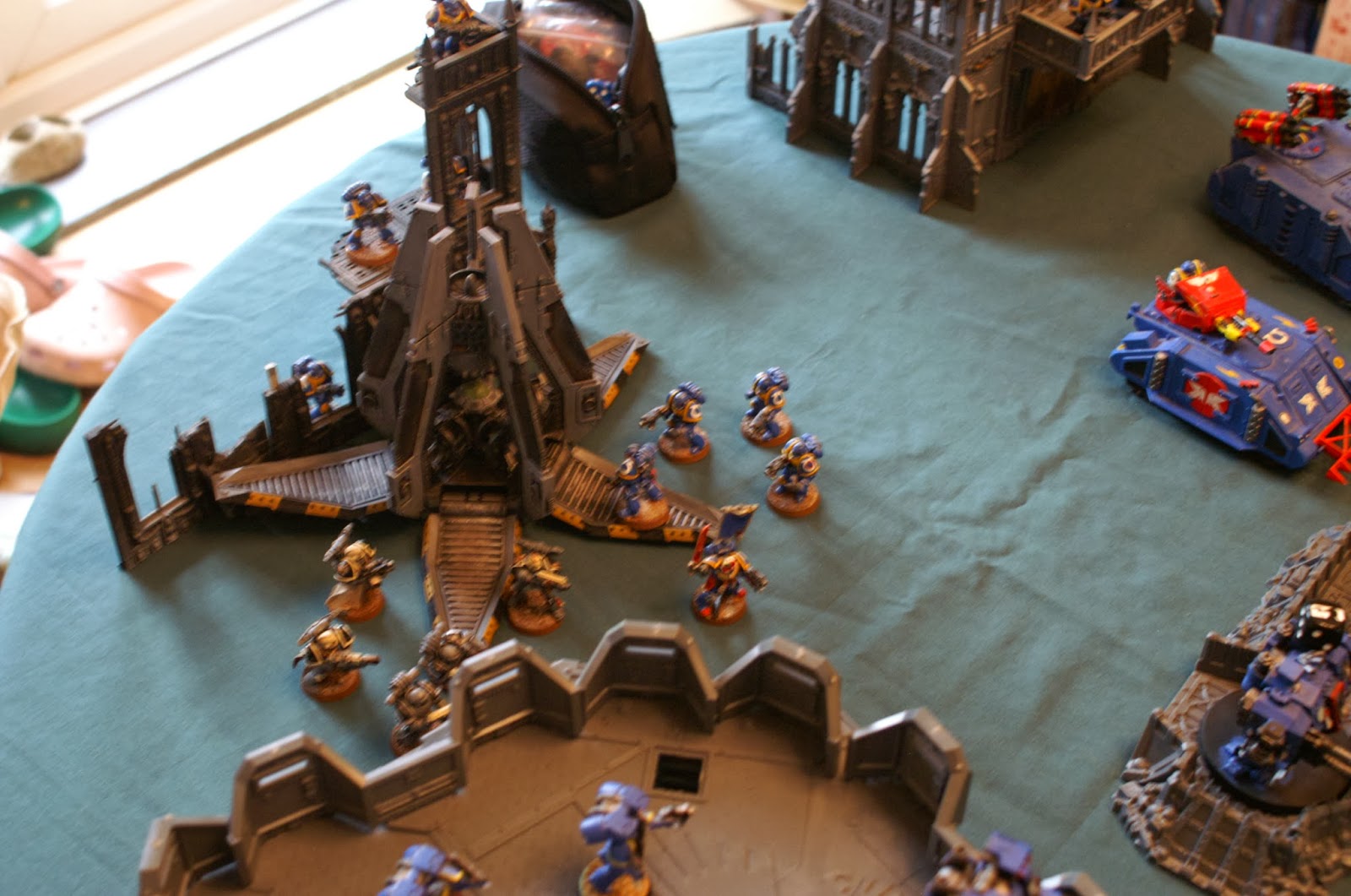 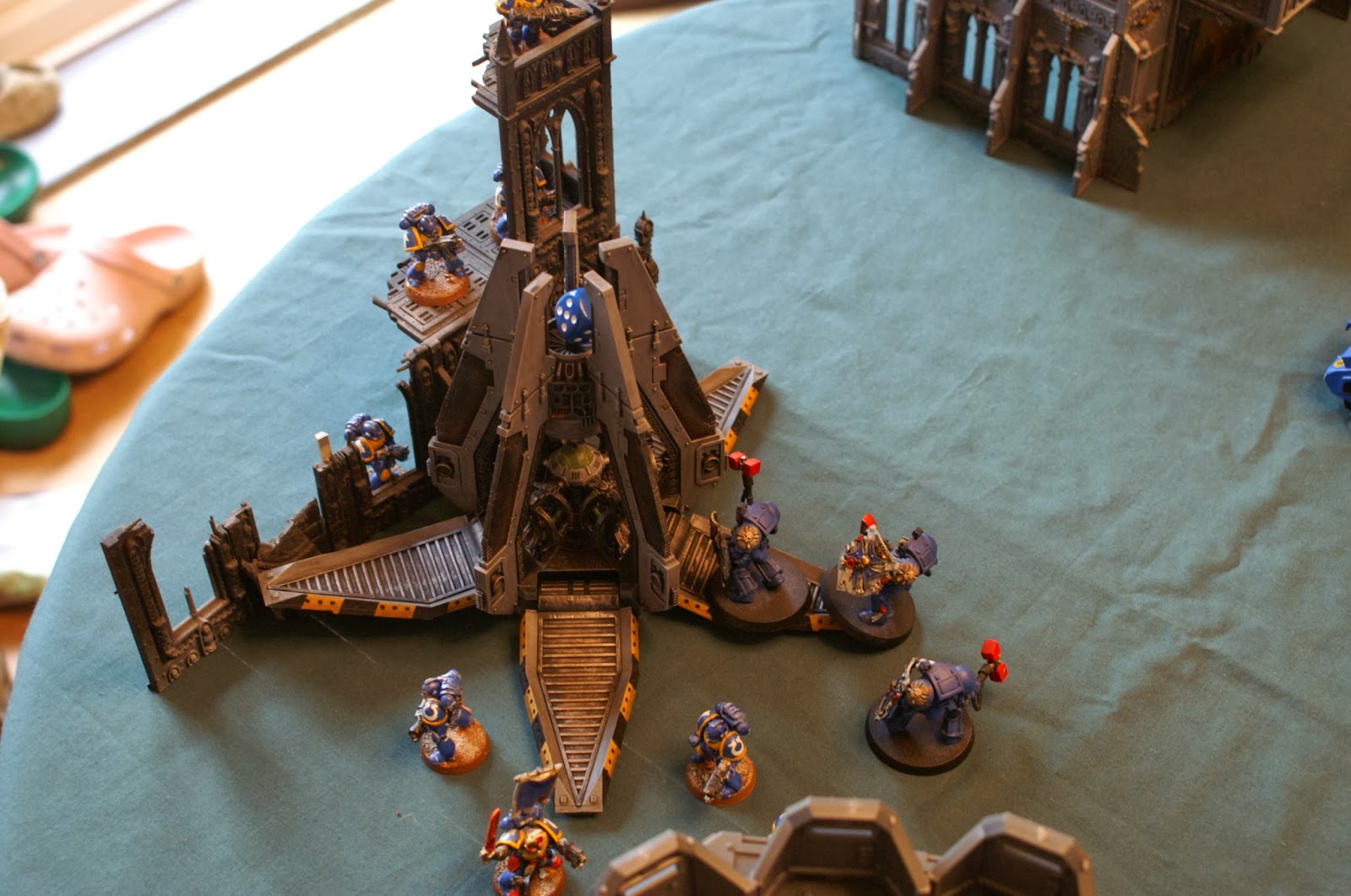 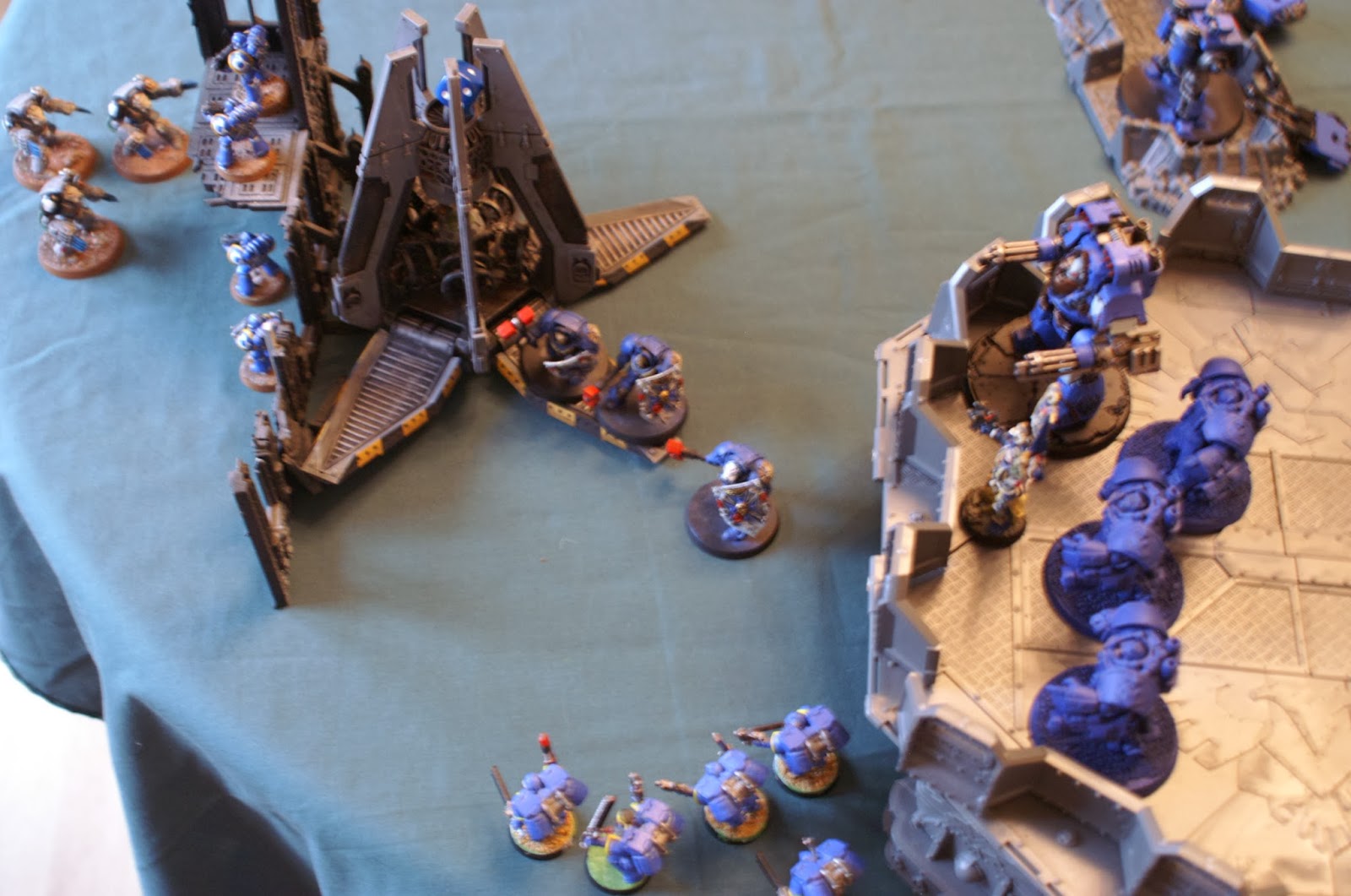 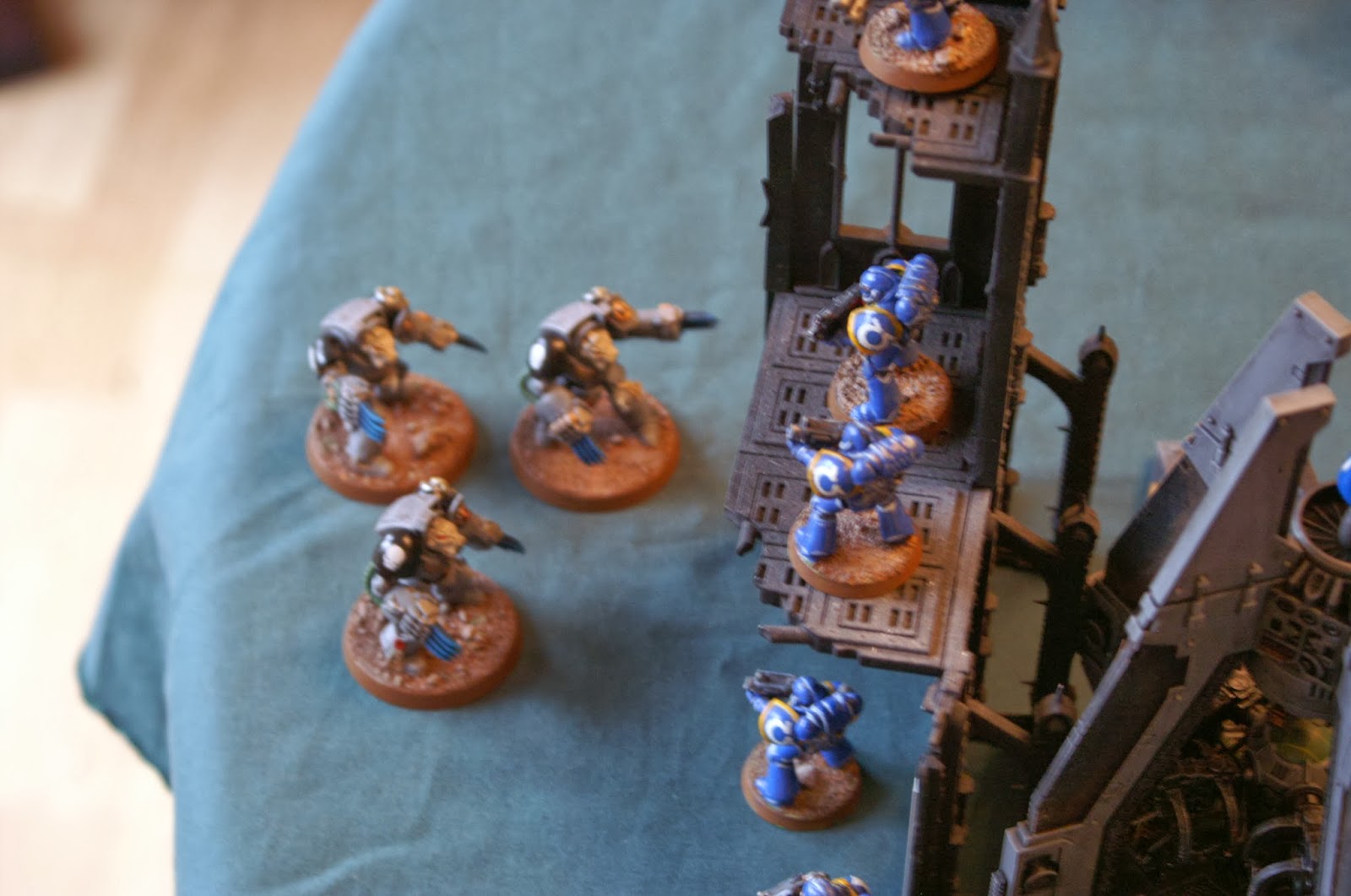 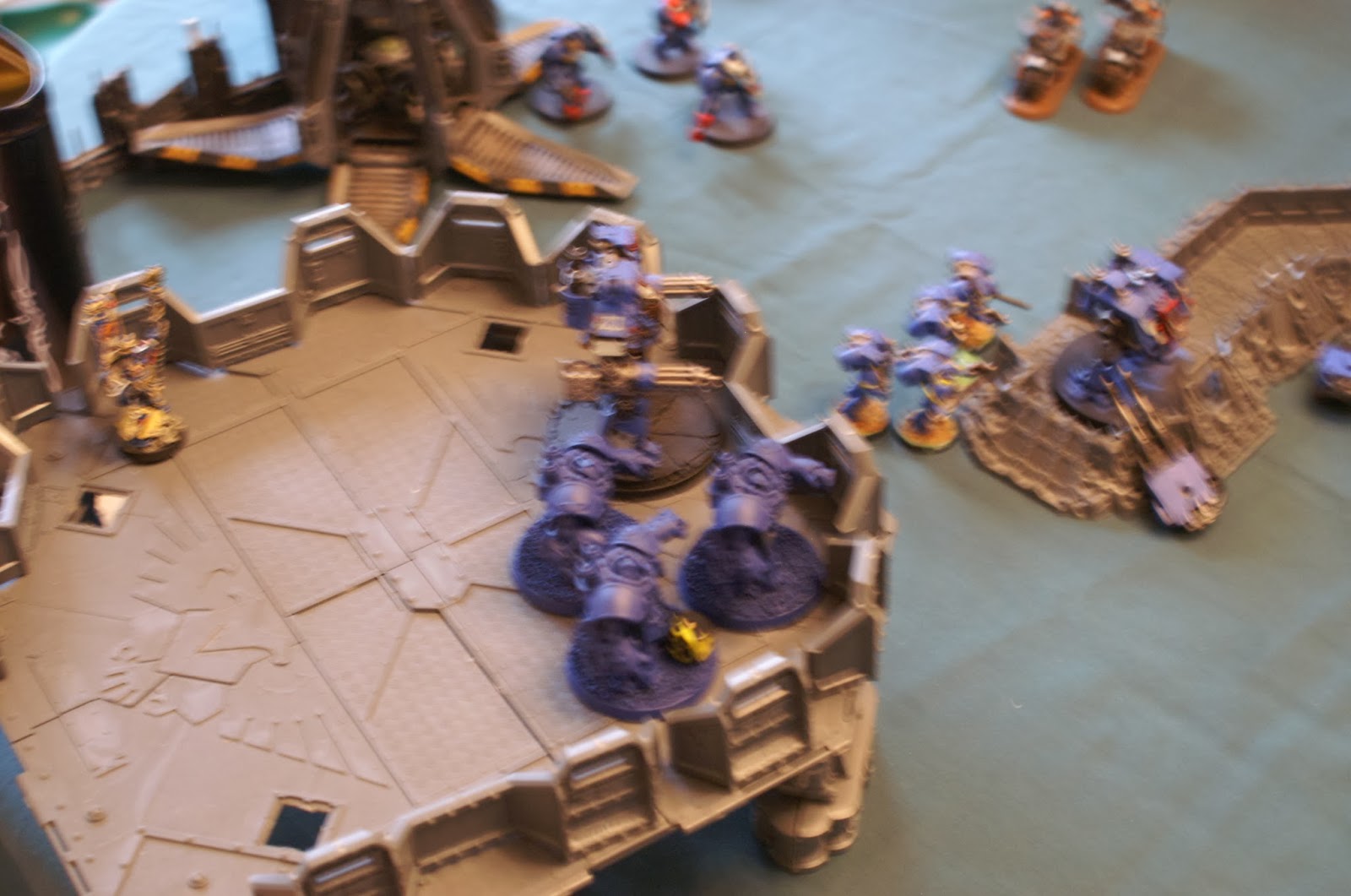 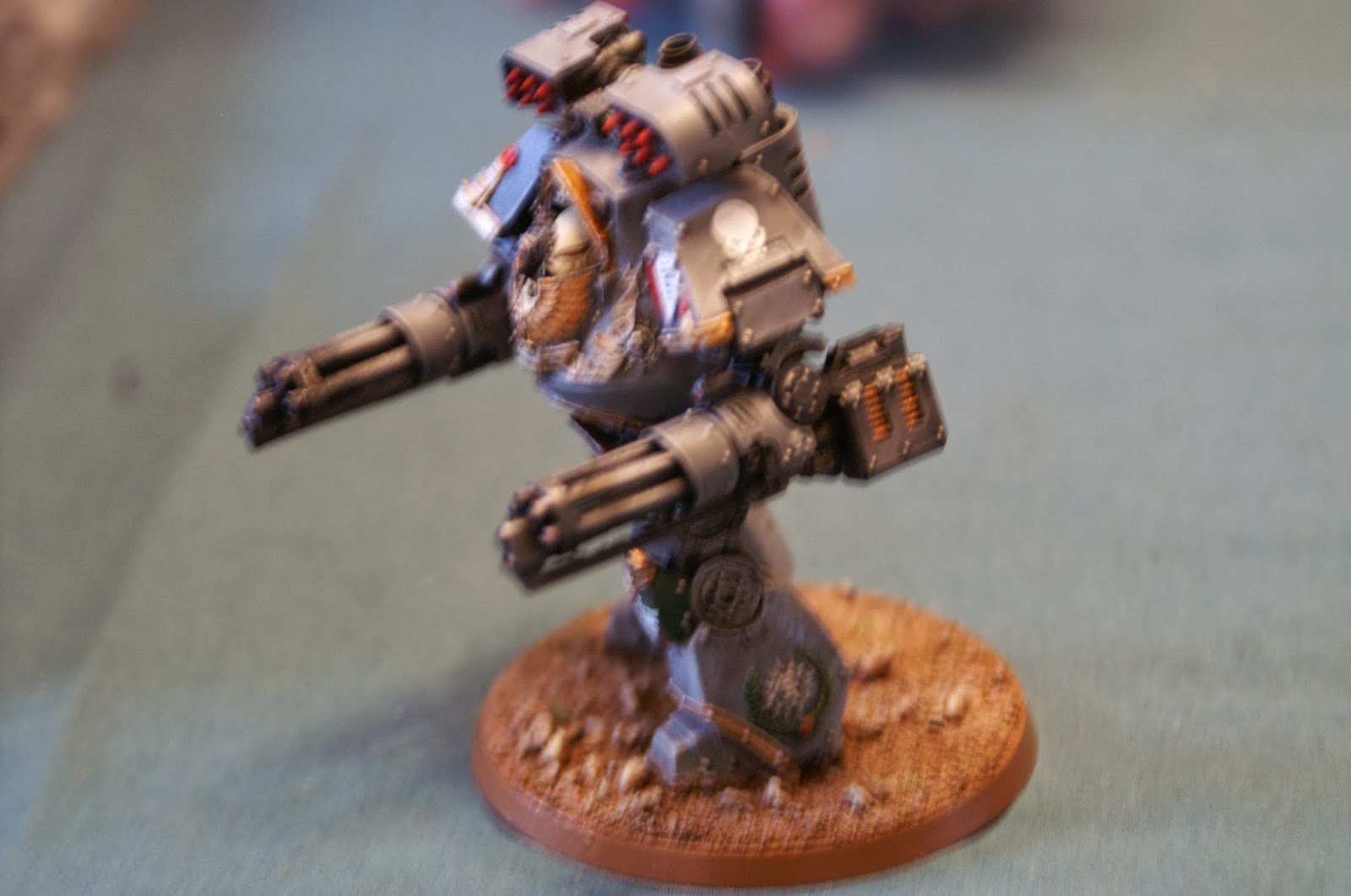 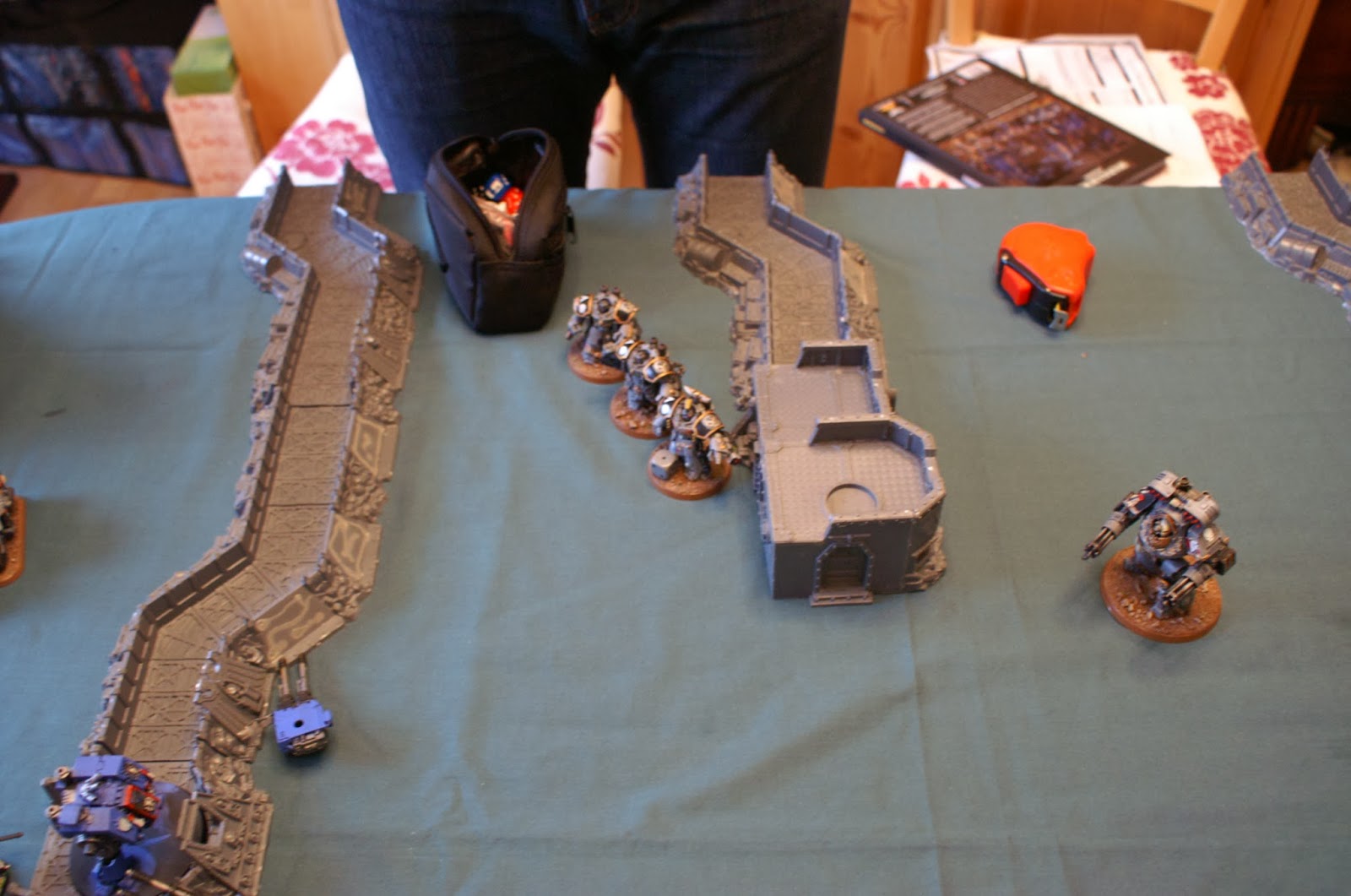 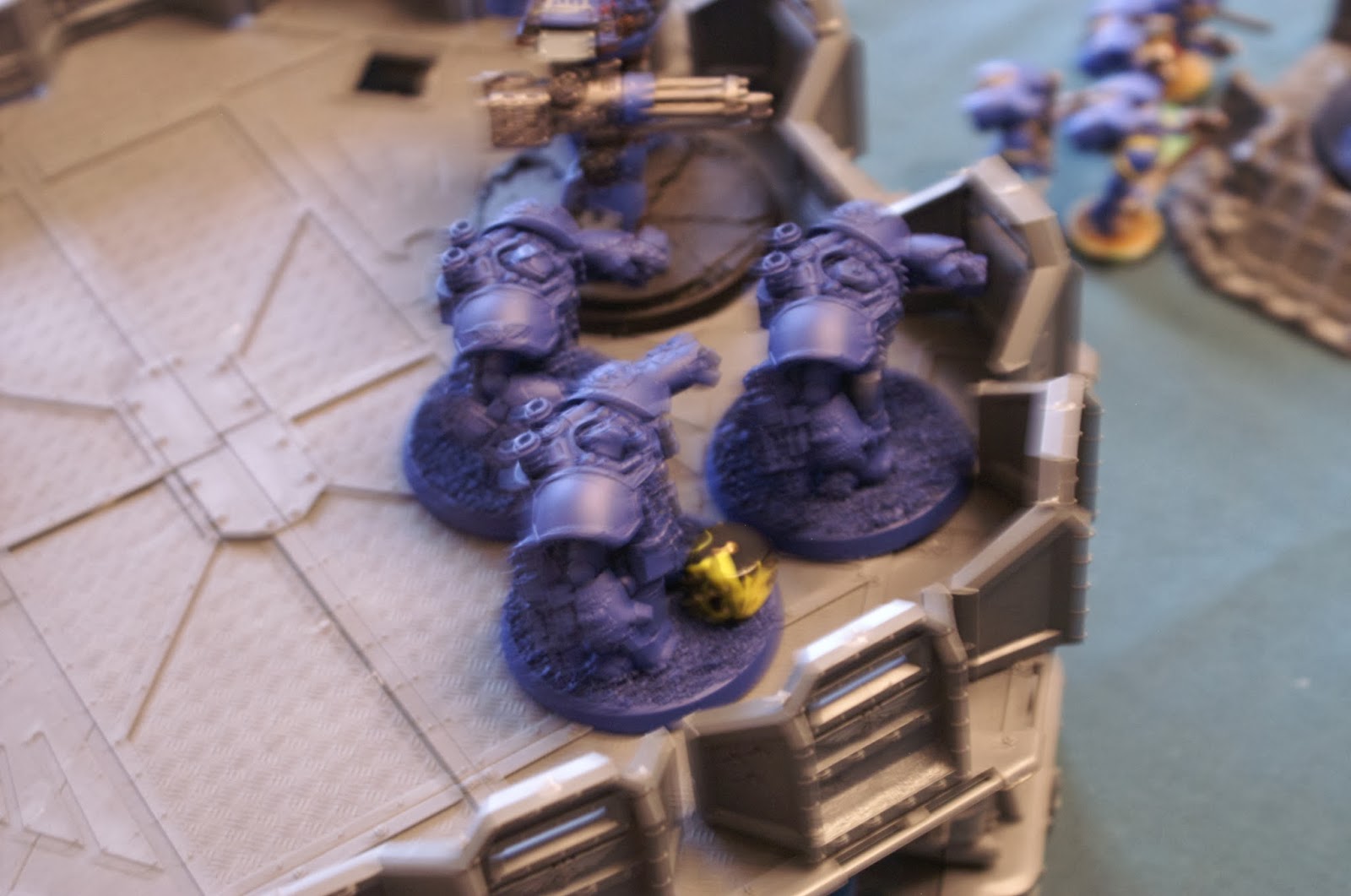 Turn 5- Relictors
End of game
As the battle concluded, points were calculated- a narrow Win for Lord Halfpenny- 12-10!!
Lord Halfpenny - I really enjoyed this battle, the plan to utilise the landing pad as a fire base worked perfectly- if very cheesey- (I'm sure this would of been a perfect plan in Gulli's eyes) the centurions and the contemptor 'duel off's' were my favourite parts, It was interesting to see how Tigurius got on with the new 'rules' I had hoped to have had 'iron arm' and ploughed him into the middle, however my rolling, and re-rolling failed me to start! I also really liked, and was impresed by the Scorpius- so much so I've ordered one! (or two...)

Siph - I was surprised of the effectiveness of the 4++ save given by the Landing Pad, sneaky Lord Halfpenny. My first tactic was to land a pod on the Landing pad and shoot the Centurions with the Sternguard, however that was foiled by positioning so I opted for shooting the Termies, but Storm Shields did their work and saved the squad I targeted. The duels of the Centurions were a highlight, but much to the dissapointment of my Centurions. I could have stayed out of range and danced off, however I chose to play all or nothing - but failing. Nevermind, a very enjoyable game. Next time I'll just target the Landing Pad building itself with the Vindicators - destroying it would have saved me a lot of frustration and hit the units sheltering on it!
Here's to the next encounter!!