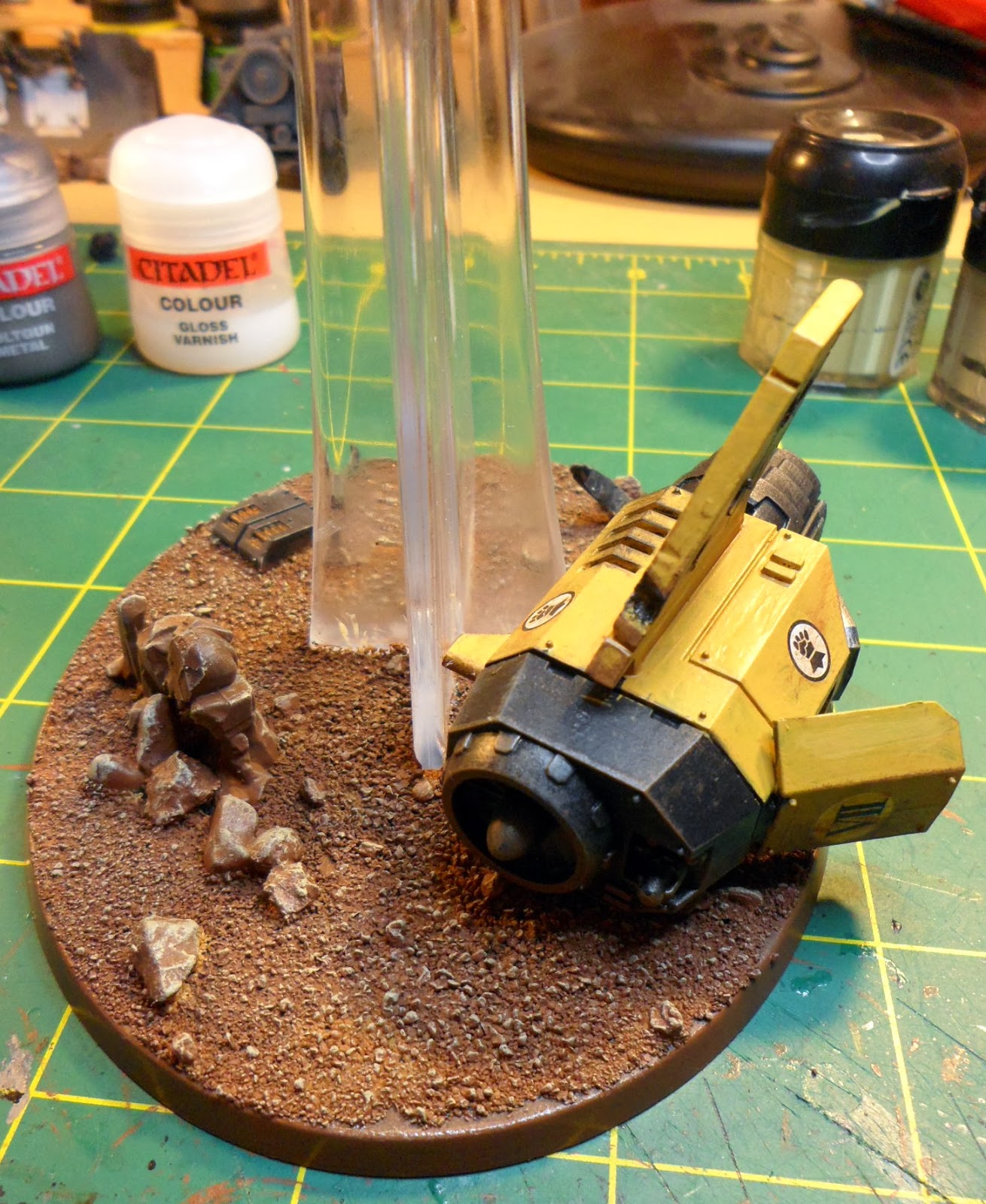 As mentioned in a previous post, one of my Christmas presents was a Necron Obelisk / Transcendent C'Tan and now the base is done for the superheavy skimmer. I also wanted to add something to the flying base as I mentioned in my StormTalon post, the flying bases are great opportunities to add a more cinematic touch to your miniatures but often left empty and wanting. 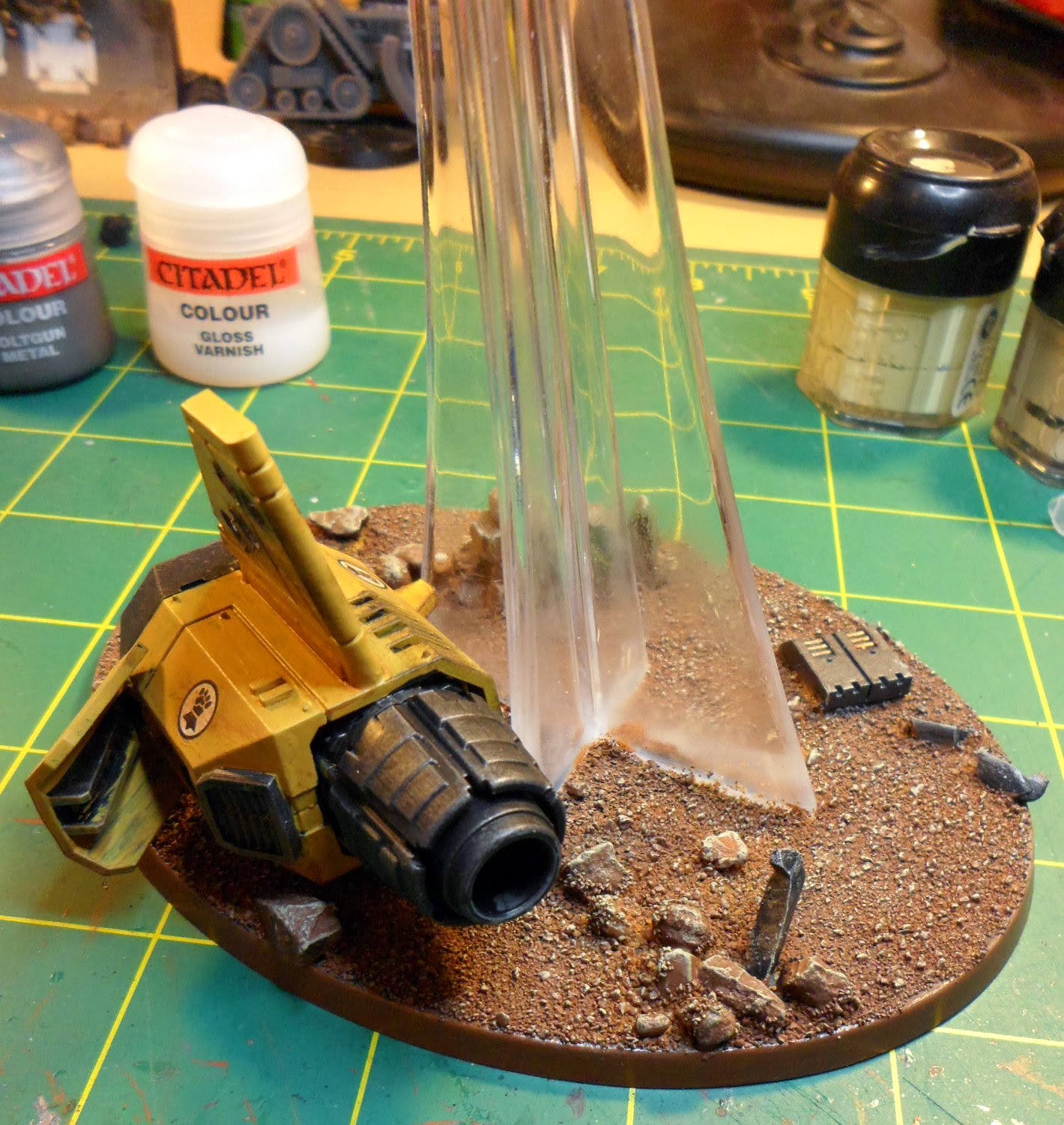 When I bought the StormTalon's ages ago I was missing an engine thruster so I bought some bits on e-bay to replace the missing part - the upside of this is I have enough engine and wing parts to decorate a number of bases as either this one or as a gaming 'flyer destroyed' marker... 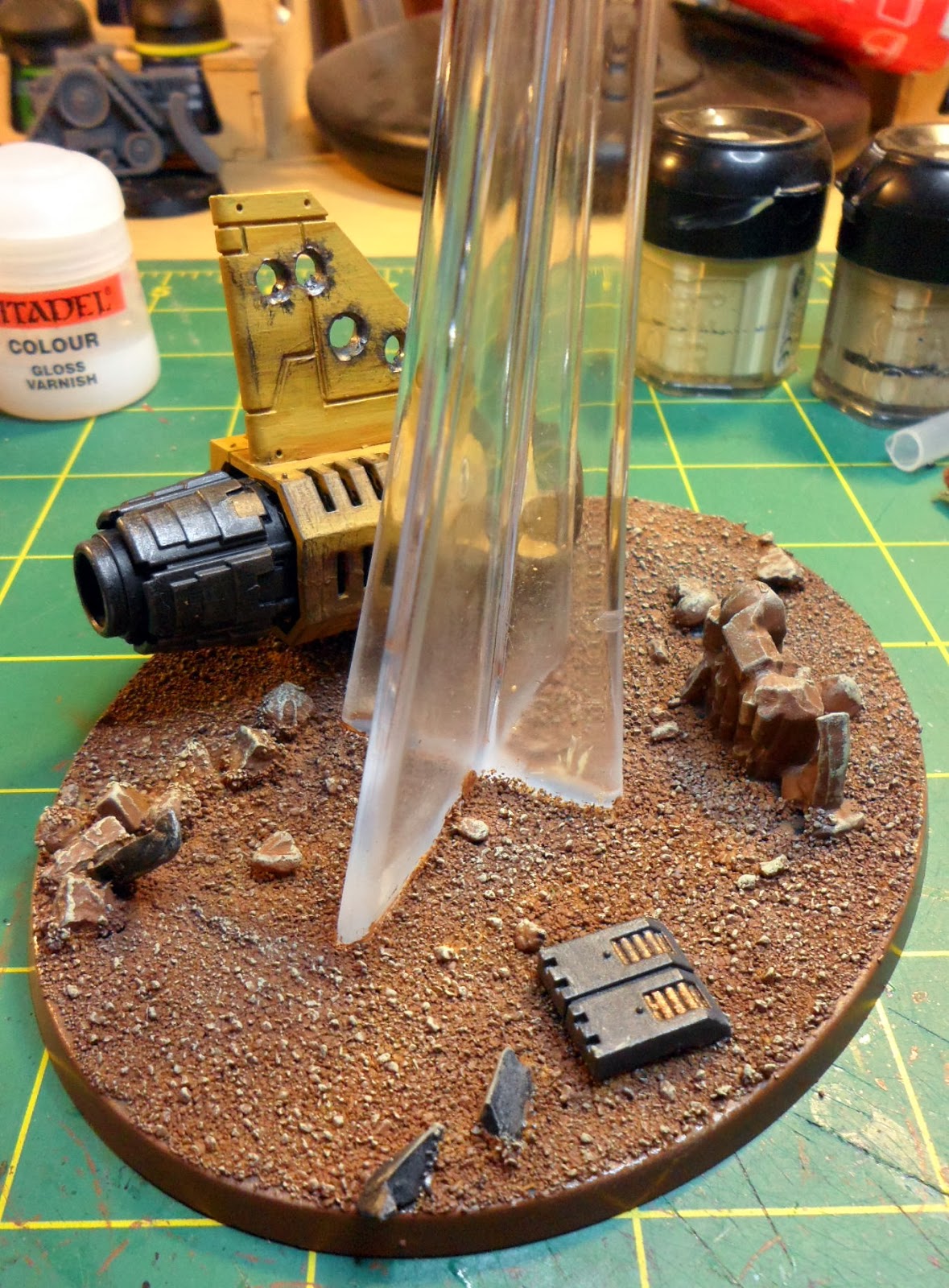 The choice of Chapter to paint the pieces as was a tough one, my Relictors or Lord Halfpenny's Ultramarines or something different? So I opted for Imperial Fists to brighten up an otherwise dark miniature, and complement the blue scheme with some yellow. It was also an opportunity to practice some yellow and weathering - so glad my Relictors are a more forgiving Grey!!