Hi again. I picked up this tank as part of Ramshackle Games Brothers of Iron Kickstarter. I pledged around £30 and got the tank and some soldier figures that I will be using for Cultists/Renegade Guard (when I get around to it). 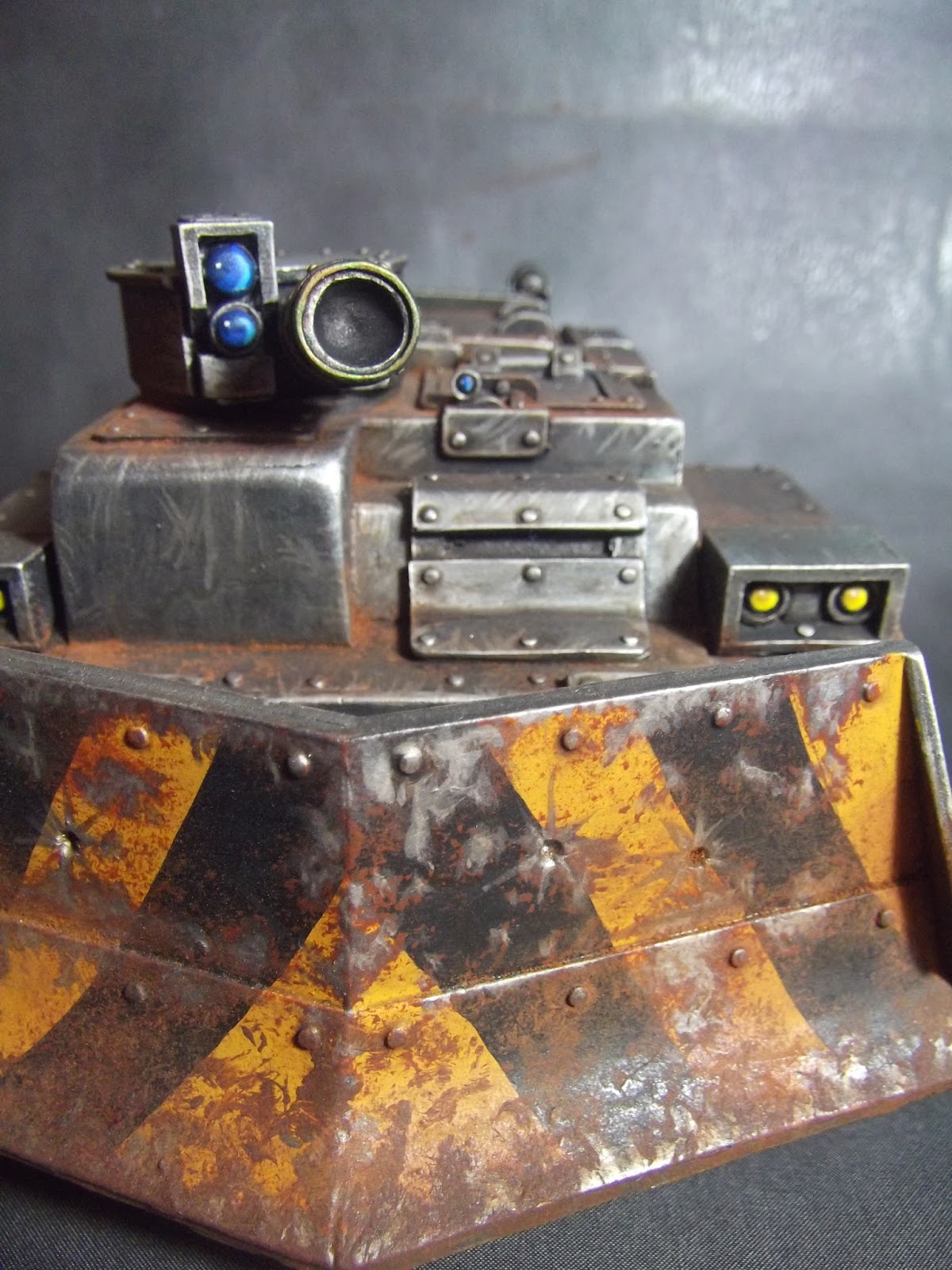 The tank is about the same size as a Rhino - so I will be using it as a counts-as  if I ever need a spare for my Iron Warriors, or for the other projects I've mentioned. 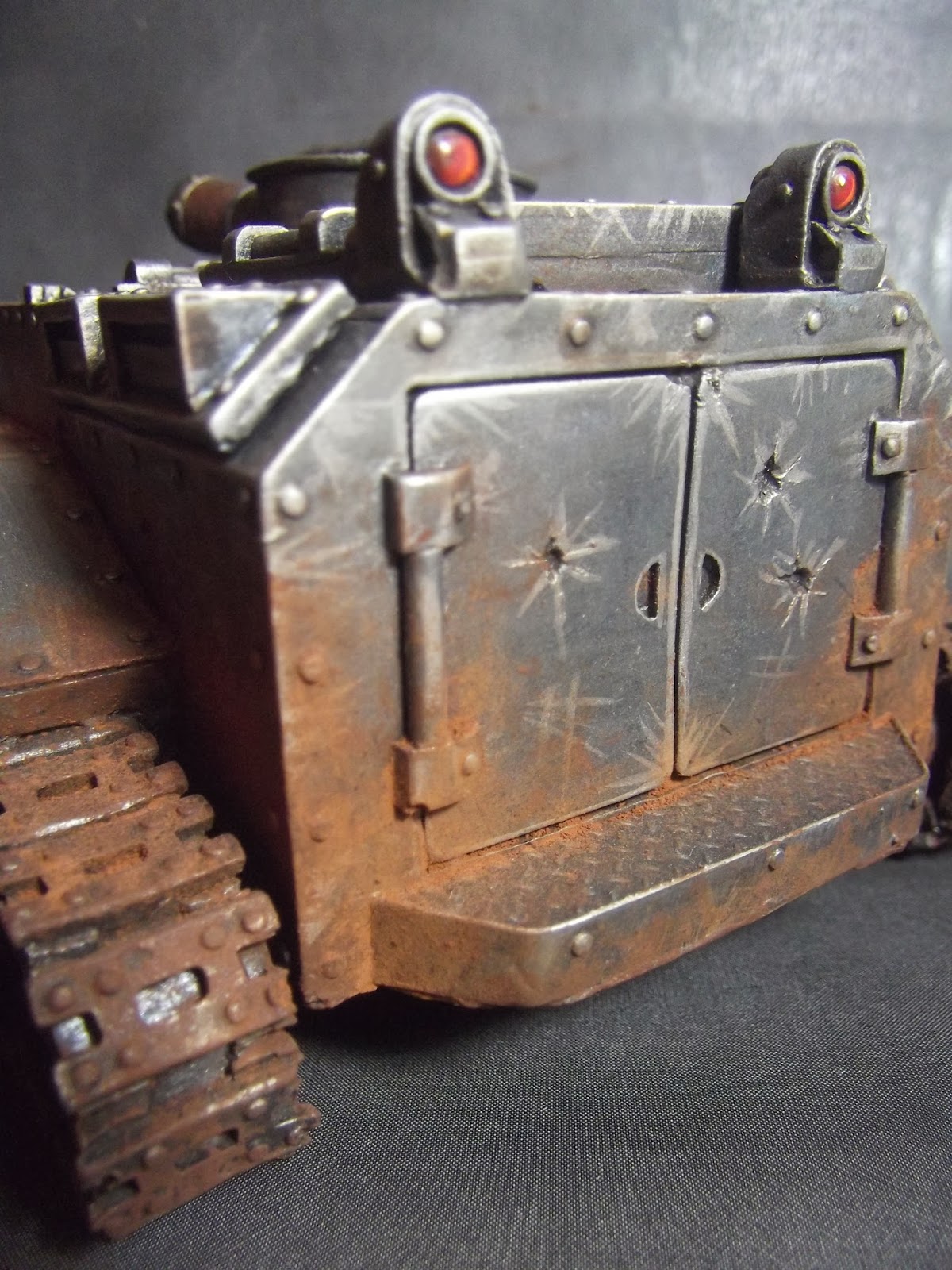 The sculpt is pretty nice - lots of rivets and the tracks are more interesting than GWs offerings, although it is a little light on weapons (you get loads in the kit, but not many hard-points to fix them to). I went with the mini-cannon so it can be a Havoc Missile launcher. 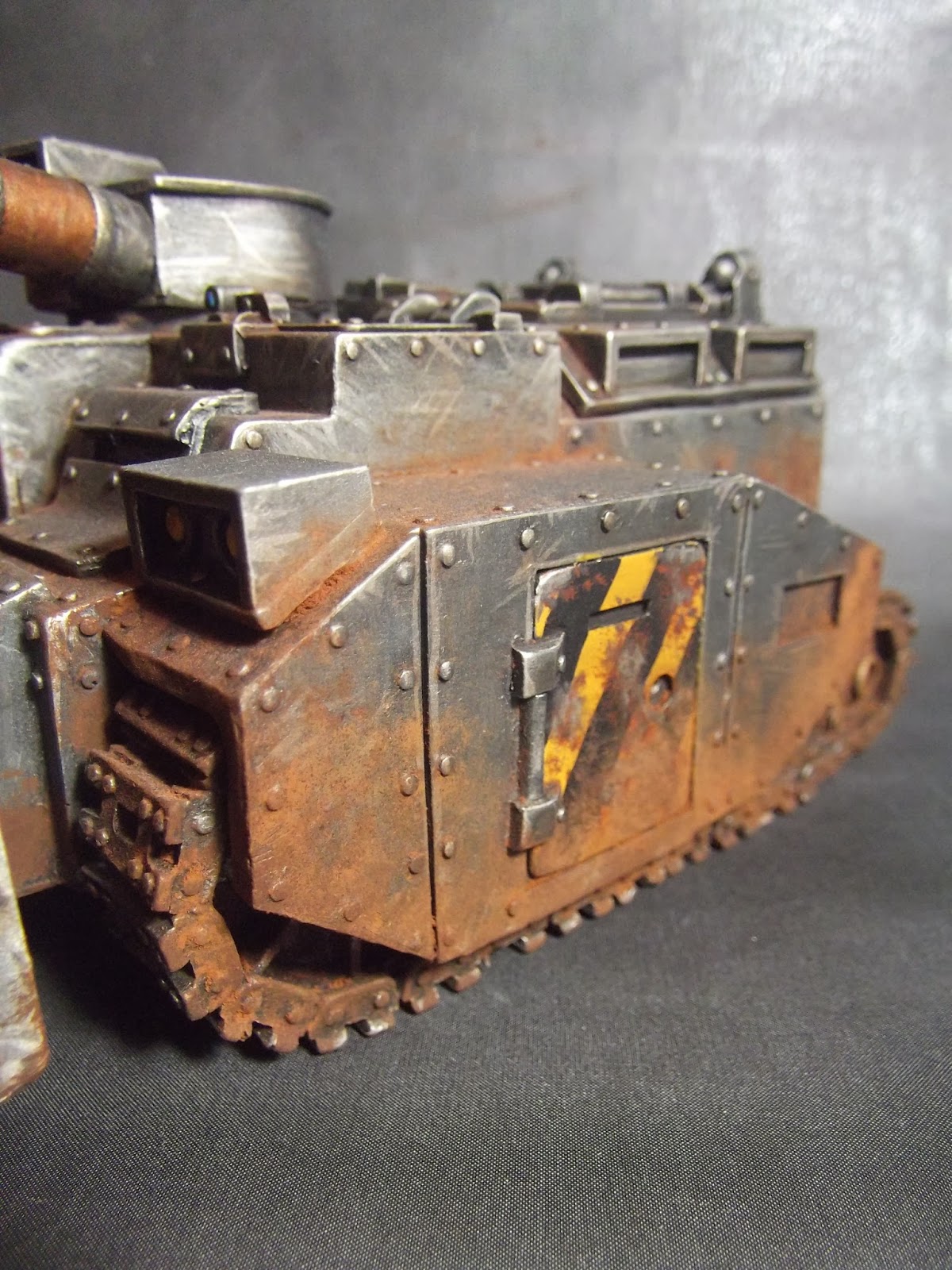 The thing weighs a ton - its mad up of 2 or 3 solid blocks of resin - so don't want to drop that on anything... 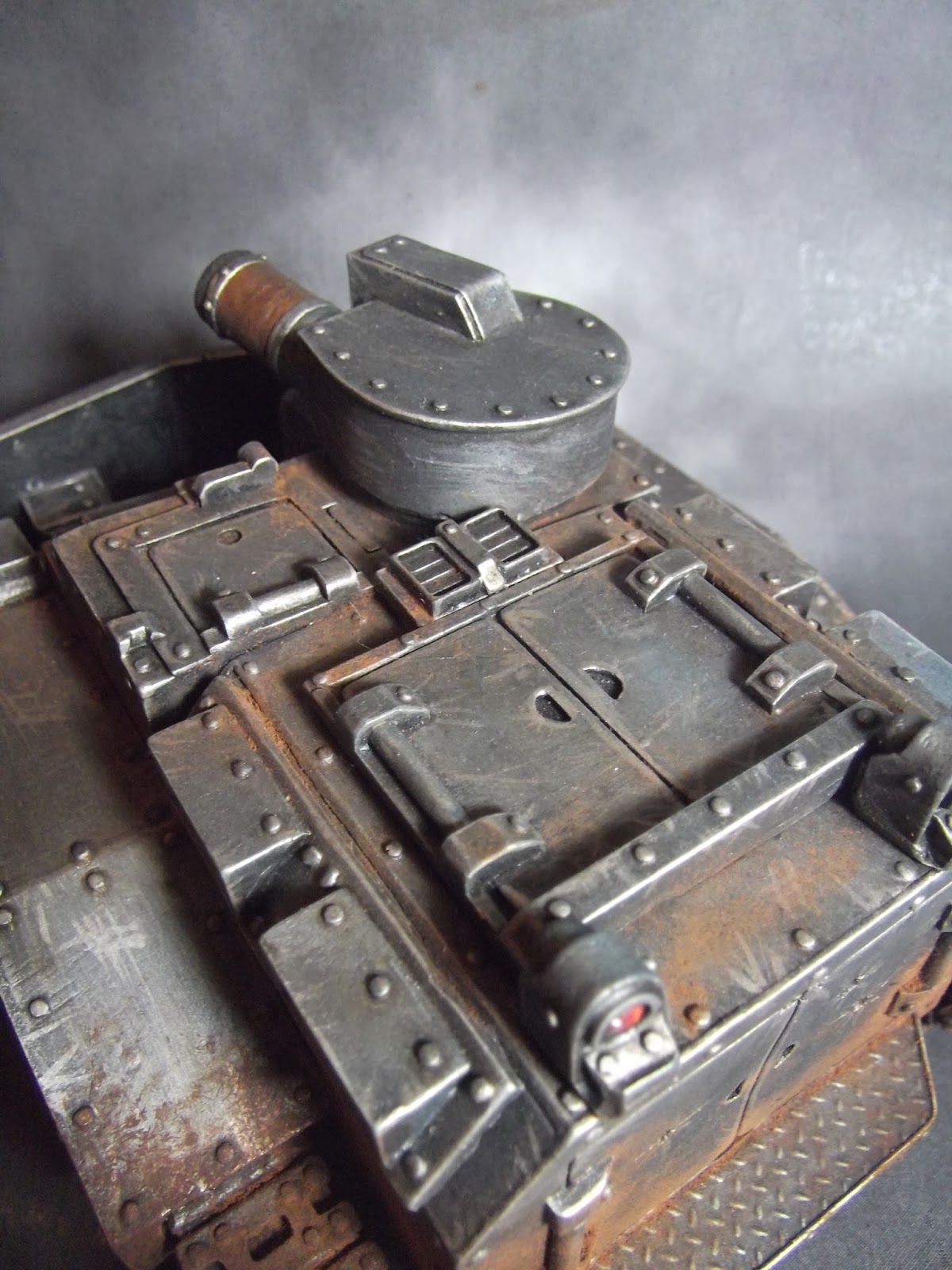 It got painted up as normal for my Iron Warriors, with plenty of weathering butI left off any sort of Iron Warrior insignia for now - it looks the part with the rest of my army but I have a theme I am going for in my head with the Renegade Guard, so am sticking to that for now. 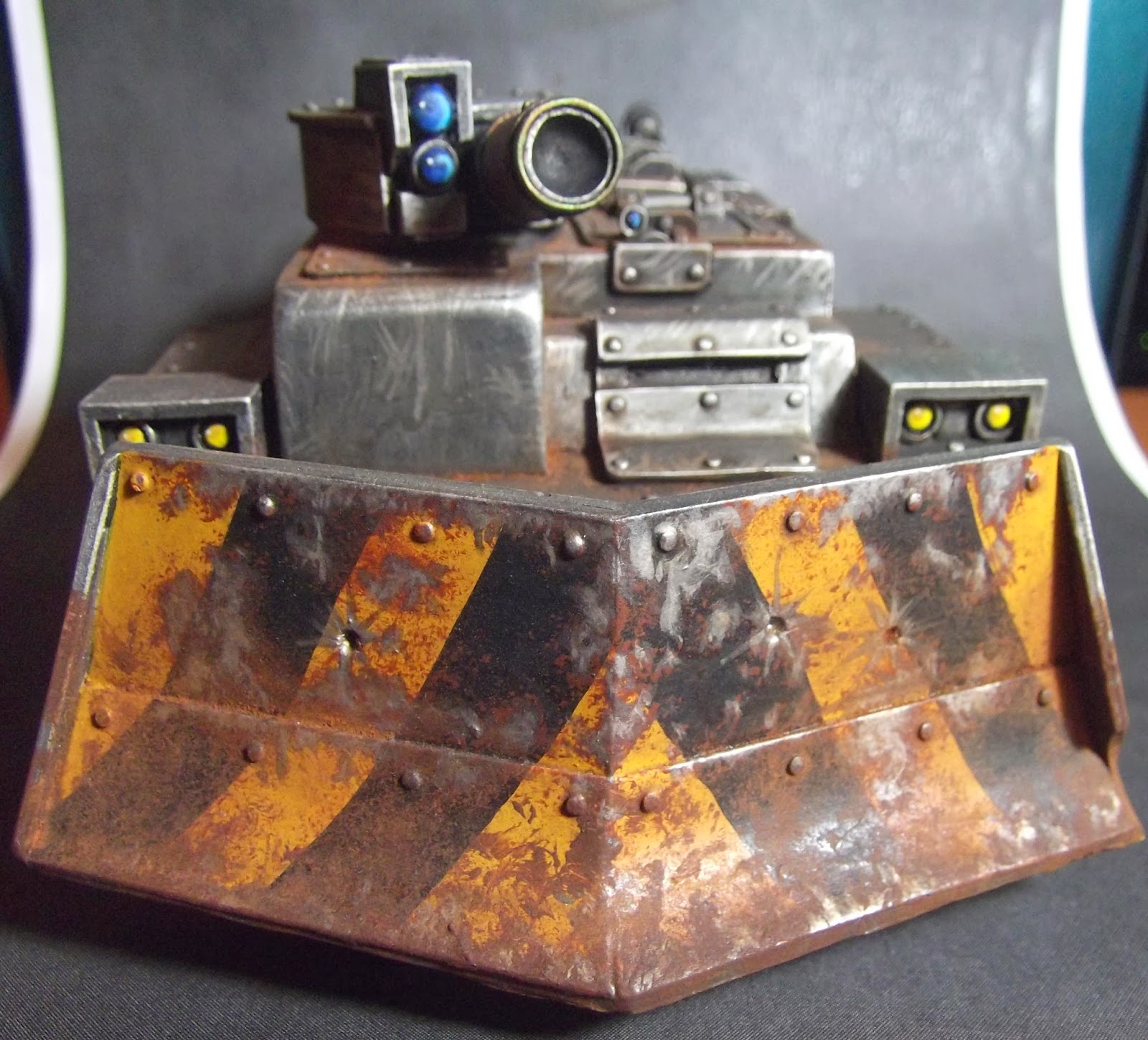 Here is a side-by-side pic with a Rhino for some scale - pretty close eh? 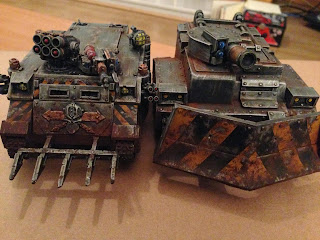