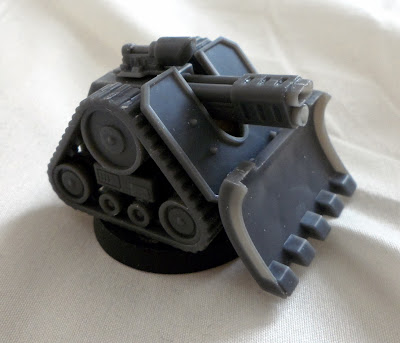 I recently backed a successful Kickstarter campaign and the plastics company are based just up the road from me, so when I saw that they were doing 'combi-weapon' style plastic weapons, I was sold and backed - who wants to pay ebay prices for a combi-weapon?! 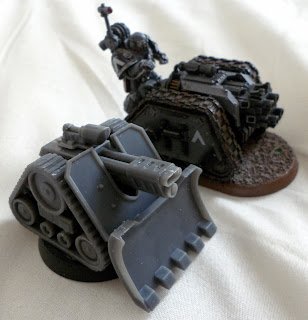 They were also doing a tracked weapon as pictured above, too small for a Thunderfire but ideal for maybe Imperial Guard heavy weapon teams or as an alternative to Forgeworld Rapier Batteries. I have three FW Heavy Bolter Rapiers and love them, I love the snub nose lethality of them and wouldn't change them, however if I want some Laser Batteries, then maybe these will make a great cheap alternative! 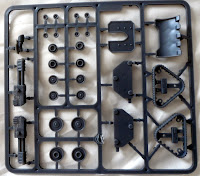 Not as detailed as FW resin, but good enough for the table top. This is the weapon carriage sprue, no flash, good moulds and plastic slightly more brittle than GW plastics. Slightly tougher to file but good stuff. 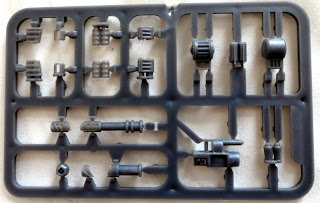 This is a 28mm miniature portable Heavy Weapon Sprue, makes a variety of weapons like FW Legion Heavy Weapon Squads, again not as detailed but good for table top. 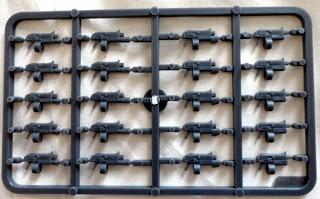 The combi-style weapons, plenty of them too! 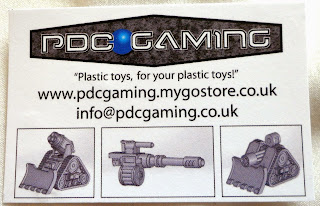 And finally, the company themselves, good luck to them. Plastic toys indeed for my plastic weemen. Nice additions.
Posted by Siph_Horridus