I have been working on a project for some time now for my marines, a project which was 'in my head' for some years..

I love the master of the ravenwing jetbike, and really wanted to include something similar with my marines- more for the look of the model than the rules set.. I decided to go for a master of the forge on the jet bike- in keeping with the fluff for the forge master. I had bought a jet bike some years ago, however I never got the project going due to being metal, and the thought of cutting into it to convert filled me with dread- then finecast arrived!

Siph bought me the Jetbike for my birthday last year, I had already planned and purchased the 'weapon of choice' from forgeworld- a conversion beamer. 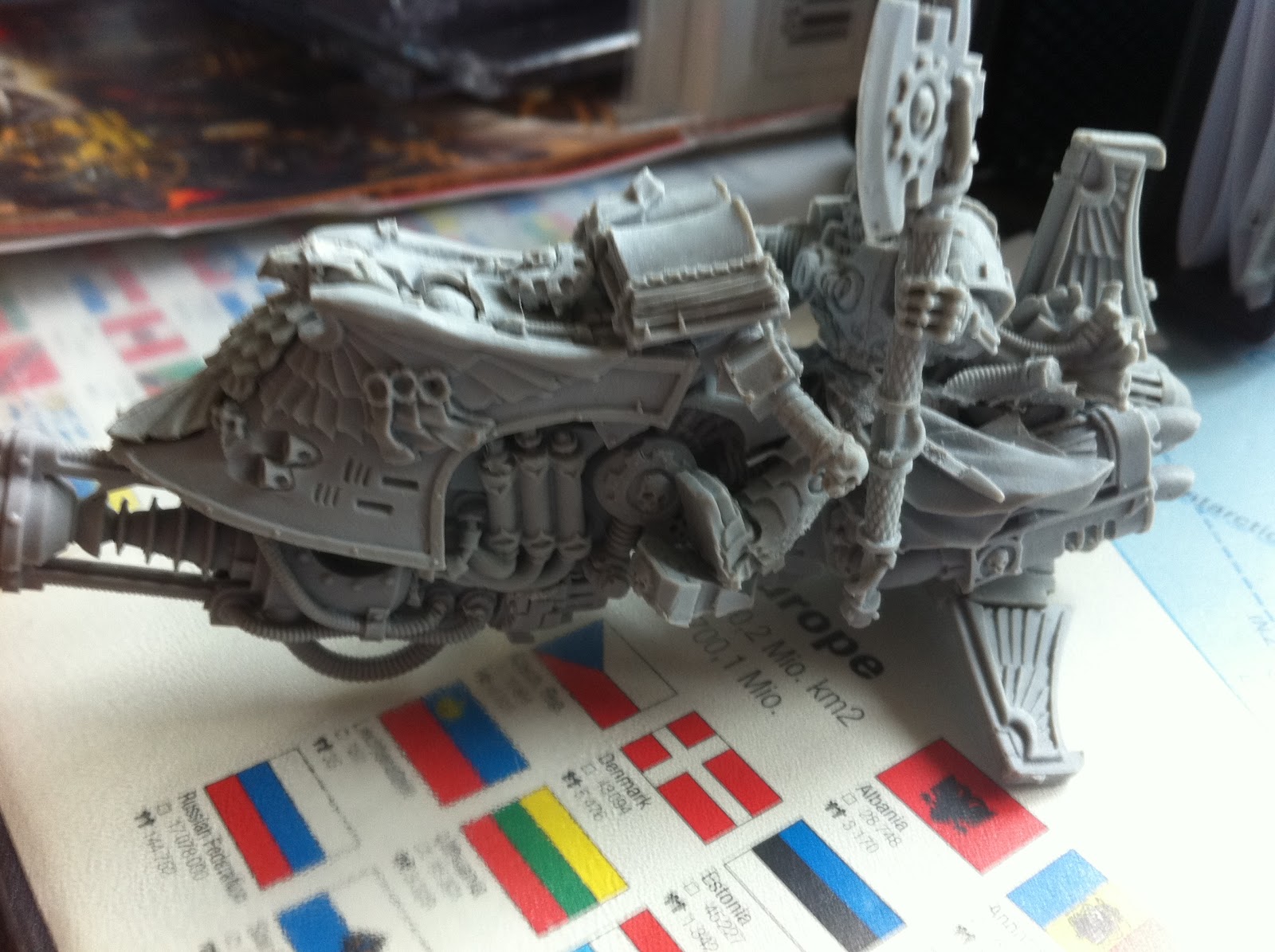 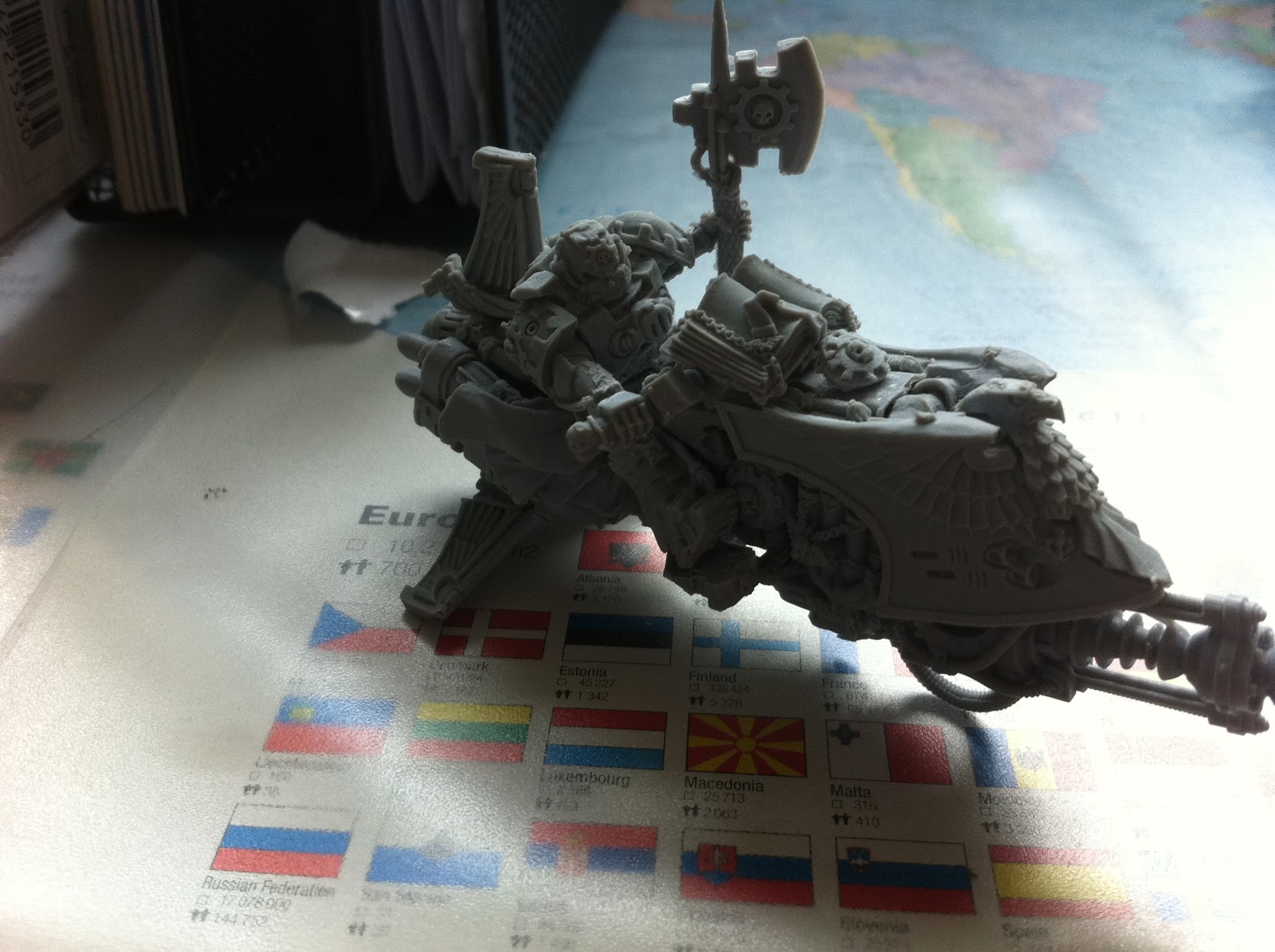 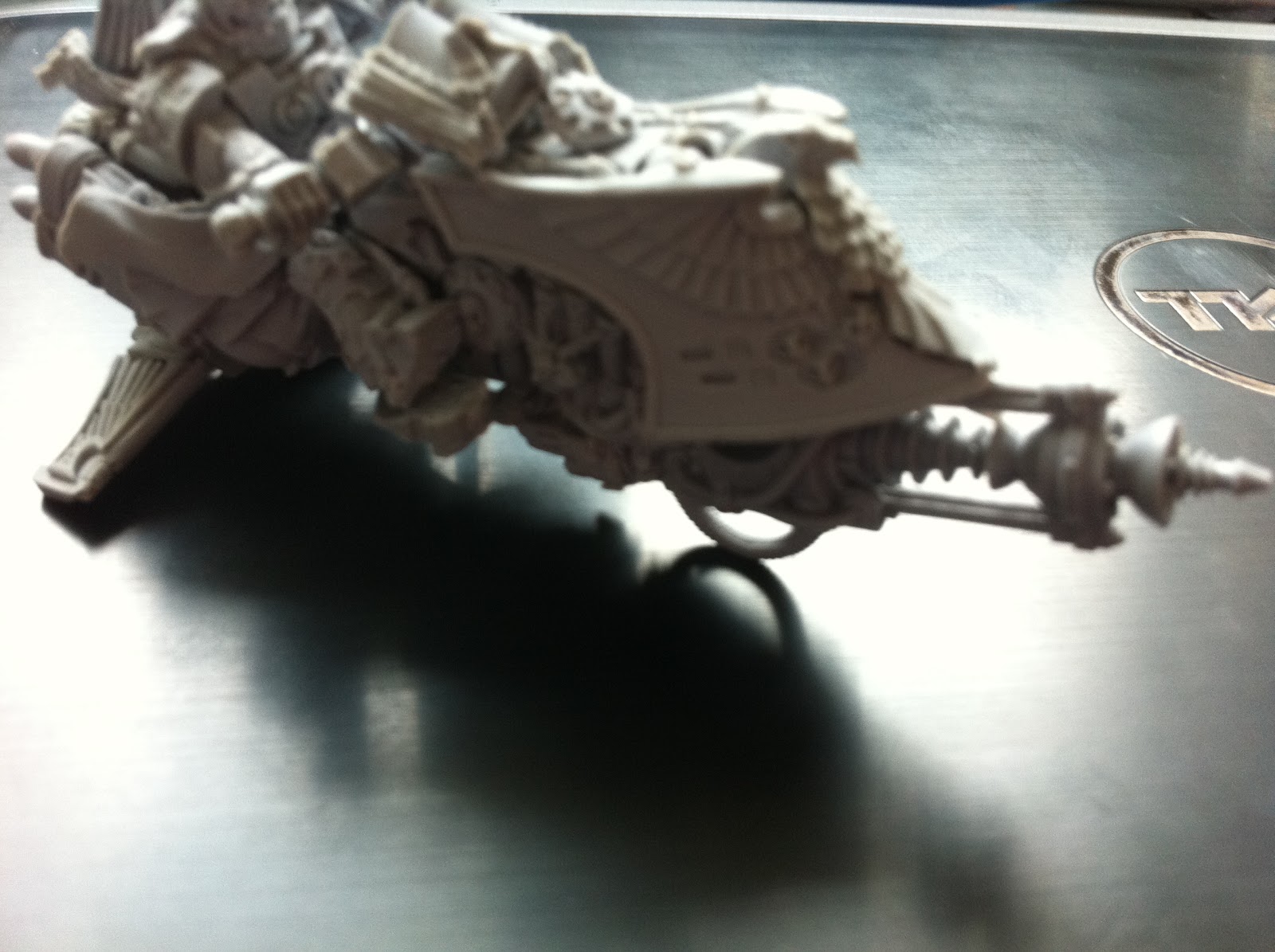 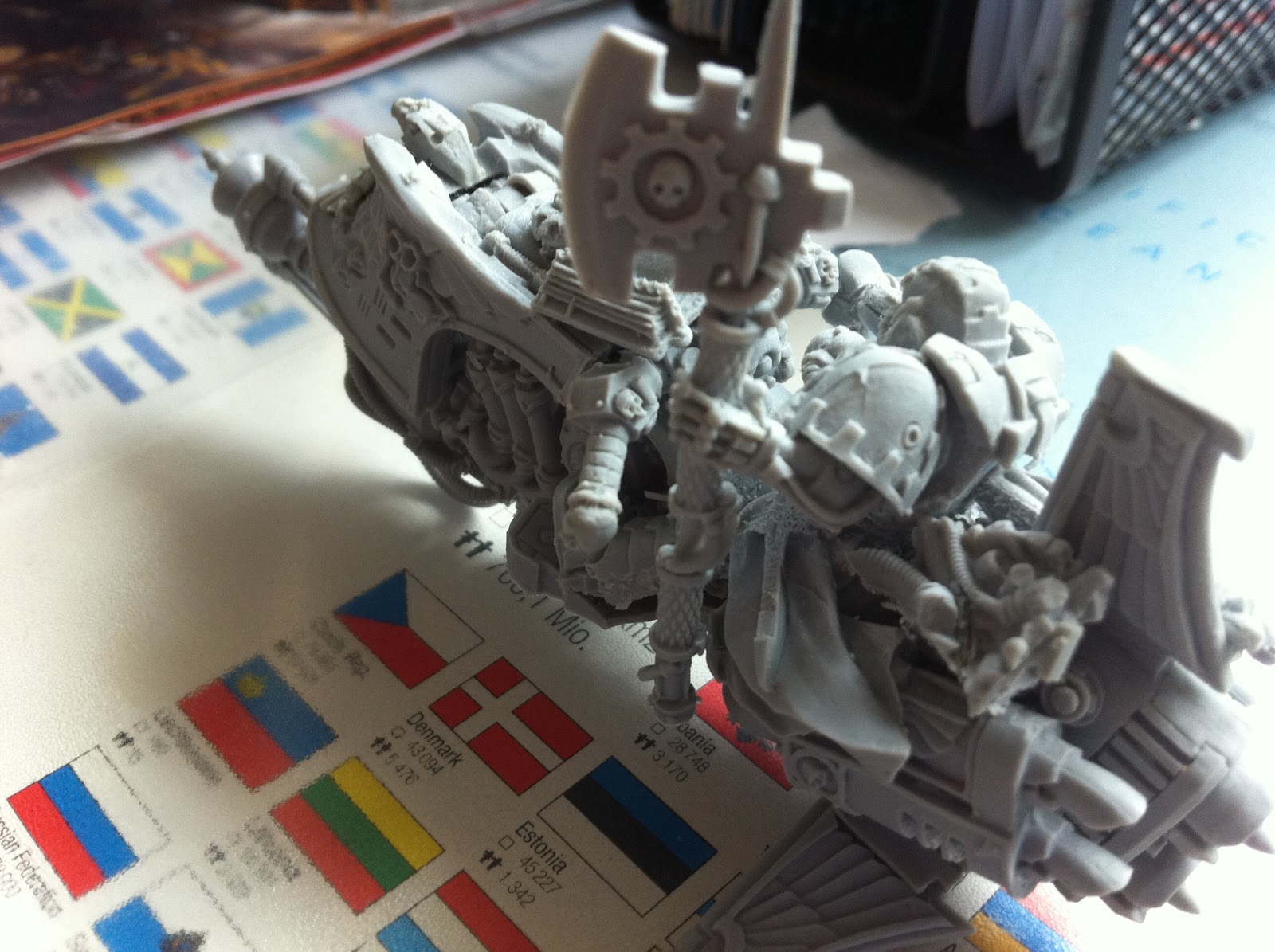 The Master of the Ravenwing had his legs chopped from just above the knee, and replaced with the legs from a techmarine with a servo harness. The said model's torso was then used as the body of the rider. The left 'axe' arm was used- both to show his rank, but also it looks pretty sweet the way he is holding aloft- even though he is flying around at speed. The right arm with the bolter, had the bolter cut away, the wrist was then glued to the right hand on the handle bars. There is tubing from the wrist that was glued to the handle bars also. 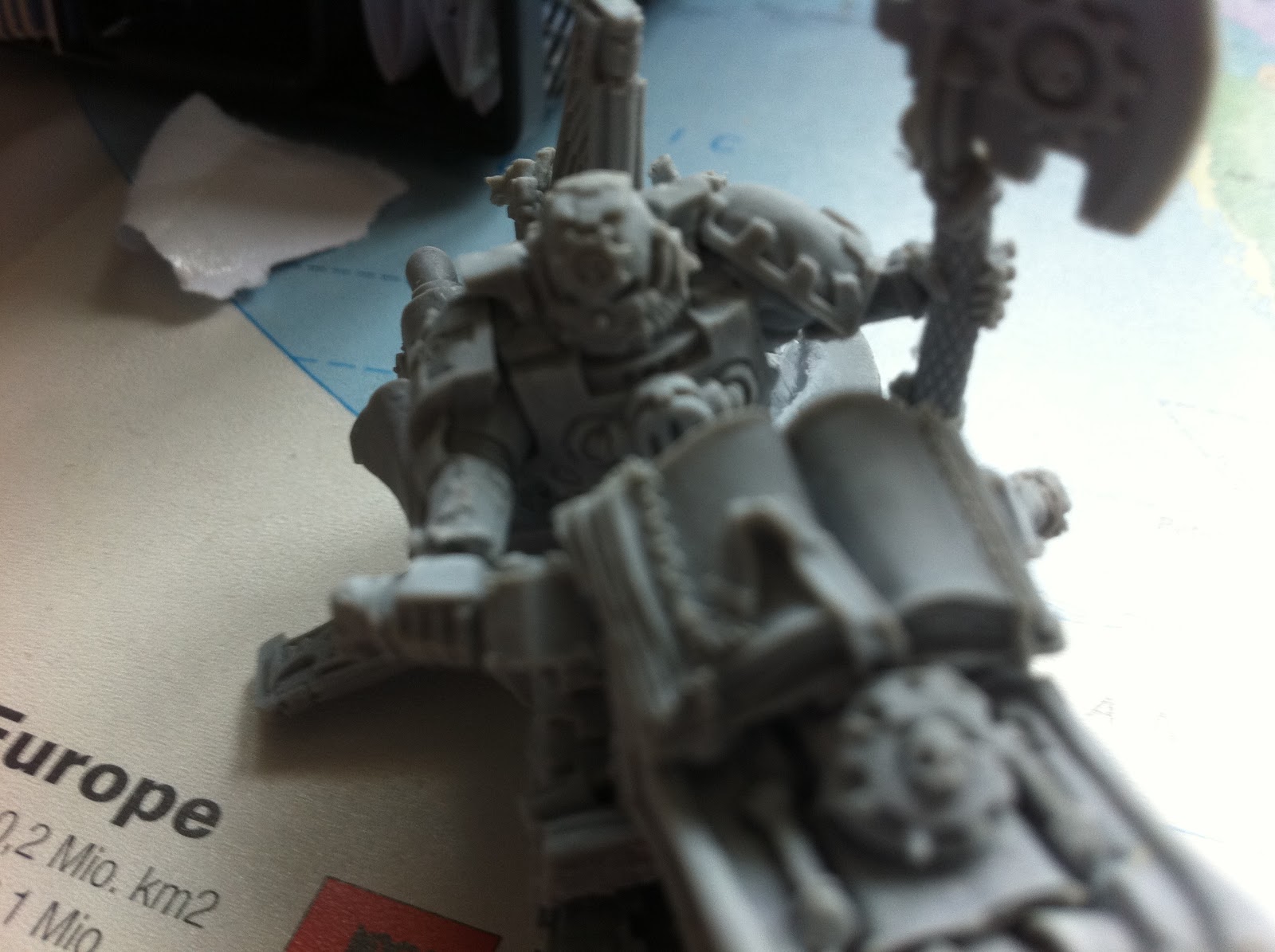 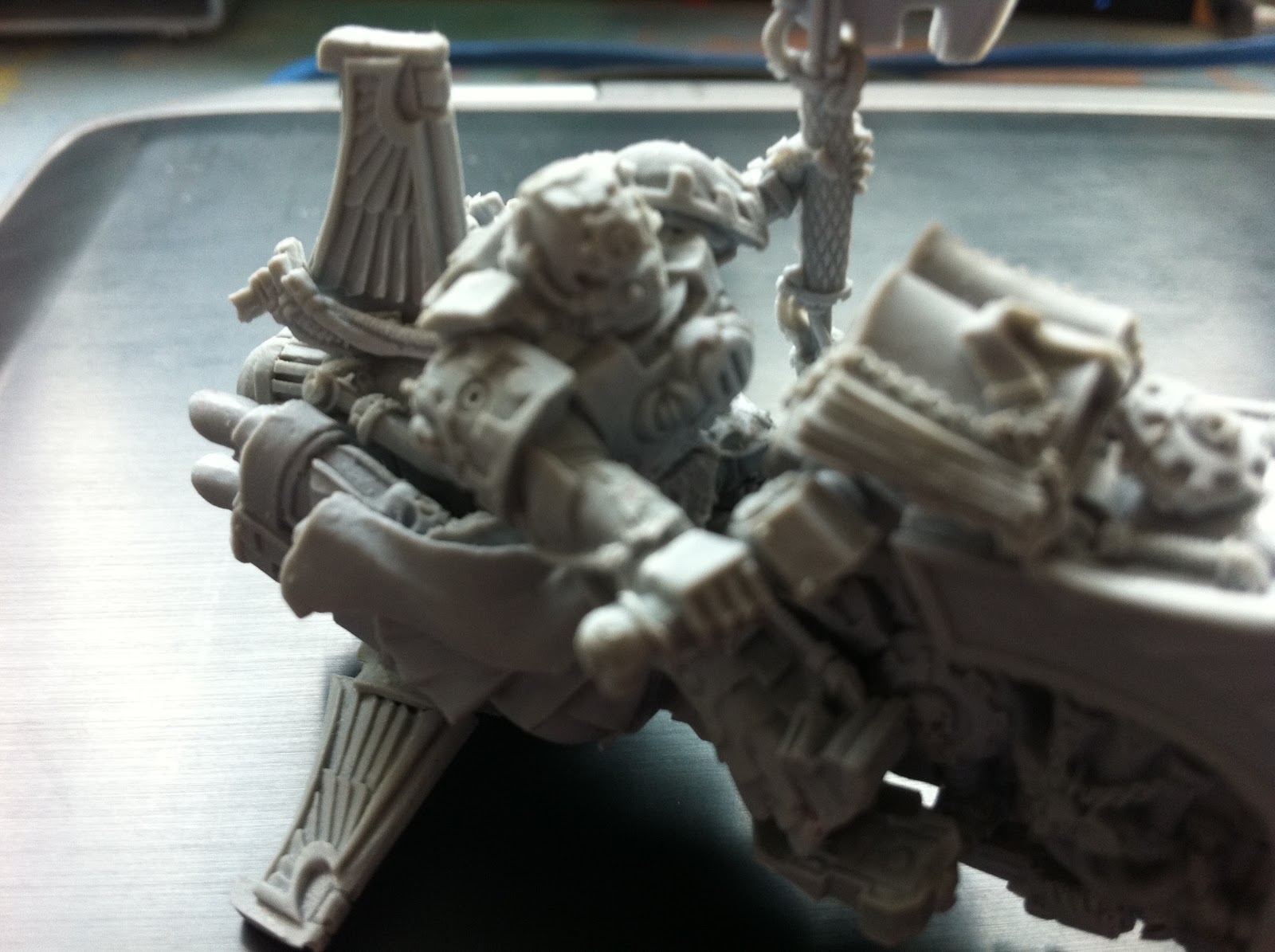 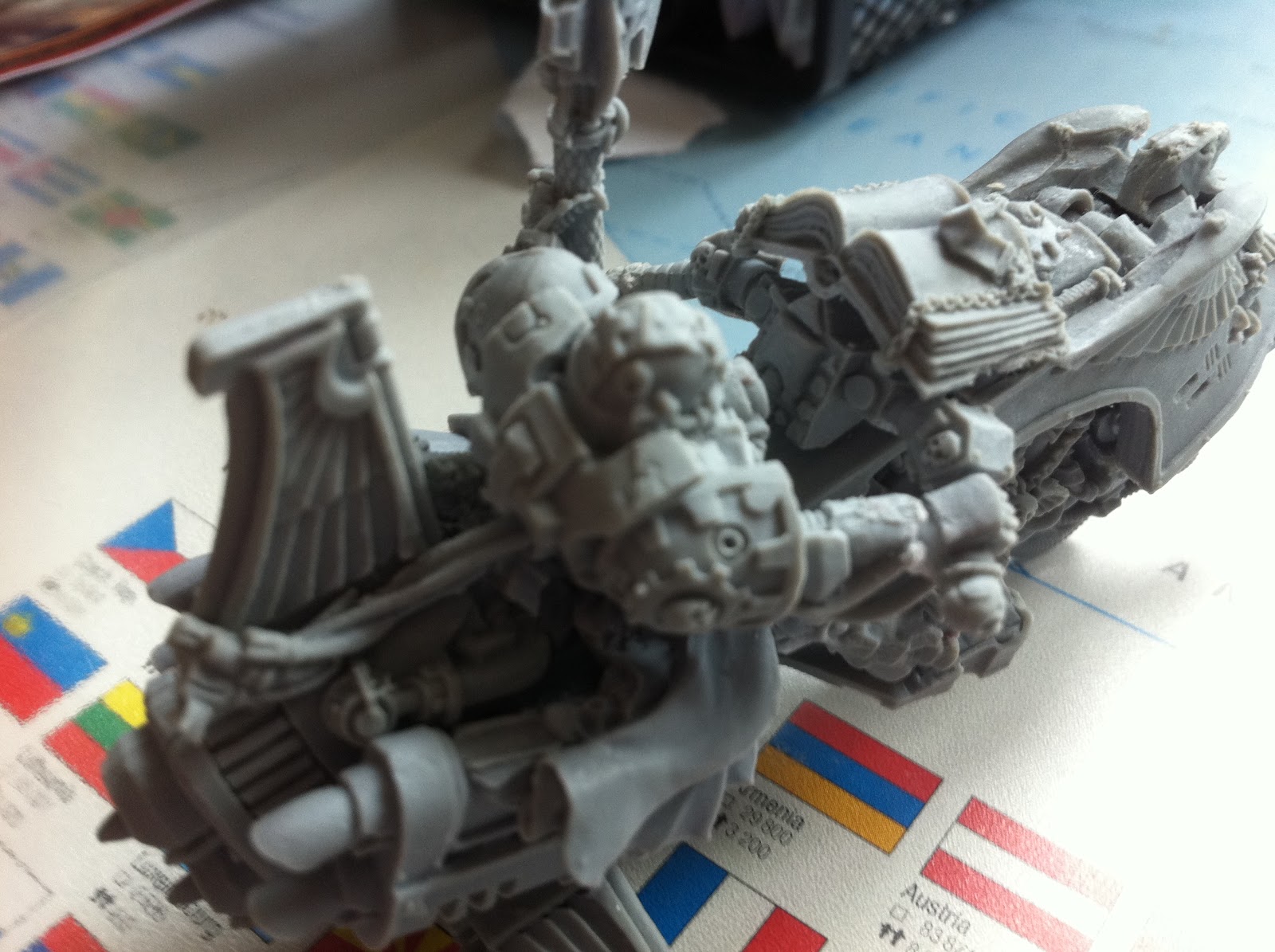 The back of the rider had several 'wires' and 'tubes' attached, again in keeping with the look of a techmarine. 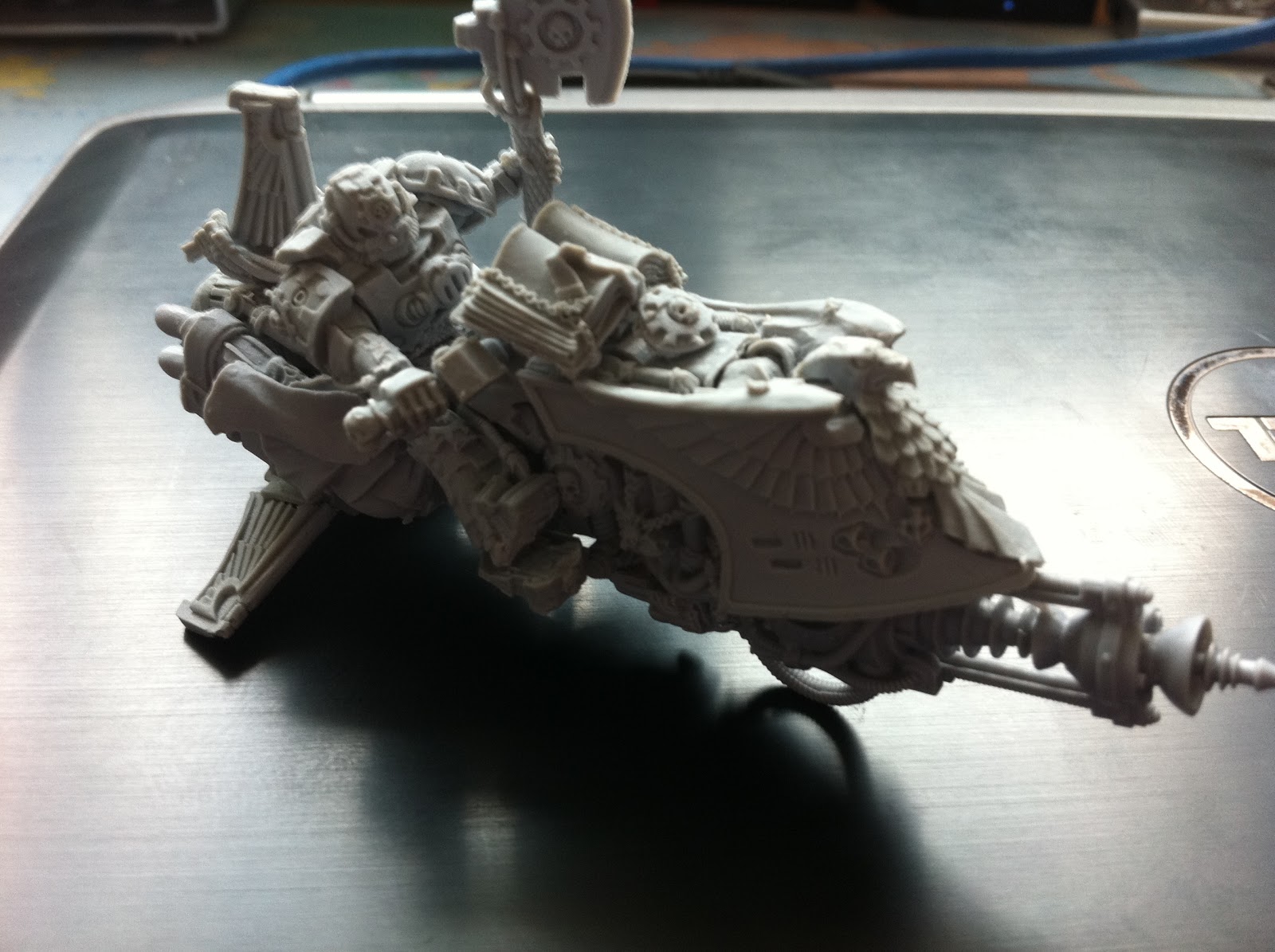 I'm really pleased with the final look of the conversion- I plan to have two bases for the  model- the first a 'flying base' the second a dynamic base that's angled for storage in my cabinet.

I hope you like- time to paint him!
Posted by Lord TITANium Halfpenny