I’ve been interested in Malifaux for ages – I knew that it was a small gang-based skirmish game (so pretty cheap to get into) and instead of using dice it used a deck of cards.

A pretty healthy take-up at my local games store/hangout Worthy Games was the excuse I had been waiting for. I originally wanted the Hoffman crew but as Fate would have it (a pun for any MF players....) I ended up with the Ortega crew; a band of gunslinging, bad-ass cowboy heroes! The Ortega crew box comes with 5 models, which is the perfect size for most smaller games and is only about £25.00. 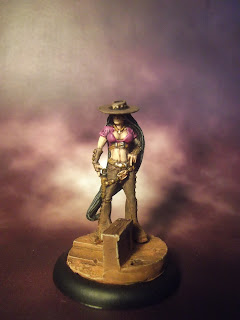 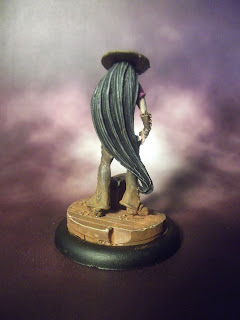 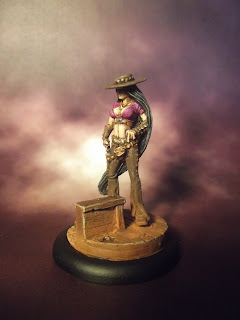 I loved the models and actually finished them about a month ago, but have been waiting for some nice scenic bases to turn up and really finish them off. 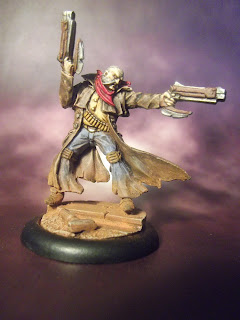 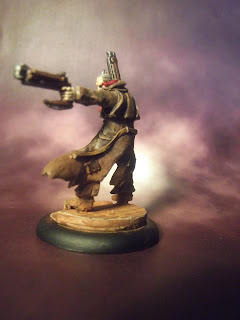 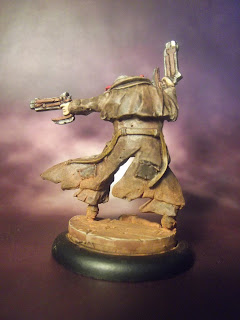 I’ve only had a couple of intro games so far – but the Crew have been hugely fun to play with and I am loving the game mechanic with the deck of cards (for the un-initiated, the deck basically acts as a 2D6, but you also hold 6 random cards in your hand and you are able to “cheat fate”, by playing these cards instead of the card that you’ve drawn – great for making sure that all important shot hits or wounds...but remember, your opponent can do exactly the same thing). 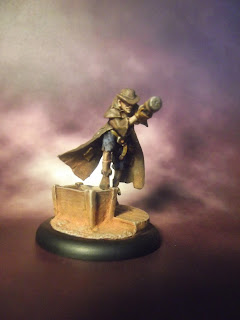 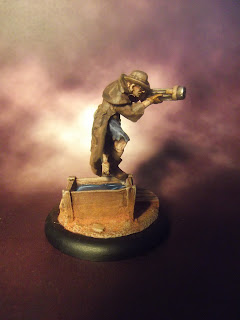 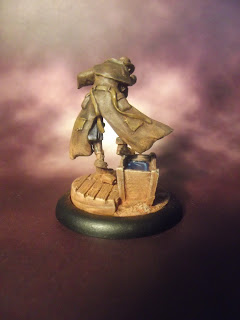 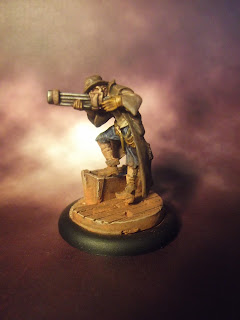 Malifaux is going down so well that Worthy Games have been having to regularly restock their minis and will be holding their first tournament on 1st December (unfortunately, the same day as Blog Wars 4).
Francisco Ortega 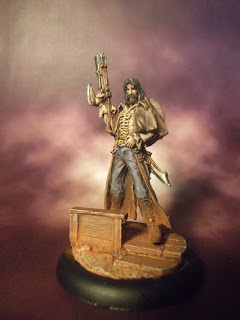 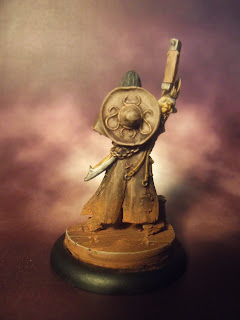 The models were primarily painted using Vallejo paints (something else new to me) and I used some Secret Weapons Miniatures weathering powder to give them a dusty look. 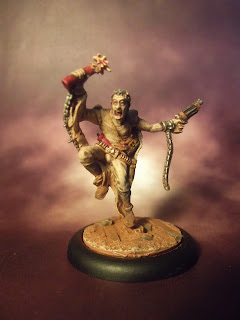 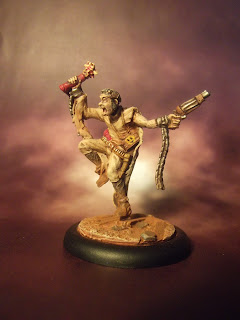 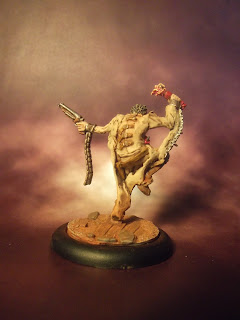