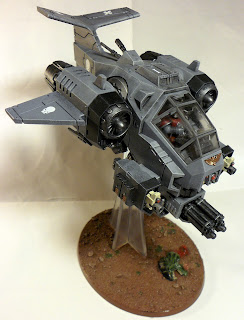 As soon as I saw the pictures in White Dwarf, I knew I wanted two of these (at least), I see them as the Space Marines Apache Gunship of the 41st millennium. Presenting my Relictor's StormTalon Gunship. Hope you like. 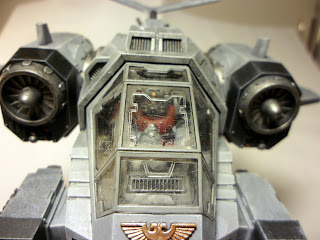 I used Badab Black wash to deliniate the glass before painting,however it kinda stained blotchy, but better than super glue clouding I guess - I fixed it in place with PVA glue. 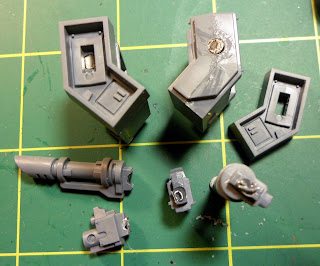 I've magnetized the sponsons so I can change between Hvy Bolters or Lascannon pods, however the rear of the pod and side have gun parts and ammo (the ammo bins for the Hvy Bolter look okay on with the Lascannon barrels).  The second StormTalon will have SkyHammer Missile pods. 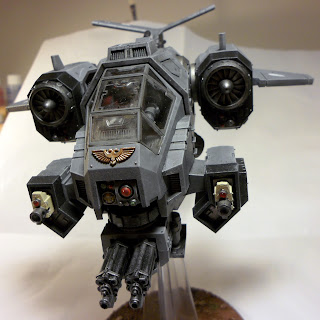 With it's TL Hvy Bolters... 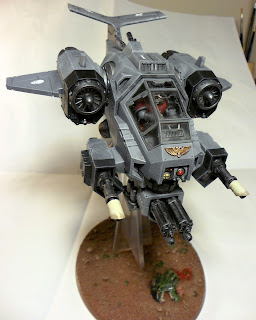 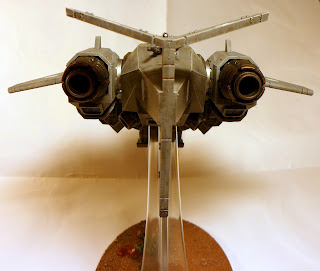 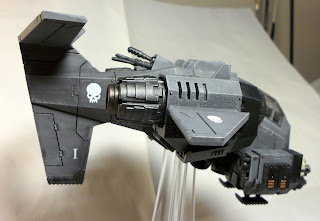 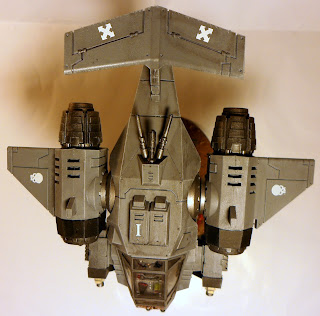 Over view, you will note I've attached the wings backwards on purpose - looks more streamlined and aircraft like I think. I much prefer it to the reverse angle. 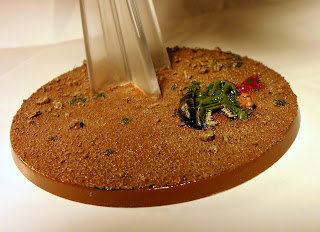 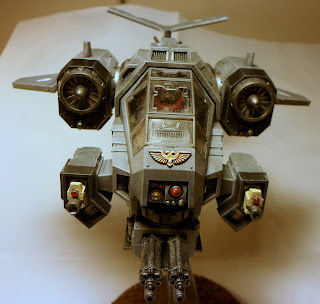 Just want to sing 'Ride of the Valkyries' really loud everytime I pick it up and make whooshing noises... ;)  Thanks for stopping by and reading.
Posted by Siph_Horridus