Here are the two Warjacks that I have been the most using recently.

The first one is the Juggernaut and it is pretty much the go-to Heavy ‘jack in Warmachine, with loads of armour, hit points and damage dealing potential.

This one has been painted up the same as the Destroyer; I’ve tried to keep it simple and a little cartoony with the edge highlights. This one has also been fully magnetised in case I want to swap out any weapons. 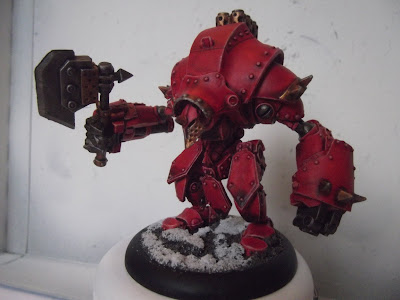 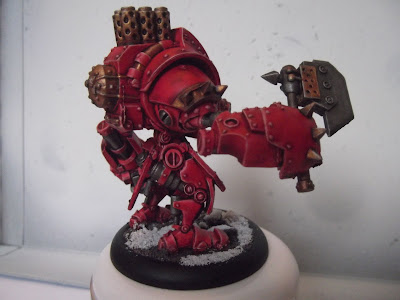 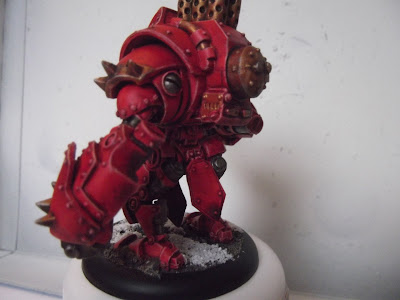 The last Warjack I currently have is Beast ’09. It is a character ‘jack that is essentially a super-Juggernaut. Beast ’09 has an affinity for Sorcha, who is currently my only caster, so he has been seeing lots of play and has been really effective (standing up to 3 Menoth Jacks for a few turns and a second-turn Warcaster assassination).

My favourite tactic is to use Sorcha’s ability to give him an extended charge and coupled with his Reach and Thresher weapon abilities, he can really surprise opponents. 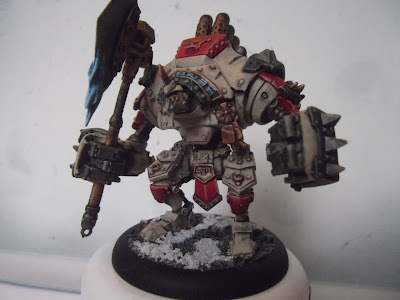 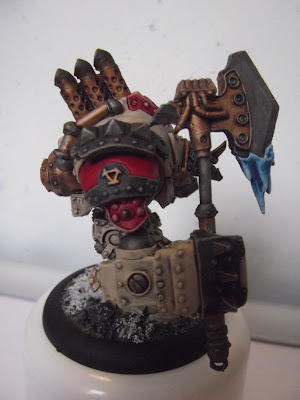 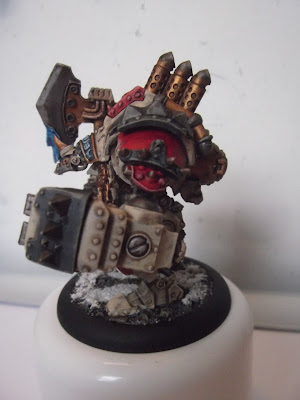 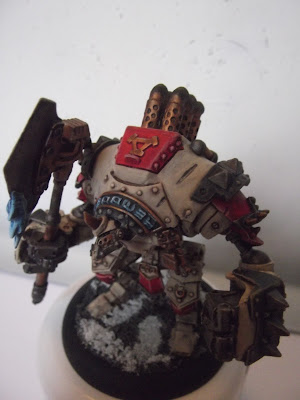 Because I love playing him and have started treating him like a pet dog, I wanted to give him a good paint job, so spent a fair amount of time on this model. I managed to get a bit of practice painting things that I am unfamiliar with – like the ice on the axe and the worn/burned pipes on its back. Overall, I am pretty happy with this dude.