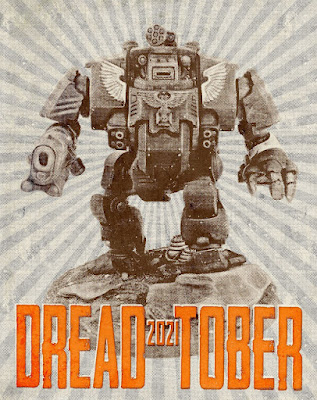 Hello Dreadtober-teers! My favourite hobby event of the calendar year is back again for another instalment. This year is yet again being run by Marc (Old School Gaming) so a massive thanks to him for keeping the hobby event alive for another year! And thanks to the founder Greggles, and Joe B and Todd (Sincain40K) and Joel (Mordian7th) for their contributions through the years too.

Dreadtober is an annual event held over the month of October where hobbyists pledge to do a dreadnought-sized model from the to-do pile and get it finished, starting 1st Oct (a few days ago) and hopefully completing 31st Oct (Halloween/All Hallows Eve) with lots of progress shots and encouragement along the way :) and I like to partake in Dreadtober, and have done for a few years, you can see the fruits of this labour in the picture at the end of this post, a veteran of 5yrs with a sum of six Dreads! 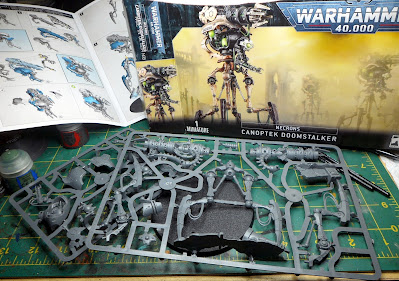 So, I looked what I could build and paint this year and settled on something from the actual to-do pile as that is what the spirit of Dreadtober was for, rather than buy new - although there is really nothing wrong with that and I actively encourage anyone wanting to join in, buy or dig out a project and jump in. 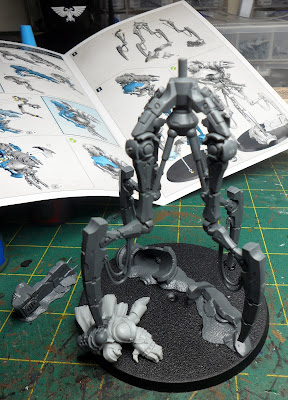 As with my Deredeo Dreadnought from 2017, I wanted to use one of the Space Marine Casualties, I chopped away the rockcrete wall section supporting the front most foot and positioned a suitable casualty. 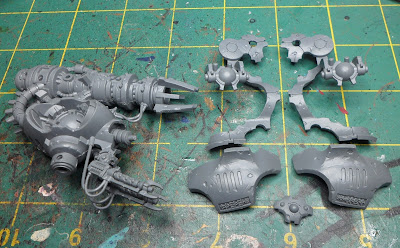 The rest of the parts, for ease of painting I'll keep separate, the main body will be metallic and the armour blue and head bronze like the Canoptek Reanimator. 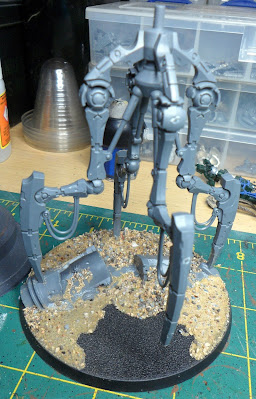 This one is considerably taller than the Reanimators and will die quickly on the battlefield, but hell it looks great like something from War of the Worlds. I added some sand and that's as far as I got this week. 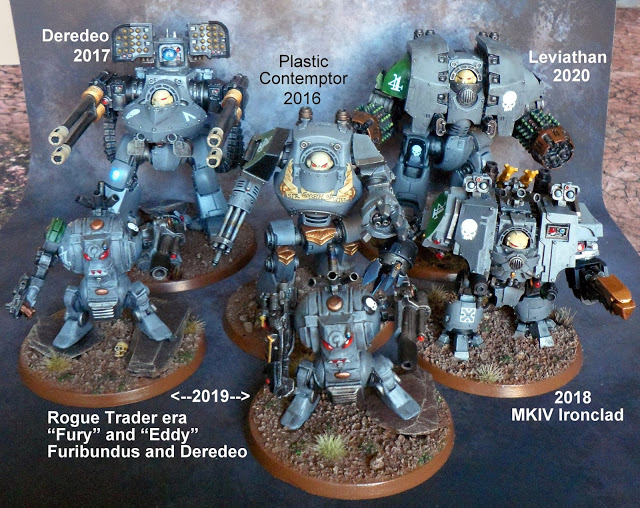 My previous Dreadtober entries are all of the Space Marine variety, 2016-2020 veteran... this year I thought about a Redemptor Dreadnought but settled on something in the actual to-do pile rather than adding to it in Dreadtober!
Cheers, and to all participants, enjoy, Siph.
Posted by Siph_Horridus