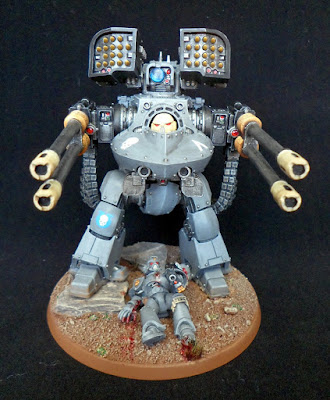 Hello fellow Dreadtober-teers and one and all, thanks for dropping in. I am glad to say I have finished my Dreadtober 2017 pledge ahead of time, and I am quite chuffed with the result. 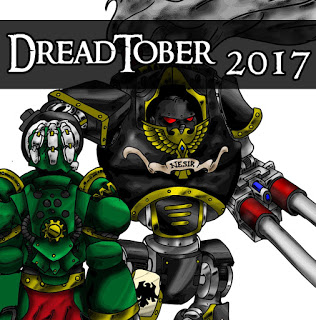 Check out the other participants progress in the sidebar link >>>> there have been some great pledges completed and great progress with others! Thanks to Greg, Joe and especially this year to Todd's great efforts making Dreadtober a highlight of the hobby year! 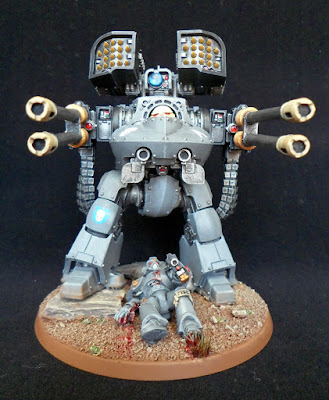 So, here is my completed Relictors Deredeo Dreadnought, they remind me of OCP's ED209 from RoboCop - so with that in mind, mine is protecting and serving, saving the wounded Brother Marine. 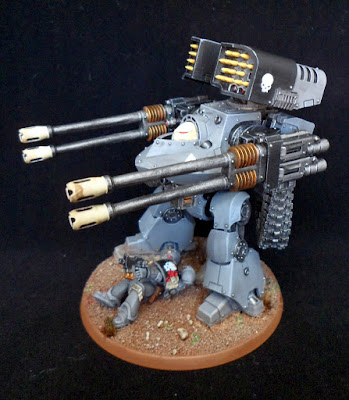 I tried out some 'Gamers Grass' products, here is the burnt grass small clumps, they add a nice texture and detail to the base, I also used some slate chips from my garden. 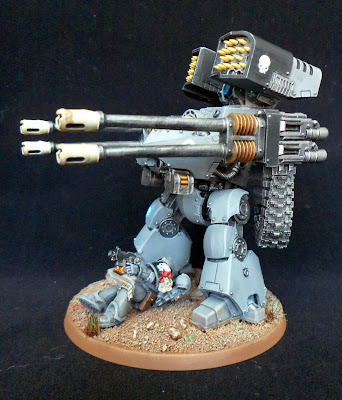 As with my Relictors force, I chose the spot colour of bone for the muzzles and yellow for the missiles. The weapon casings are also black like a lot of my vehicles. 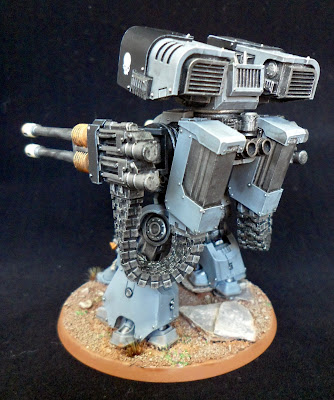 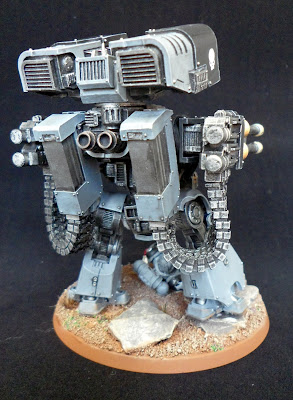 I was lucky with the ammo belts, they fitted the guns and ammo magazines without too much bending or twisting, but I went for a horizontal shooting pose, anything more interesting these would need heat bending. 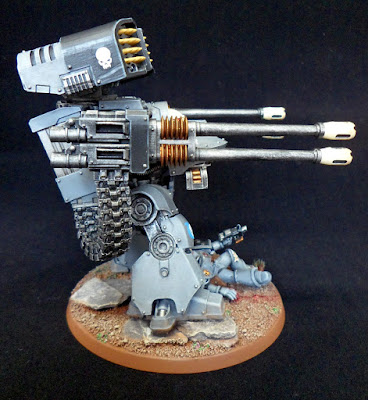 I quite like the braced position I achieved, the kit is fully poseable at knees and hips. I chose the foot on a rock pose as it was more 'action', stepping forward saving his wounded Brother. 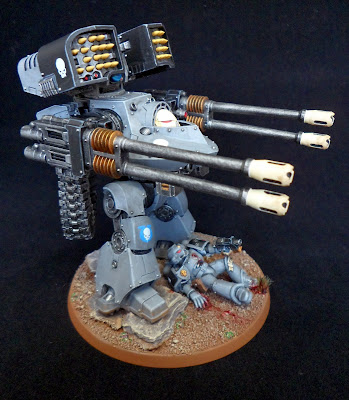 I love the view showing all the four barrels! Looks awesome! 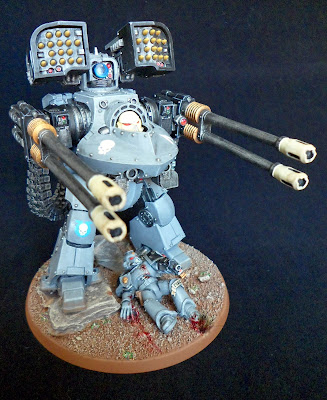 The finecast wounded Marine had damage to the forearm as well as the chest, foot and shoulder Pauldron. so I made the most of this wound with a blood trail as the Marine dragged himself towards the support lines, a bloody hand print on the rock beside the Dreadnought. I know fluff dictates the Astartes blood clots immediately, but maybe its a Daemon or Nurgle infested wound... 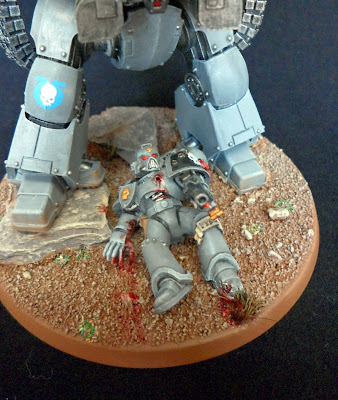 
The UM knee pad emblem is to show that the Relictors acknowlegded the source of this relic Dreadnought from their forefathers, salvaged from a long forgotten heresy-era battlefield no doubt, for those who don't know - Relictors were created from the geneseed of DA and UM, a fact I like to hint at from other Dreadnought knee pads of my Relic Contemptor heresy-era Dreadnoughts the Relictors have also salvaged. 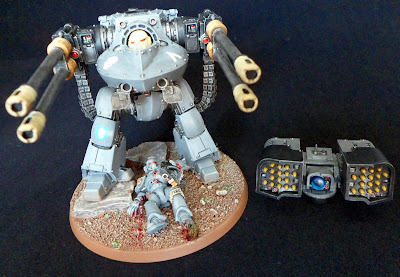 I also added a magnet to the Missile Launcher so if in the future I get a Shield Pavase, I can add that - like I would only buy a Pavase! lol.

So, thanks to all the Dreadtober-teers for their encouragement and support and to Todd for all the organisation this year. Thanks to you all for droping in, cheers, Siph.
Posted by Siph_Horridus