Hello All, thanks for dropping in. The latest addition to the Relictors Chapter is a squad of FW resin Tartaros Armour Terminators. These were an eBay rescue, I was hoping the squad would fit right in the force however once up close I could see the squad needed some work to fit in so a full repaint was in order. 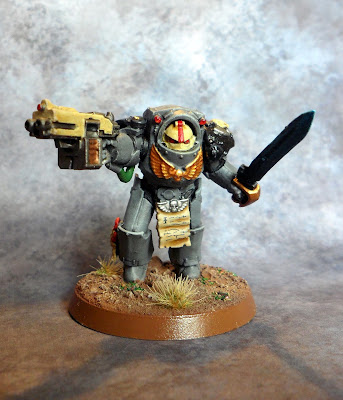 Here is the Sergeant armed with Power Sword and Combi-Bolter, in 8th Combi-Bolters are just the same as Stormbolters, and unlike other combi-weapons do not suffer -1 to hit if firing both bolters... it is essentially a Stormbolter in all but name and with Bolter Drill, now putting out 4 shots each. 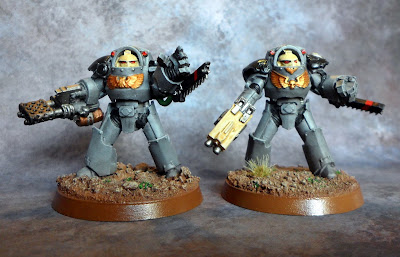 The specialist weapon of the squad was a Heavy Flamer, to which I added a Chainfist attachment from the Burning of Prospero plastics, alongside his Brother Combi-Bolter and Chainfist. I like the Chainfist over the Powerfist due to the extra point of -AP and a flat 2dmg rather than D3. 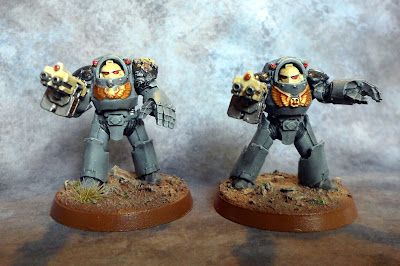 The other two Brother Veterans are I am afraid the first to be removed as casualties, just the standard armament of Combi-Bolter and Powerfist. 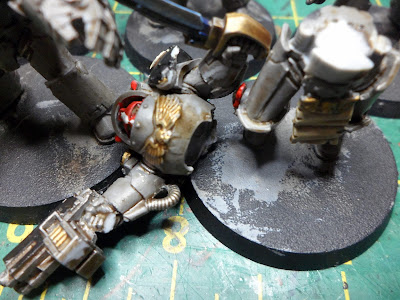 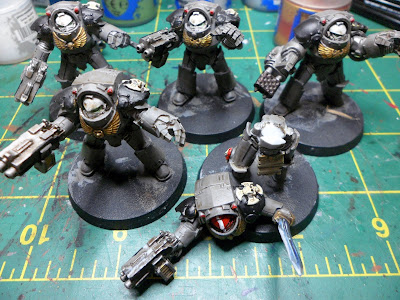 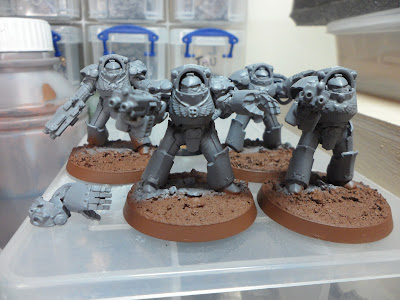 Here was the squad on arrival, not too bad but the Agrax Wash didn't fit in with my other forces and the grey was not a match to Dawnstone. The paint was also quite chipped as it had been painted on the resin with no undercoat, so I scrubbed and resprayed Army Painter Uniform Grey a match for Dawnstone and washed Nuln Oil once I filled in the black and metal areas. 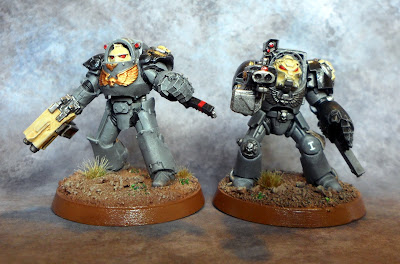 Here is a side by side shot of a Tartaros Terminator and a Indomitus pattern Terminator, the Tartaros looks a little less bulky and this is reflected in the stats having an extra inch movement over the 'normal' Terminator squads but the same levels of protection. These have the same points cost (cheaper by 2 for this squad), same save and invulnerable save and trade the extra inch movement for loss of the Teleport Homer ability. In all, another great Terminator Squad, I only wish Terminators were worth the points but not a bad addition by any means.