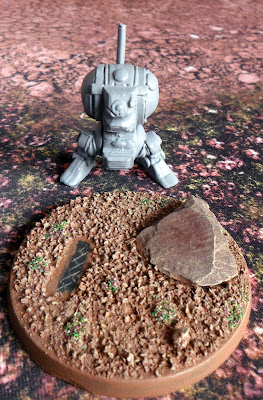 Hello Dreadtober-teers and all, some mighty fine progress made this week. I've completed both bases with the exception of tufts of grass, basecoated the Dreadnoughts and weapon arms and carried out some conversion work.

What's Dreadtober? Well, Dreadtober is an annual event held over the month of October where hobbyists pledge to do a dreadnought-sized model from the to-do pile and get it finished and hopefully completing 31st Oct (Halloween/All Hallows Eve/Brexit?) with lots of progress shots and encouragement along the way :) Check out the Dreadtober Blog, click the banner in the sidebar >>>> 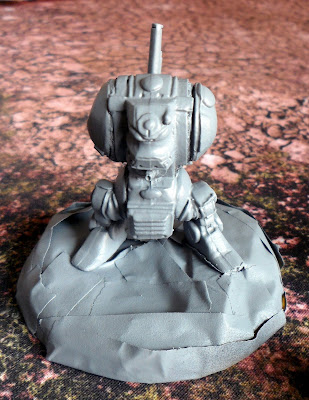 Eddy has some clean up work now I have seen that mould line right down his face, not so noticeable in most lights, but I'll have a go at some clean up. I masked his base as I foolishly had some Epoxy Resin glue spare after construction so glued him to the base early... 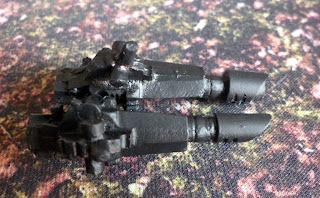 Some minor conversions to stop me having to refer to the RT era line drawings to figure out what weapon was what, so I removed the 'nipple' from the Las Cannon, and now have two distinguishing Lascannon muzzles with the sloped frontal plate characteristic of Las weaponry to easily identify them. 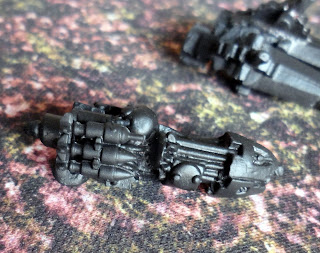 And the Missile Launcher got some spare Missiles on a rack magazine/feeder on the outside to distinguish it as a Missile Launcher. The Storm Bolter on the Dreadnought Close Combat Arm is easy enough to be recognisable.

On track for the finish line. Cheers, Siph.
Posted by Siph_Horridus