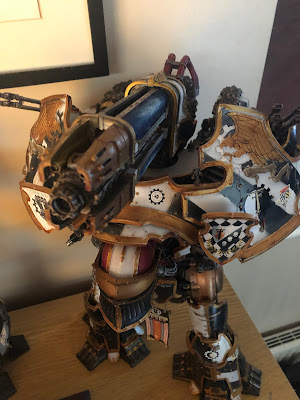 A crazy, mad week - so I haven't had much time to do hobby stuff.. so instead I did a little messing around with the Warbringer Nemesis Titan to see if there was an option for an alternate weapon. I did this previously, however that was during the WIP stage, and not after completion. I am very tempted to buy another Sunfury Plasma Annihilator and try to do this as a conversion, I think the size and look of the cannon would be perfect for the Warbringer..

Too big for an arm weapon being a Warlord Titan Class Arm Mount, the Warbringer Nemesis Class is classed between the Reaver Battle Titan and the Warlord due to reactor capacity and Armament. The Nemesis is so named due to the weapon mount on top, I think particular to the Mori Quake Cannon, however it is scaled for two Battle Titan Arms and one Warlord Class Weapon point - bigger draw on reactor than a Reaver, less than a Warlord. 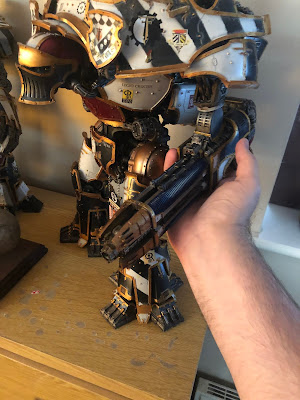 I am sorely tempted with this build for my next though - maybe rework the cabling to go into the weapon housing at the back? 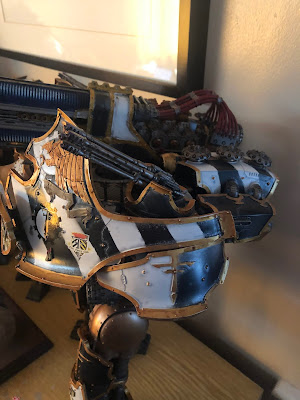 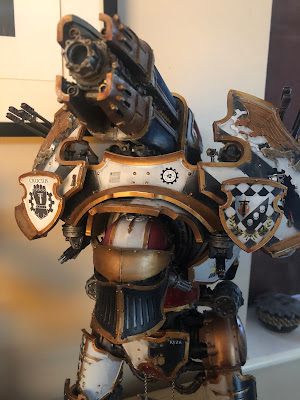 I do love this look, it certainly doesn't look out of place. 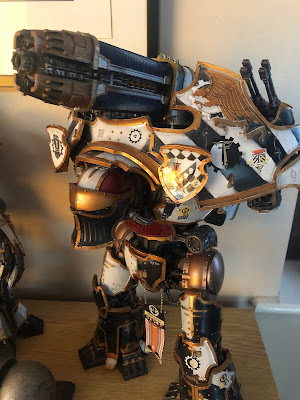 Thanks for looking- feedback on thoughts of this would be appreciated, or indeed, if someone has tried this as a conversion?