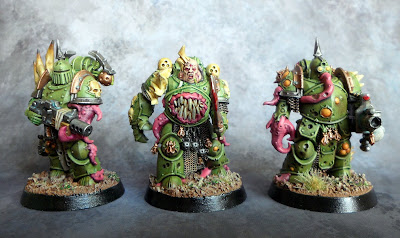 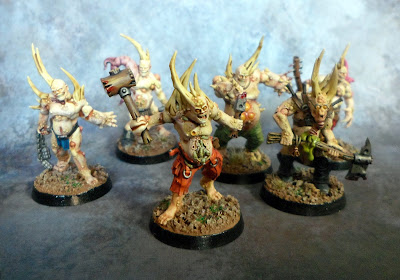 Hello All, thanks for dropping in, try not to feel too dirty and disgusted. A little departure from my normal Relictor Space Marines and Imperials, and I guess my first 'commission' - no, I do not have any plans to do this more, just I was asked to paint some up for some actual wargaming professionals, they will be used as part of wargame development as examples of skirmish mechanics etc, to help formulate ideas and give examples used commercial hobby companies etc. 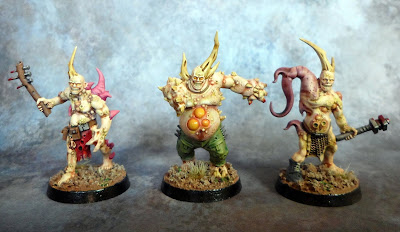 Well a change is refreshing and I looked up online how to paint Poxwalkers and grabbed a few washes and got to work. The basecoat was the Wraithbone Primer followed by Reikland Flesh Shade, then I got to work with green and purple washes to discolour the skin, add bruising etc. before picking out the details and clothing. 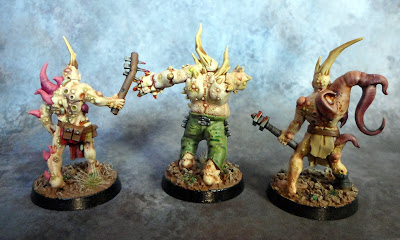 I am rather pleased with the earthworm look to the tentacle arm above, it was a few washes of Reikland and Hormagaunt Purple gradually built up toward the tip. 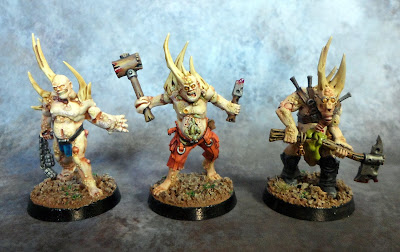 After sealing the base bevel was protected with 'Ardcoat, and I finished off the Blood for the Blood God and Nurgle's Rot in a few places to give a wet look to sores and blood splatter on the weapons. 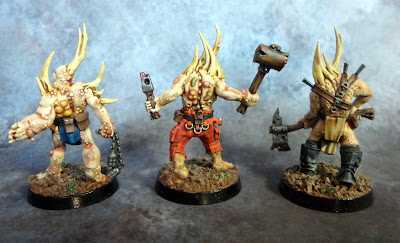 I quite enjoyed giving them all different colour clothing, poor Imperial Citizens... 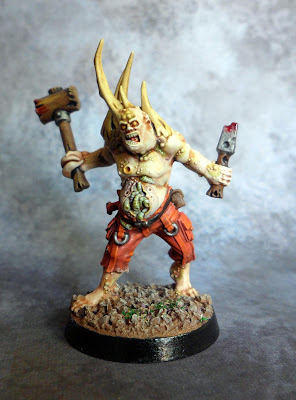 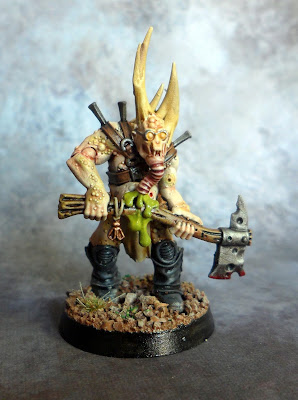 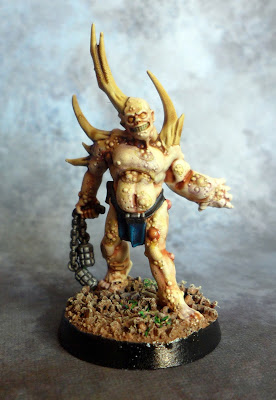 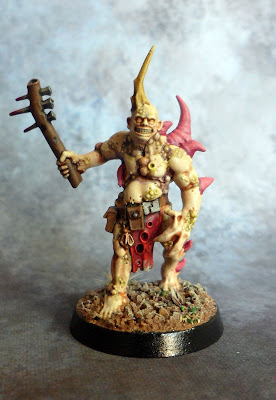 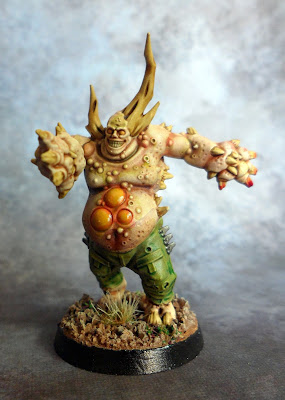 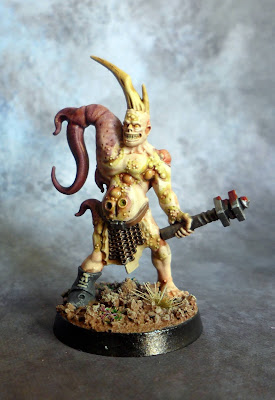 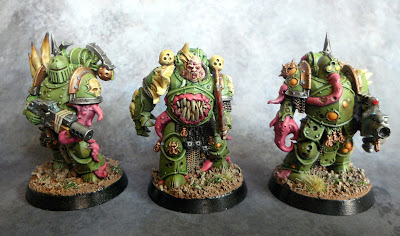 I really enjoyed doing these, so different from Relictors, the green was Deathguard Green, washed Biel Tan Green, highlighted Elysian Green and Nurgling Green. I love the colour this resulted in for the armour, it was then washed Agrax which gave nice shadows. 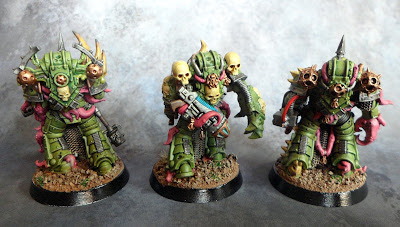 These were fairly quick to do even though for monopose and a starter set they are very rich in details, the Plasma Gun backpack took as long as the Marine carrying it. But such enjoyable models I was tempted a few times to start a Deathguard Army... no, don't do it! Too much on the to-do pile at the present. 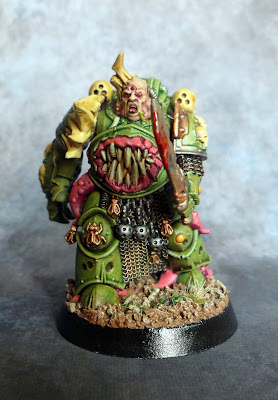 I guess this guy is the Champion / Sergeant, armed with Plague Knife and Plasma Gun with Power Fist too. I used FW rust powder on the blade and some Blood for the Blood God as well as some Nihilakh Oxide to age the blade and around the rivets on the Pauldrons. 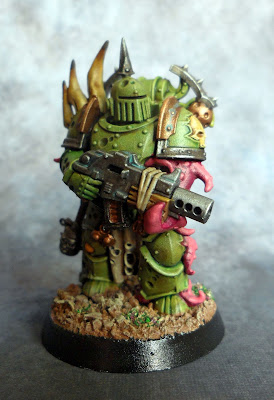 Wooden fore stock/fore end on the Bolter, very unpractical but very Nurgle... I had quite a lot of fun with the tentacles and slime. Another great sculpt, capturing that old school Deathguard vibe with the helmet. 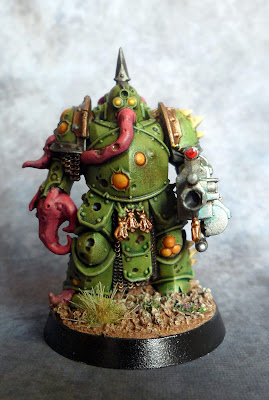 The Blight Launcher is quite a good support weapon, I chose to keep the weapons fairly 'normal', aged but not beyond repair - more than can be said about the Marine wielding it, he is damned for all time by the blessings of Nurgle.

A riot of colours and pestilence, a fun side project from my normal clean lines and Imperial Order, speaking of which I have the Imperial half of the First Strike box on the painting table too, 3 standard Intercessor Marines and 3 Reivers that I will be doing with beret heads from Anvil Industries (by request like space-Royal Marines!). I know the professional wargamers will appreciate the efforts, but just in case the players don't, they are sealed with matt varnish and the base rims have a coat of 'Ardcoat for protection.