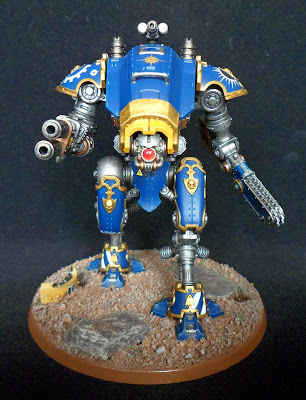 Hi All, thanks for dropping by. I really enjoyed putting this model together and painting it. A really nice kit overall and I'm sure we'll see new weapon options soon as they are on a separate sprue to the body and legs set. 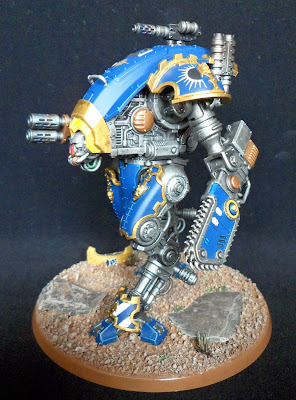 I plan on painting my Imperial Knight force as a Vassal House to my Titan Legion, Legio Astorum hence the adoption of the Legio Astorum colours and the halo moon on the shoulder pad. This was a nice starter test scheme for the other Knights and perhaps some progress on the long overdue Warlord - well I am going to the Titan Owners Club UK Walk! 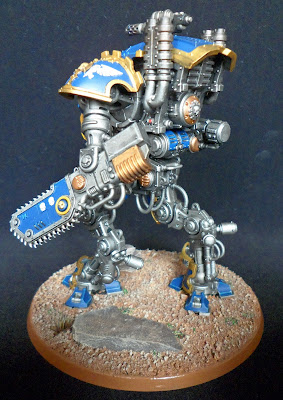 The Chain Cleaver sports some kill markings already. I largely followed the same sort of endo-skeleton scheme as Duncan on WarhammerTV so used bronze on spots to break up the mass of Leadblecher. 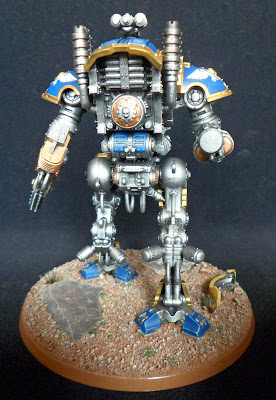 I sooted up the exhaust stacks and painted his toenails... 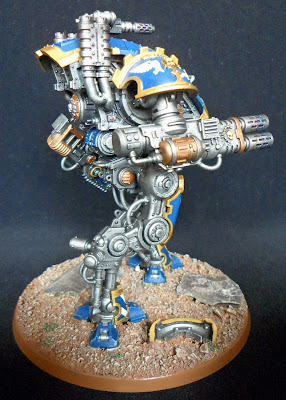 The Melta Gun and Melta Lance both have heat staining using Agrax/Purple/Blue/Nuln Oil combination which gives a simple and effective detail. 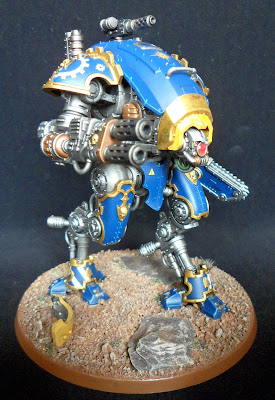 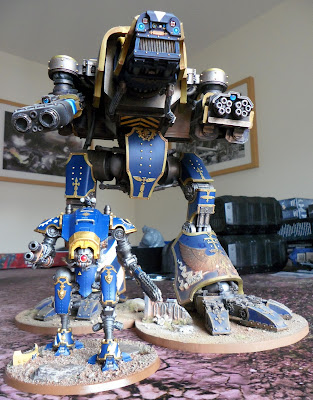 Finally a shot next to his bigger brother Warhound Canis Bellum, taking up his consort duties. So, there you have it - 'Knave Izrael' riding Armiger Warglaive 'Bane of Iron' of the Vassal Knights of the Legio Astorum.