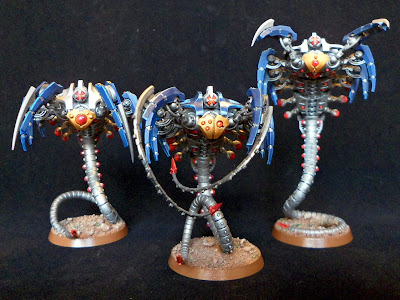 Hello All, thanks for having a look-see, here is the latest addition to my Necron Dynasty now the new Codex is about - a squad of Canoptek Wraiths. I may have missed the OP boat with these in 7th, Whip Coils were king reducing the enemy to Initiative 1, now Whip Coils are just an extra Combat Round before removing the model. 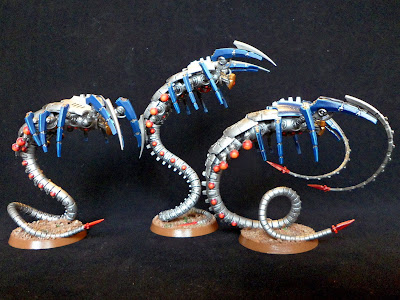 I painted the usual metallic parts and red gauss, but after the Tomb Stalker I did with a sheer metallic shell, I thought I'd mix it up with the carapace colours just like my other Canoptek constructs, the Canoptek Scarabs. 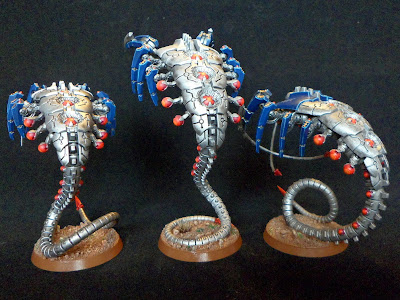 The many many gauss energy points were a tax but I think the outcome looks great. I've also put a 2 pence piece in the underside of the base to make them more stable. 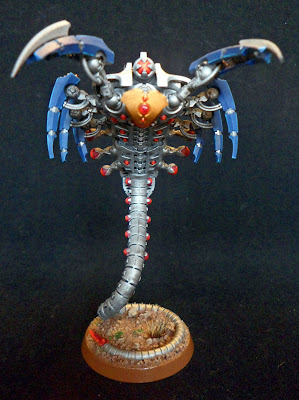 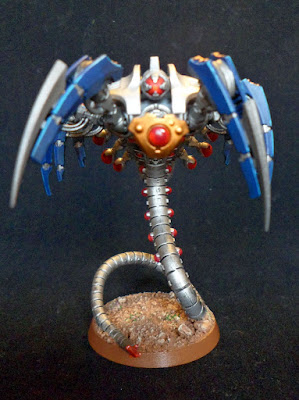 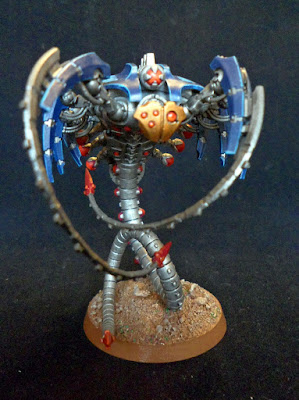 That's all for now, enjoying getting some of these long overdue minis off the to-do pile. Thanks for dropping in, cheers Siph. (6pts for these three)
Posted by Siph_Horridus