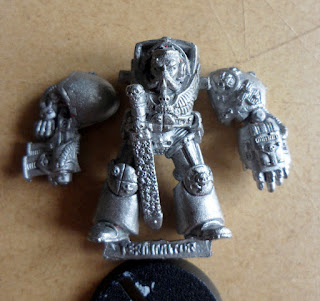 Hi Guys and Gals, I had to share this amazing lucky find, at the moment I work at an Organisation which has an internal 'sales and wants' blog for want of a better description. Well a work colleague knew I am interested in Warhammer 40K and pointed me to a sales ad for a job lot of old Warhammer 40k goodness...  I offered a price and advised that they would get more if they sold separately as lots on eBay, but the owner was happy to take my cash knowing some of their childhood tanks and Weemen would be re-purposed and put back into service for the Emperor! I promised I would inform them once I repainted the Rhino, the one thing in the lot I really wanted, and a deal was made!

Here is the 1996 Era Terminator Captain who I stripped with Dettol and is up on the auction block. 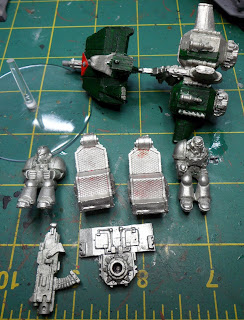 An old school Landspeeder Typhoon, which will get a new grey Relictor paintjob. I don't actually have an Assault Cannon armed one! Bargain. 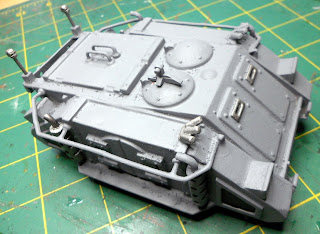 The Rhino, cleaned up and basecoated with Relictor grey WIP, aerials repaired (bent) and mount for a Storm Bolter added, (was missing guns) and a missing exhaust made from a Necron Power Cable but look! INTACT HANDRAILS! Unheard of, small snap repaired and good for the ride for my RTB01 Squad from Squaduary earlier this year! 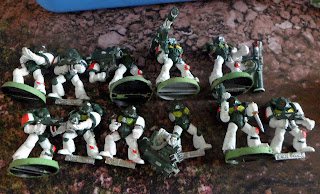 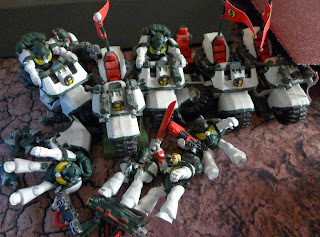 A couple of Attack Bikes and SM Bikes, with half metal rider Torso's Sergeant, Melta and Plasma. 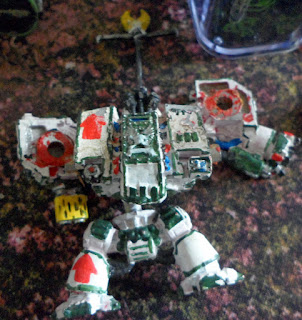 An old but VERY heavy metal Dreadnought - this will end up on the scenic base of my Necron Tomb Stalker. 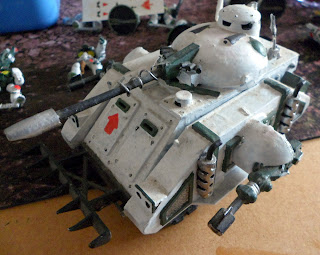 An old School Predator RTB08, I think will get a clean up and requisitioned into the Relictor ranks 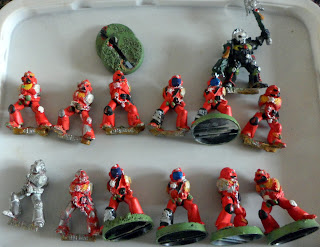 Some Blood Angel Death Company and Chaplain, also for the stripping and auction block. 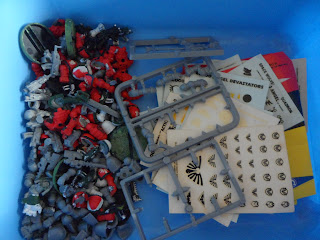 Lots of spares, arms, weapons and Back Packs for those metal Torsos 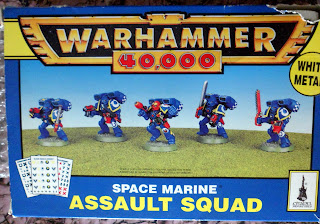 Up on the auction block an incomplete Assault Squad, four Marines and three jumppacks plus some CC weapons. 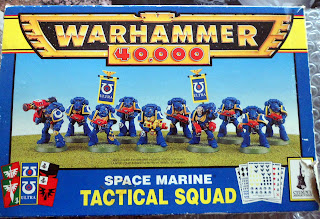 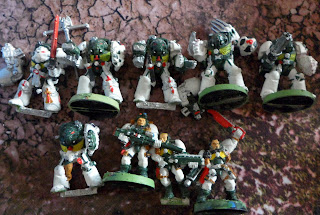 A selection of Deathwing, Assault and Assault Cannon Rogue Trader Era Terminators, and some metal Scouts, I think all for stripping and auction but the Scout Sergeant may get a reprieve... 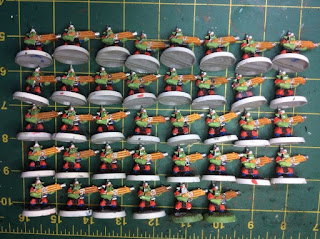 2nd Edition Gretchin, sold already as is, painted but could do with some love. 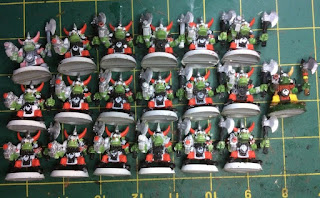 2nd Edition Goff Ork Boyz, also sold and on their way to their new owner. 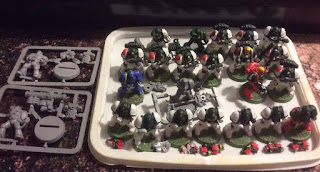 And lastly, a couple of 2nd Edition Tactical Squads, too static for my liking, so already sold too. So far I've recouped over half my outset, I have a few other random metal minis in Dettol as I type, a DA Standard Bearer, Ezekiel without his Sword, some Biker Torso's etc.

A great bargain! And an RTB Rhino Mk1b with Handrails! Good times.
Posted by Siph_Horridus