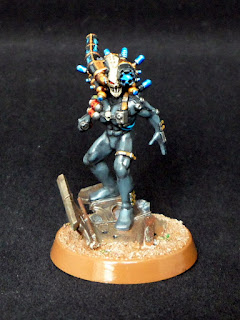 Welcome Readers, thanks for dropping in. Following on from the Callidus Assassin and the Eversor Assassin I bought ages ago, here is the final of three assassins I bought.

I never got a copy of the Assassin Execution Force game on release however, plenty of assassin models appeared on eBay shortly after and now they get their own blister packs. I didn't want to fund the money grabbing greedy re-sellers at the time, so I bought a pre-painted decent set from an artist/hobbyist instead. So not all my own work, just adapted from a real decent paint job. 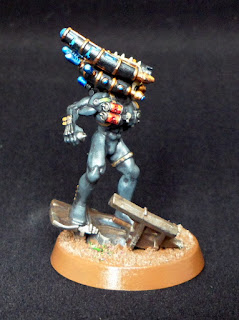 I re did the base to match my forces and re-painted all the psychic matrix nodes (blue bits) with Stormhost Silver and Soulstone Blue for a shiny gem like weird gubbins look. I brightened up the Psyk-out grenades and highlighted the brasswork. 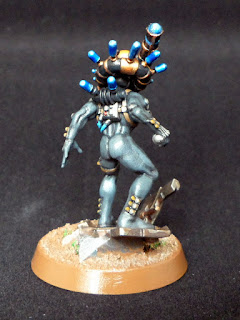 I also repainted the cables blue to match the Psi-matrix bits and he was done. Not much effort from me, but now adapted to be my own. 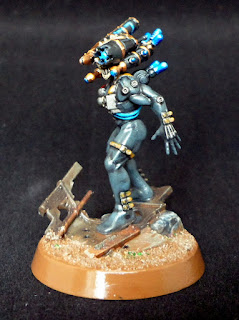 And finally, a shot of all three together, looking great together. I have a older Vindicare I will paint up myself, I prefer the older pose to the new one cowering behind some ruins. 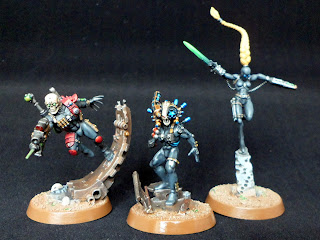 Thanks for droping by, cheers, Siph.
Posted by Siph_Horridus