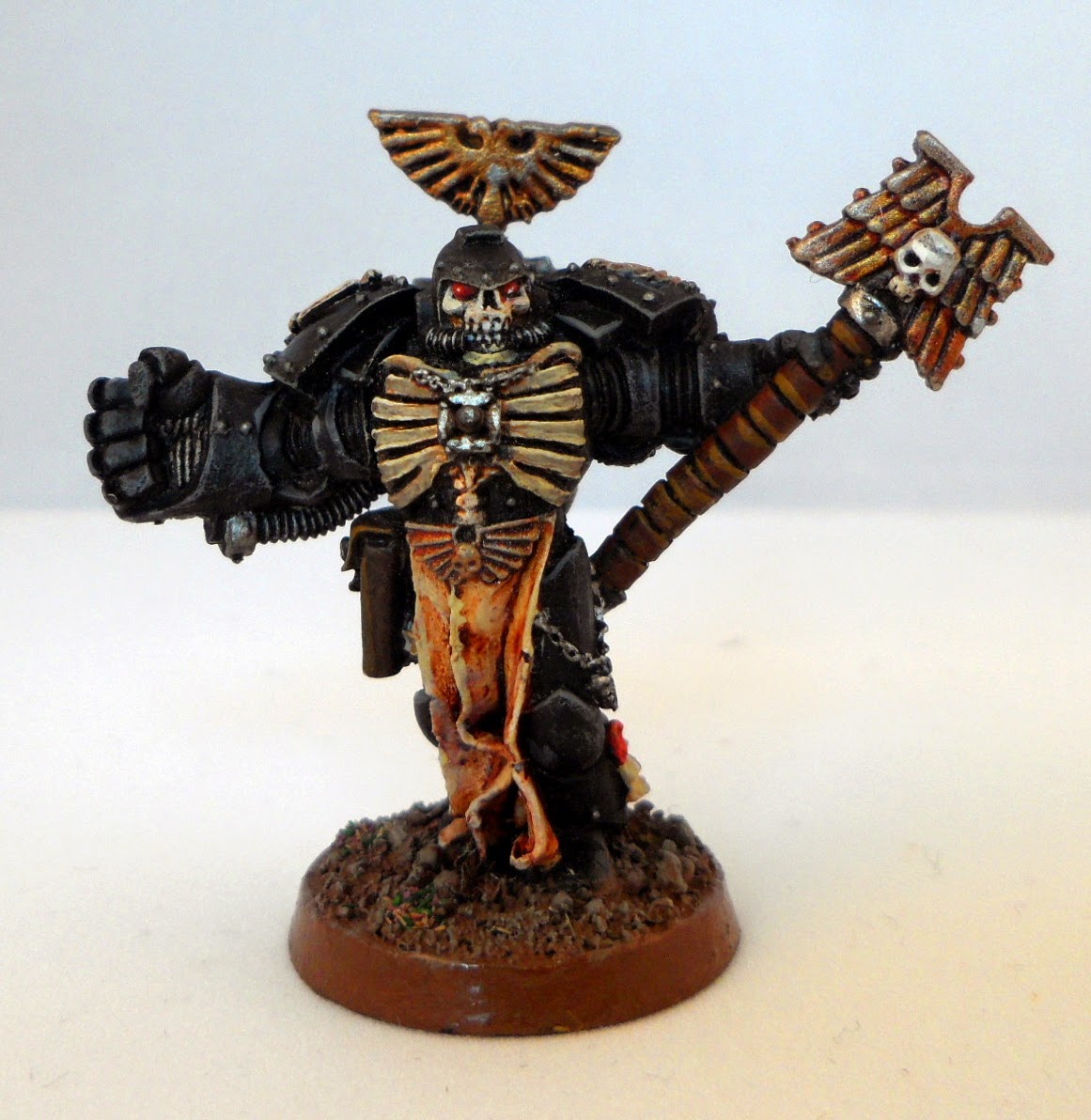 Hello Readers, here is my latest offering, continuing my Relictor Battle Company with another Chaplain HQ character. Why? Because I love this sculpt, love the pose and the attitude he gives off! And Relictors can never have too many Chaplains to cleanse their souls from the taint of Chaos they work with everyday. 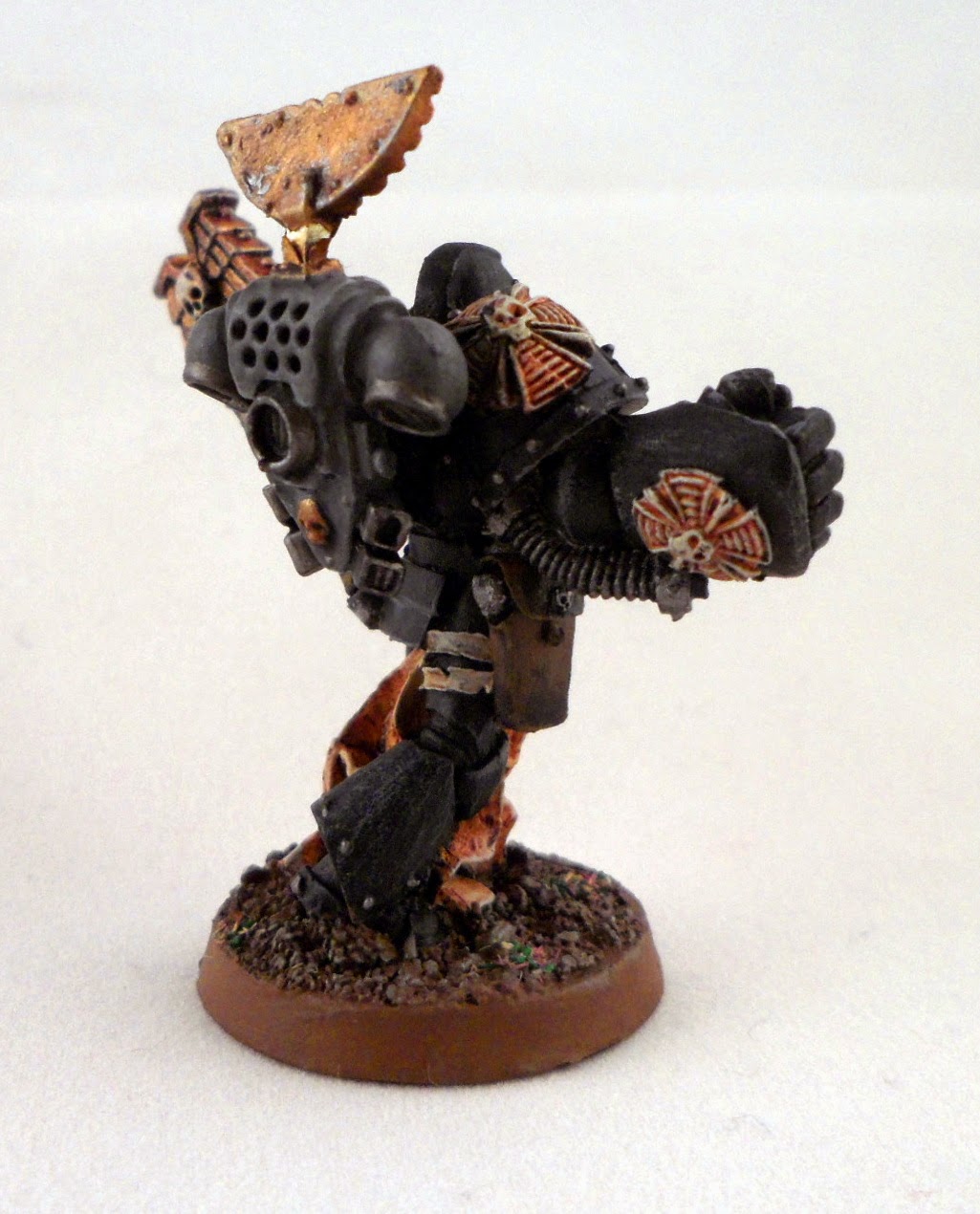 The power pack is from the LE Marine with Powerfist and Bolter standing on an Aquila, I have several more power packs with the same Aquila atop them I'm putting aside for the eventual HQ Squad to complete the Battle Company.

I'm afraid it's become a bit of a standing joke now - all I have to complete the Battle Company is 4-5 HQ Squad marines, but instead I've painted a fearsome arsenal of tanks, aircraft, heavy support and elites and specialists... but not the elusive last few marines!

### EDIT: Re-touched the bones of the chest armour to differentiate from the parchment scroll. ###