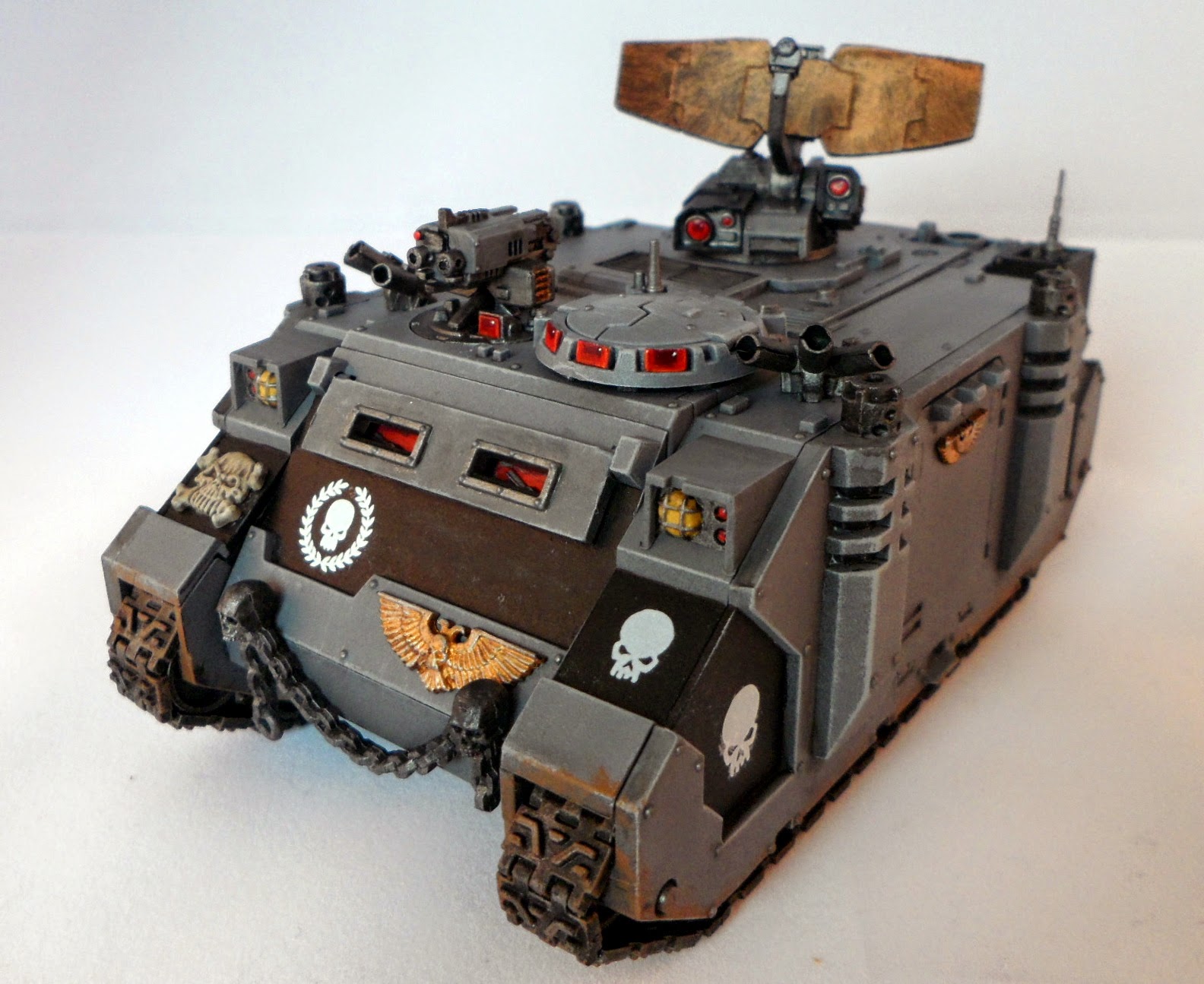 Hello Readers, thanks for dropping by to have a look at my latest offering. It only seemed apt that on the day GW offer us the Command Rhino, I finally painted the FW one! Here is a small dent in the FW to-do pile, in the form of my Damocles Command Rhino. In the latest IA book, War Machines of the Adeptus Astartes it costs the same as a Stalker from Codex SM, and for that you get Teleport Beacon, +1/-1 to Reserves and a once per game Orbital Bombardment, and fills one of the HQ slots.

I haven't yet seen the rules for the new SM Command Rhino, but I guess I'll get one of those too! 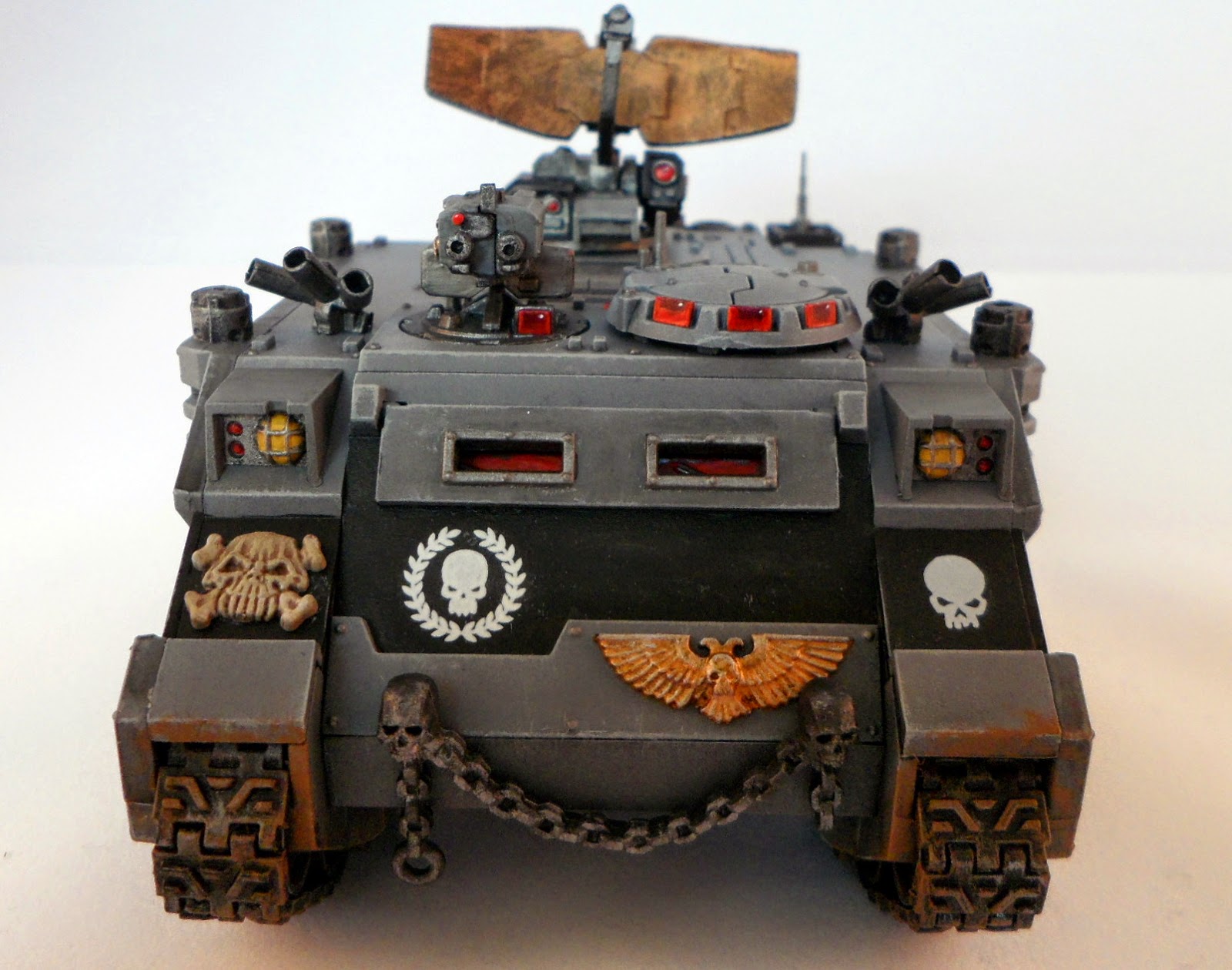 I've painted the Damocles in a similar way as my other 16 Rhino based tanks(!) with black flash and panels and adorned it with the usual skull motif with crossed bones denoting a command vehicle, and a chain. As it is a command vehicle, I left off a numeral on the front panel and added a wreathed skull motif instead to denote it's command status. 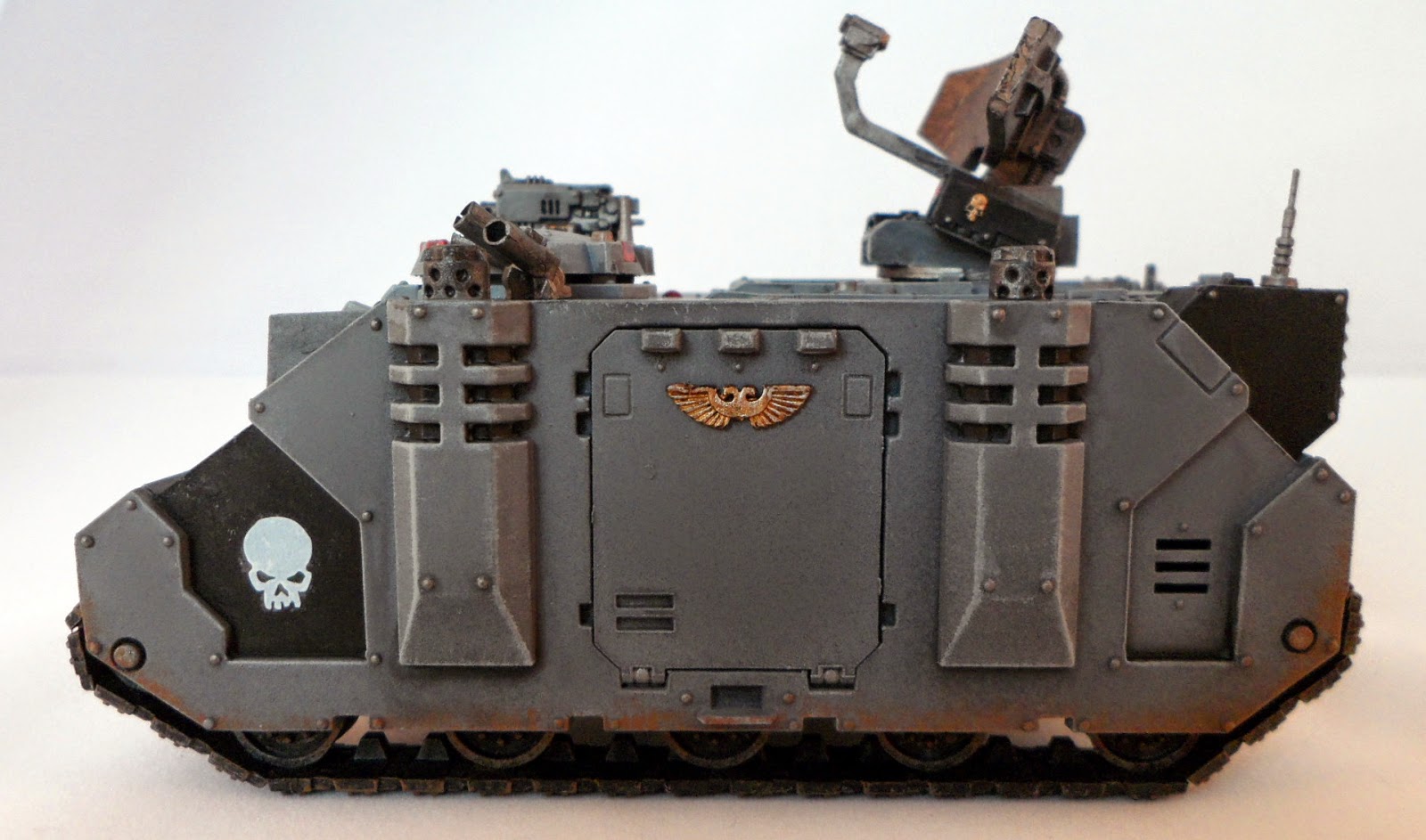 I think these small Aquila were from the Stormtalon kit, the FW kit comes with the nice additional comms box at the rear of the tank, I've added a small scale aerial to the top of it, but the stub aerial it comes with is fine. 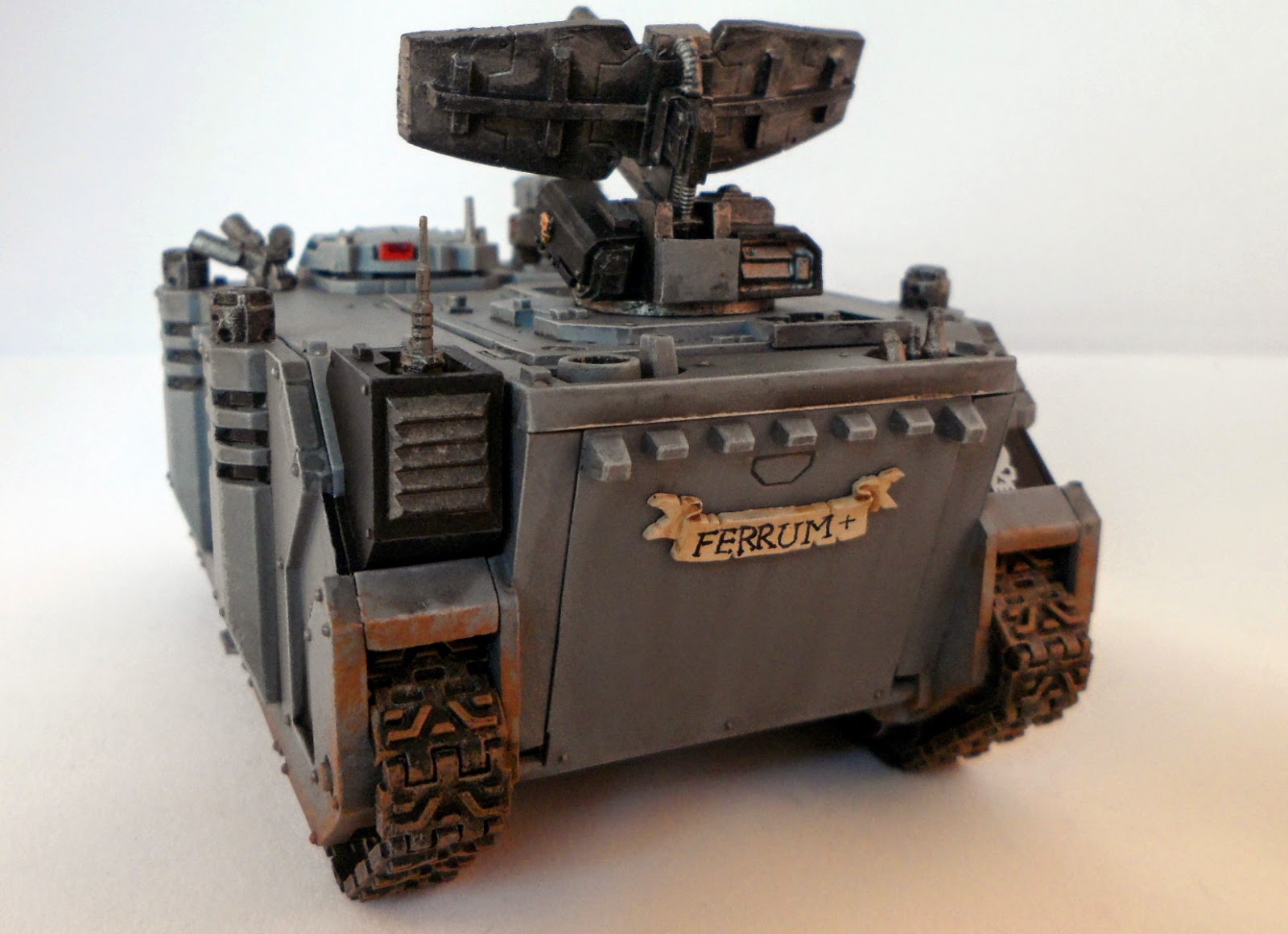 This one is called 'Ferrum' as a nod to 6thDegree's Iron Warriors and Canis Ferrum the newest Titan to Weemen's armies which accounted for over 7000 hits to the blog in February! 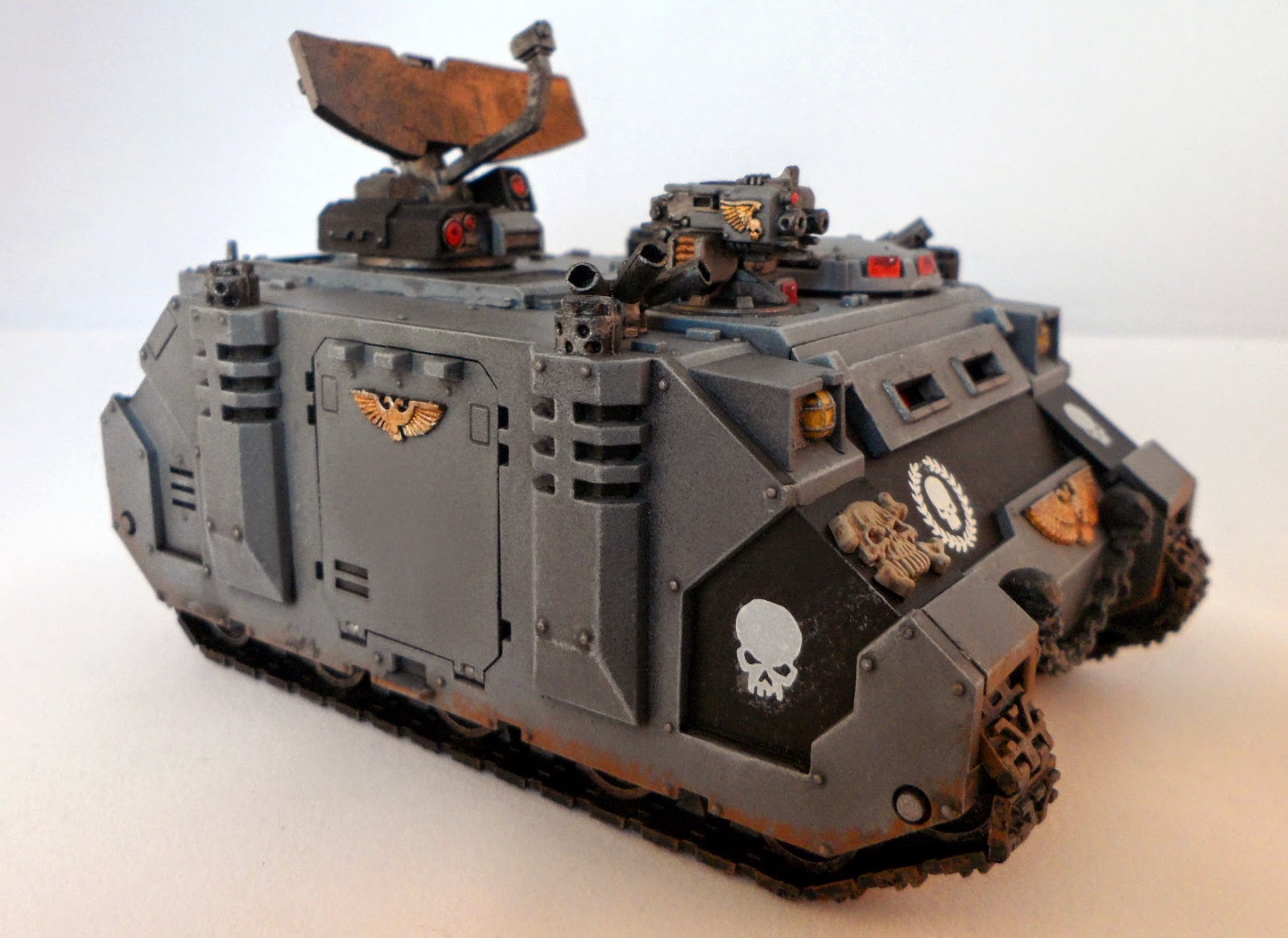 Next up, maybe a Hunter to accompany the Stalker, or some Necrons... hmm...

Thanks for dropping in, hope you like.
Posted by Siph_Horridus