Hi guys - I have a new toy to share with you today; a Shadowsword super-heavy tank.

Its hard to tell now, but this is actually Siph's Shawdowsword that he converted back in 2009, but never got around to painting it - so I kindly re-purposed it for my Iron Warriors (not that I can really use it in games other than Apoc or 30k as Tormentor). 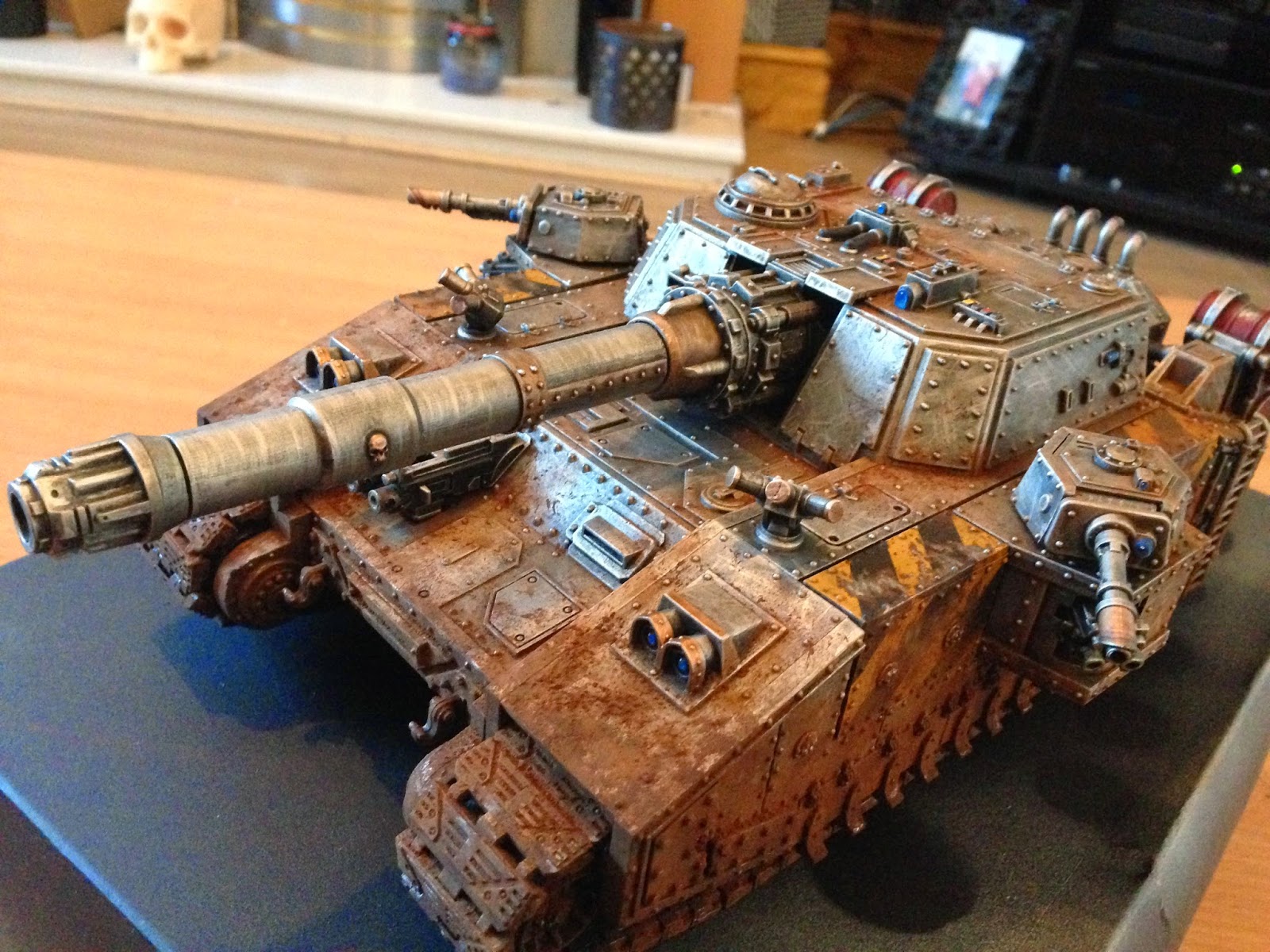 Siph had done some awesome work converting the tank to be 5 out of the 6 Shadowsword variants, although I ended up gluing the hull in the rear position, so its now not 100% accurate as the Banehammer and Doomhammers - but close enough for me.

I filed off the filthy imperial aquilas from the sides of the tank and anywhere else I could find them (other than the tracks - because...just no) - so it fits in with my Iron Warriors, although there is now heraldry on there. 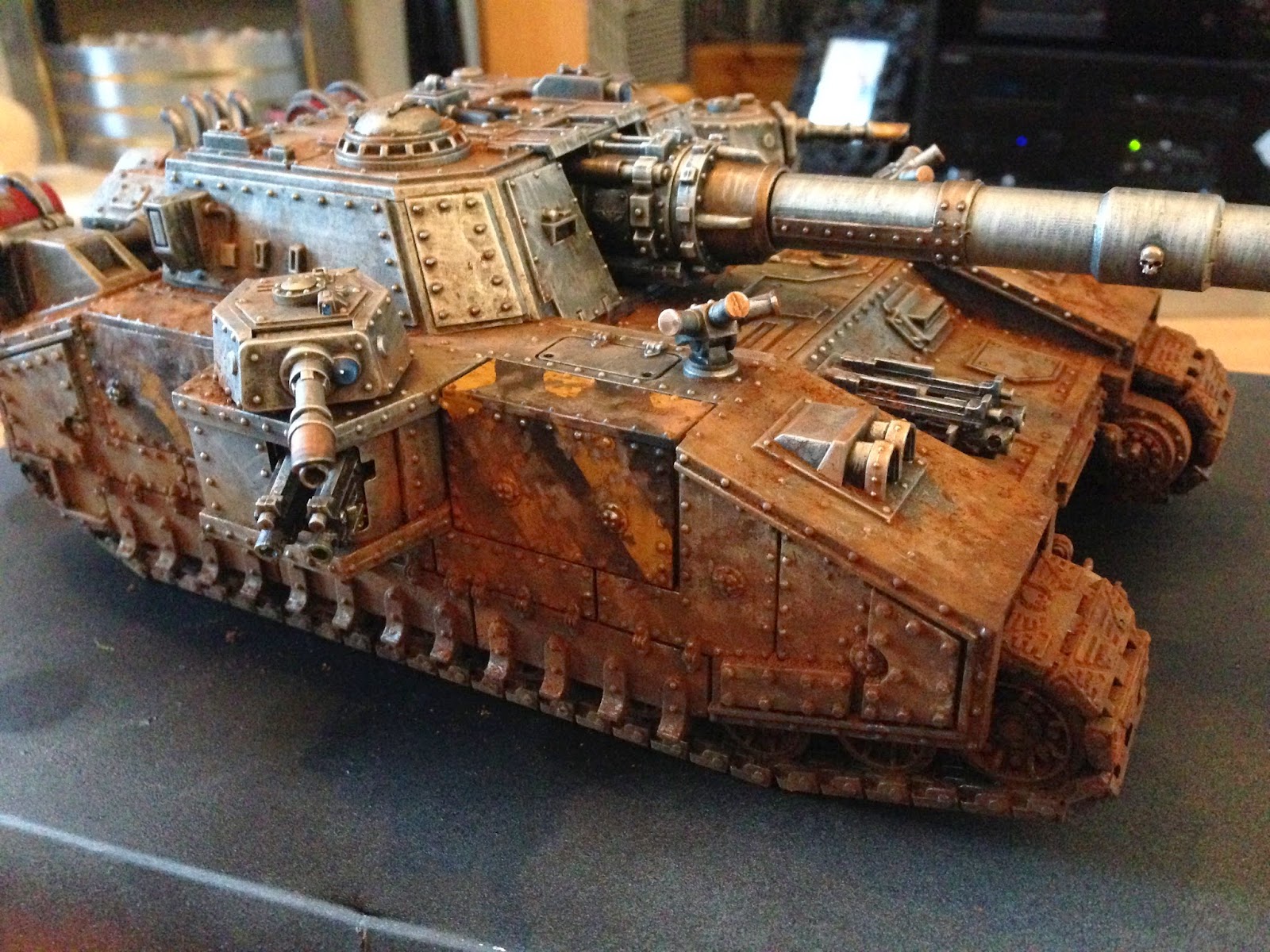 I actually started working on the tank back in Autumn last year - but got interrupted by a Titan, so promised myself that this would my next priority to get finished. 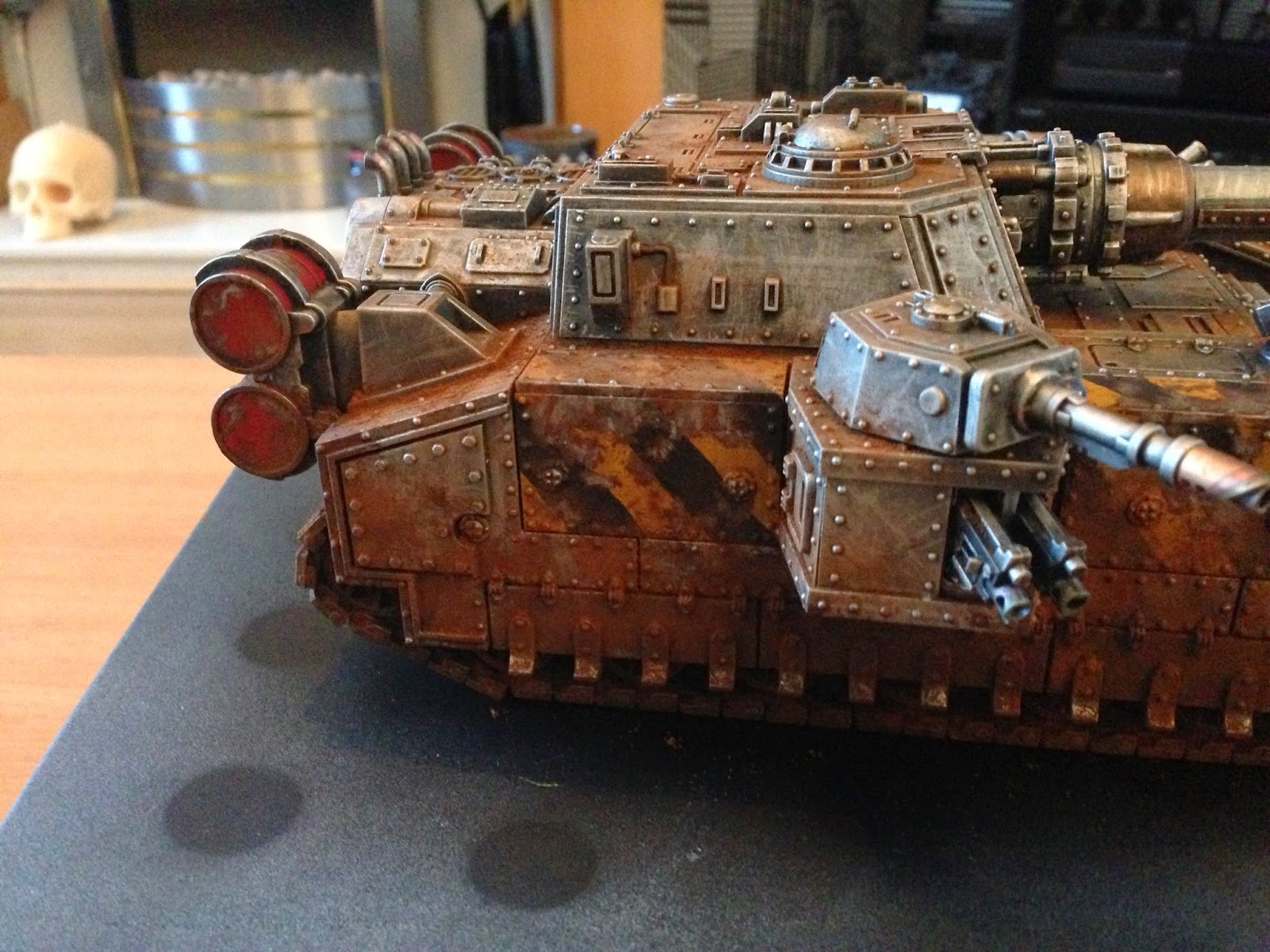 I treated the paint job in exactly the same way I would a normal Iron Warriors tank - just like a giant Rhino really. Which was fine until I got round to painting on all the edge highlights/scratches - which admittedly took me ages. 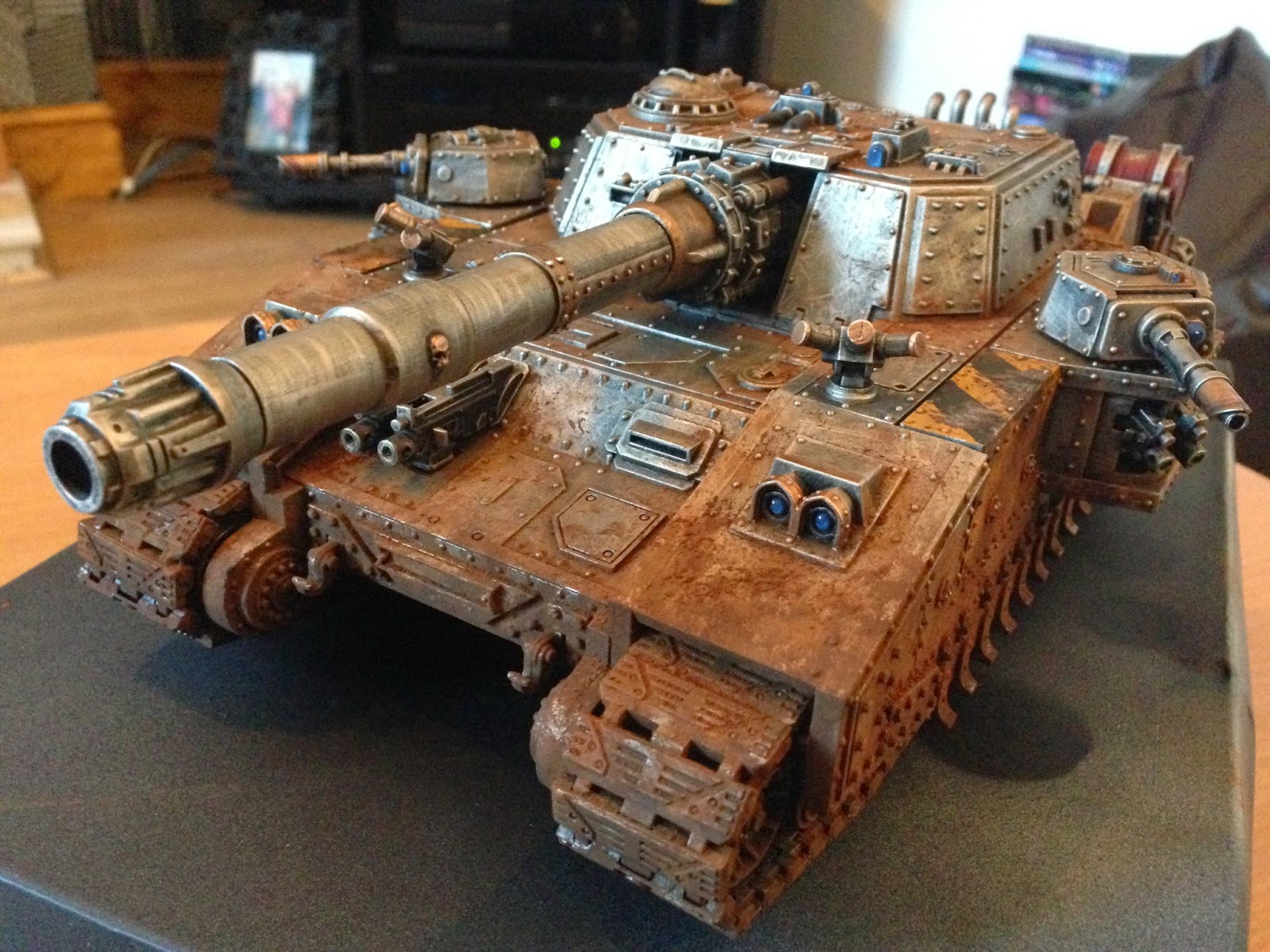 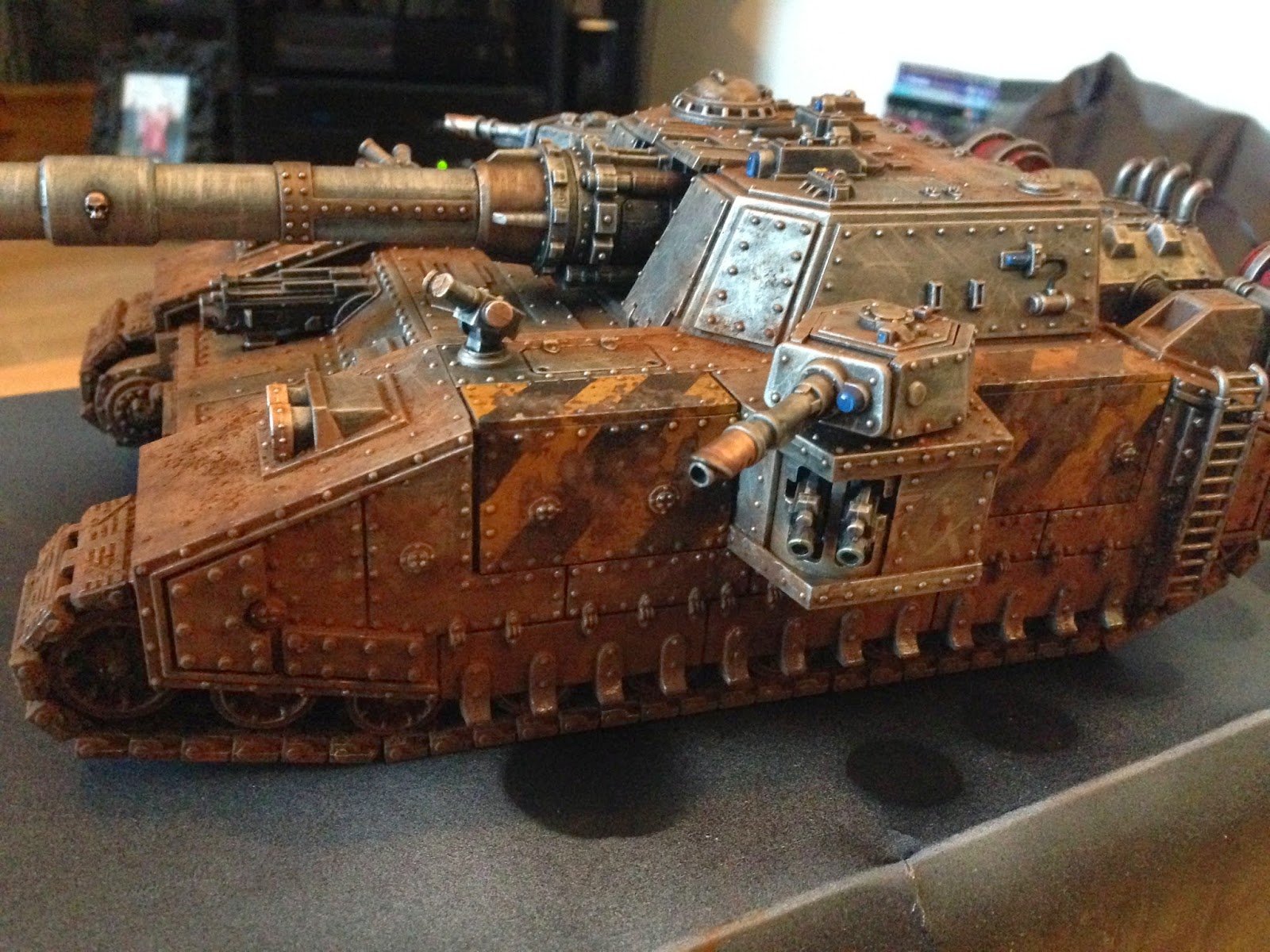 I'm pretty happy with how the weathering came out - I was a little concerned about the sheer flat expanse of some of the surfaces; even as detailed as they are, painting them as bare steel left it looking very sparse, but that wasn't really a problem after all the mud had gone on. 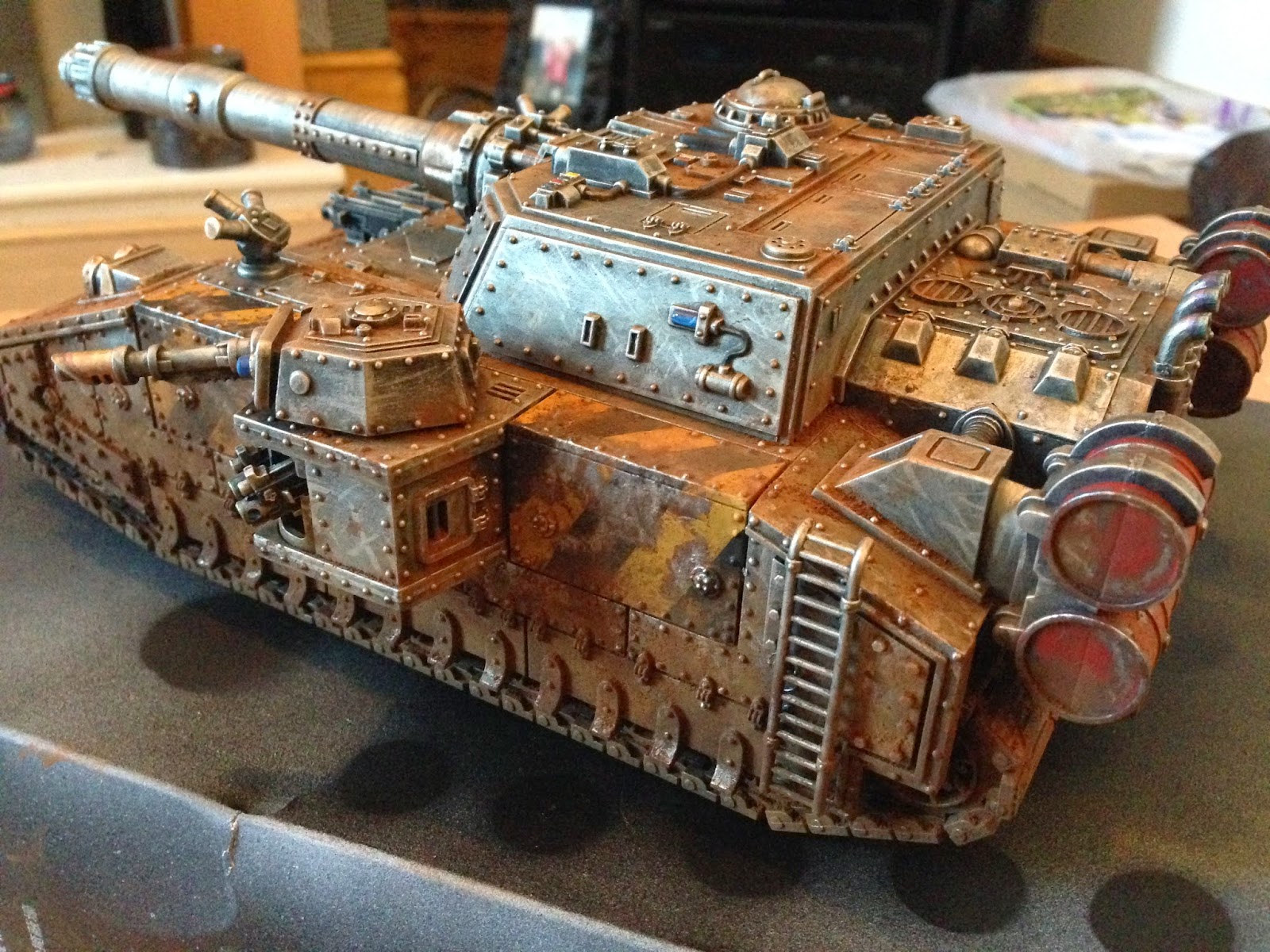 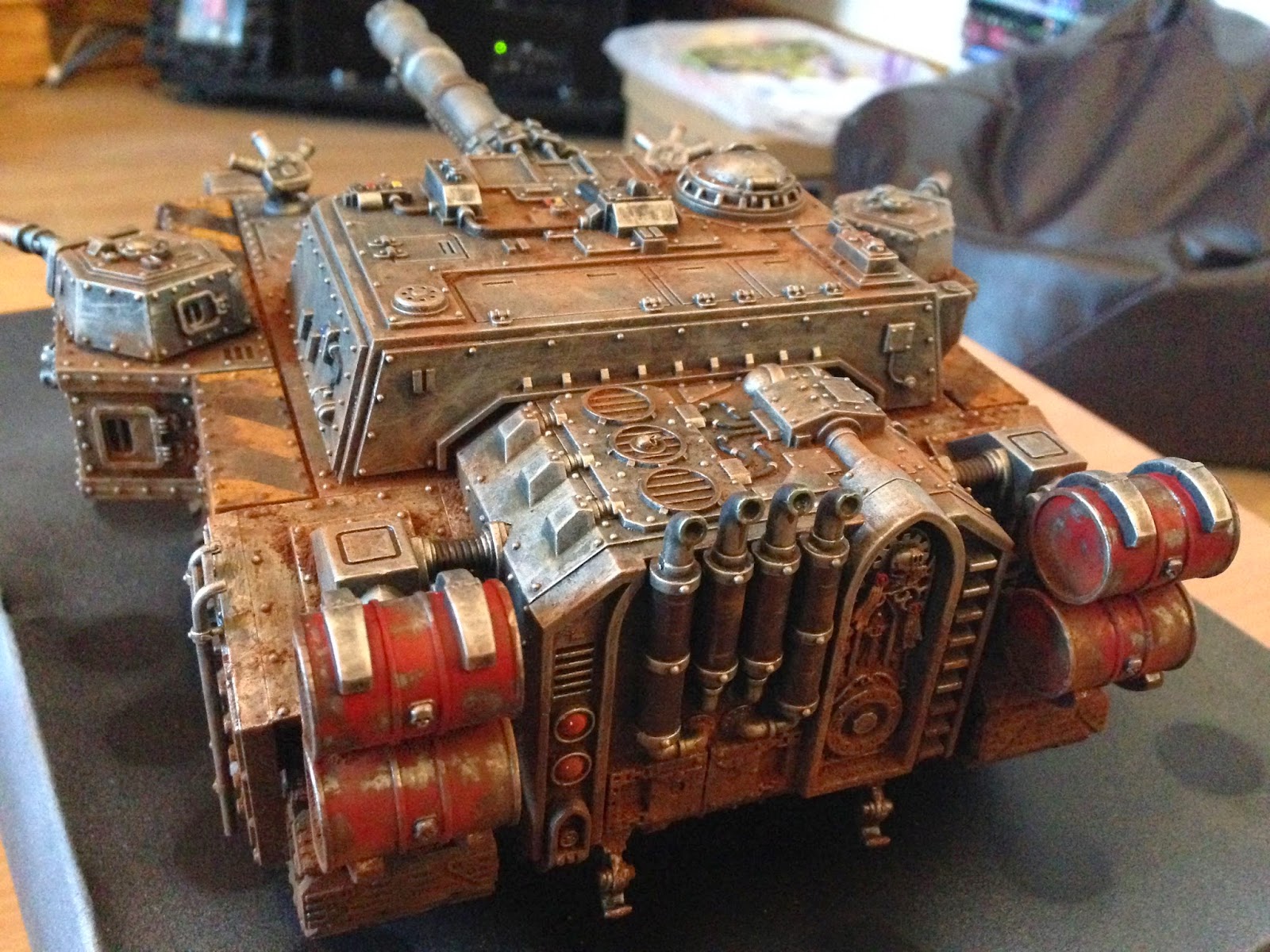 I hope you like - I can't wait to get it in a game and start blasting holes in Siphs Titans.
Posted by the 6th degree