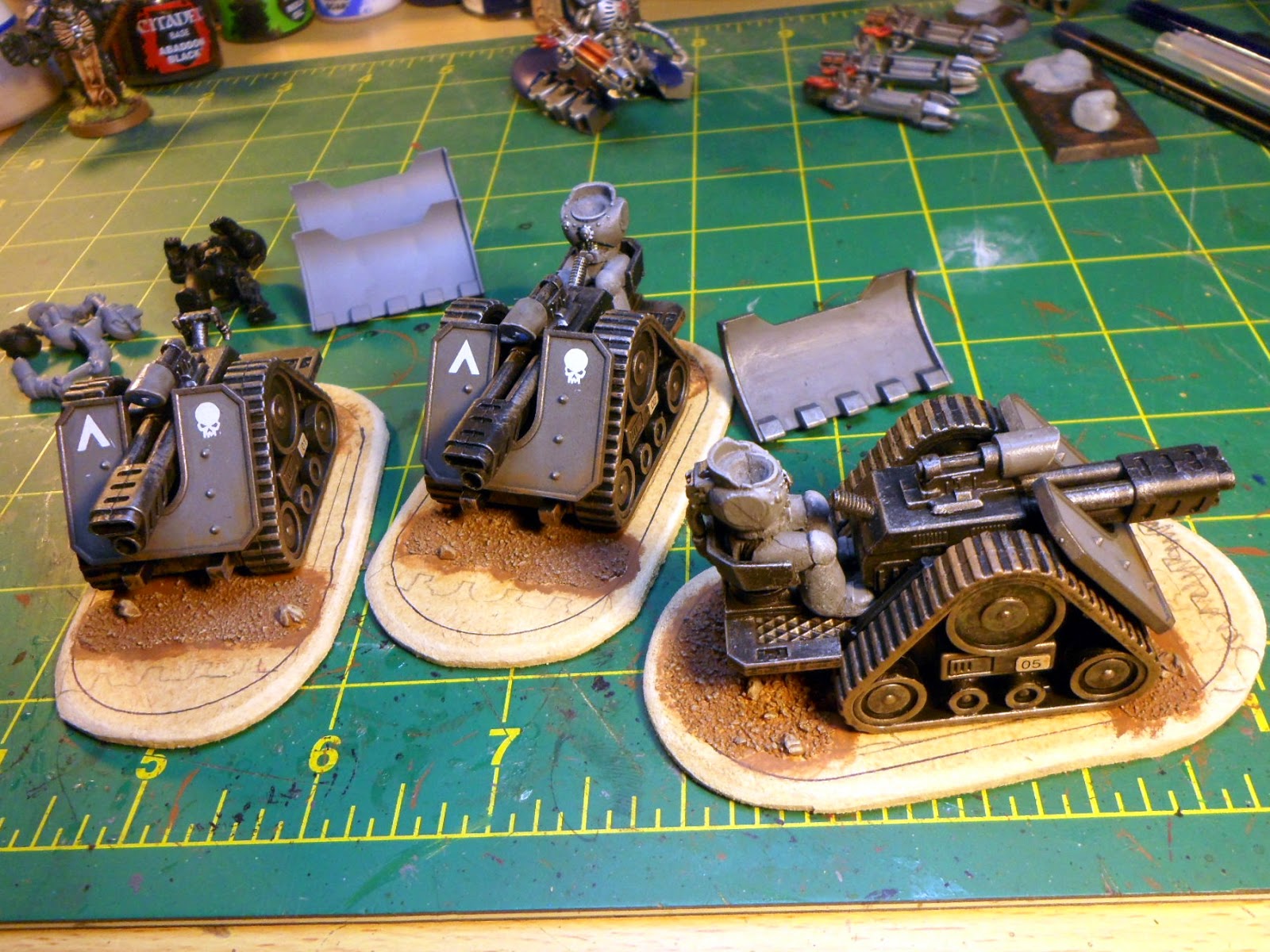 A quick update, now that I am working on the hobby front again, whilst I was away I see that FW 'nicked' my idea ;)  Here are my Space Marine Rapier Laser Destroyers made from a Kickstarter project 6thDegree and I sponsored. He produced a decent Iron Warriors Laser Rapier in no time at all, I sat on mine...

That was until I bought a Damocles FW Command Rhino and decided to glue the back door shut, giving me two seats and sitting down marines to use... 'ding' great idea, I'll use them as gunners to man the Rapiers, I already have a FW Heavy Bolter one for size comparison, so I'll put these Kickstarter ones to good use.

Nowhere near as detailed as FW, but a decent tabletop equivalent. And then FW did these for the Solar Auxilla... sit on and ride Rapiers, great stuff!
Posted by Siph_Horridus