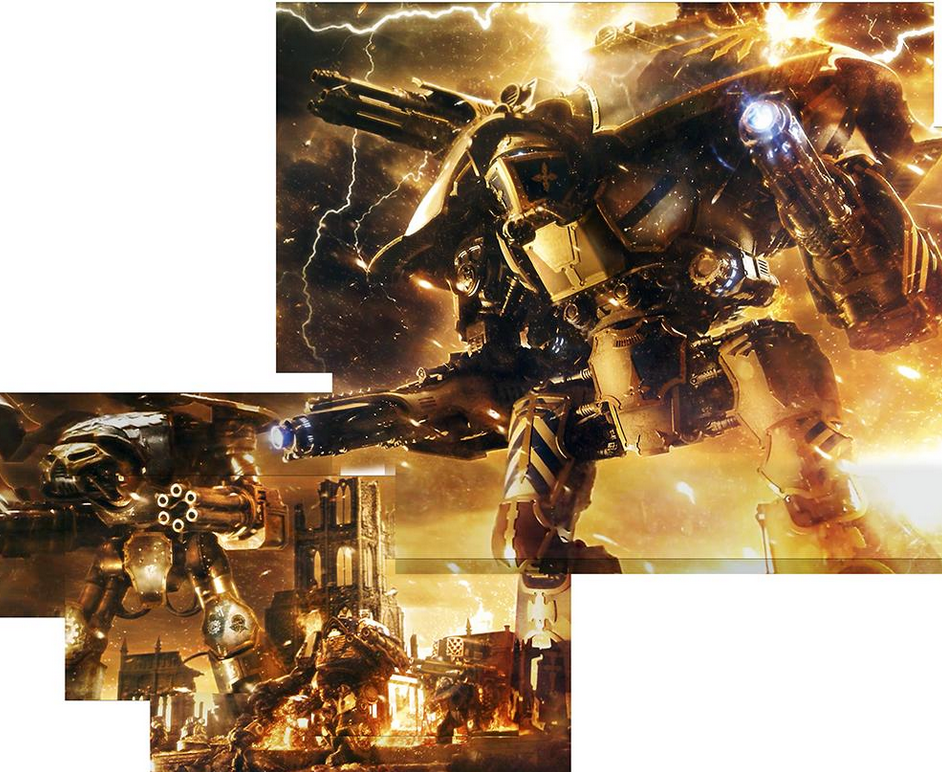 Original from FW Visual Feed, used without permission. Courtesy of aracersss in the comments from Faeit212

Are FW doing the same as GW and hiding the future in plain sight? This was shown during the visual feed from FW just emailed to subscribers and on the Warhammer App. Lord H just sent me the picture and asked the same question?

The video pans up through a Warhound, then a Reaver and on to a Warlord Titan. Reminiscent of the release order perhaps?

This is the best rendition of a Warlord Titan seen so far, echoes from the Imperial Knight in the head design, and when questioned back in 2012 at Gamesday, Will Hayes FW designer behind the Reaver Titan did say it was on his to-do list...

Am I just wish listing like SoB or Squat/Hrud rumours? We'll see... I'm getting one, whenever that'll be and Slayer Sword Winner Richard Gray will hopefully paint it for me like the other Reaver and Warhounds!