I recently decided to add a small Grey Knight force to my ever growing Imperial Army, to go with my Ultramarines, Imperial Guard (and Imperial Knights.. see next post..)

After consulting with the codex, I opted to go for a small 5 man terminator squad, that could double up as Paladins, with Lord Draigo. Also within the force was a dreadknight.

I've never been a huge fan of the 'silver' grey knights, and following me listening to the 'Garro' audio books (normally whilst sat in traffic on the M3, M23 or the M1) I decided to go 'old school' and have a very plain Grey scheme. I used a grey primer on chaos black, then washed with nuln oil. The armour plates were then highlighted up with codex grey. Storm bolters were coloured red, with the force weapons painted using a blending technique to go from regal blue to skull white. This was the first time I've tried blending on power weapons- and I like the final results. 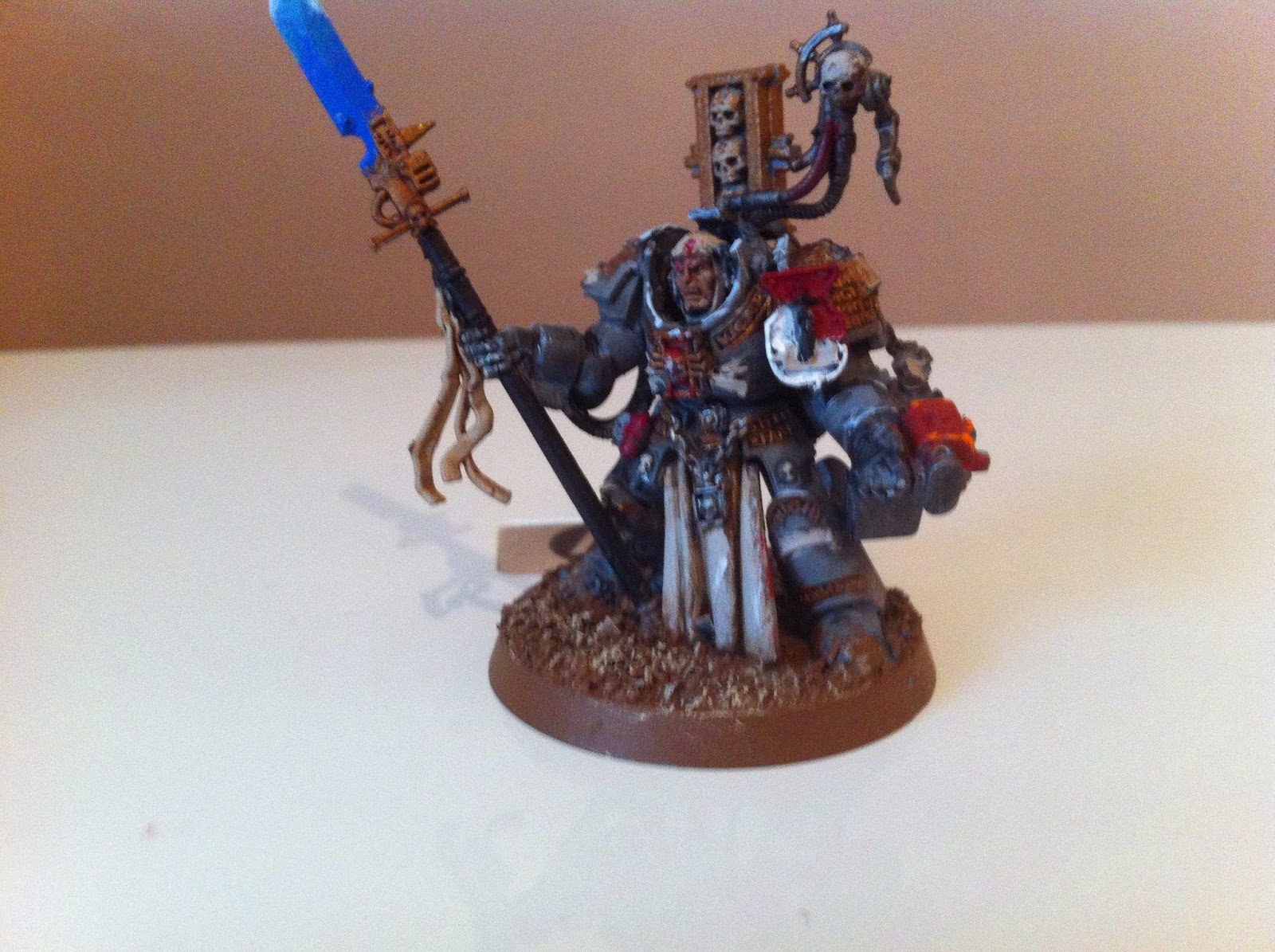 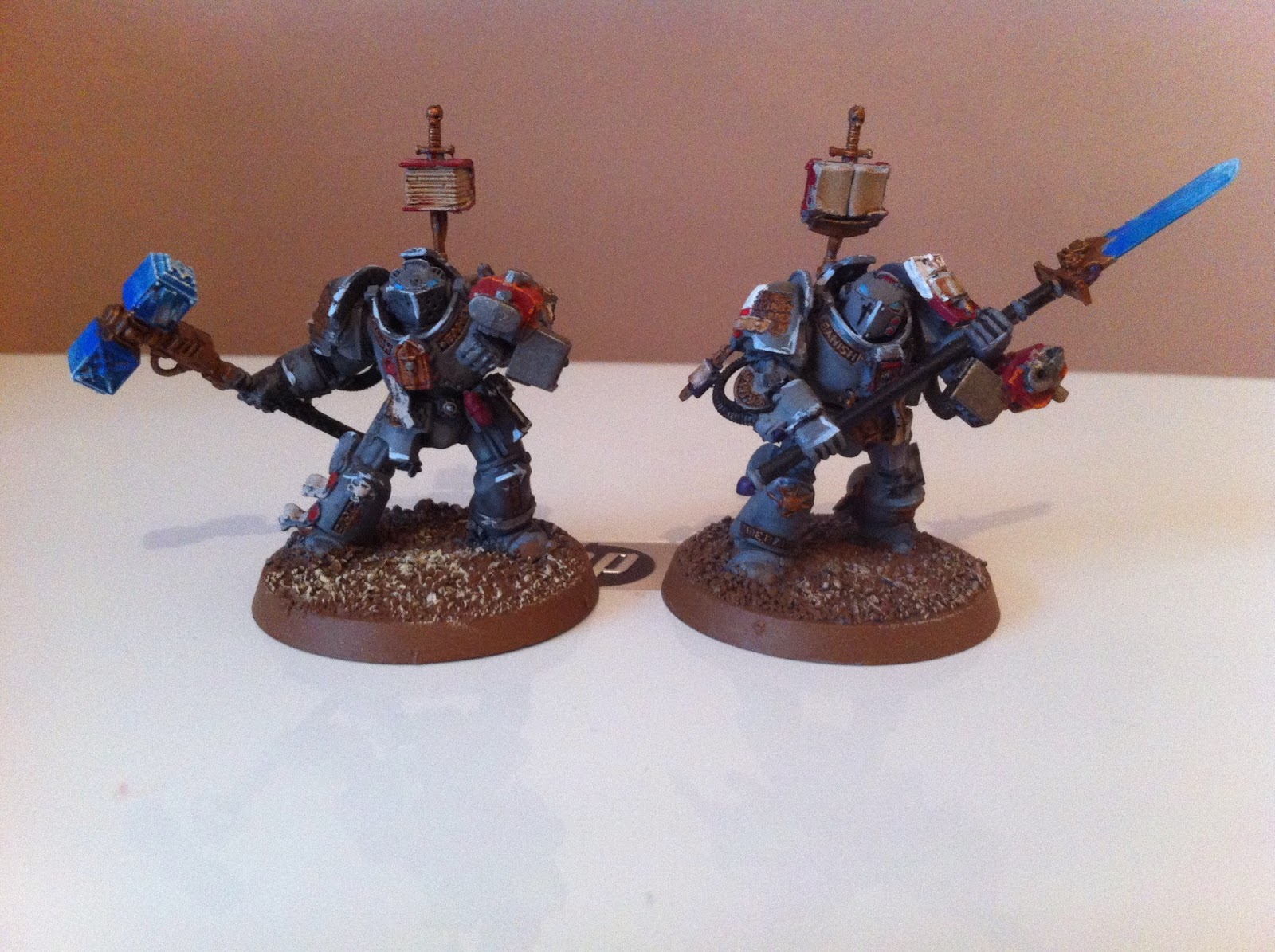 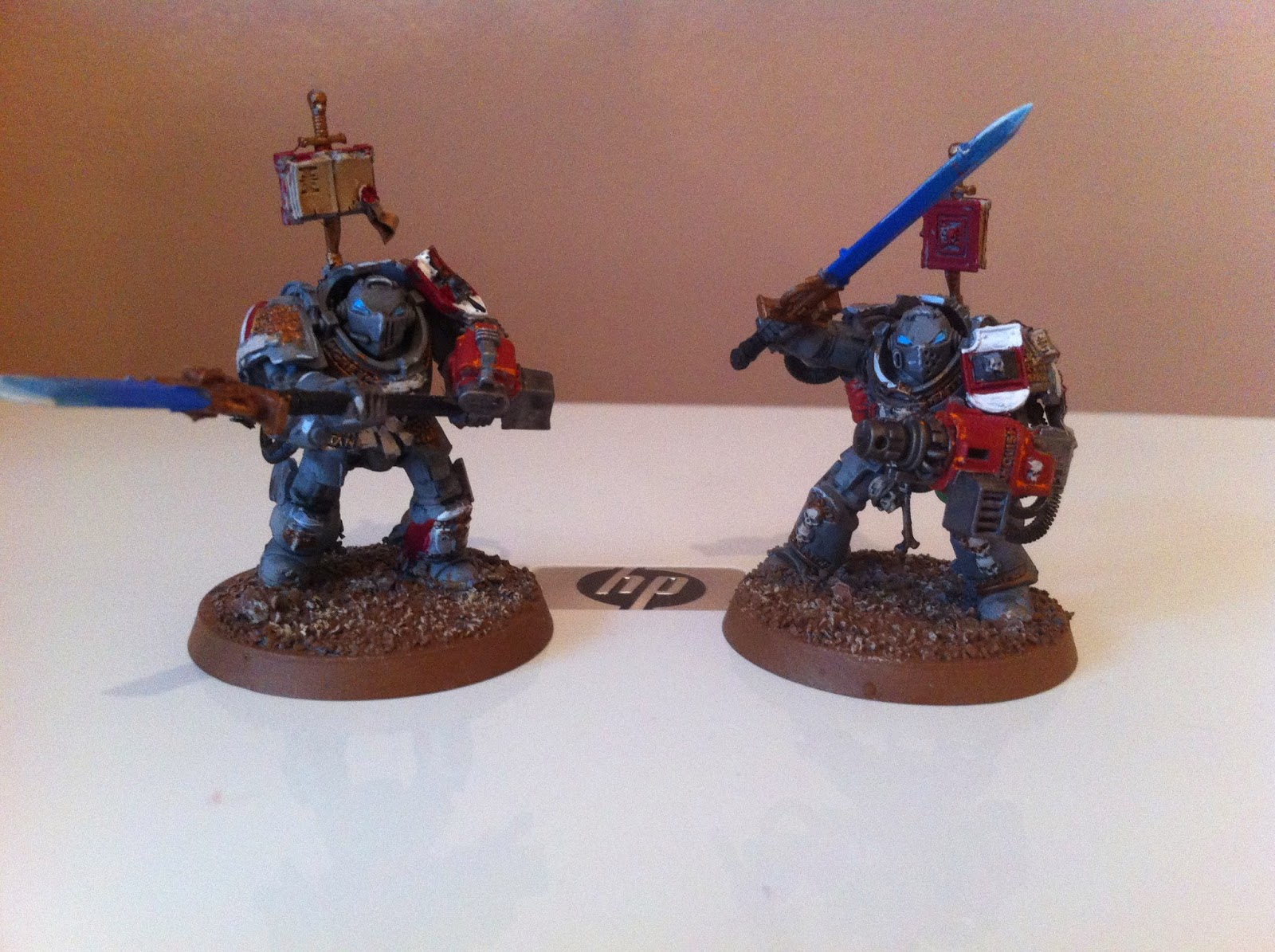 With Draigo I opted to alter the head position so that he is looking over his shield- which overall gives the impression that he is charging into combat- this is enforced with the angle of the 'Titansword' which was slightly warped (hmmm... finecast...) 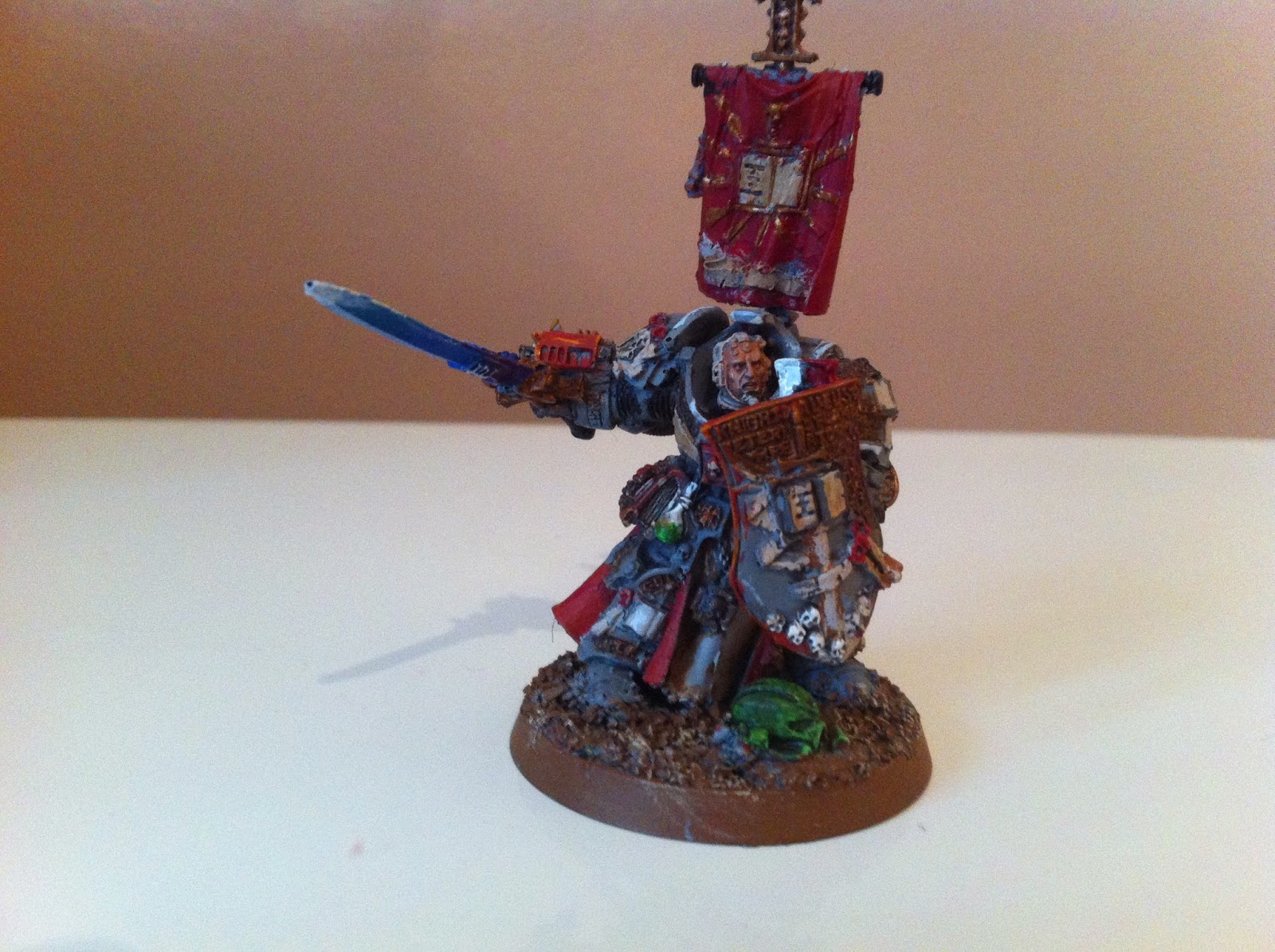 The Dreadknight is armed with a Nemesis Greatsword and a Gatling Psilencer- mainly because I liked the look of the two weapons together! also having 12 shots is pretty good for a single model (especially with Siph's dice rolling) 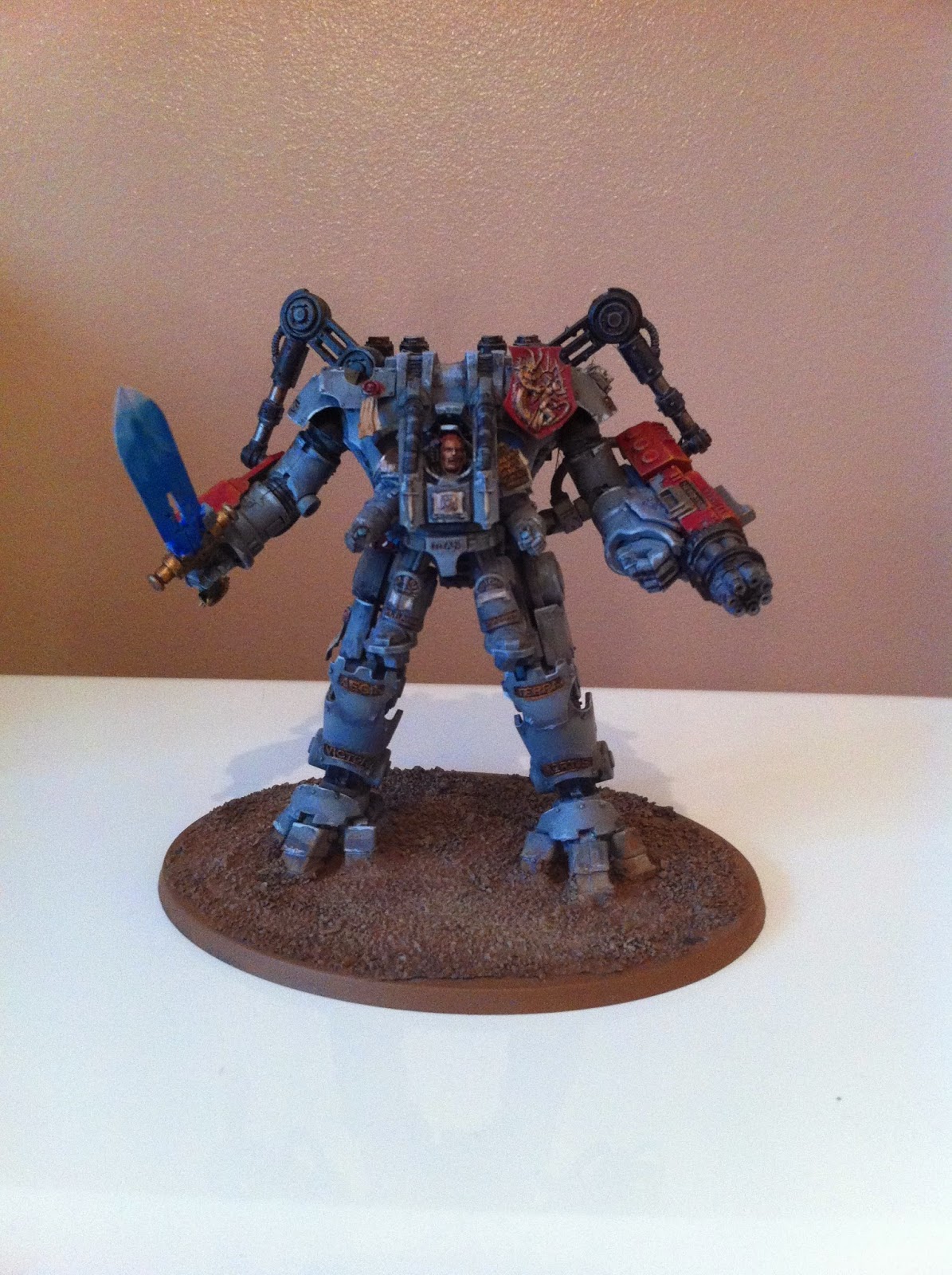 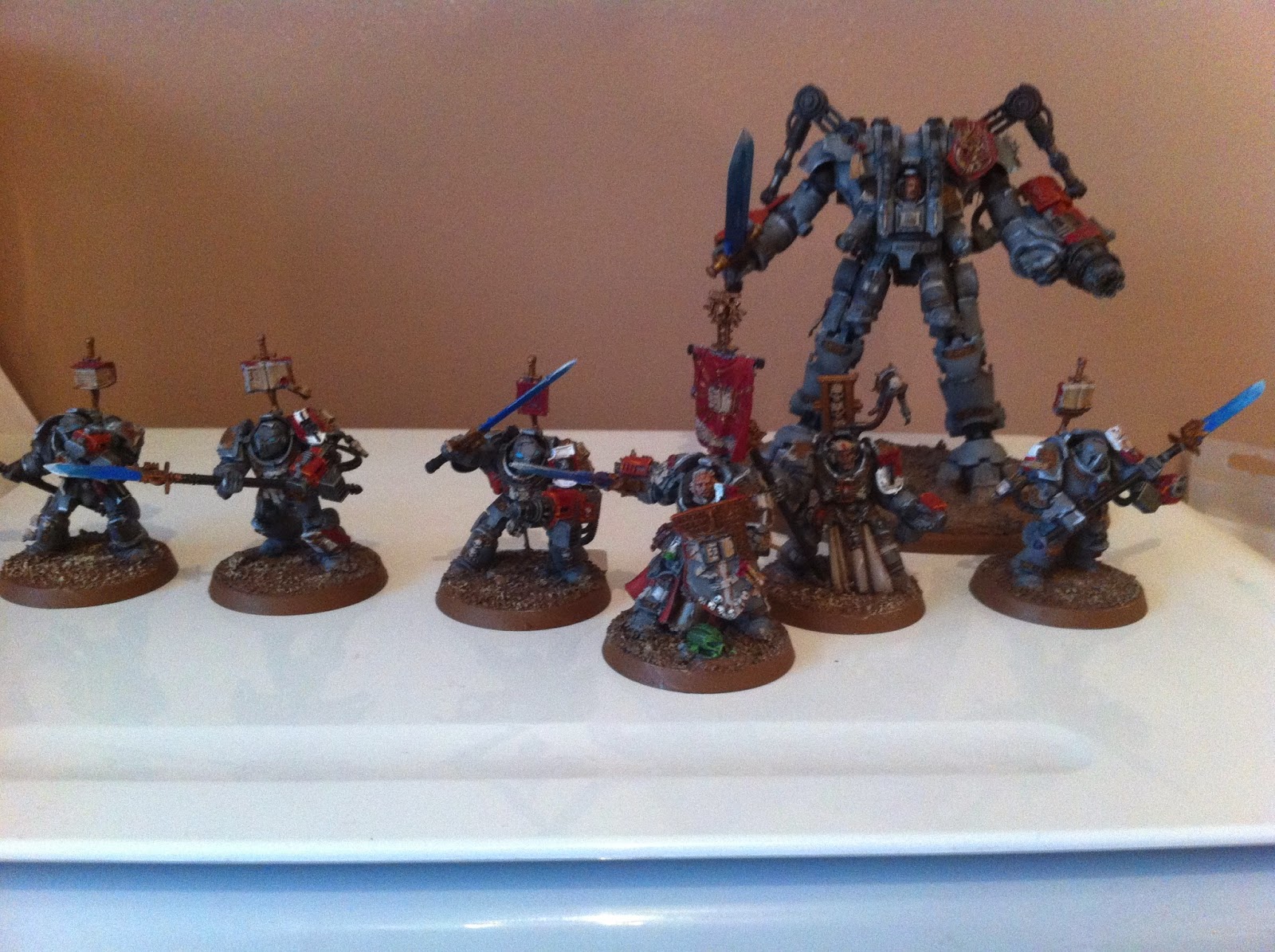 To finish the army I have a Stormraven and a 5 man Inceptor squad to complete.