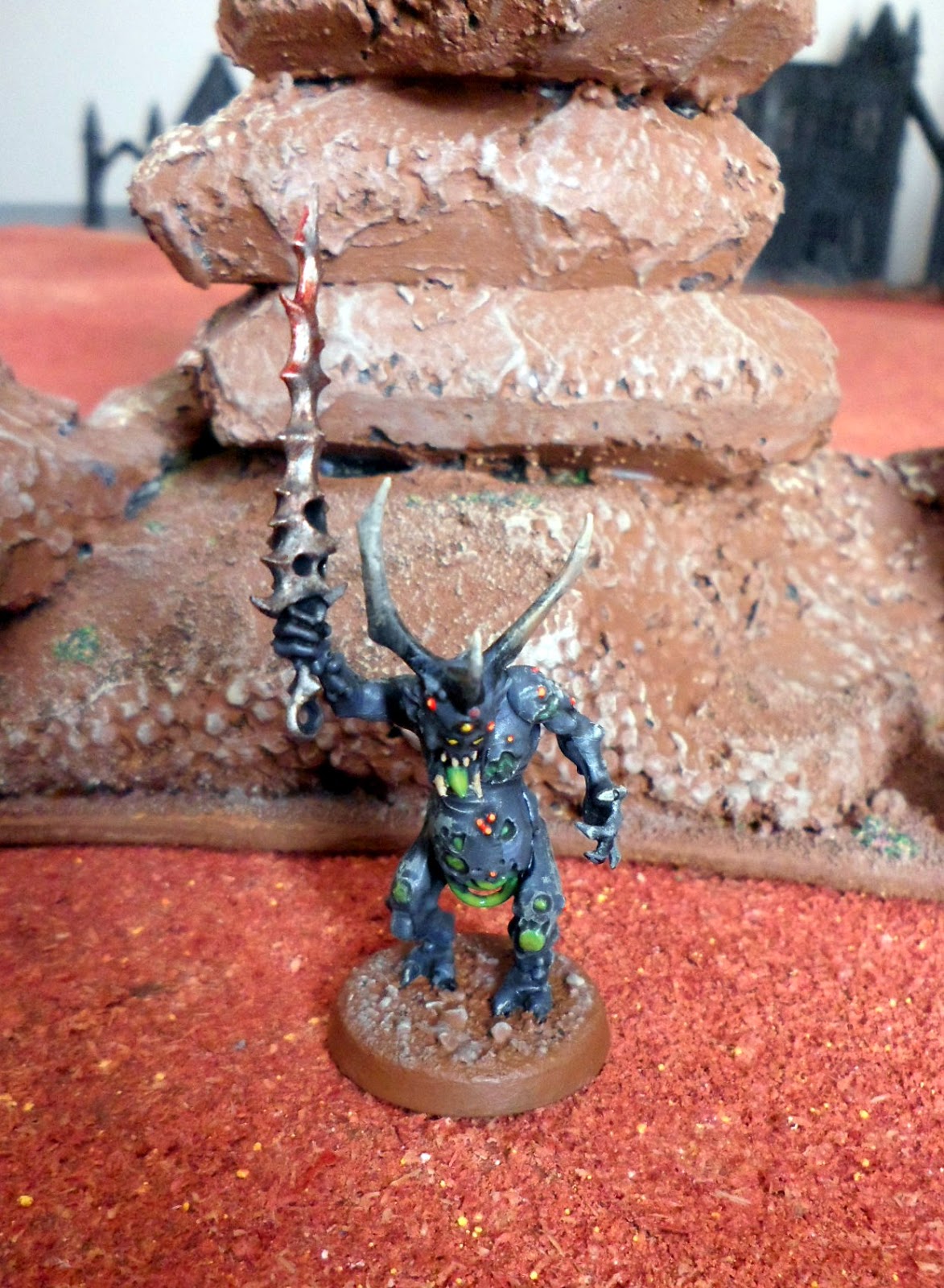 When I started this Blog in 2008, it was and still is a showcase of my Relictors for anyone, especially my good friend Lord Halfpenny to see what progress I've been making and him vice versa, and now our good friend 6thDegree too. Whoever else drops by often leads to constructive comments and I check out their blogs for ideas too. I now bring you my latest (and oldest) idea...

Now with the advent of 7th and Daemonology Summoning, my Relictors can further expand within the rules what they specialise in - Using Chaos to Fight Chaos, their fluff can be found here and here. In summary, they are often seen as heretics but they are still loyal to the God Emperor of mankind, but use the tools of Chaos to further their victories over the Dark Powers, they have plentiful Librarians to wield the often hazardous and insidious weapons - some say a dangerous path, others a fickle one, or a necessary one, but to others a step too far, but my Relictors 5th Company have been fighting the good fight since 2008!

Only now, they will be able to field plentiful cheap Librarians, as per their fluff, and use Daemons in their bid to rid the galaxy of the Emperors enemies! 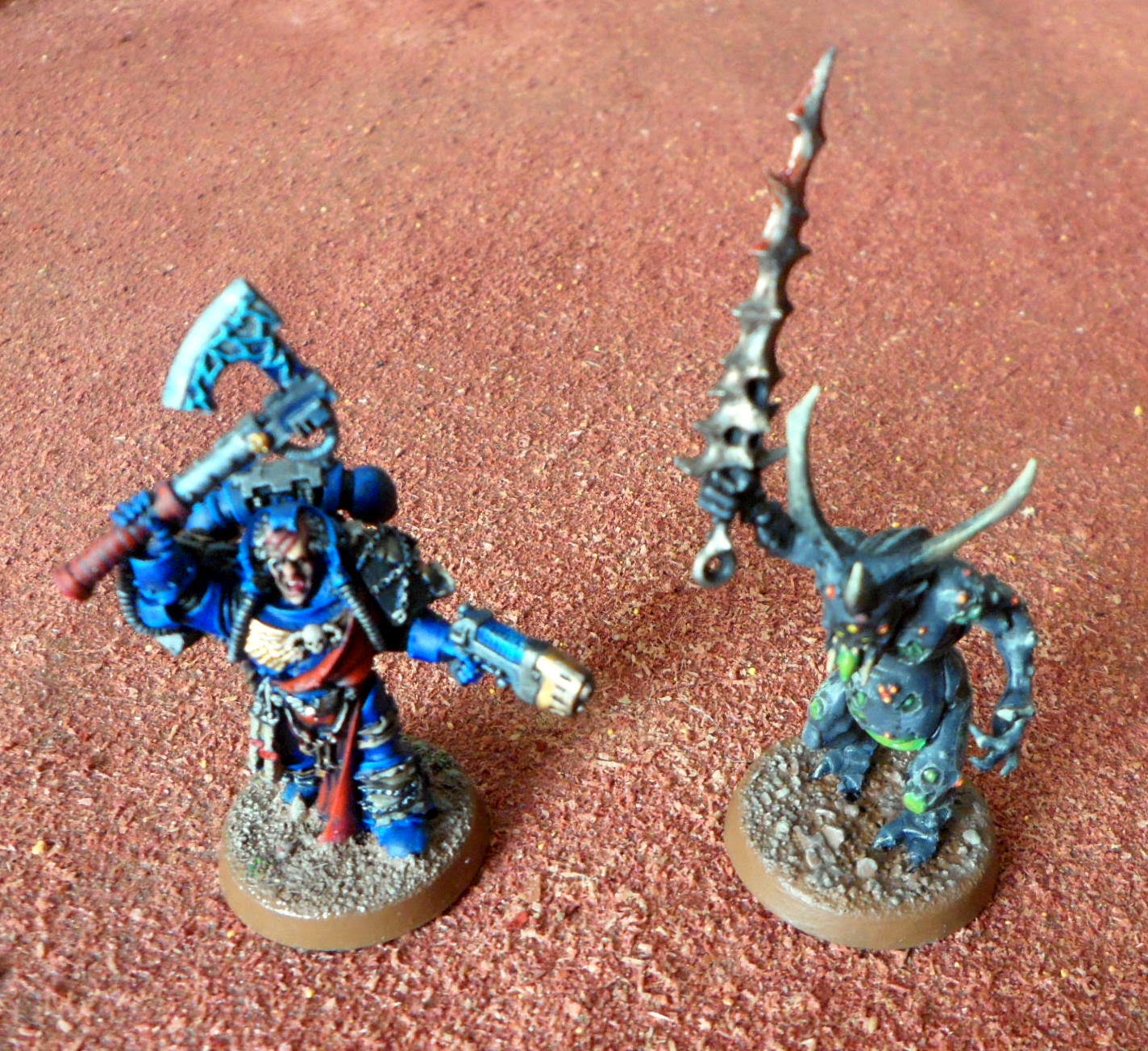 I picked up a number of unusually dark painted Plaguebearers that were painted neatly but plainly - I am now transforming them by re-doing the metallics, pus filled lesions, horns, adding some Nurgle's Rot and Typhus Corrosion with a splash of Blood for the Blood God and of course the bases and here is one I did earlier...
Posted by Siph_Horridus