From the moment Forgeworld released their Legion Praetor models, I knew I had to have them - they are absolutely stunning AND come in Cataphractii and Mk3 armour (perfect for my HH Iron Warriors). Its easy to see why these are in the top selling Forgeworld products month-in month-out. 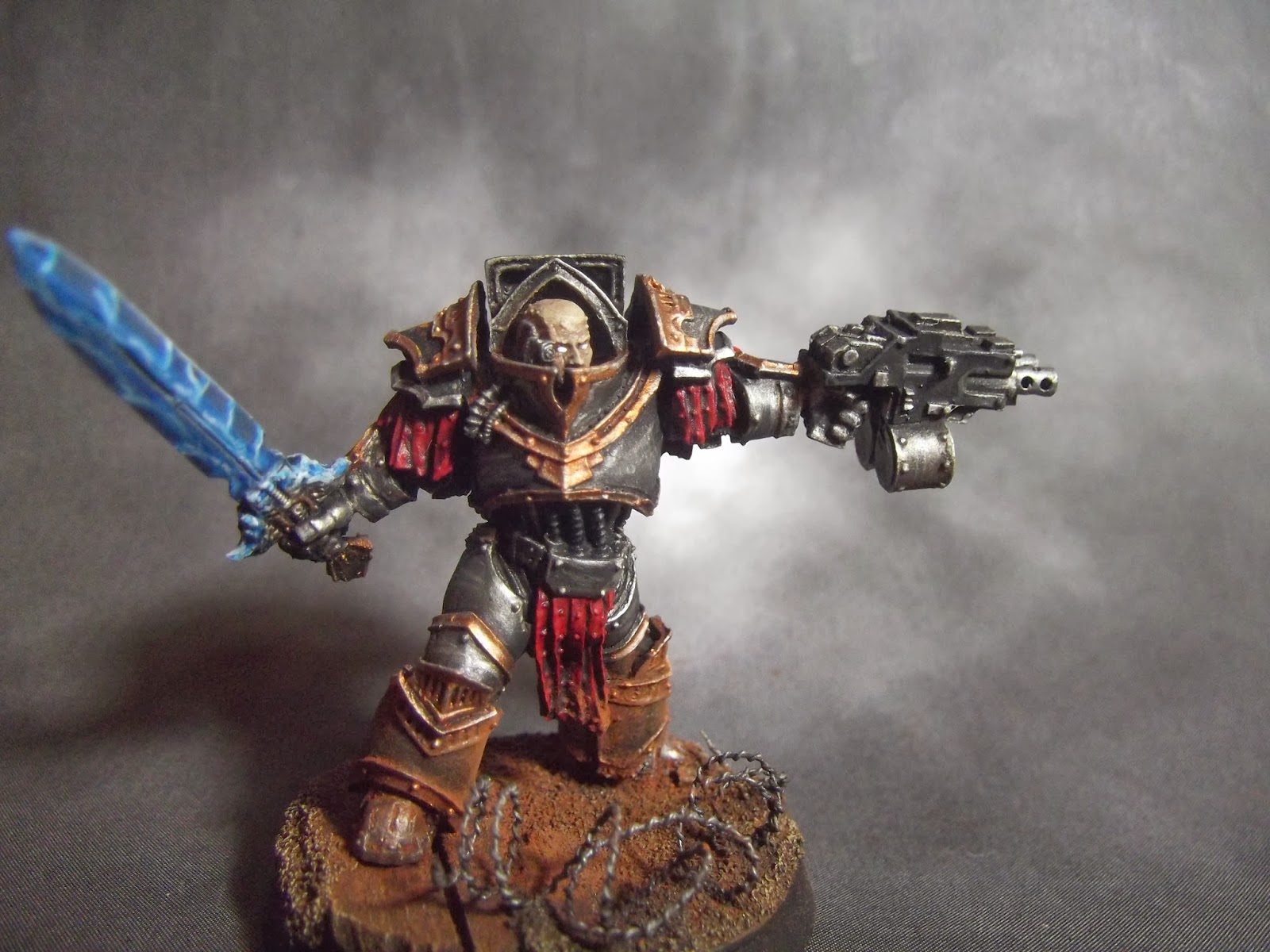 First up is the Cataphractii Praetor. Now I'm not sure where I read/hear it (maybe Horus Rising), but I was under the impression that only the Emperors Children were allowed to bear the Aquila on their armour - I may be wrong, but I still want it on my Iron Warriors, so I'm going with it... Both Praetors have the Aquila across their chest, so the first job was carefully removing this with a scalpel. 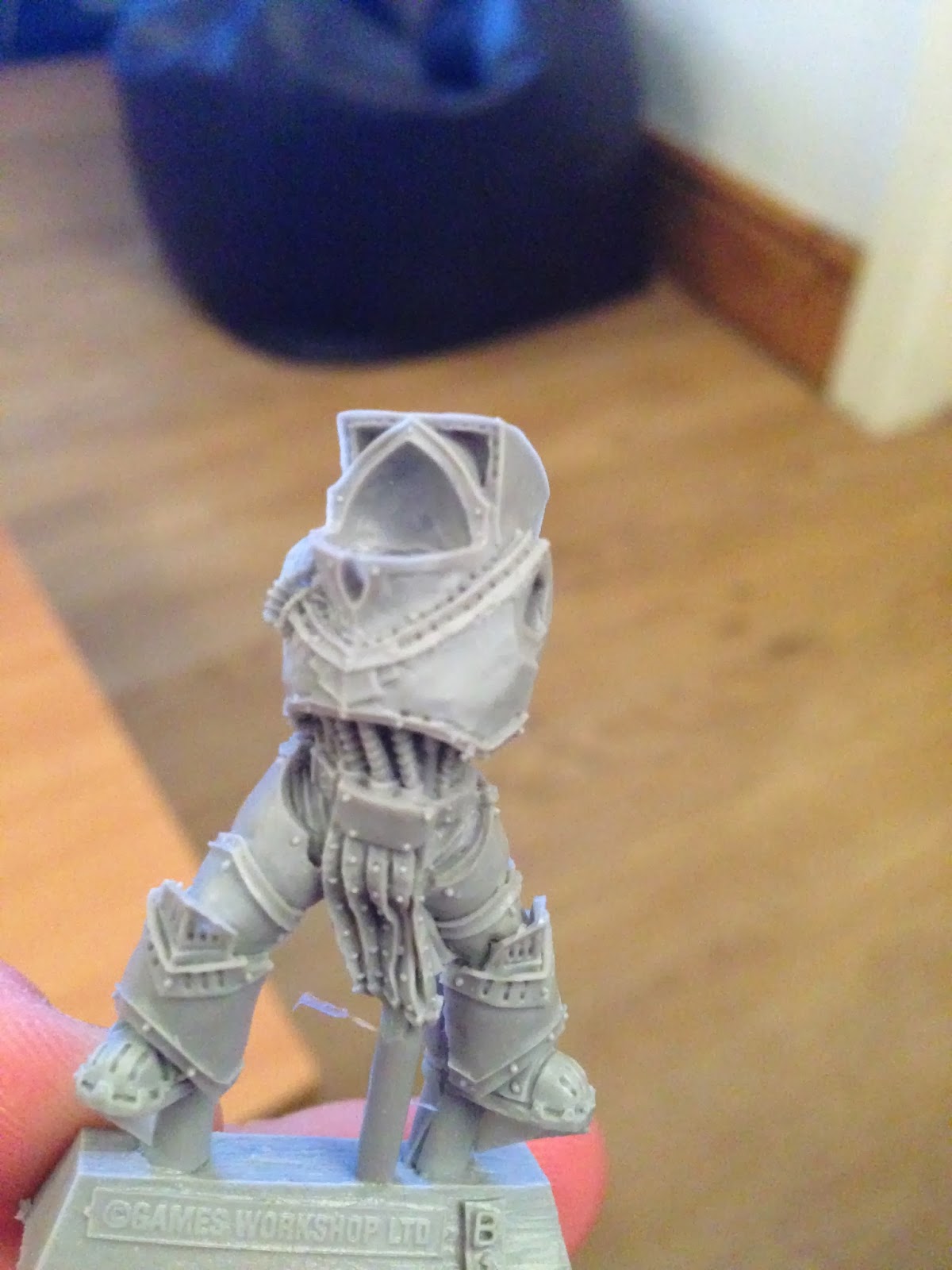 I'm not sure of the rules for the weapon, but this Praetor comes with a Volkite Charger and whilst it might be good, it doesn't really fit with the rest of my army, so for now, he's got a combi-bolter (pre-Heresy of course). 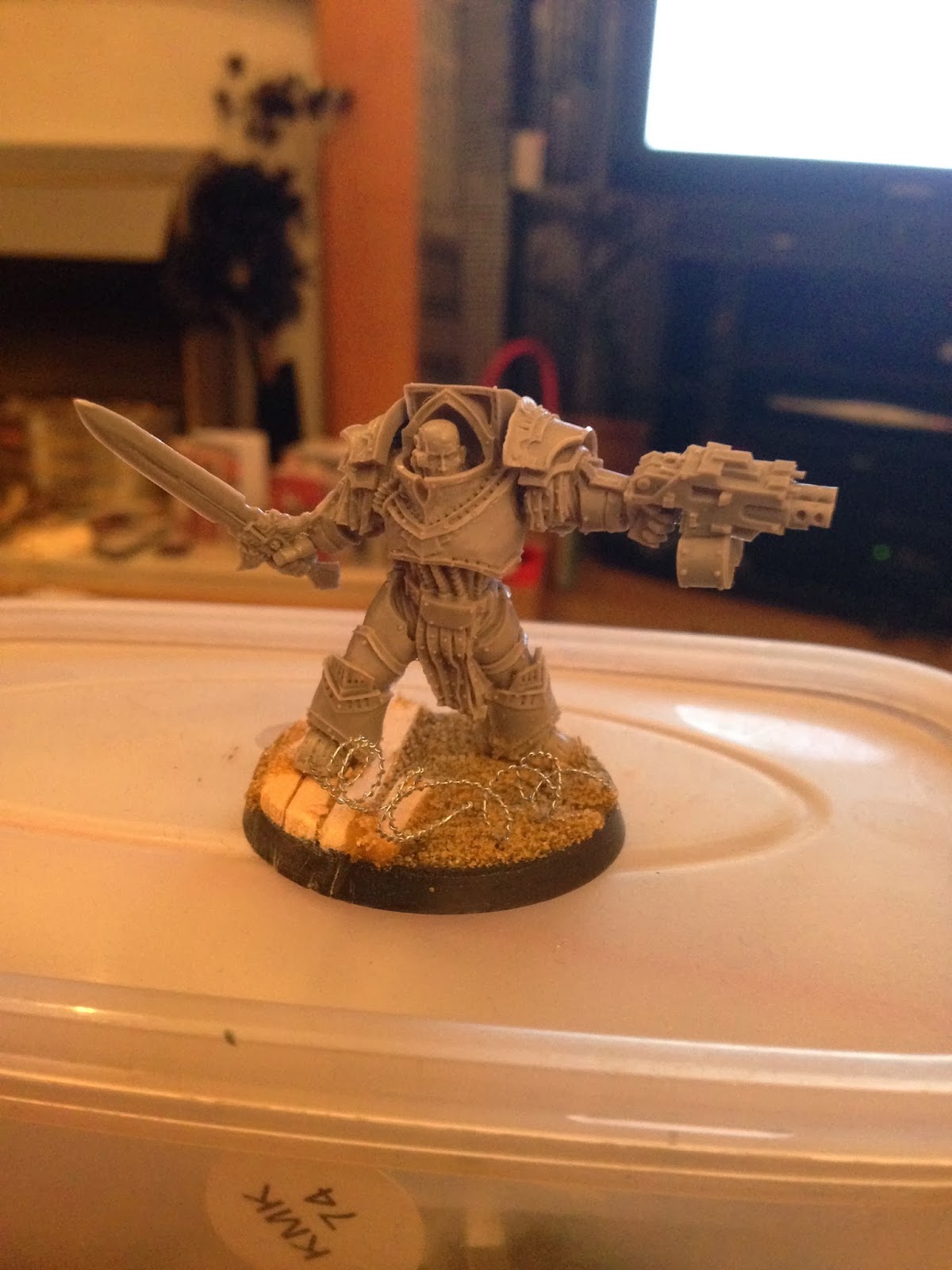 I made a small scenic base to fit with the rest of my army and it was ready for painting! 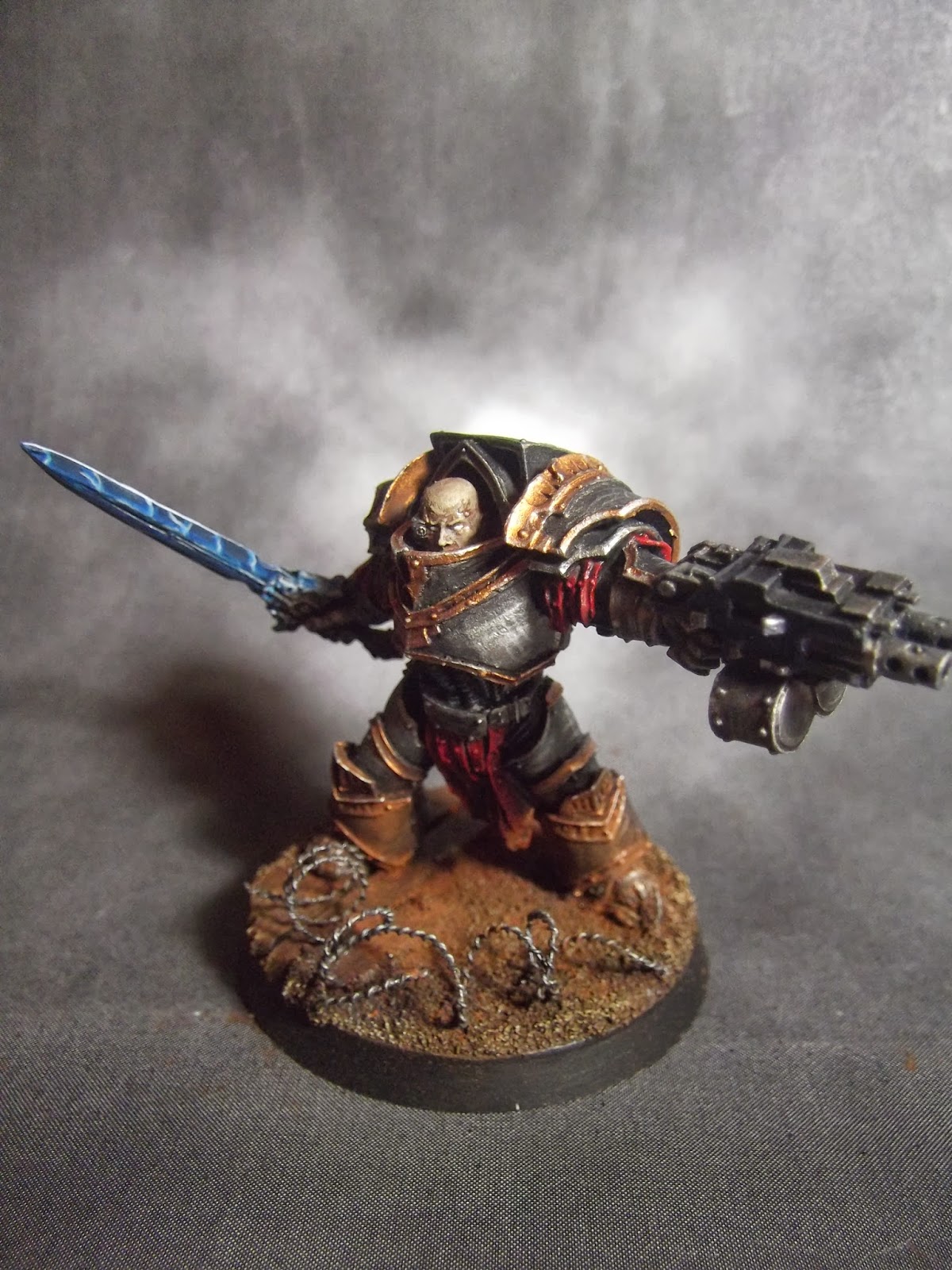 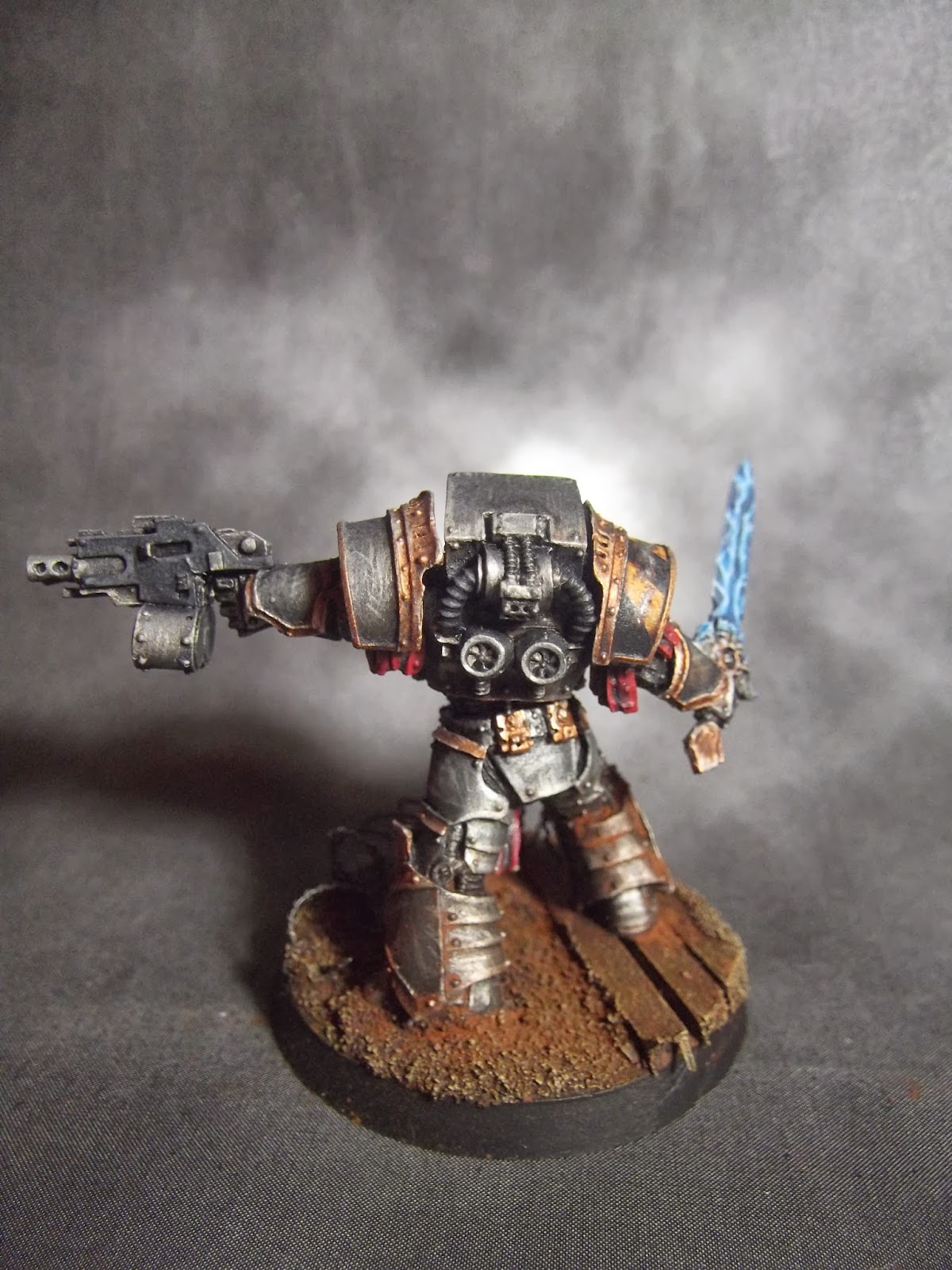 I painted him up to match the rest of my Iron Warriors - but thought I would push the boat out and try something new for the Power Sword. I had a look round some tutorials and found a good one for a lightening effect that would work in the blues that I have been using for plasma/power sources. 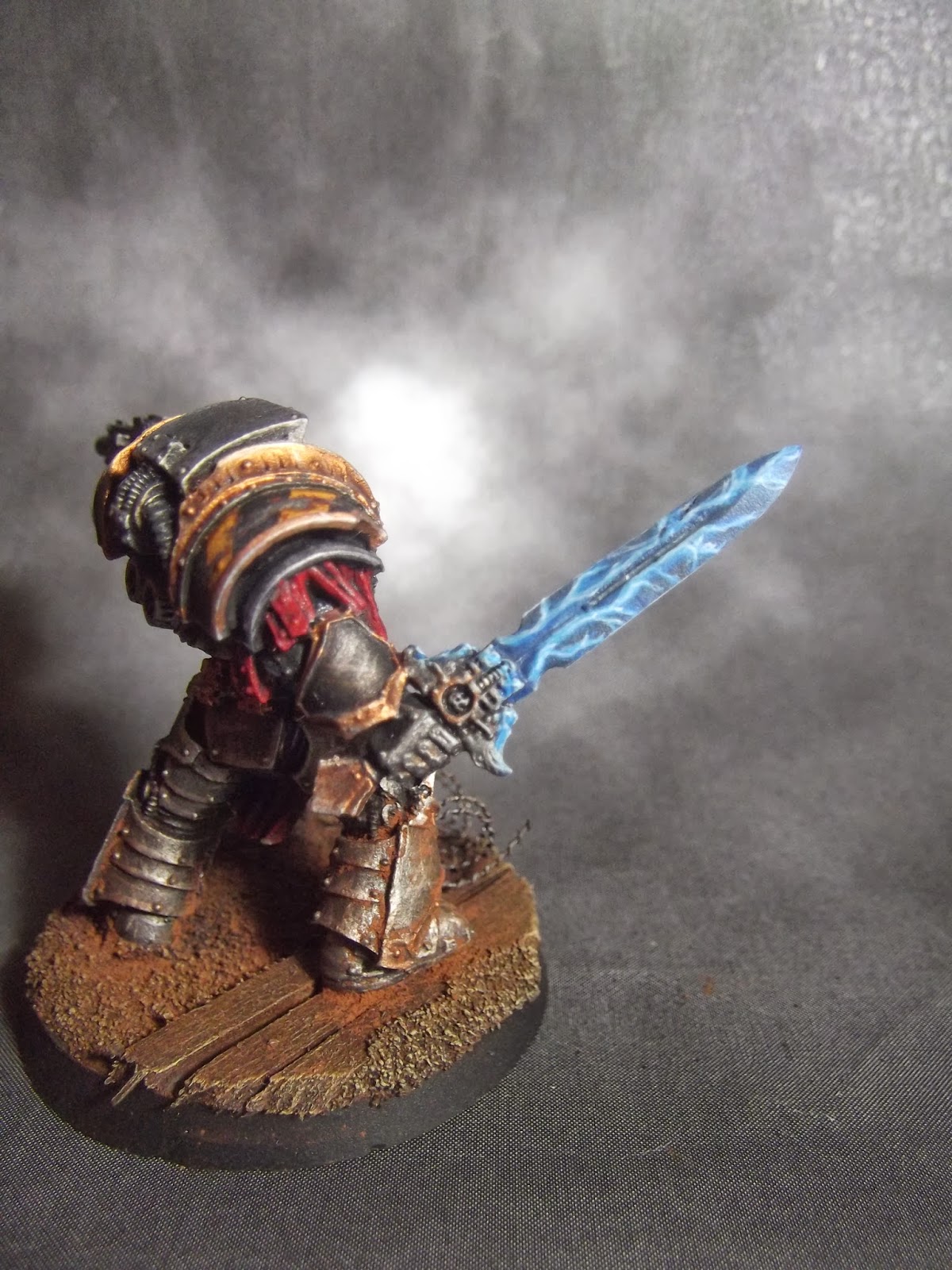 Next up is the Mk3 Praetor. Again, I removed the Aquila as carefully as possible (some of the ornate details are very fine). I left the load-out the same - I was tempted to swap the archaeotech pistol, but couldn't bring myself to lose something that looks that good - I guess I will play it as a Plasma Pistol in 40K or something... The only swap I made was for an Iron Warriors shoulderpad (to then find out that Forgeworld will be released Iron Warrior Mk3 shoulderpads in the near future...curses!) 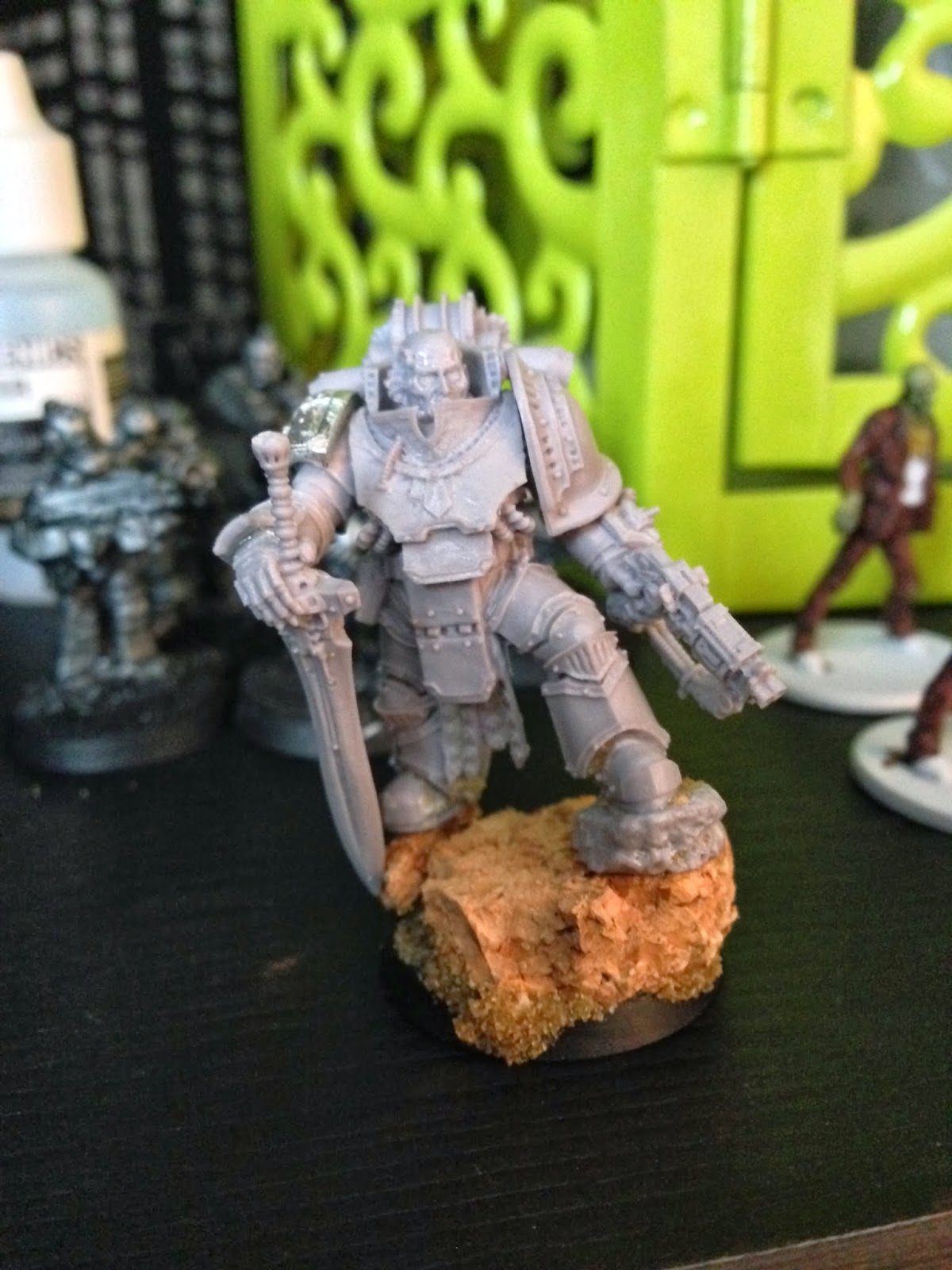 This guy got a hunk of rock (or cork) to stand on and give him some presence on the battlefield - and was painted up as normal. 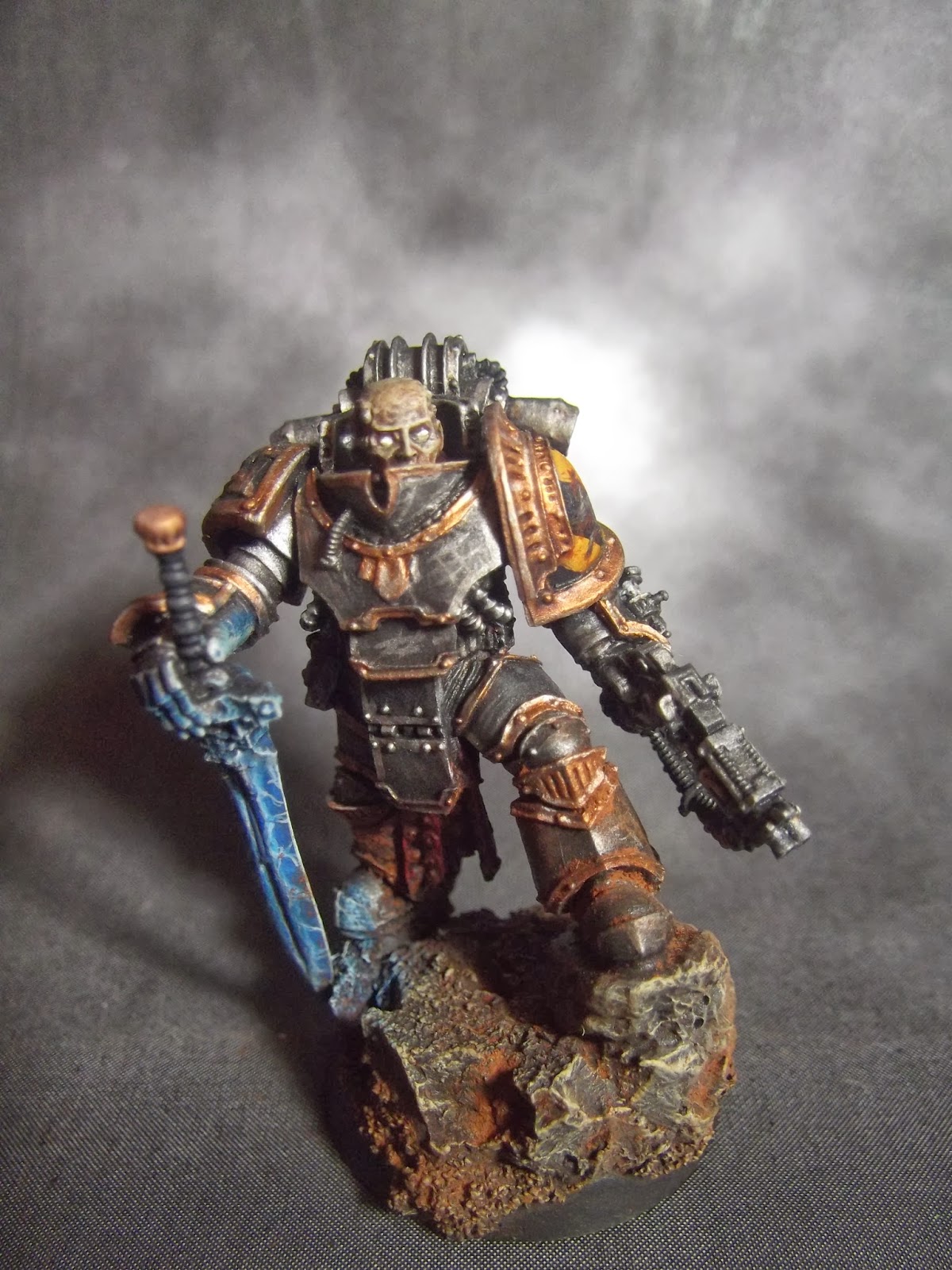 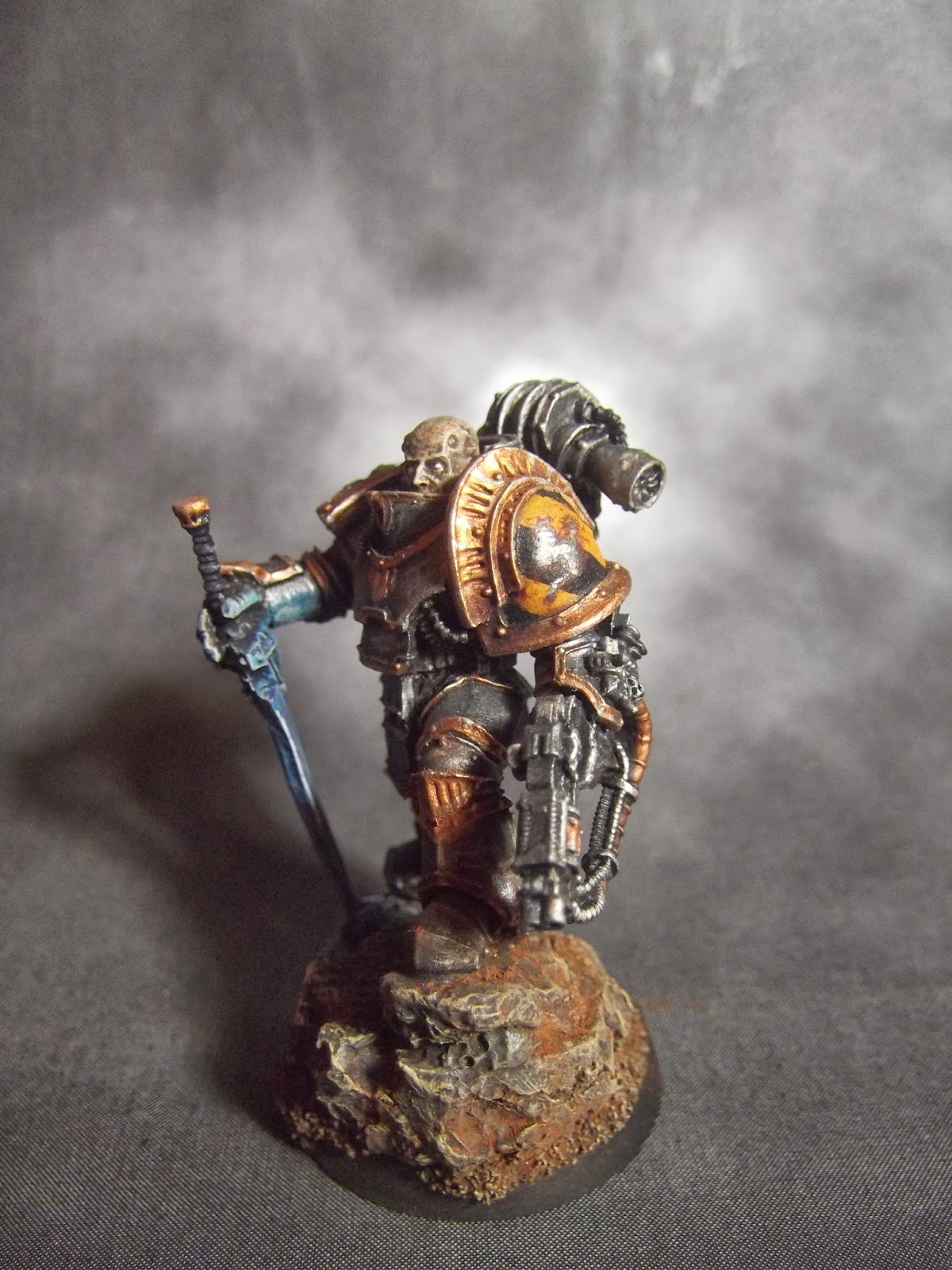 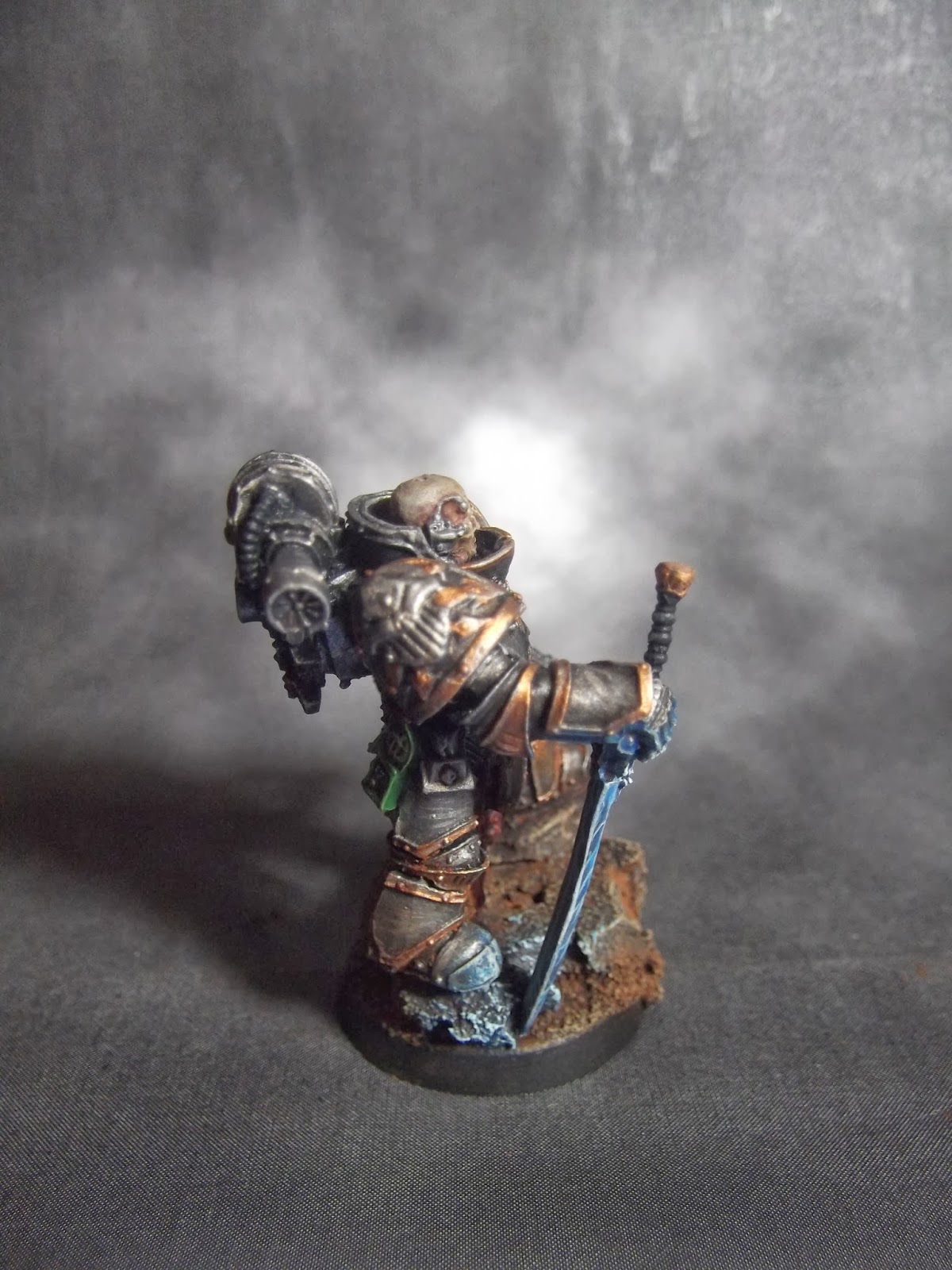 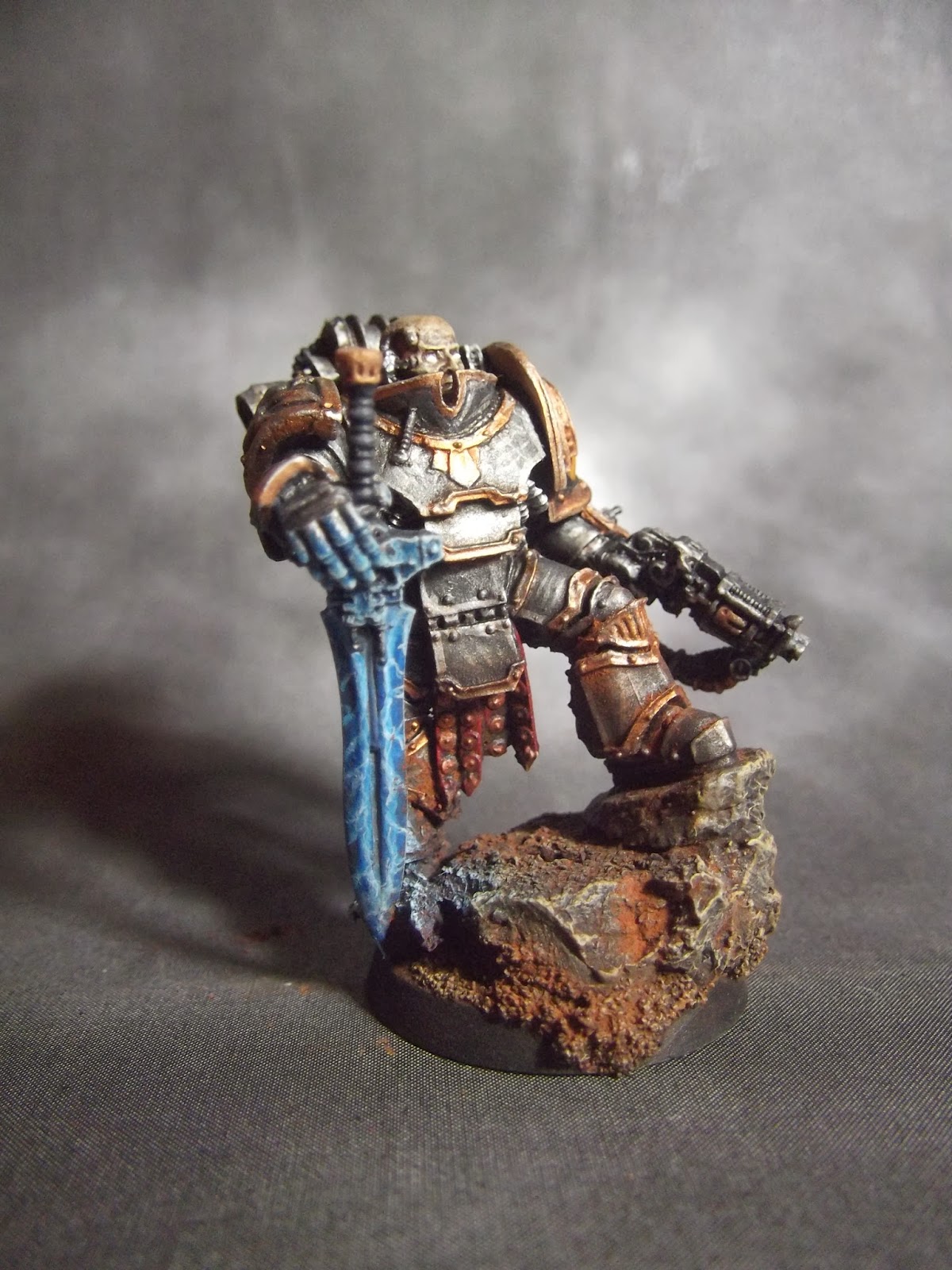