A while ago I posted a few WIP shots of a project I was working on- my Relictor inspired Daemon Princes- a slight nod towards Siph's force.. 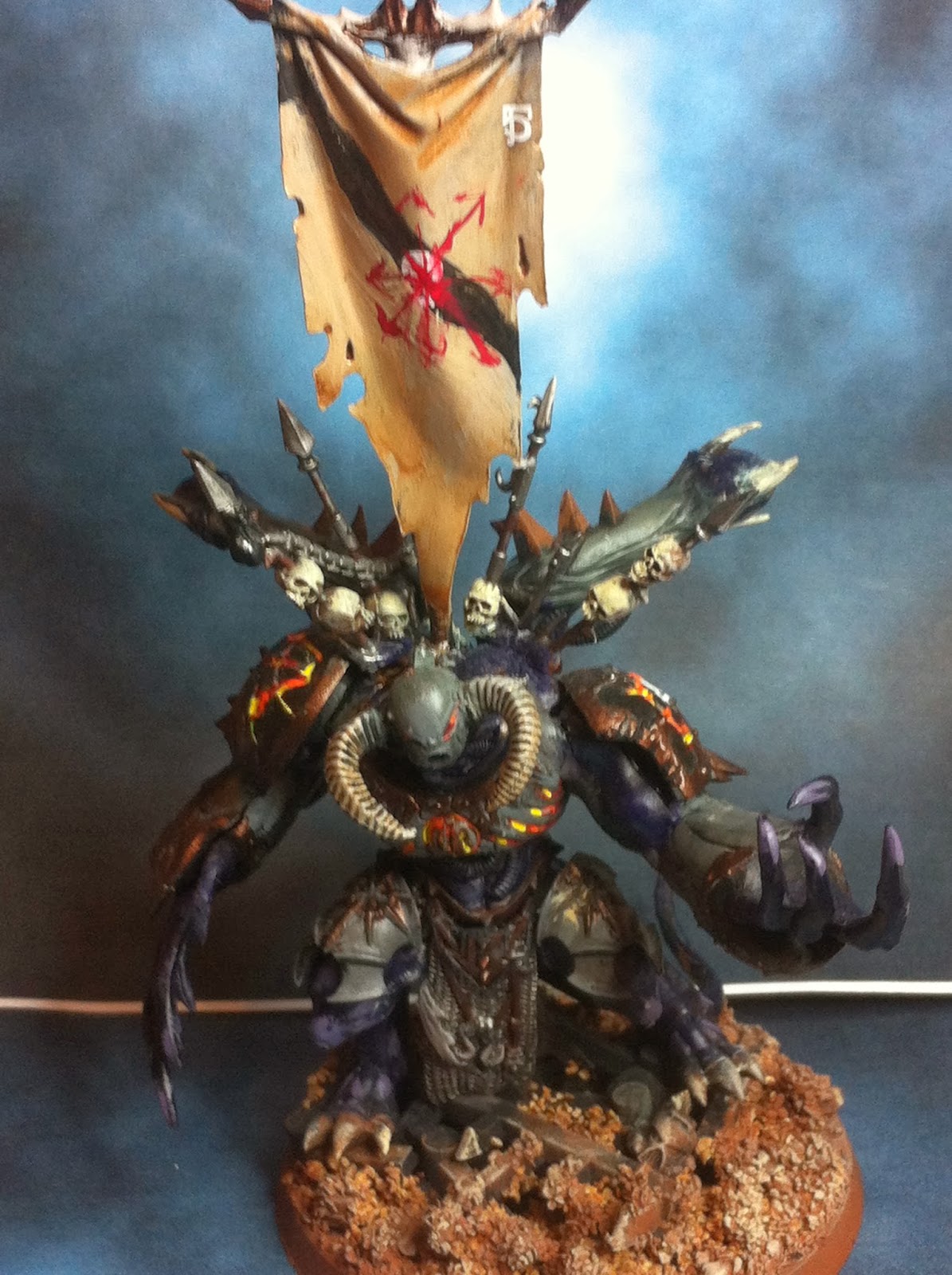 The model has been slightly converted- using a spare contemptor head instead of the daemon heads to portray the 'Space Marine' feel- also added were the spiked trophy rack to his upper shoulders, and a banner taken from the bloodletters sprue- the plan was to have a banner similar to one of Siph's marines. The model has been slightly tilted backwards to appear slightly taller than a normal daemon princess- this is enforced with the raised helmet, and the addition of 'brocken sprues' to the base to add further height. 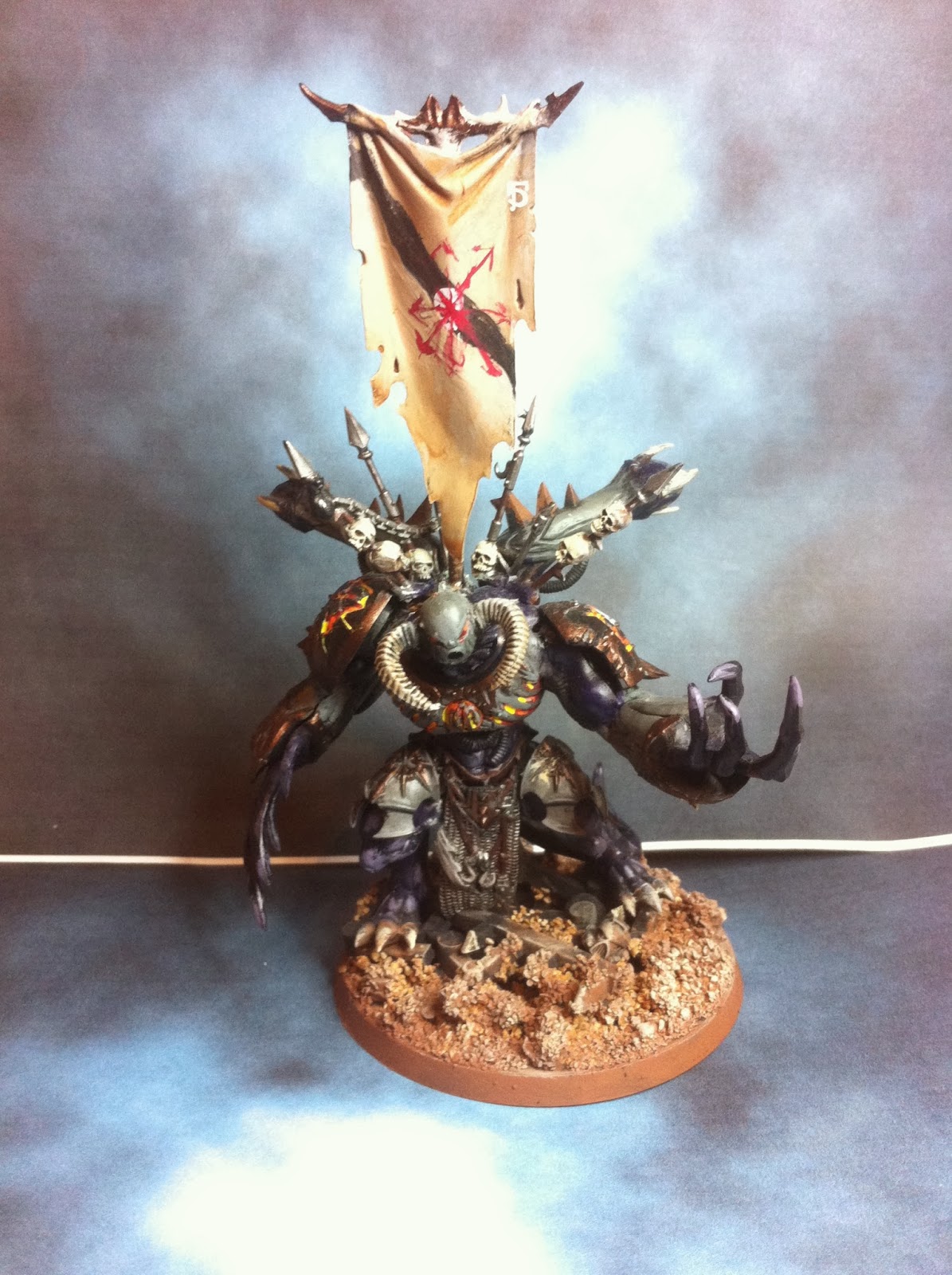 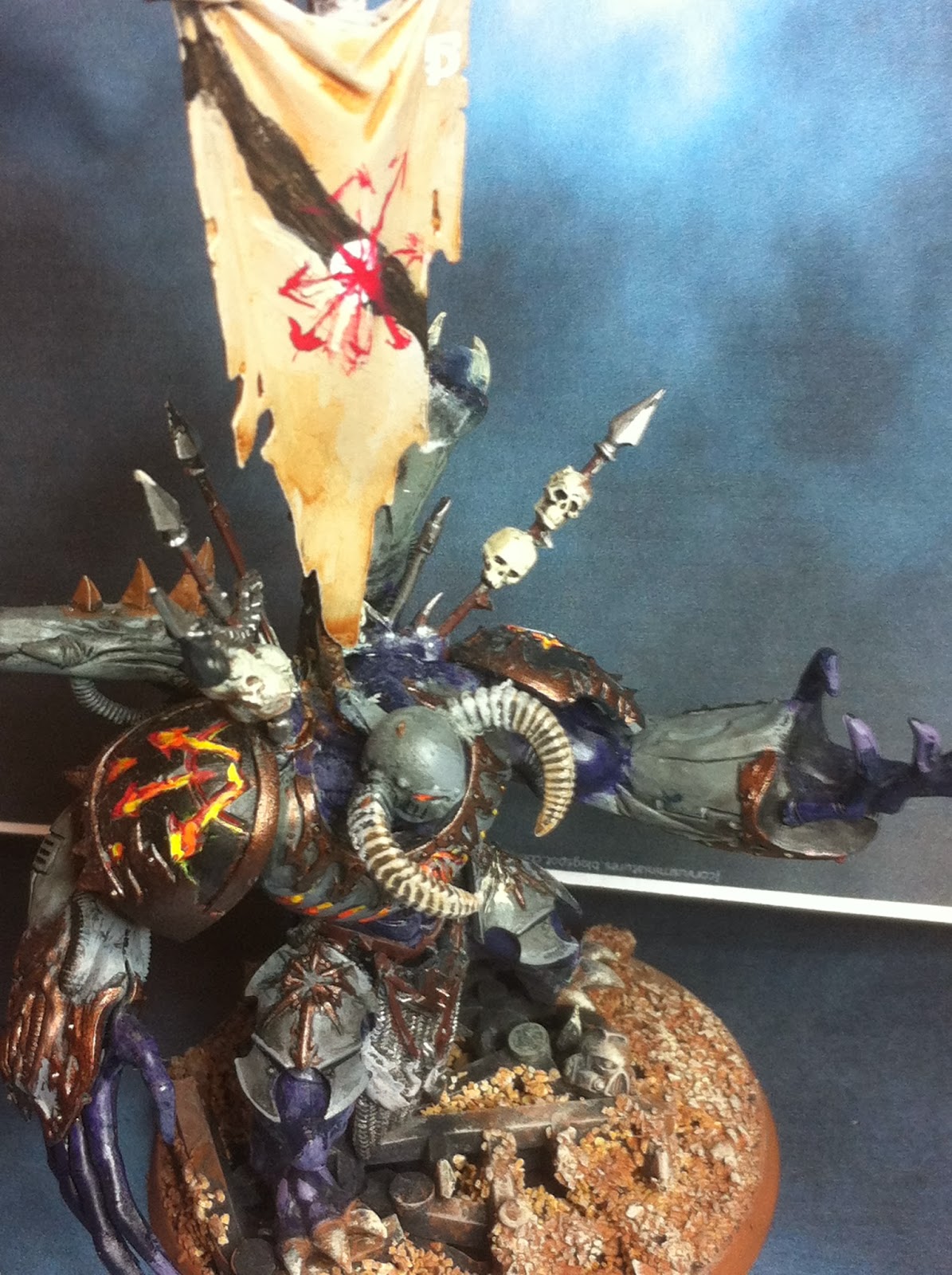 The model has been painted with the Relictors grey theme, with a contrasting purple for the daemons skin- this i think worked really well. The banner matched the colours of Siphs banners, with the skull in the centre with a contrast black strip across a bleach bone- I've also had a number '5' to the banner to represent the 5th Company- unfortunately the transfer sheets didn't have a small '5'- but did have a small '2', so i simply rotated and flipped the number. The details of the armour, signs and eyes were picked out with reds oranges and yellows, to give a sense of fire- a theme I've tried to use within my daemon force. 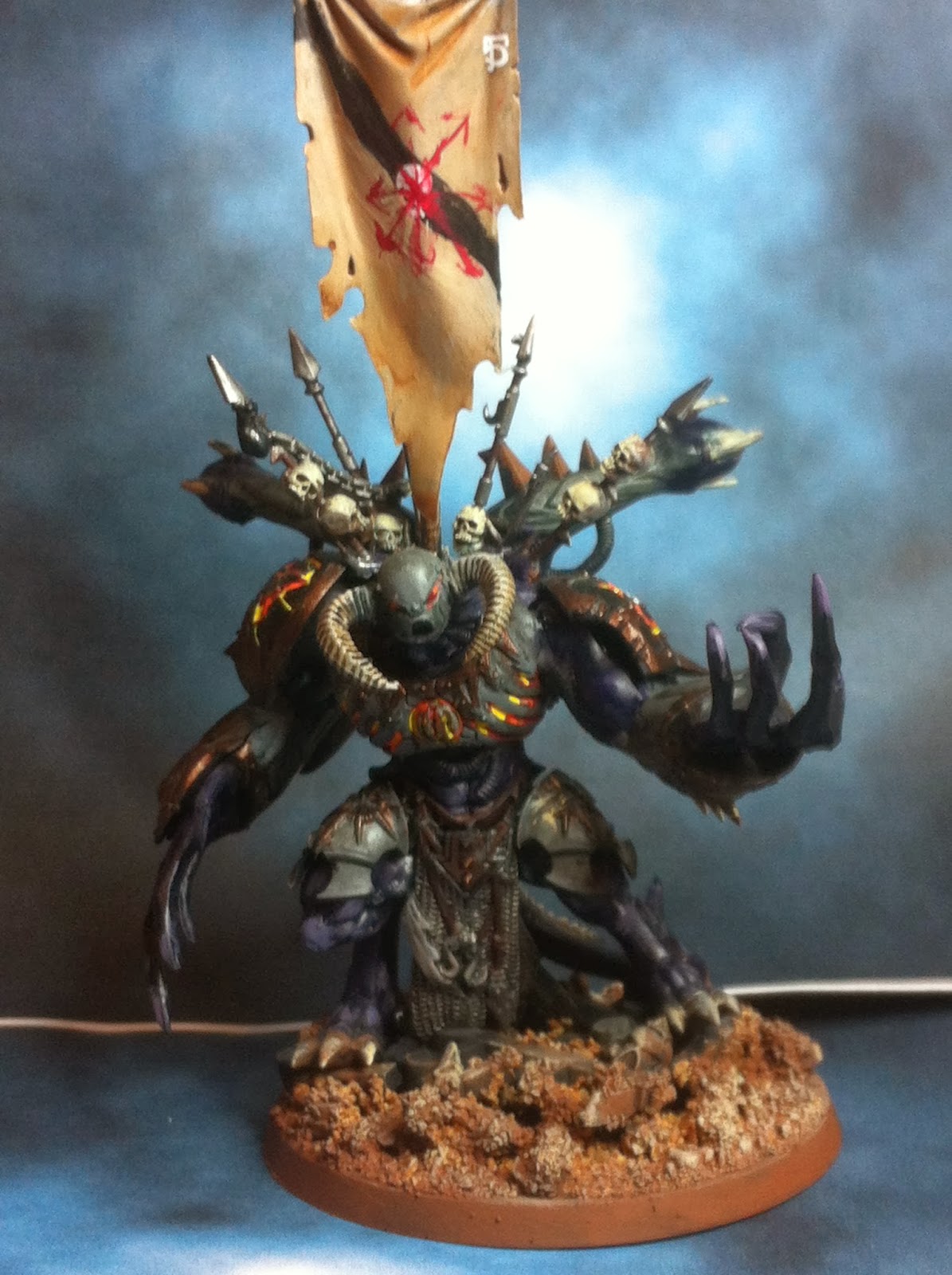 I hope you like the conversion- and thanks for looking!
Posted by Lord TITANium Halfpenny