Hi all - so this is one of the latest models I have been working on - a Chaos Hell Blade.

Lets be honest, the Heldrake is pretty much an auto-include for CSMs...I wish they weren't, but if you don't want to go down the zombie-cultist route, Turkeys and Obliterators are your best choice. I have a Heldrake model (here) and whilst they are ok, they don't really fit with the aesthetic of my Iron Warrior army - so I've been eying up a Hell Blade/Talon counts-as for a while now. 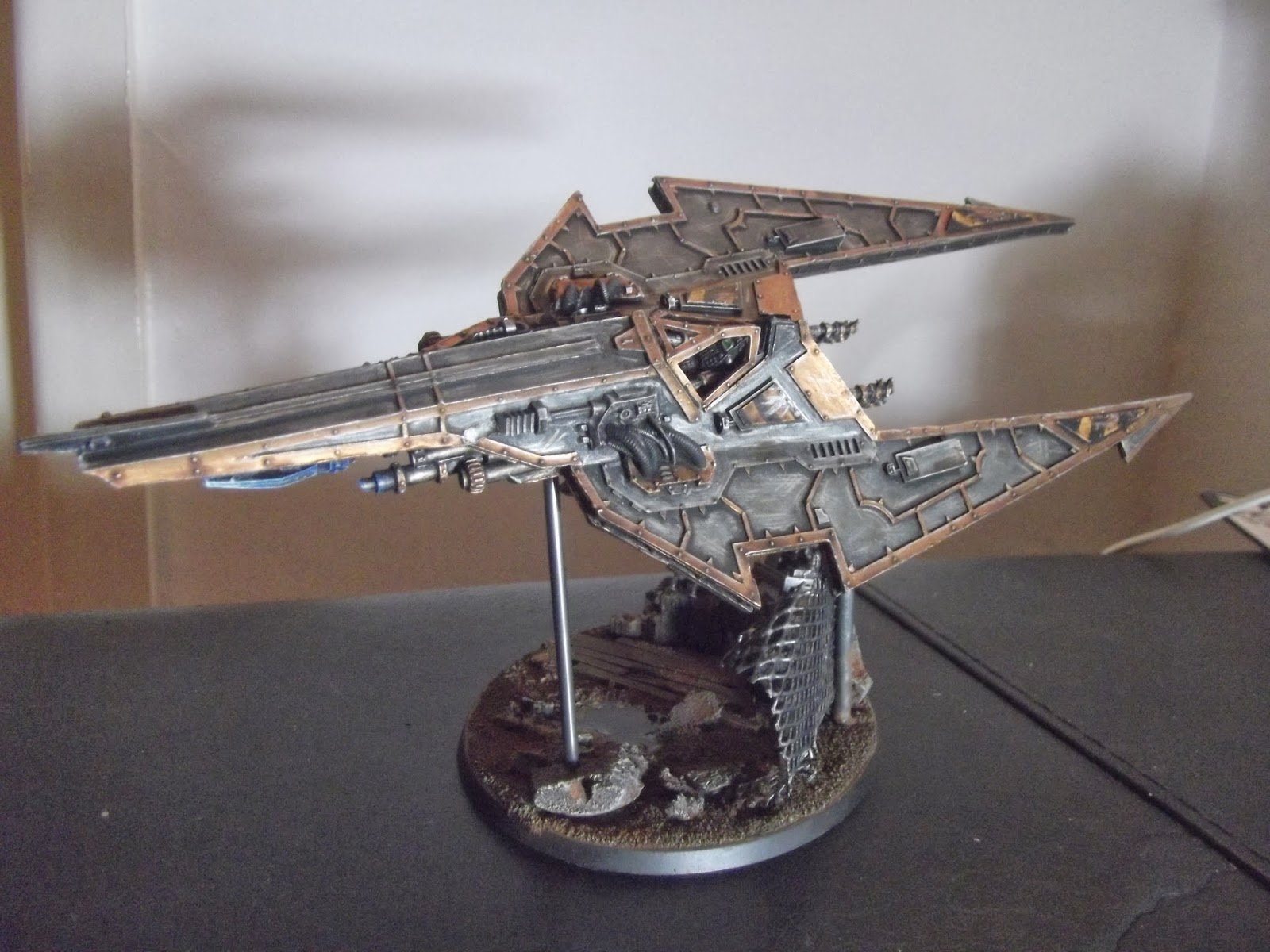 I did a bit of research and the general consensus was that the Hell Blade roughly matched the size and shape of a Heldrake (if you modeled the wings forward) - which is nice seeing as the Blade is half the price of a Talon.

The model was relatively easy to put together - with the wings just needing a bit of the hairdryer treatment to get them straight and aligned.

I had already planned on making the model as dynamic as possible - with the Hell Blade swooping low over the battlefield, so I actually started work on the base first. 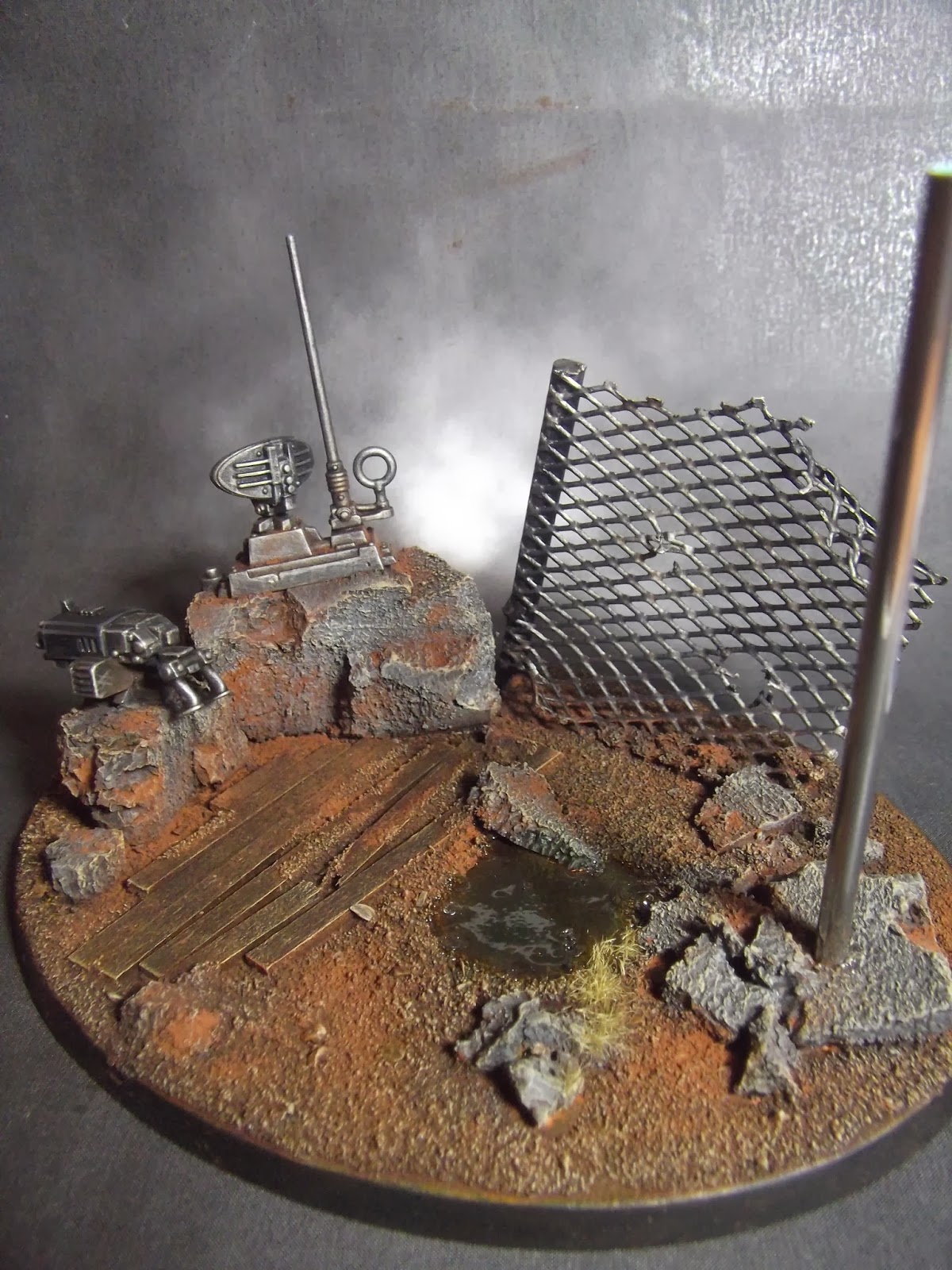 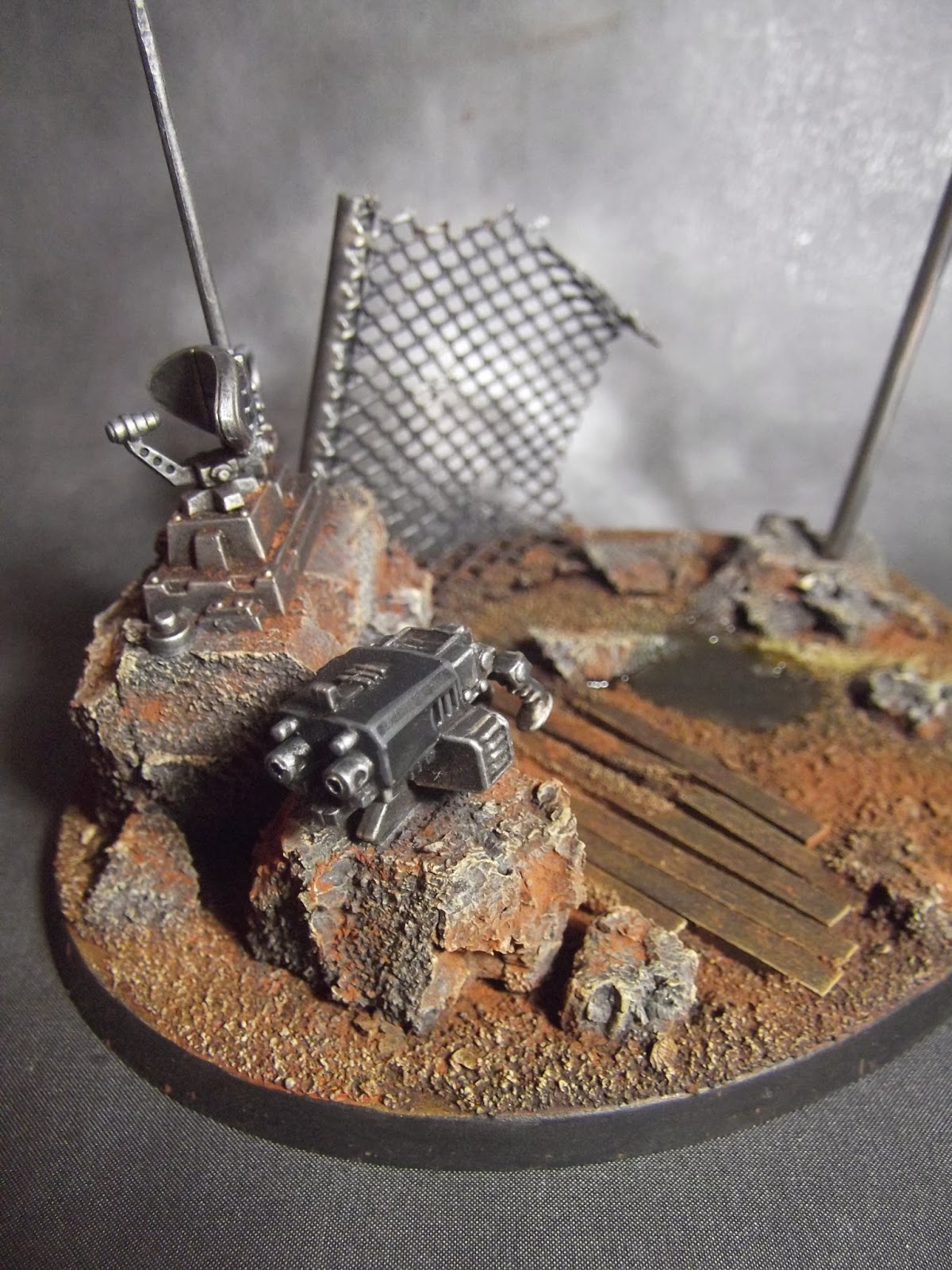 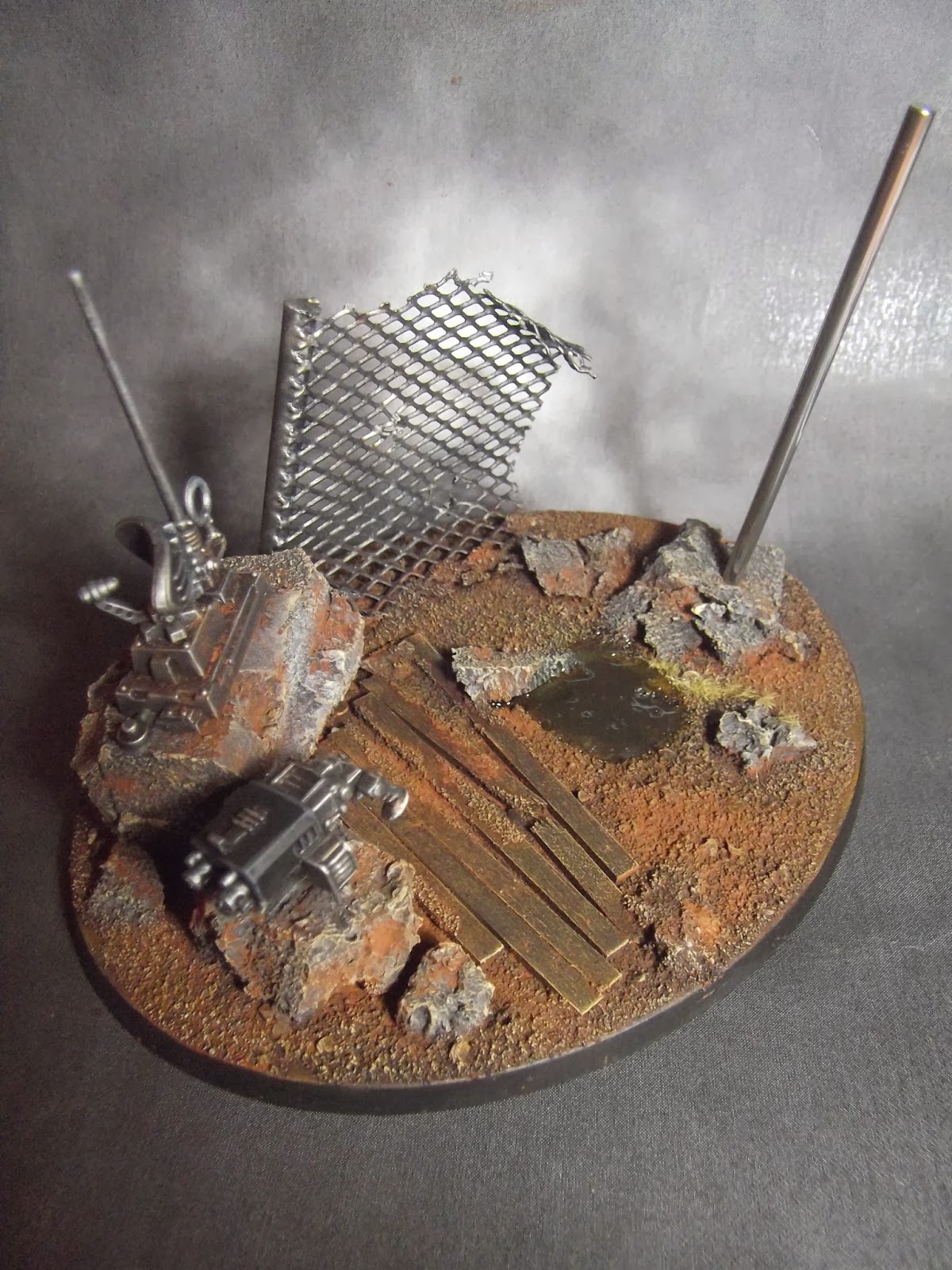 The chrome rod that I use to stand the model is randomly from an old printer... 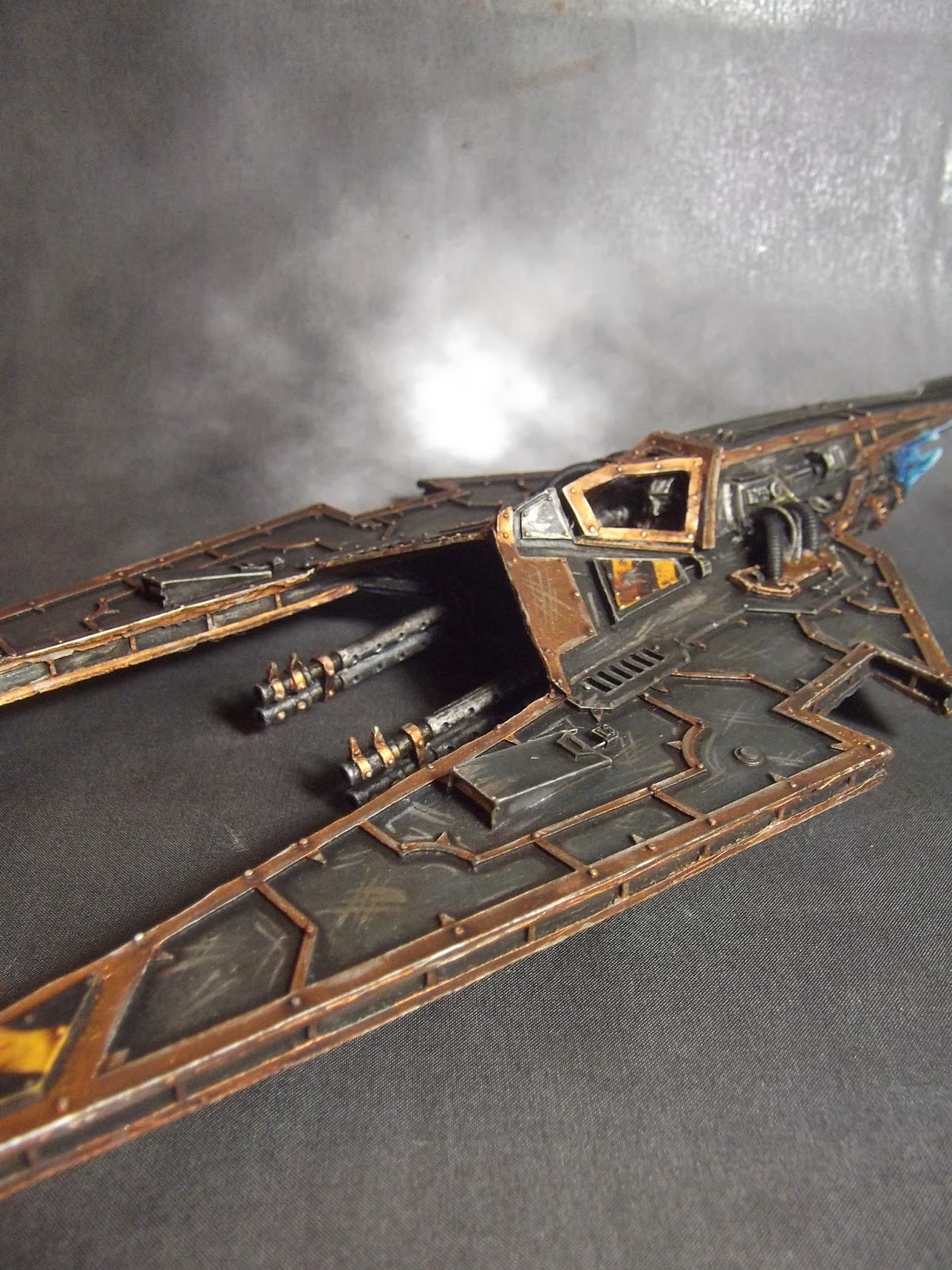 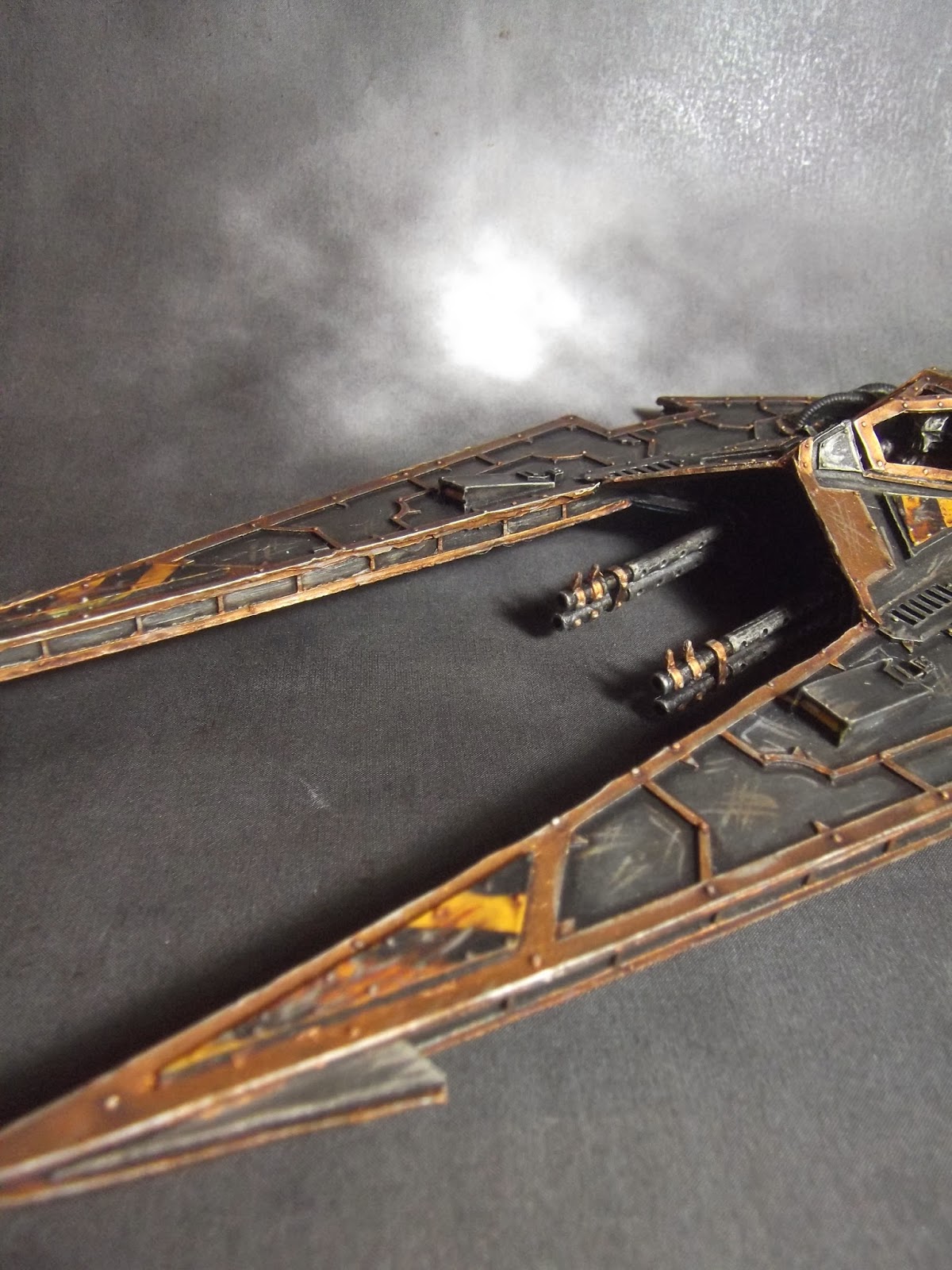 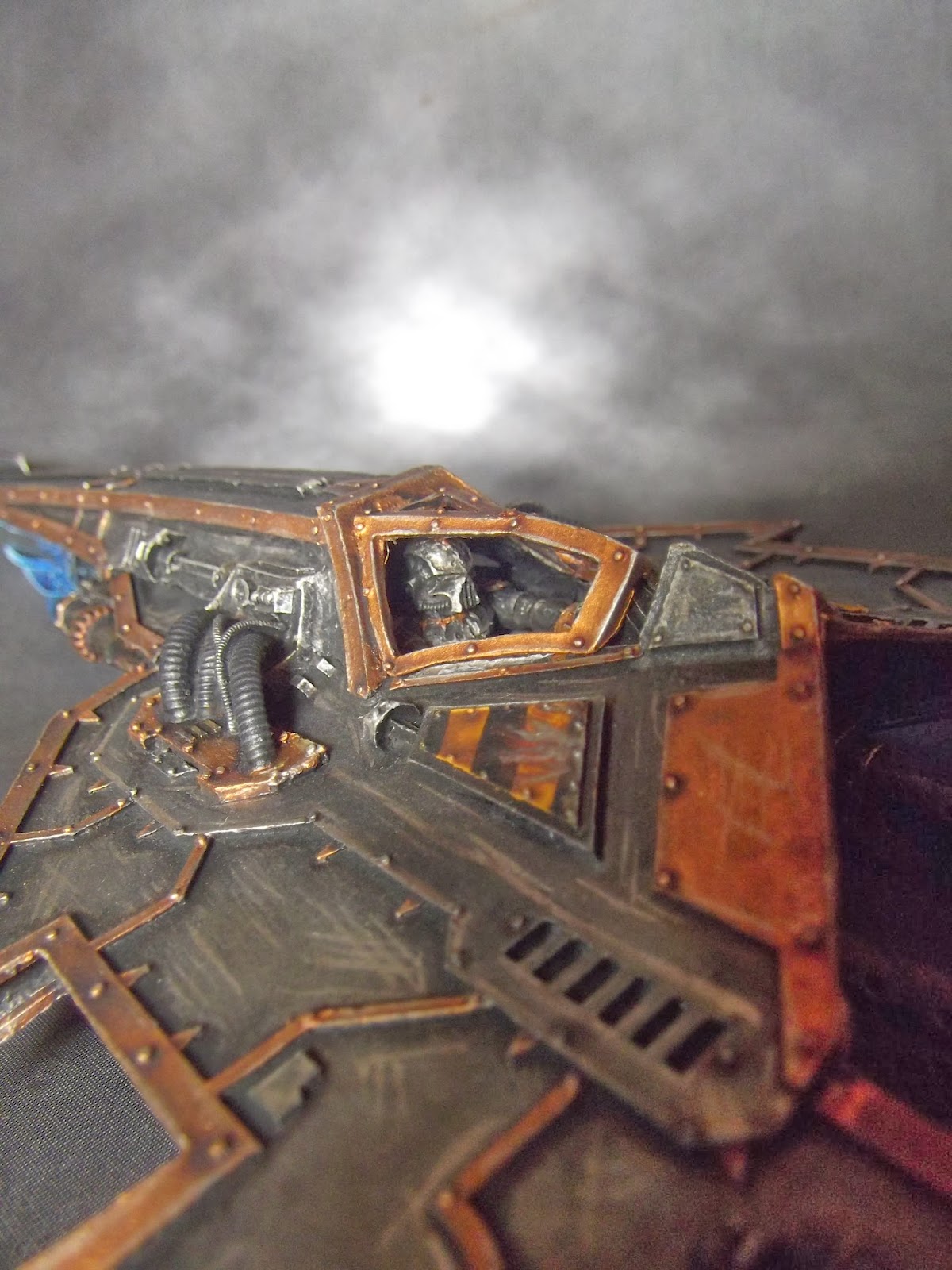 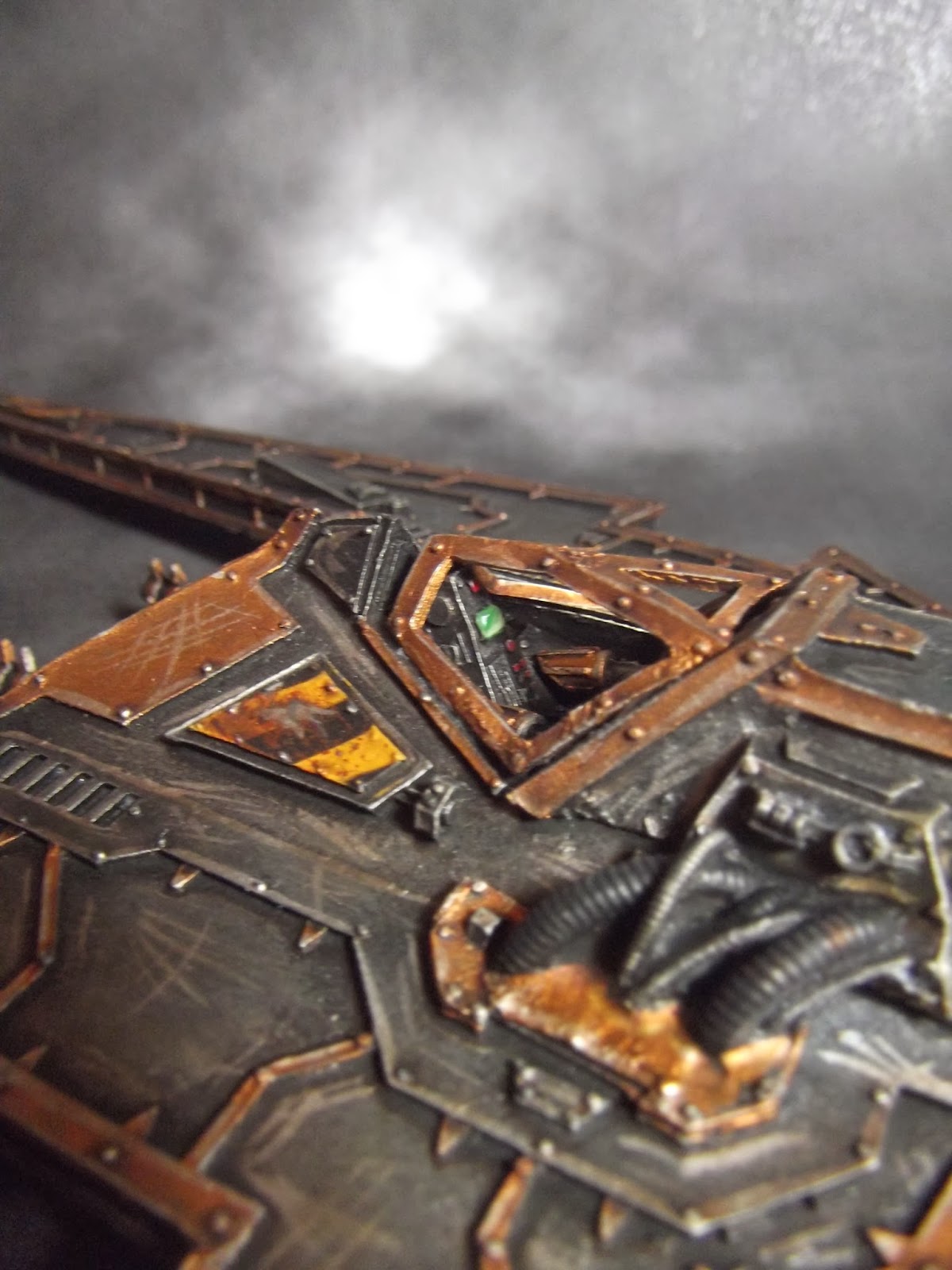 I painted the model up using my normal IW techniques and colour schemes and went for some blue heat-glows from the engines to liven it up a bit. 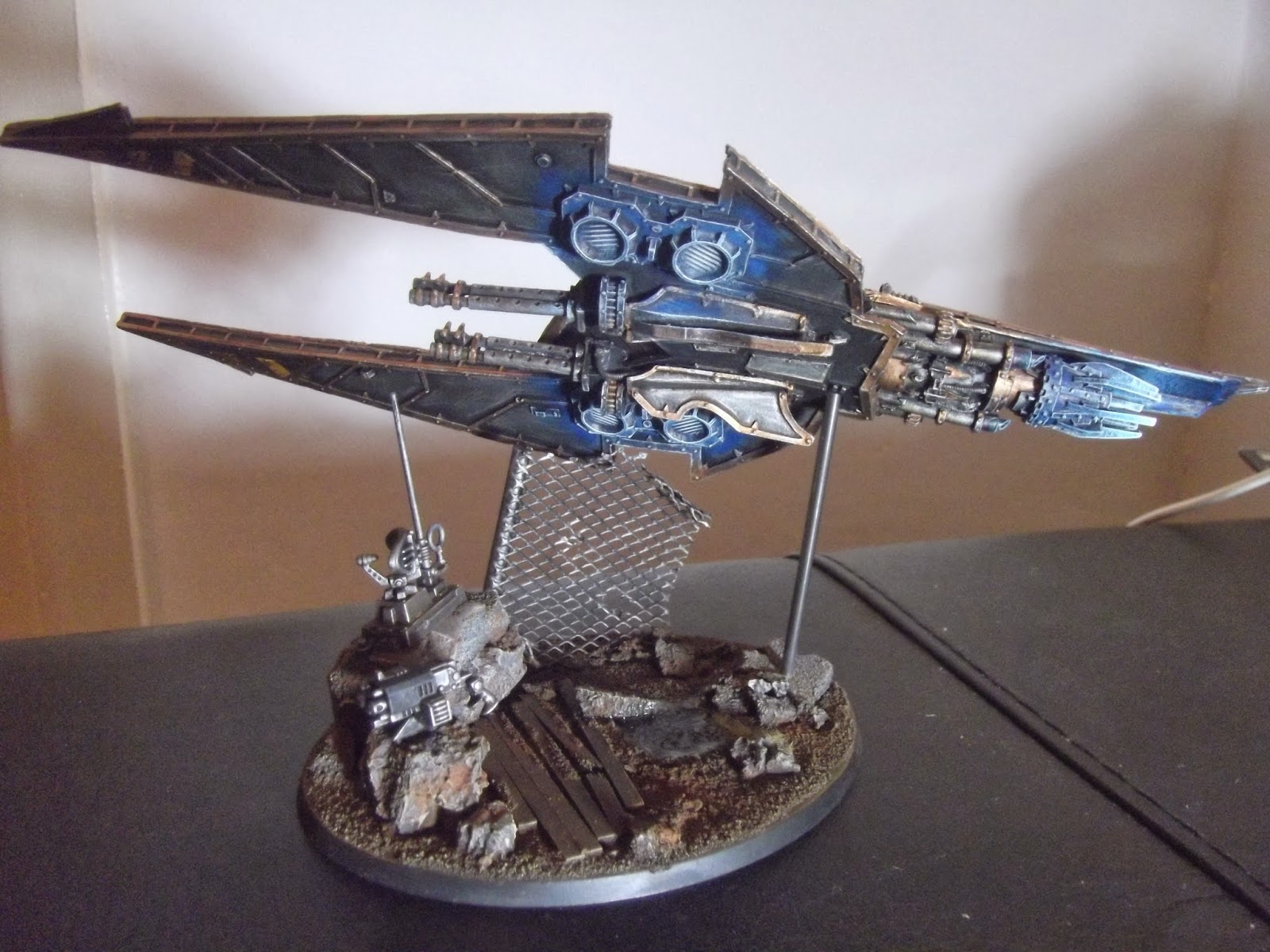 
Posted by the 6th degree