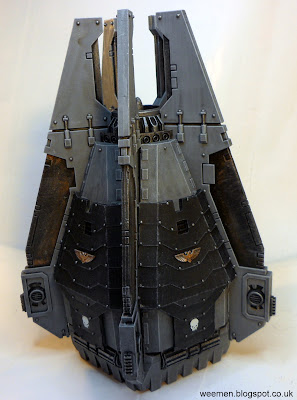 So here is the finished Pod, the first of my project of four Pods I've been busy doing recently. This one is different from the others as it uses 3rd party parts, namely Chapterhouse Studios Armoured Doors and is a Dreadnought Pod or Deathstorm Missile Pod. I've used the small StormTalon aquila's to decorate the doors to match my first Drop Pod and as usual, a white skull chapter badge. 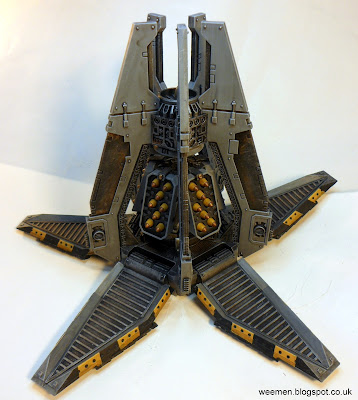 I love the look of this Deathstorm Launcher, and gamewise its not bad either, cheap and great against horde armies, on the turn it arrives it pie-plates every unit (friend or foe) within range, with a large blast. After that, every turn it fires one large blast at an enemy unit within range - see Imperial Armour books for rules. 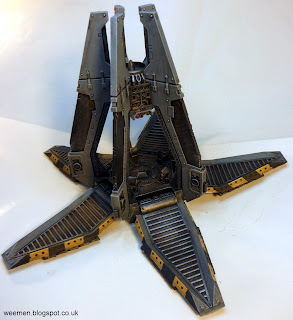 Here is the view of the Pod set up as the Dreadnought Drop Pod, or Lucius Dreadnought Pod. 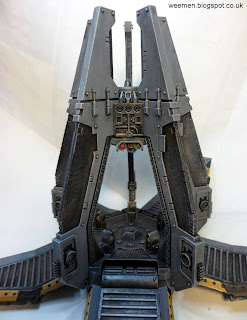 Just a different view of the Dreadnought Pod configuration showing the Deathstorm FW sensor head and the deck protrusions. 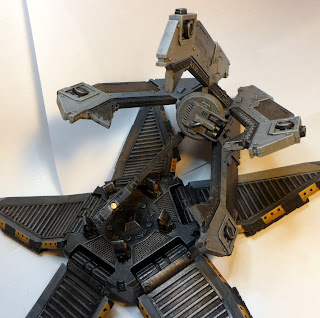 This shows the magnets in the Pod vanes. For more notes on construction see my earlier posts on magnetising drop pods and using Armoured Doors 3rd party products. I'll be posting the completed 'normal' pods soon, just as soon as I've finished the remaining 4 doors... nearly there! 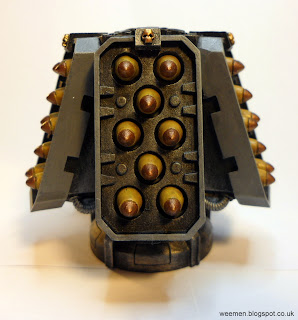