Finally - some finished troops! Can you believe I have been working on bog standard CSMs for about 6 months now and have only recently finished the first full squads??? TBF, I have been building/painting them in batches of 4 in between other projects and I keep running out of bits or building CSMs for the wrong squad (a CCW squad is also in the works). 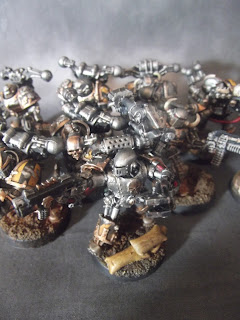 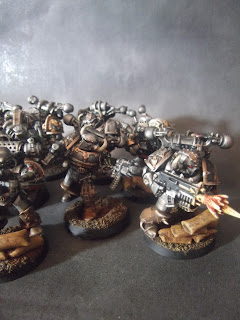 I’ve been trying to make each model an individual – which I hope pays off. Every single CSM model has been converted in some way; most are converted with the GW Iron Warrior torsos/heads/pads, some feature 3rd party bits (bionic limbs & heads from Maxmini, Iron Mutant heads from Puppets War, gunfire effects from somewhere I’ve already forgotten...), quite a few of them have be significantly reposed and I have mixed up the basing a bit – sandbag/barbed wire/craters etc. Most importantly – no spikes or mutations!

This squad is just armed with standard Bolters and is there to hold objectives and my Aegis early on in the game. 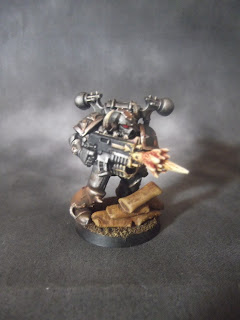 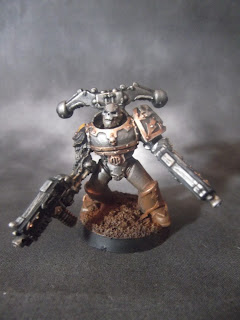 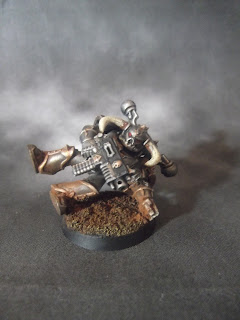 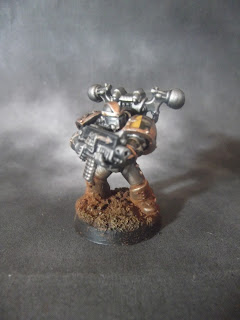 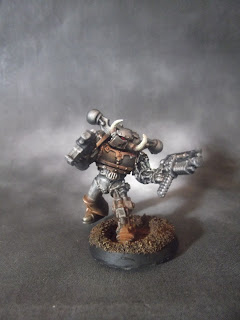 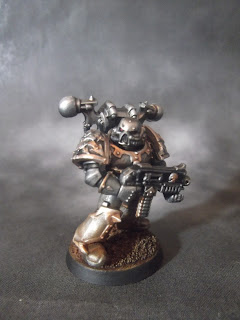 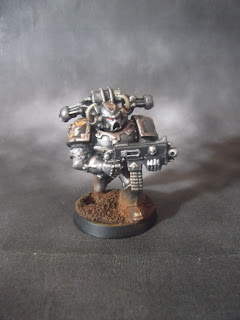 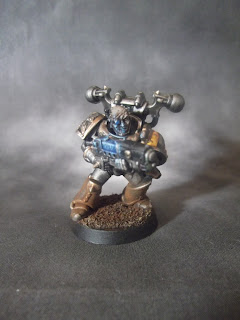 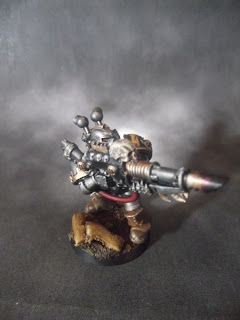 The Champion is an old GW Warsmith model – how could I not include it? I guess he could be a Lord/Warpsmith stand-in (although a Power Armoured Lord isn’t going to last long), but it doesn’t really fit what I have in mind for them – so now he is a Champion and I am counting his claw as a  Power Fist. 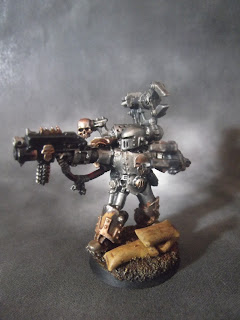 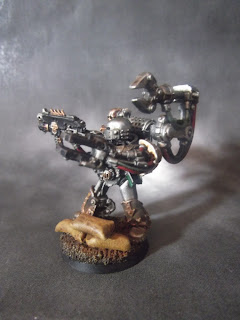 Having not played CSMs before, I was under the assumption that they would have some form of Fearless-ness...or at least a decent Leadership value. I wasn’t overly happy when I found out they have neither (especially after playing Nids where Leadership almost never entered the game) – so decided I would need some Icons of Vengeance which gives the Fearless. That means I will need Icon bearers – here is one of my first attempts...not overly happy with the Iron Skull, but it will do for now. 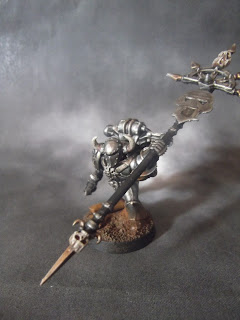