Recently I've been pretty busy building up several of my Forge World kits, and I thought I'd share some of the WIP.

Firstly, the Spartan Landraider- this kit is huge, and was pretty straightforward to put together. I'm planning on making a few additions over the next weeks before painting 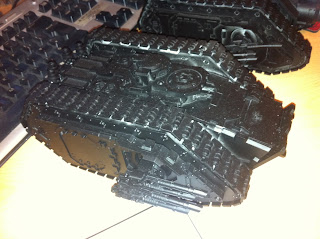 Second up is the mighty Typhon tank- this was a little harder to build, the tracks were extremely warped, thus I ended up having to remove a track link to fit them into position. 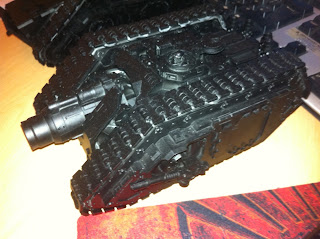 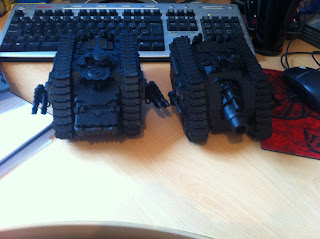 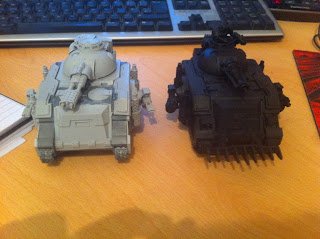 I've built up two Deimos Predators, with the various main weapons pinned to allow me to swap them as required. 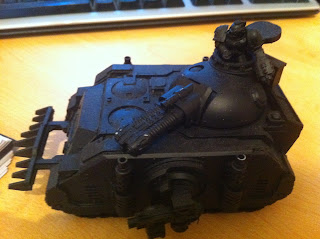 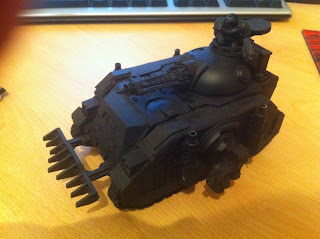 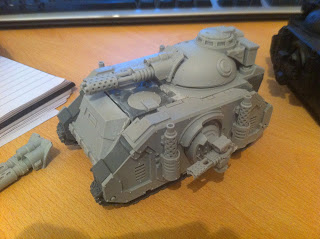 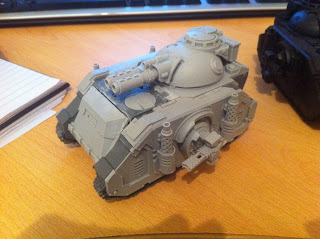 The mightiest of my new Space Marine tanks - this tank is a beast - I love the feel and look of the tank, it feels and looks right.  I had planned on building a Fellblade using the Baneblade tank, however I'm glad FW saved me the hassle of building one! 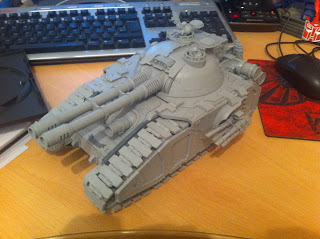 I've built 4 of the HH Scimitar jet bikes, which will count as either attack bikes/land speeders in 40k. I've added different heads/arms to the drivers, and converted one to have a Blood Angel wrist bolt pistol. 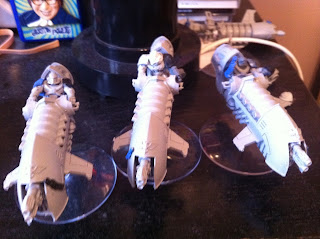 I built this a while ago and I am now painting the flyer. I've armed it with both the lascannons and meltas, so once it drops of the troop cargo - it will become a flying tank hunter. 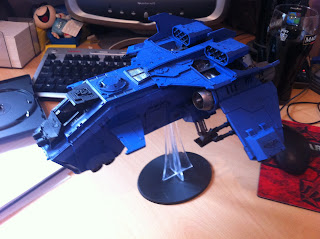 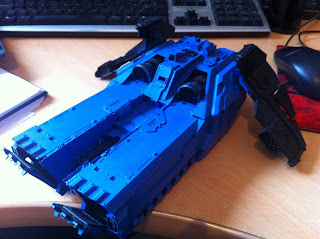 I've had this a while, and it has been used in battles previously, however I am only just getting round to painting it!
Posted by Lord TITANium Halfpenny