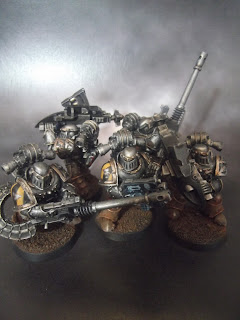 If you have read Storm of Iron/Iron Warriors Omnibus, you will know that the Iron Warriors are an original founding legion and were instrumental on the Siege of Terra. As such, a number of their forces are the original (10,000 year old) marines that stood on Terra as the walls were being torn down. They later managed to steal imperial gene-seed for Abaddon and one of his crazy crusades...and are able replenish their own ranks with new CSMs. That means that it is possible for an Iron Warriors army to contain a mixture of both pre and post heresy tech. 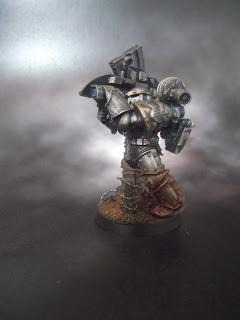 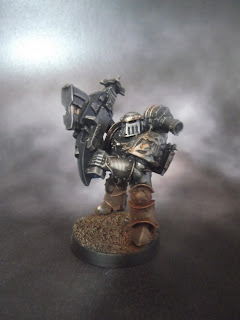 This have given me a great opportunity to use some of the Heresy era goodies from Forgeworld and one of the main things I have had my eyes on are the MKIII Iron Armour marines. Other than the name, this armour is perfect for Iron Warriors; it is old, the helmets are similar to the Iron Warrior skull markings and perfectly fits aesthetically (they look like evil marines – rather than spiky/chaosy marines) – they are pretty similar to how they would have been pre-Heresy. The Heavy Weapon squads are also built to take the Legion Heavy Weapons – which I went and bought seeing as CSM Missile Launcher and Autocannon bits are really expensive to pick up online and the GW Havoc kit only has one of each weapon (which look crap anyway). And check out how the Legion Autocannon looks... pure awesome. 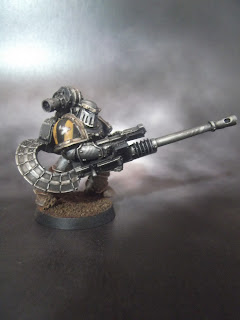 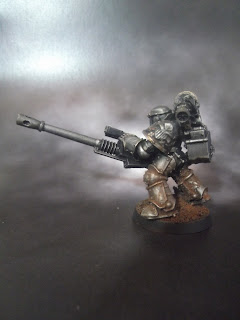 So drawing back on the Iron Warrior fluff, I think that any veterans of the Heresy are going to be taking pride of place in the army – most likely with the big guns; so the plan is to mix pre-Heresy marines into prime places in the army; heavy weapons, Champions, special weapons, Chosen etc. This does mean I will need to buy some more to mix into my existing CSM squads (yet another reason why they wont be finished any time soon...). 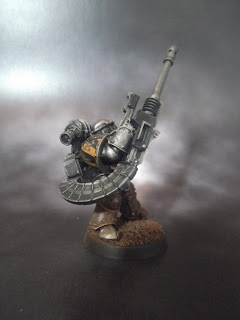 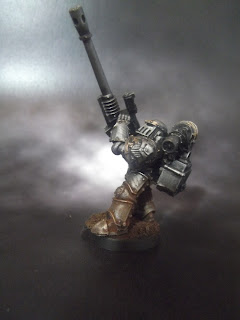 I am happy with everything apart from the Champion...I was in a hurry and wanted to give him a combi-weapon which a) I bodged together in 2 mins and looks crap (especially after I realised Siph posted a tutorial on making great looking combi weapons *stupid*) and b) why the hell would a Champion sitting in the backfield with Missile Launchers and Autocannons need a combi-plasma??? Needless to say, this model will be swapped out for something more appropriate when the army gets larger. 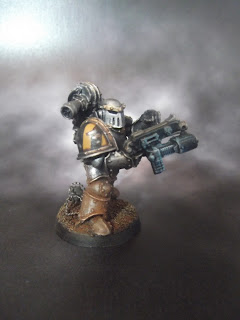 BTW – I managed to get my first 900pts test game with the army and the Havocs were amazing! As someone who has only ever played Nids, you cannot understand how awesome cheap S7/8 weapons with an AP are...and they all have an armour save!!! These guys got into position on a tower overlooking the entire battlefield and shot anything off the board that dared show their face (and then I forgot they were there for the last two turns...).
Posted by the 6th degree