So as I mentioned in my last post, I have been busy painting up a Forgefiend for the last few weeks to enter in my gaming clubs painting competition; Red Steel Daemon, this weekend. 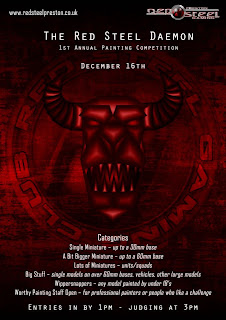 I had decided the Forgefiend and Hellbrute were being entered in the medium and large categories and my girlfriend picked some minis to enter in the single and squad categories (I wasn’t optimistic...).

There was a huge turn-out on the day with 70+ entries I think and lots of them to a super high quality. 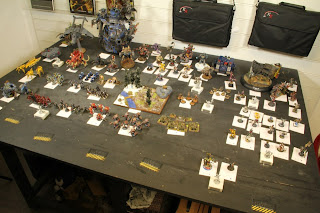 My single and squad entries didn’t make it to the finals (I didn’t think they would – I don’t paint faces...which doesn’t help in painting comps...) but my Hellbrute and Forgefiend both made it through. I was really happy to make it through to the finals as this was my first competition, but wasn’t too hopeful on winning anything seeing as there was a massive great Ork Stompa that was really nice to compete with.

Saying that...after the final round of judging, my Hellbrute came in 2nd in the medium category and the Forgefiend took first place in the large category! Woot! 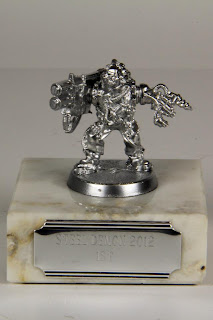 The rather nice pics are courtesy of the Red Steel Preston team (I cant get over how nice the Hellbrute looks in the pics...mmm...might have to get them to photograph more stuff of mine). 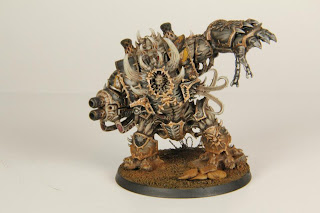 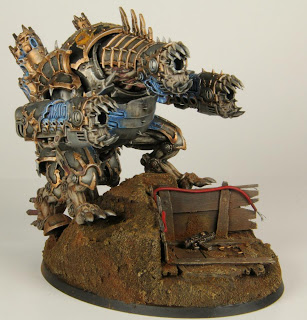 A definate shout-out should go to GreyLamb who has recently decided he actually likes painting and submitted a rather nice Malifaux diorama...I’m sure it will be up on his blog shortly.
Posted by the 6th degree