So the dust settles across the plains of Mansfield, armour dented, swords broken ego's shattered- (apart from Venerable (Sons of Sanguinius) who is now 4 tournament wins from 4..)  following another amazing Blog Wars tournament, again big thanks to Alex, From the Fang  for organising the event!

It was a last minute change of plans, (and a 'yes dear you can go' from the wife) that I decided to take my forces to BW4, with a faint hope of bettering my tally of played 6, lost 4, drawn 2- and that the weeman spoon wouldn't be heading home with me..

Following several battles with my daemons against Siph, I decided to go for a 4 god list, using key units from all of the powers. My special character was a 'no brainer' Fateweaver, he is a beast when it comes to the amount of firepower he can dish out- as well as aiming for more than one unit.. The rest of the army fell into place, the core army was based on 3 fliers- Fatey, a bloodthirster and a daemon prince with wings - the plan was to get them onto the field as a wave - and hit the opposition hard.

So the first battle saw my daemons taking on an Ultramarine force (hmm- my first 40k love, vs my new 40k love... ) 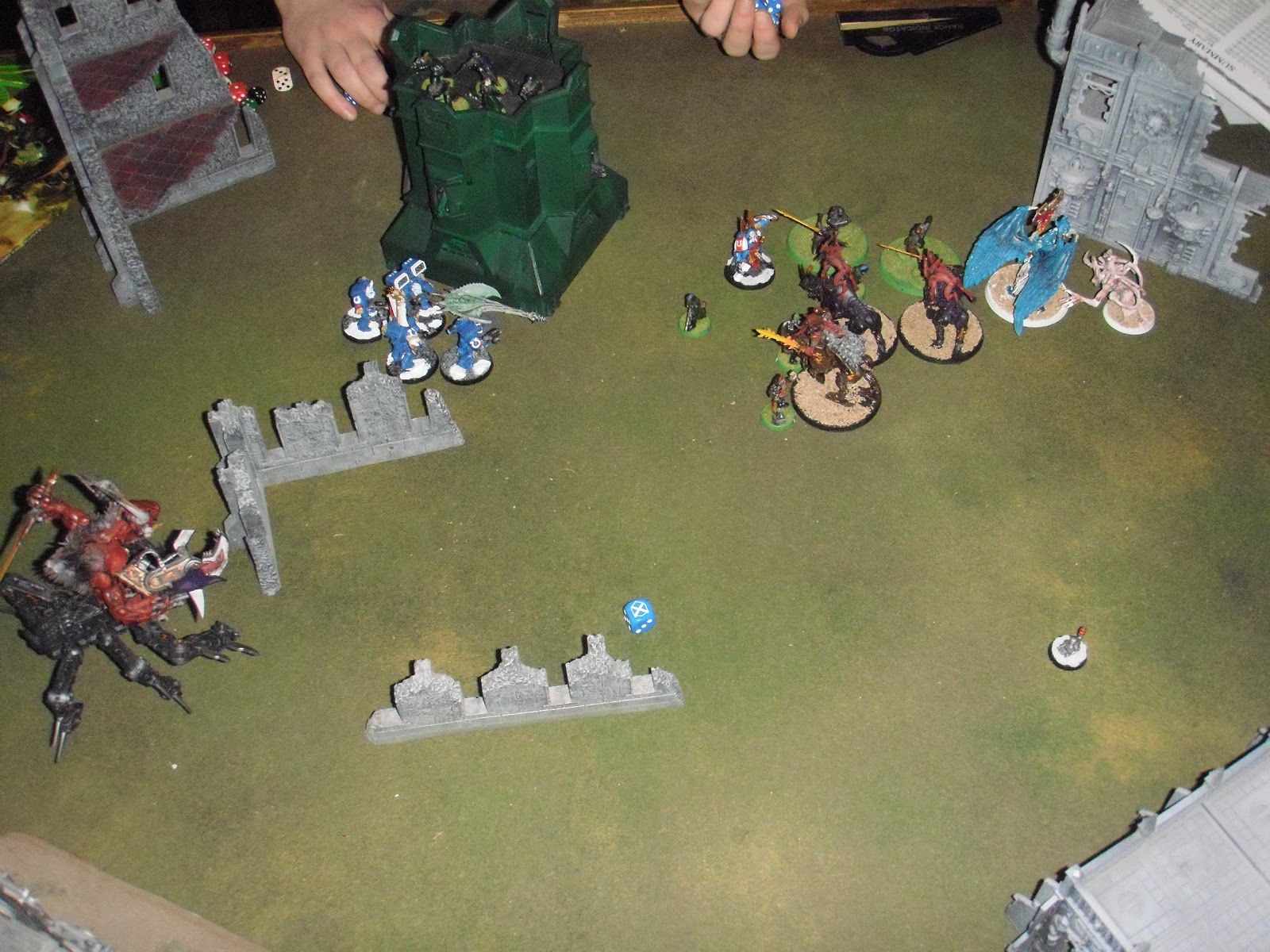 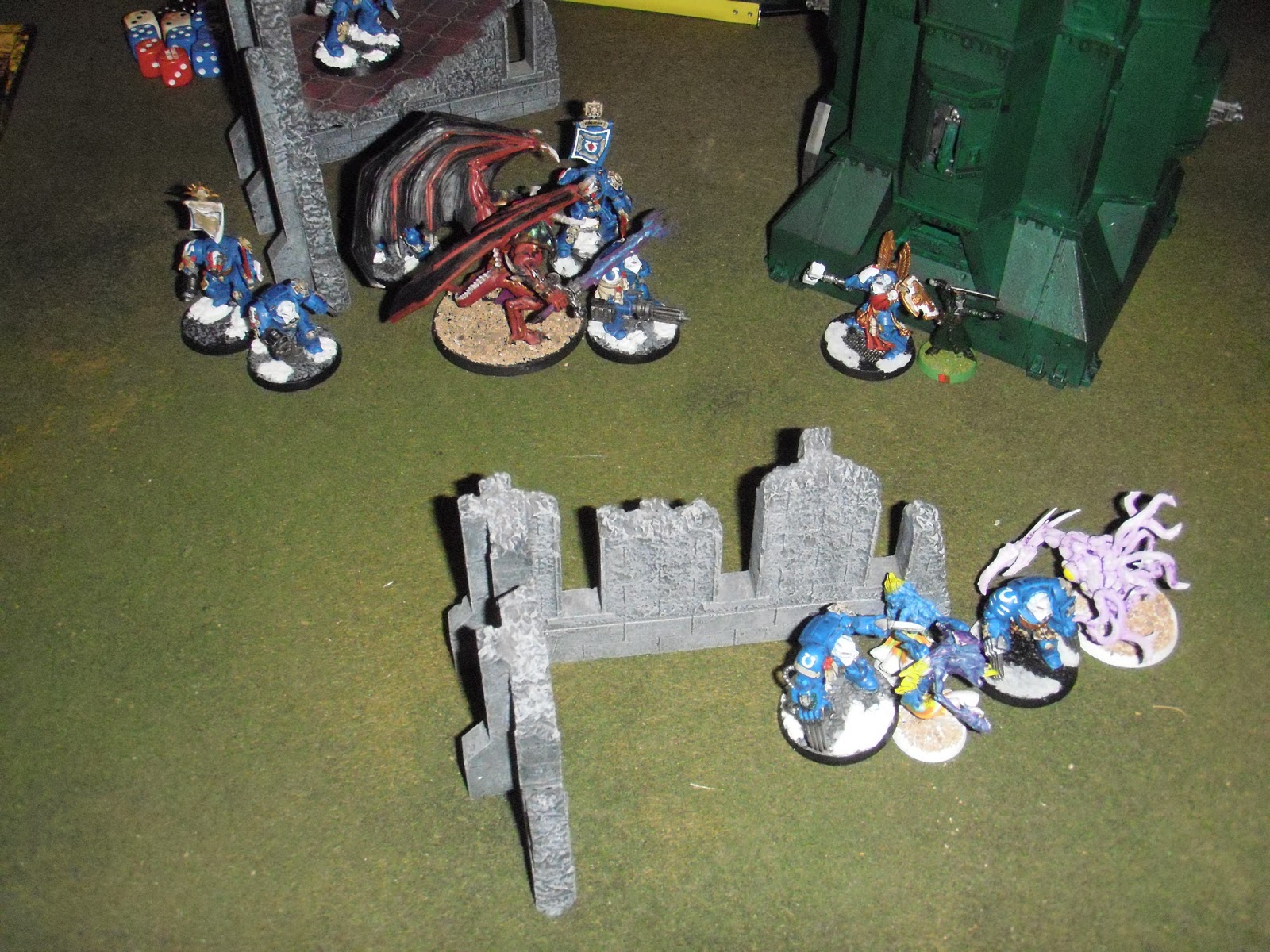 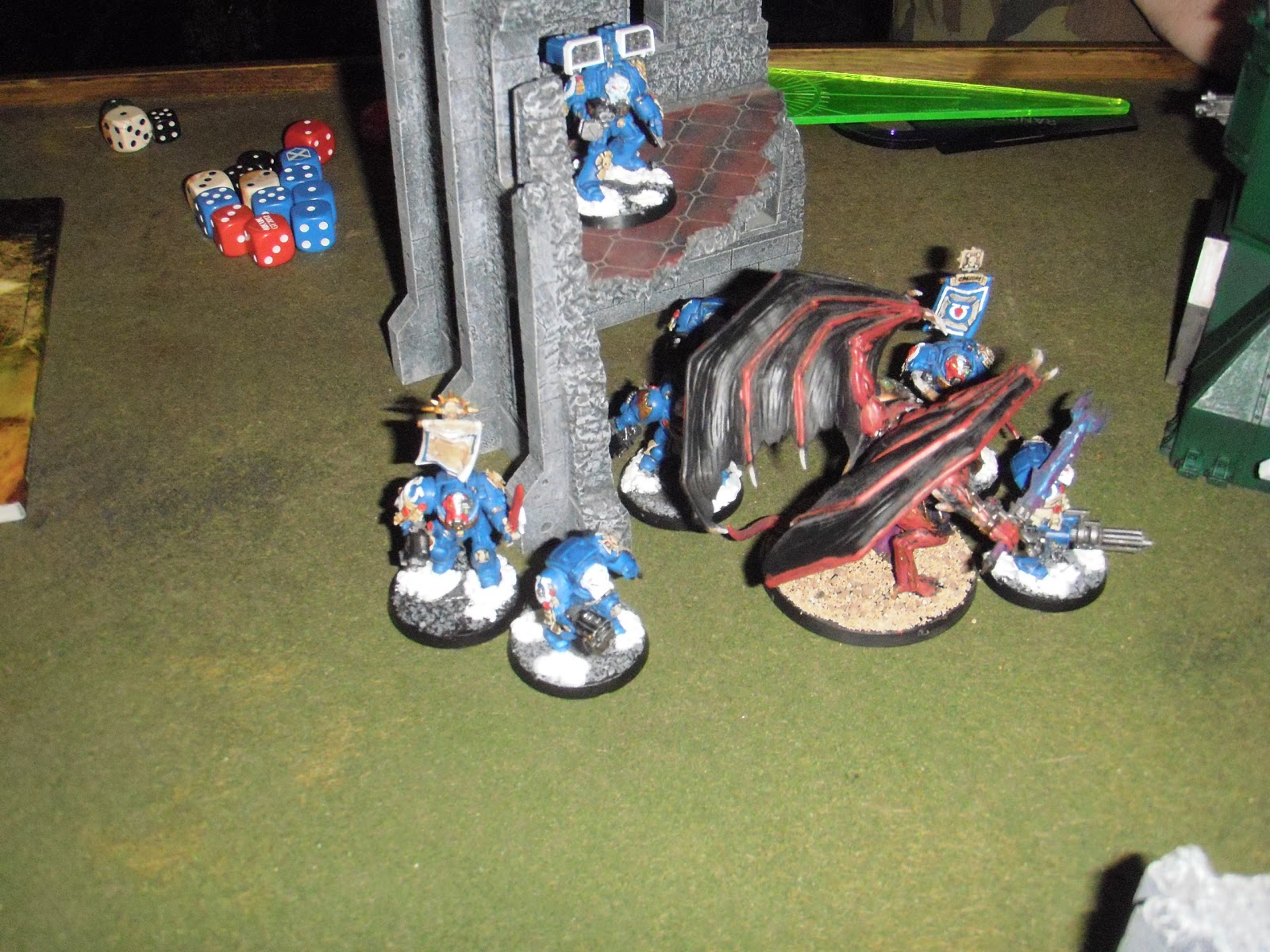 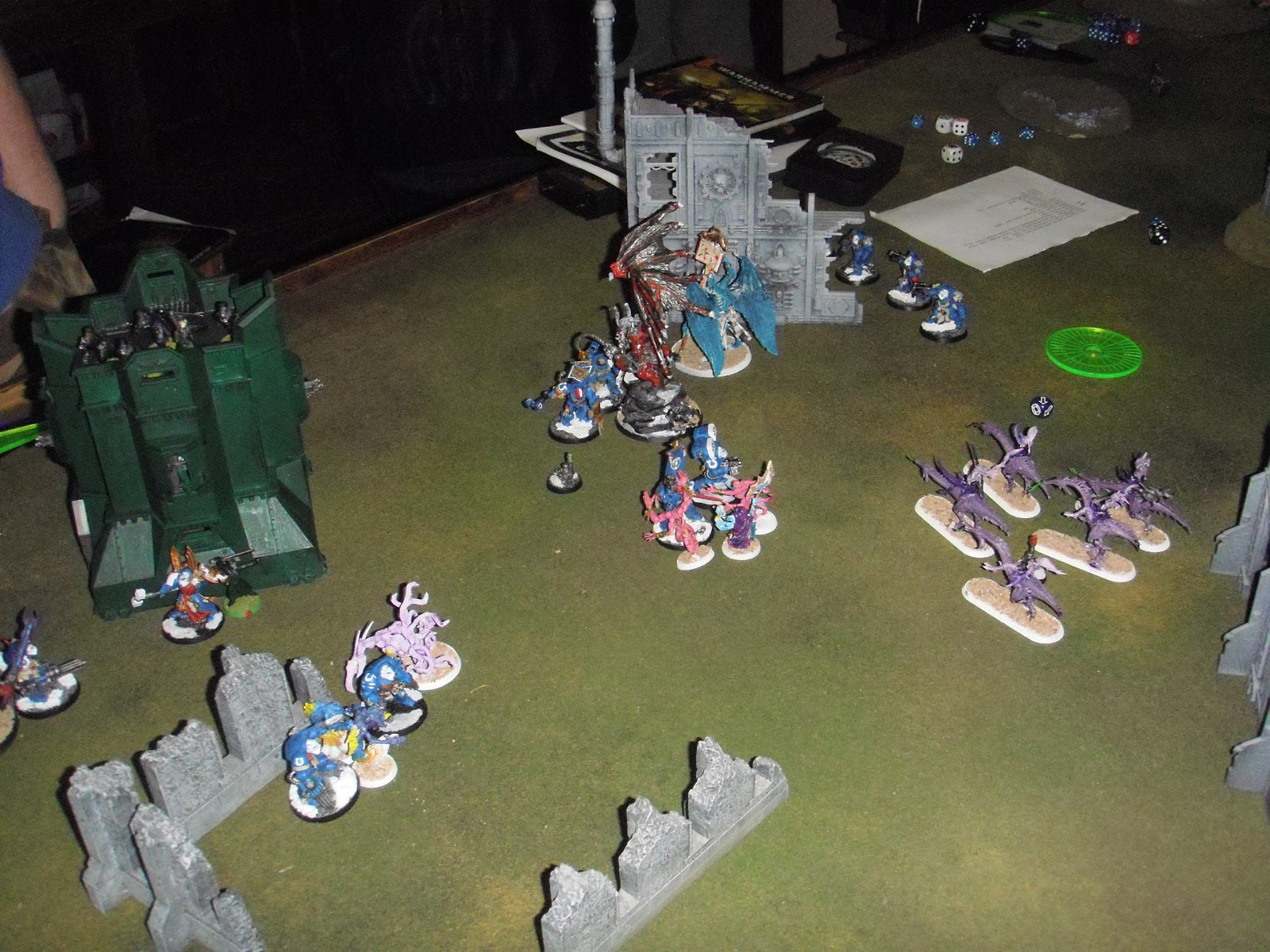 A win for Lord Halfpenny, on VP's and KP's. really good first game, Terminators are a pain against flamers.. my first BW victory! 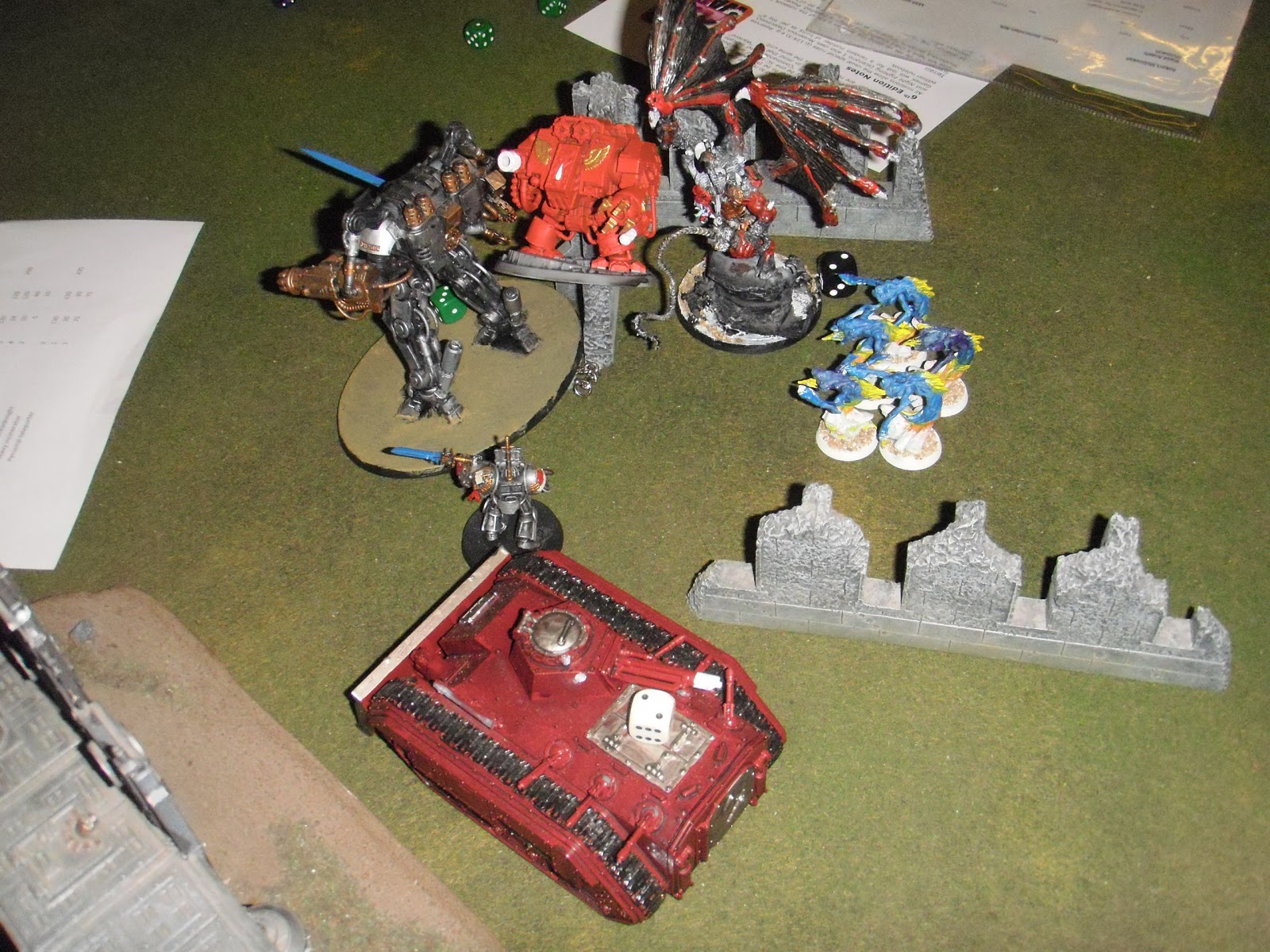 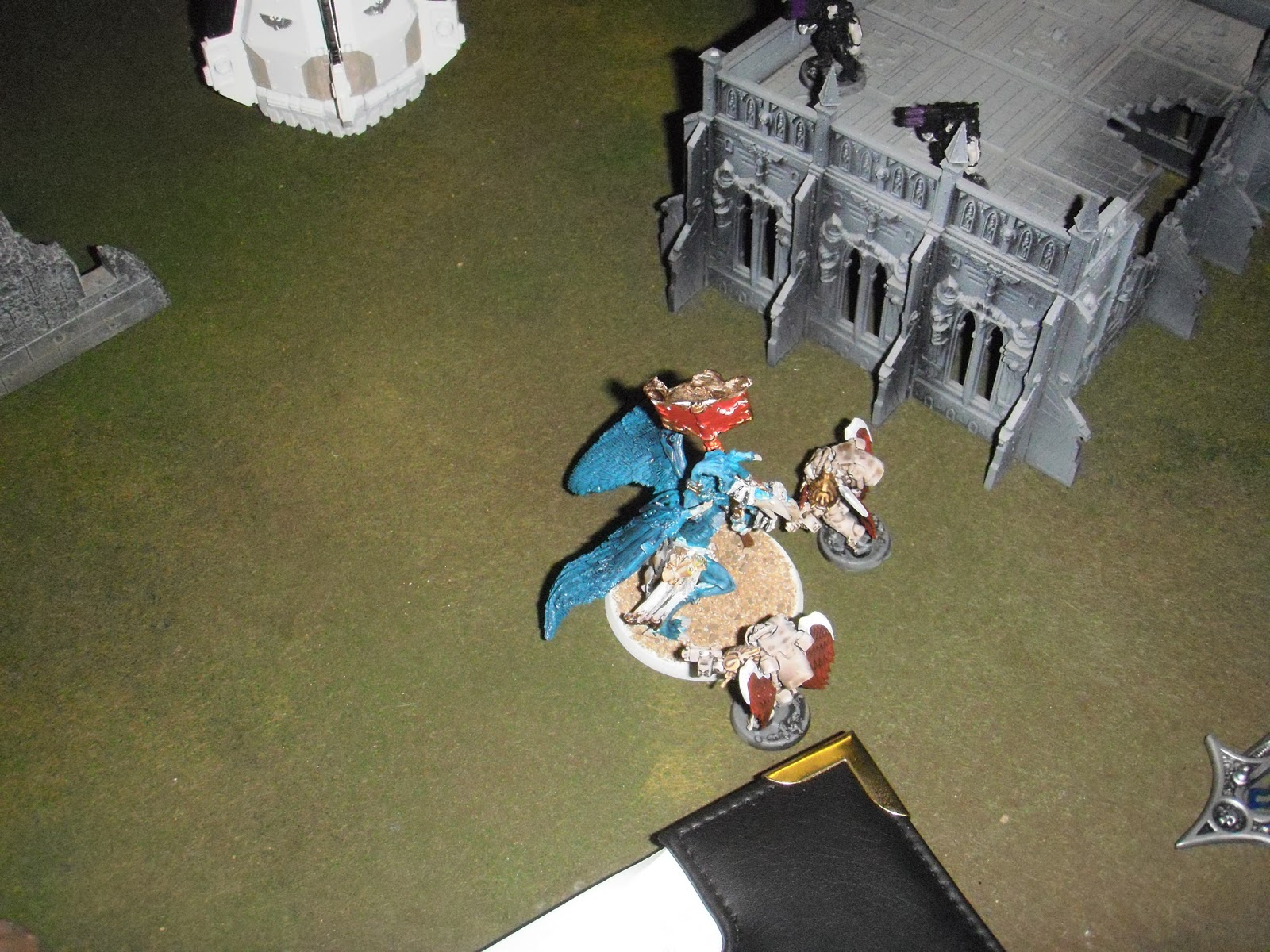 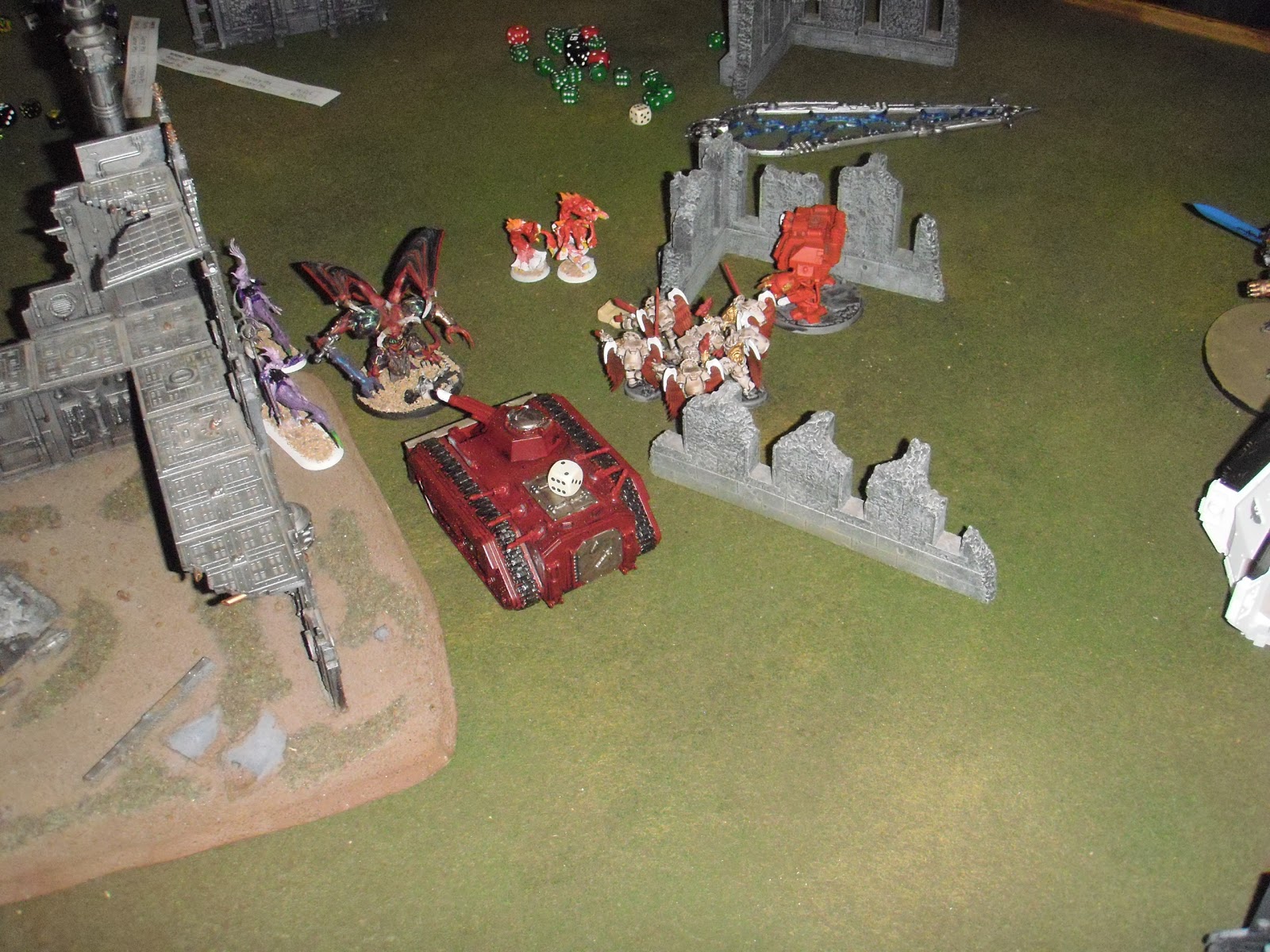 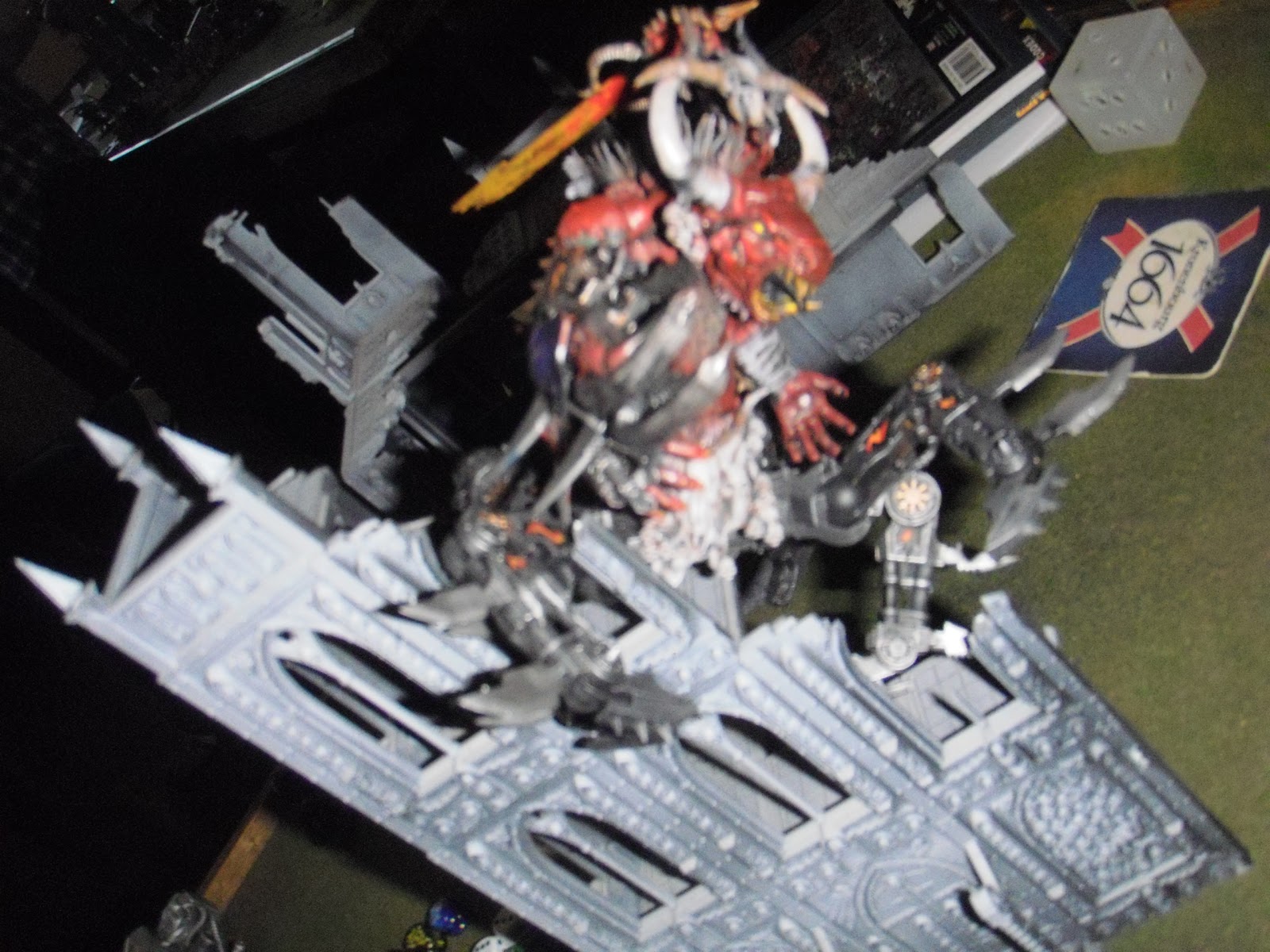 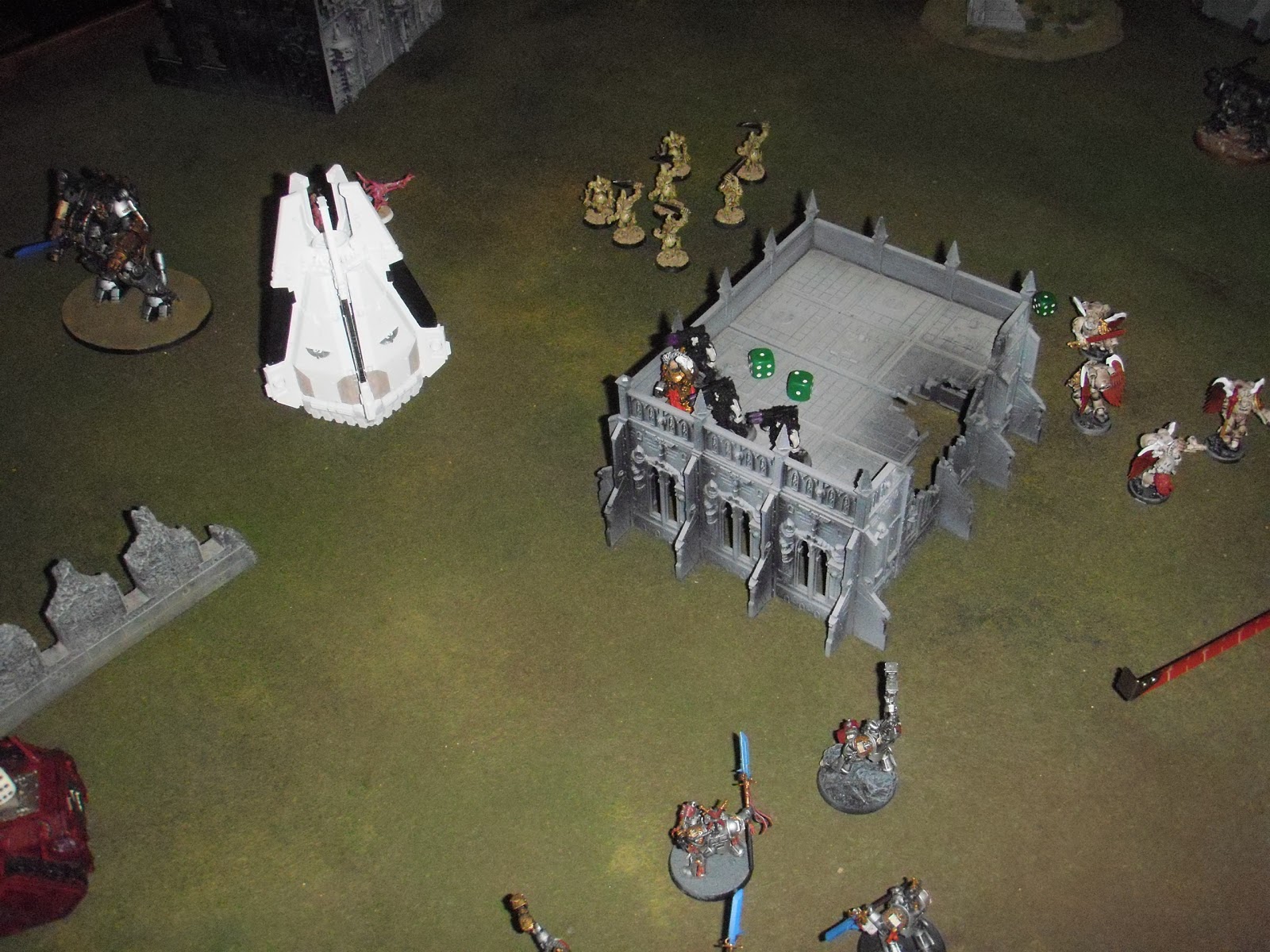 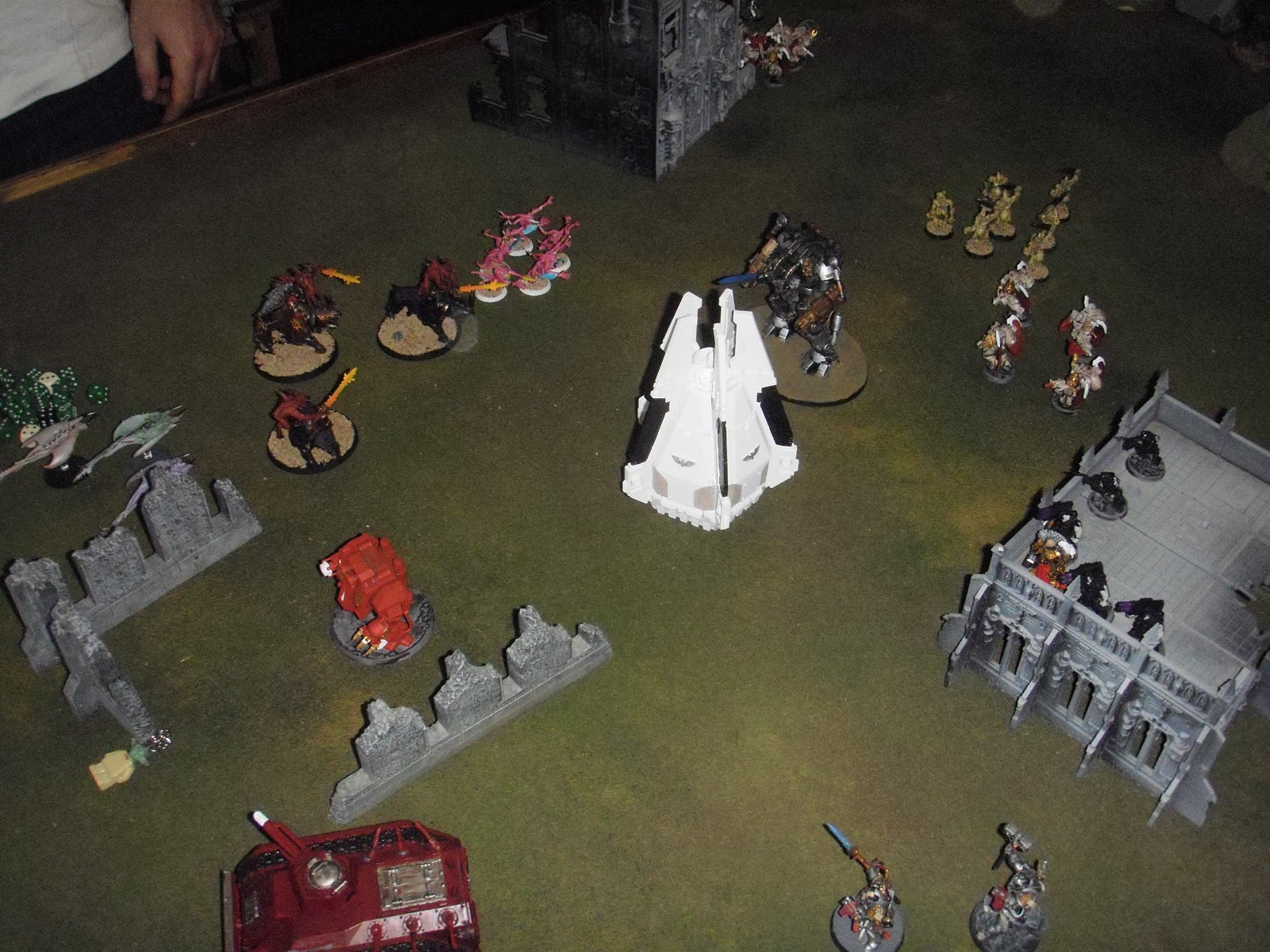 A win for Rob on VP's, and KP's- a really good game which could of gone either way.. 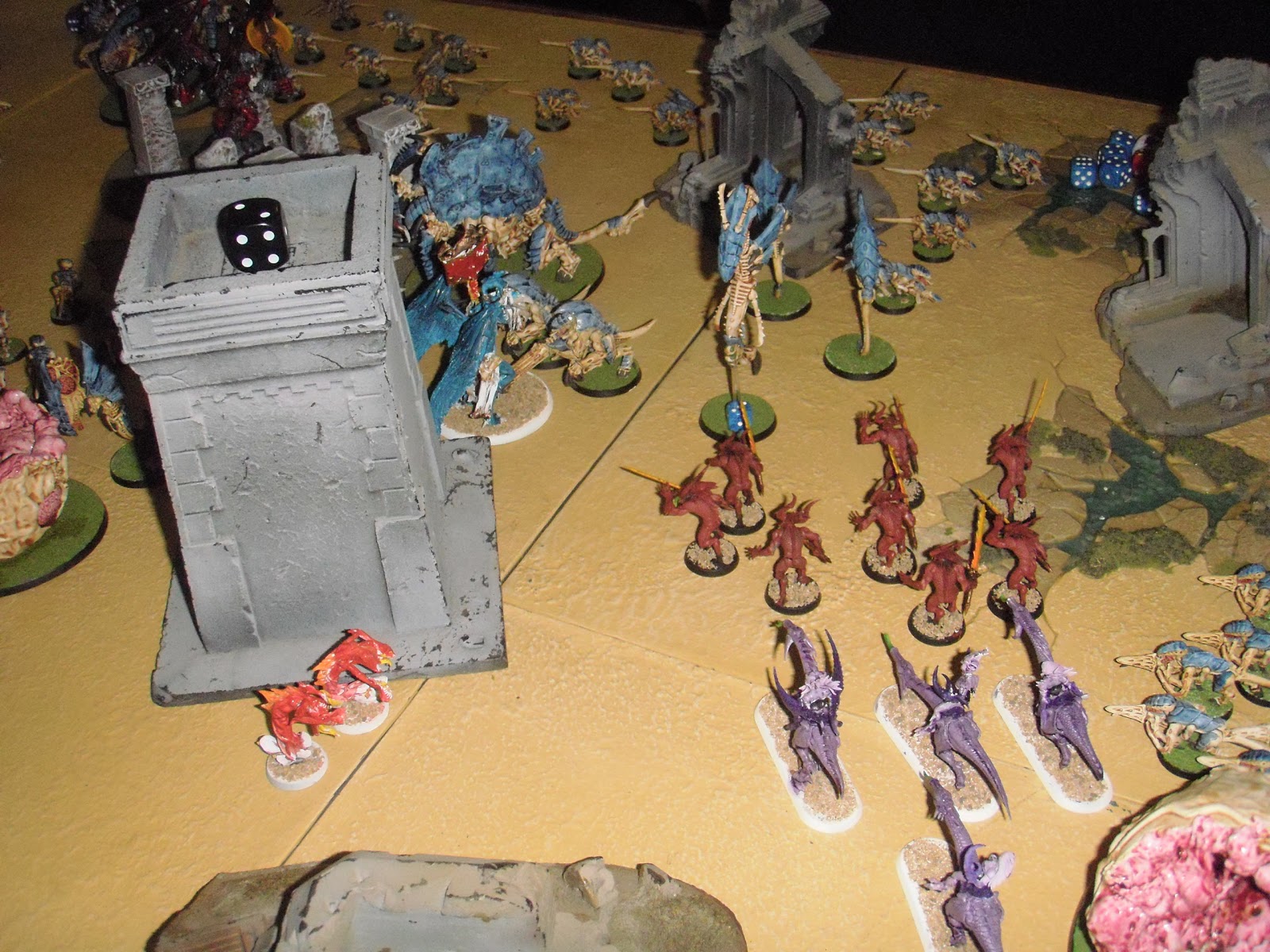 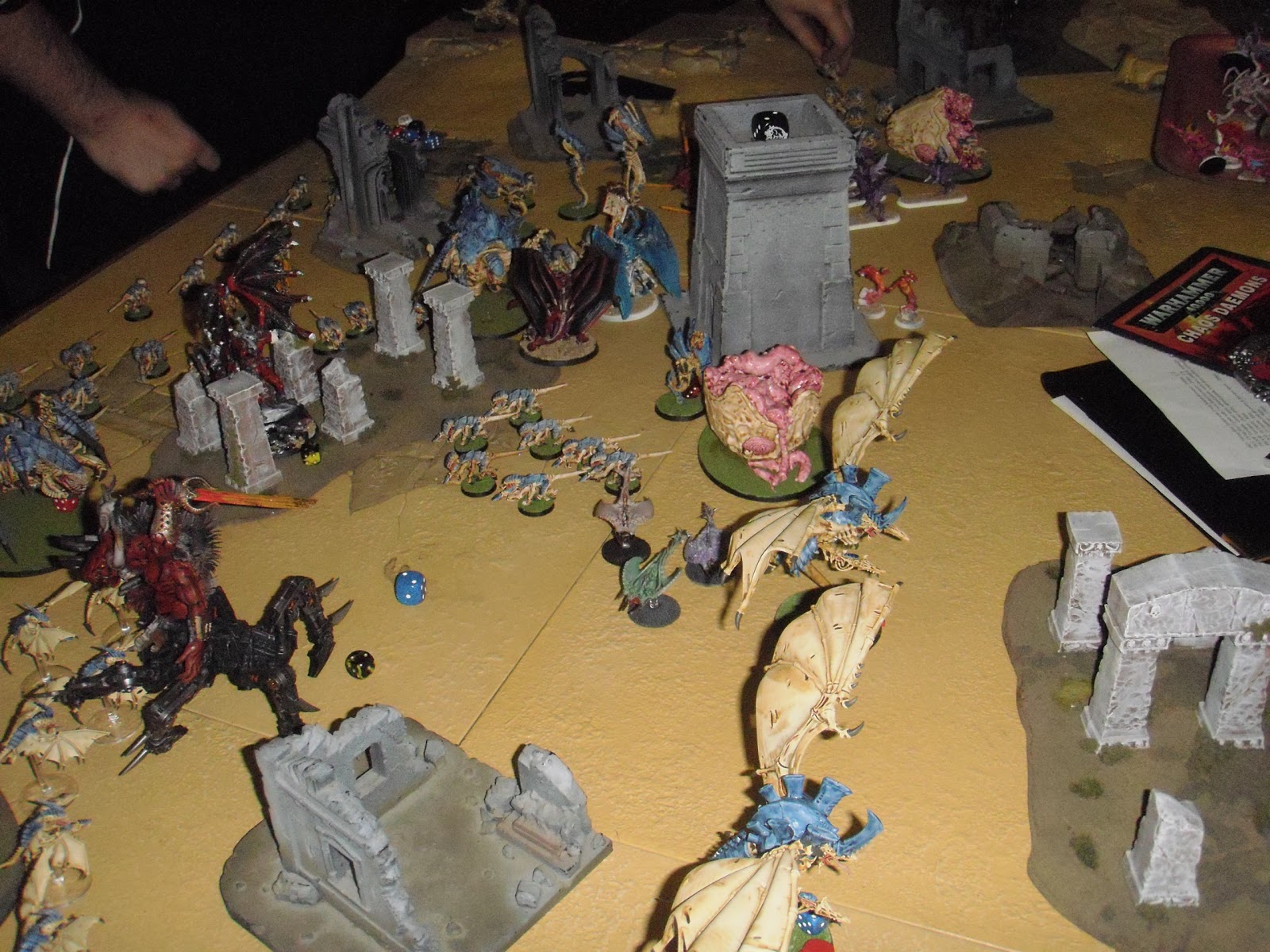 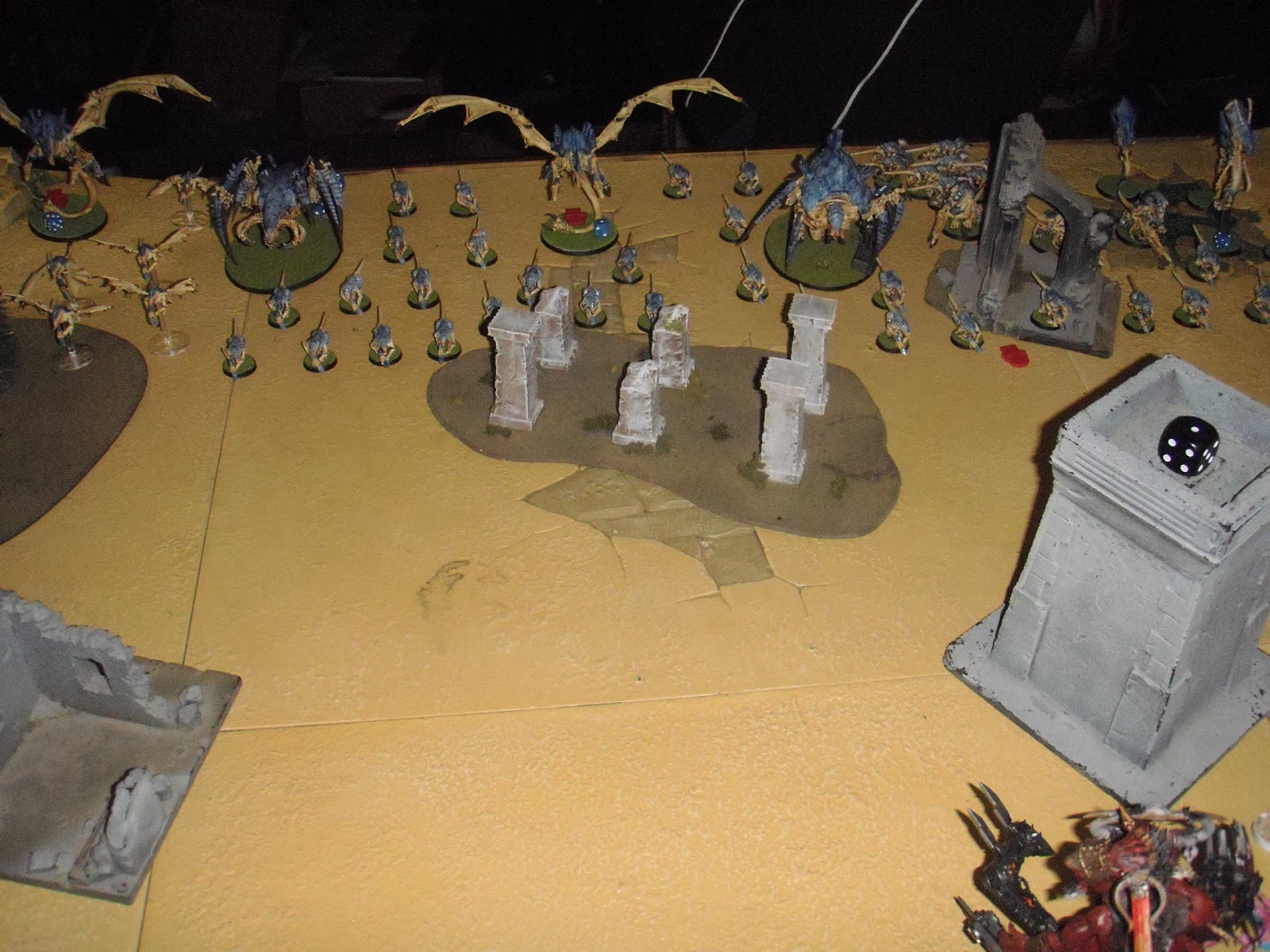 This battle was on a knife edge, I was done on KP's- I needed some luck- thus the final decison- fateweaver is going to 'Boon' that Tervigon.. needing anything but a 6 tom survive Morrbane rolled a 6! the result, a new spawn, KP's for the Tervigon, and for the resultant loss of 2 gaunt squads! a win on the last dice roll!

A win for Lord Halfpenny- very lucky, and very narrow it has to be said!

As I write this, I am already planning my force for BW5... Please can we use Forge World models next time?