Here is the latest project that I've been working on - a Forgefiend for my Iron Warriors. 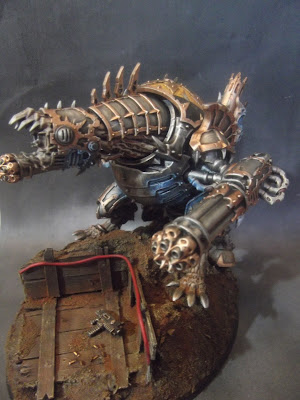 I was going to leave some of the larger pieces like this until later in the project, but Worthy Games/Red Steel Preston (my FLGS) is having their first annual painting competition and I wanted something to enter in the "big" category. 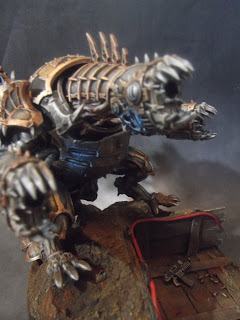 The model is magnetised up to take both the Hades Cannon and Ectoplasma Cannons. 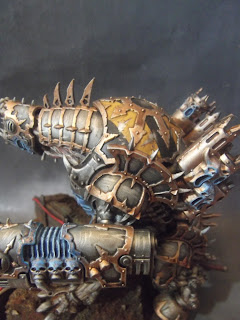 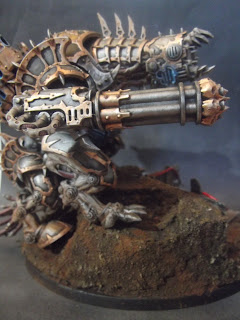 The model was pretty fun to paint, with scope to try out a few new techniques to me - the main one being my first real bash at object source lighting/glowing effects. I think they turned out a little crude, but it was good practice. 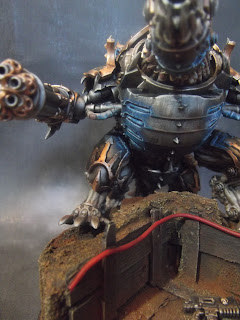 The overall pose of the model is very static, so I decided that a scenic base would make it stand out more from other Forgefiend models and give me something else to play with.

The basing theme for my Iron Warriors is trench/siege-works, so the large oval based models give me scope to make some trenches and add a few extra details. 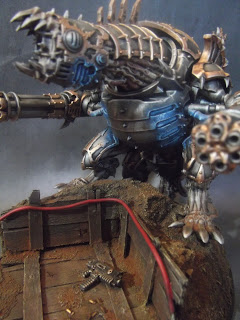 The base was carved in polystyrene and the trench section cut out and the planks made using balsa wood. 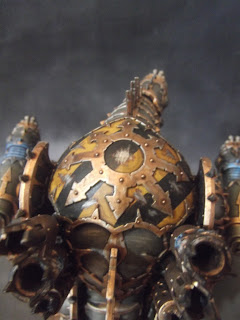 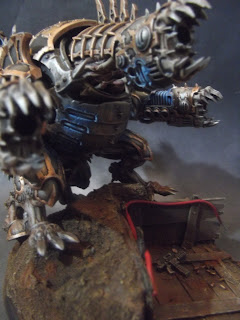 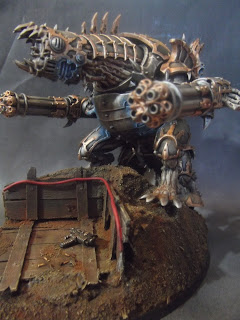 We'll have to see how it does in the painting comp now...
Posted by the 6th degree