This weekend marked the opening of Preston's first FLGS (that I know of) – Worthy Games. Worthy Painting are a commission-painting service, who have opened the store and made the top floors of the building into their studios.

There has been tons of build up on the Red Steel Preston FBpage (Red Steel Preston is the local gaming club that has been started and is based from the store) for the past few months and me and GreyLamb went down to the opening to check it out and pick up some new toys we had pre-ordered.

First impressions of the store were really good; it is big, bright and had tons of stock in from all the main wargaming systems, as well as a few I’d never heard of. There were also loads of miniature displays around the shop, all painted up by Worthy Painting.

I could literally feel my wallet tense up as I browsed. GreyLamb ran to a nearby bank to remortgage his house and ended up leaving with too much stuff to carry. 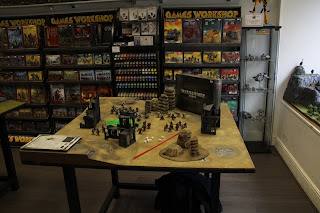 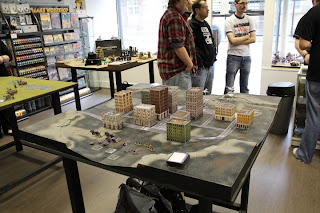 There were four 4x4 Realms of Battle boards set up in the store with displays or intro games and a painting bar where folks were putting together their newly acquired Dark Vengeance and Drop Zone Commander starter kits. 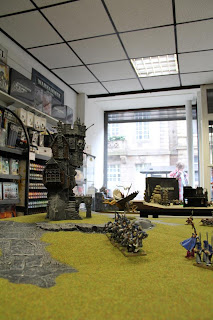 Upstairs is the gaming area and in the main room there were three full sized Realms of Battle tables and a side room with another table (there will probably be room for another table in each in future). 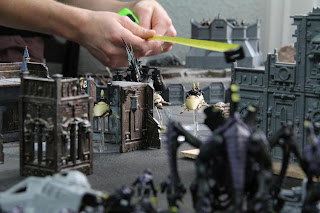 It was pretty rammed, but not many people actually brought anything to play (a problem we didn’t have), so we grabbed a table and started with a 20pt game of Warmachine.

I brought my Khador and GreyLamb had his Menoth and everything was going nicely in my favour, with my Man O’Wars and Beast ’09 ripping through the Menoth Jacks. It looked like it was going to be a certain win to me, when in true Warmachine style GreyLamb managed to roast my Warcaster with a pair of flamethrowers through a gap in terrain that I had missed. 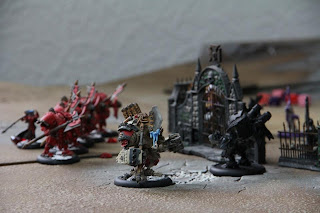 After a bit more retail therapy we went to some demonstrations from the creator of Relics, who showed us the awesome minis (painted by Worthy I think), talked us through the rules and showed us a test game. Relics looked pretty fun; players take it in turns to use/activate a single unit each (similar to Dreadfleet) and combat is resolved by throwing a load of dice and hoping for doubles. 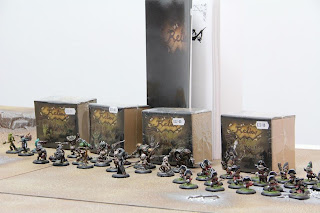 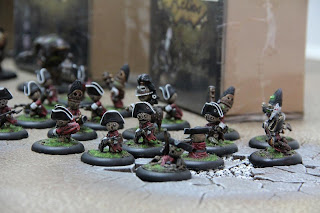 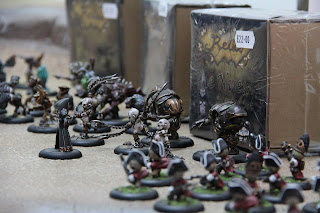 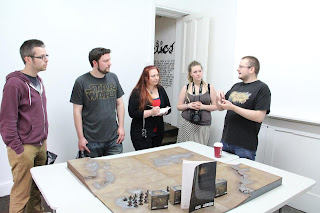 The creator of Drop Zone Commander was also in the store and spent the entire day talking to folks about the game and signing rulebooks. GreyLamb bought a DZC started kit and the mini’s are pretty awesome...no idea how the game works though... 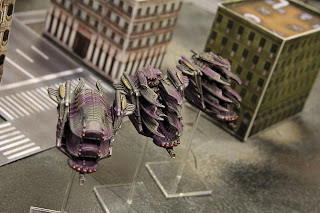 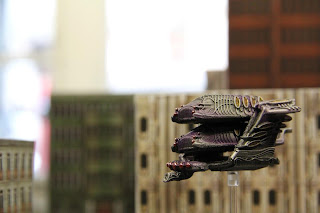 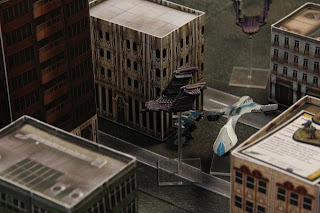 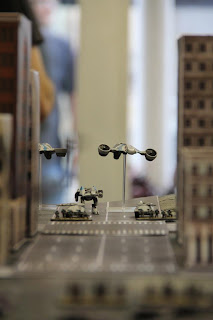 We finished off the day with an “interesting” game of 40K; we couldn’t find anyone with an army to join in a doubles game, so instead of having the same Nids vs Paladins game we normally have, we mixed things up a bit with some Horde mode. 1250pts of fully tooled up Paladins, Draigo, an Apothecary and a Rifleman Dread started in the middle of the board and each turn 300pt waves of Nids entered and we saw how long it would take for the GKs to die. About 10 turns apparently...and they took somewhere in the region of 99 Gants, 2 Tervigons, 20 Genestealers, 3 Zoanthropes and a Tyranid Prime with them. Nasty! By the end of the game we had a little crowd around us, cheering as brood after brood of Gants threw themselves against the Paladins (although I’m not sure exactly who they were cheering for...). 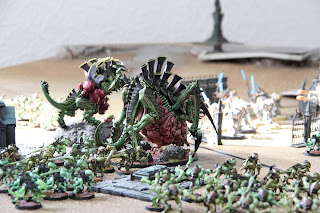 We had a great day and I think Worthy were really happy with the turnout. If you are ever in the area, I would suggest you check it out or head over to the Red Steel Preston club nights on a Monday.

All pictures were taken by Andrew May on the day (I forgot to take any and they wouldn’t have been as good as his anyway).

Here is a video of the day from JoeyBerry.

Check out Red Steel Preston on their website here.