Following my previous Reaver post, I thought blog my progress.
I am currently working on the base, which is the based around the battle scape scenery piece. I have completed the interior of the Rhino, using a mix of astronomican grey, over a black undercoat. I then washed this heavily with badab black. The metal flour, and the computer panels were also picked out with boltergun metal, with the screen completed with blood red, and dark angel green. From the pictures you can see that the rhino interiors have been converted massively- as to fit beneath the battle scape piece. 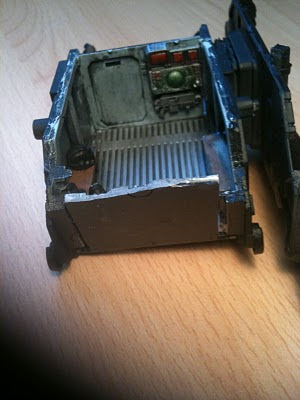 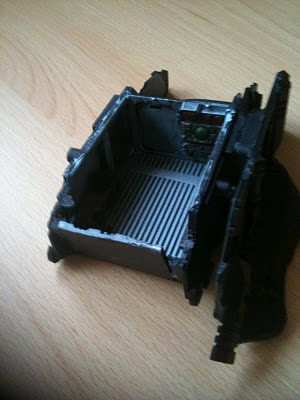 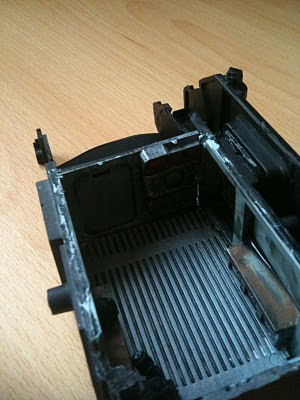 I wanted the base to have a story with it, not just a piece of scenery- I wanted the Rhino to look complete- thus 'dead marine' was converted. This marine has been converted to fit within the body of the rhino- looking out through the open hatch- The plan is to paint him in grey armour (sorry siph) I'm not sure yet whether to paint the skull a normal skull colour, or to go with a slight 'daemonic' appearance, (I've seen a great black/yellow combination at my local GW) 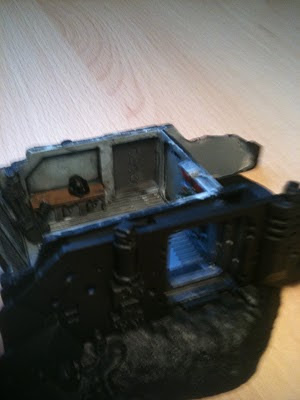 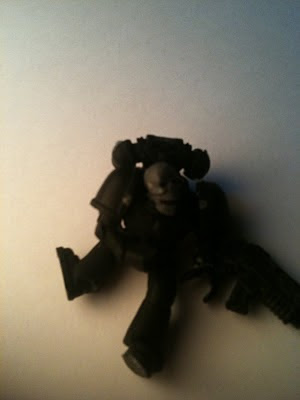 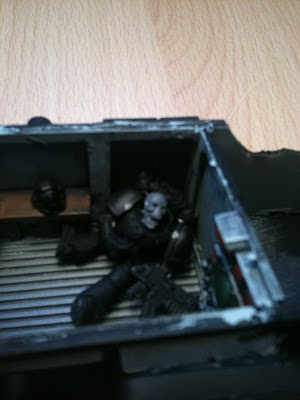 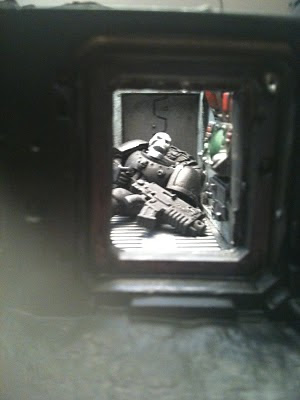 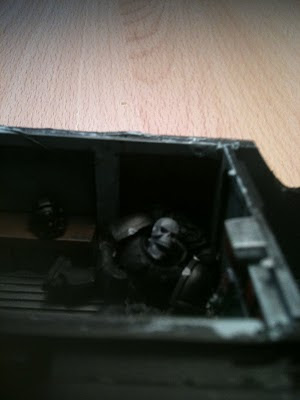 I've had to clamp the battle scape down, as there is a slight warping of the plastic- hopefully the clamps will do their trick and reduce the warping! 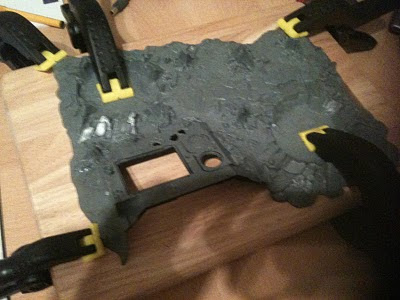 Hopefully for the next post I'll have the titan feet on the base!
Posted by Lord Halfpenny