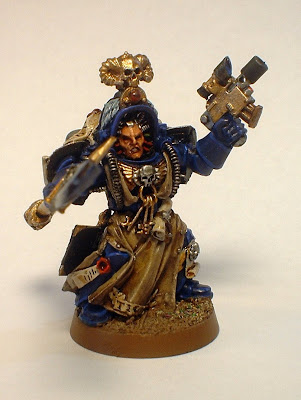 I thought it was about time I put paint to one of my HQ choices, and since fluff wise the Relictors have a lot of Libarians to study the Chaos Relics they come across, it was only a natural choice to do the Master of Librarians, Tigurius (counts as). 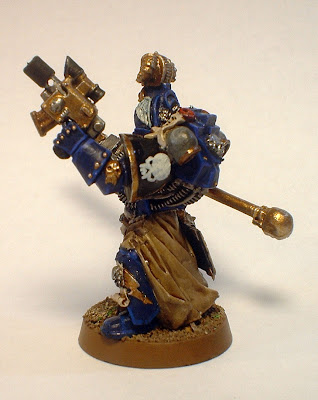 The Tigurius mini had lots of lots of Ultramarine symbols which I dremeled off and then cut the arm off holding the Rod of Tigurius to use something all too different. The left arm was replaced with a suitable gauntleted Chaos SM hand and a Scout Bolt Pistol was placed instead. The grey power pack vents and the shoulder Pauldrons indicate his Relictor Chapter markings. 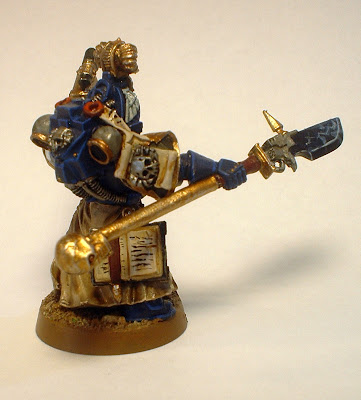 I had a look at Ron's How to Paint Force Weapons from the FTW archive however lacking turquoise paint I used Fenris Grey Foundation and the Blue Asry wash, not bad I thought for a first attempt. The book was from a Dark Angels Veteran sprue and the Force Weapon from a Grey Knight in Power Armour.
Hope you like. It was fun painting something not Grey!!
Posted by Siph_Horridus