Hi – I’ve not posted in a week or so, but it appears that I’m not the only one that’s been busy – there’s been exponential ‘Nid growth happening at my house…they’ve evidently found a good source of bio-matter to feed on. 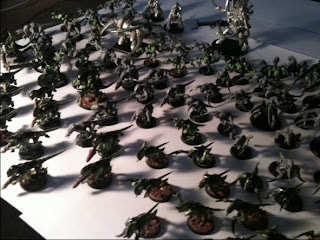 What started as a couple of small broods and a few large creatures has now become a 1500pts+ army consisting of multiple full broods, a couple of Fex’s, a Tyrant, a Zoanthrope, a pair of Hive Guards…and other stuff…

I have seen how the new cover rules really work to my advantage too – requiring half a troop to be in cover for it to apply to all units in the troop, is great for big broods. Applying some thought during movement (and having some terrain to work with…) can mean that most of my army can move across a battlefield with a 4+ cover-save.

As well as getting games in, I have been painting an unending stream of gaunts and have been rewarding myself by painting one big creature for ever 6 gaunts finished. 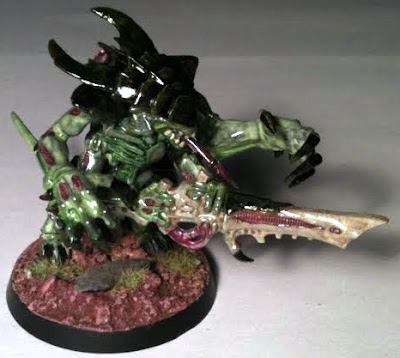 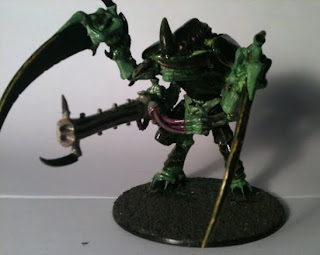 What’s next? Current WIP projects include buying more gaunts, working on my painting skills and putting together some nice terrain to fight around. Oh – did I say buying more gaunts? I mean LOTS more gaunts! My aim is to field at least four broods of 30 in my 1500pt list.

Hopefully a battle report will be up in the near future.