Further additions to the growing Deathwatch force, completed this week is a 10 man Veteran squad, and a 3 man Primaris Outrider squad.

This 10 man squad is designed to be either a hard hitting 10 man squad, or 2, 5 combat squads with 2 specific roles, up close and distance combat. 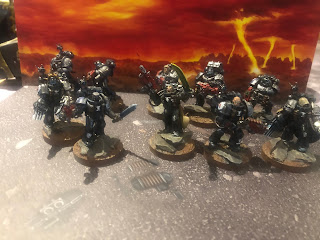 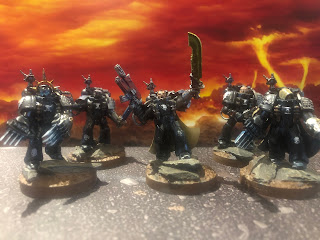 the 5 man combat squad also includes the serg' with a combi melta - as it could be useful in the mists of combat! 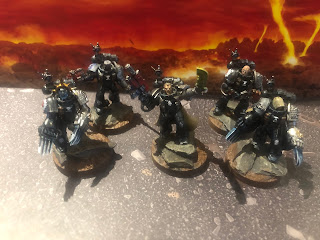 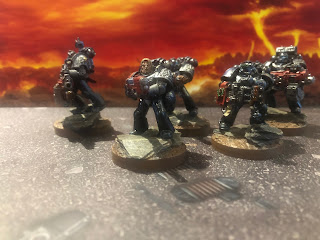 The 5 man 'heavy' squad includes a heavy bolter, a heavy flamer and a combi heavy bolter/flamer. There is also a melta gun and plasma for some hard hitting action! 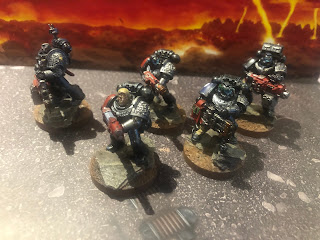 This 3 man squad has had some conversions to them to make them more unique than the base set - with the addition of shoulder pads and different helms. similar to the vehicles, the bikes had an armour panel dipicting the home legion of the rider.