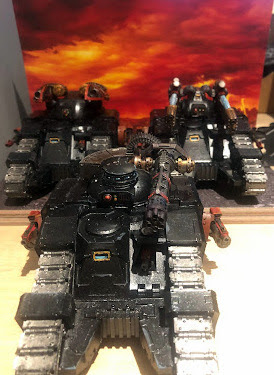 Hello All, you wait for tanks, and then 3 come along! Boom!
Up this week is 3 Sicaran FW tanks, the Omega, the Punisher and the Arcus, all for my Deathwatch force. 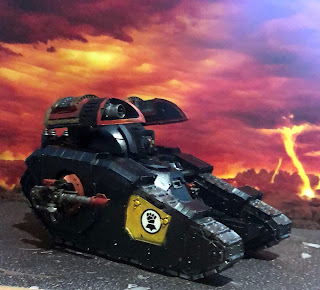 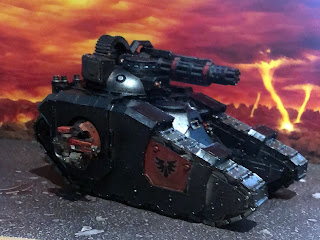 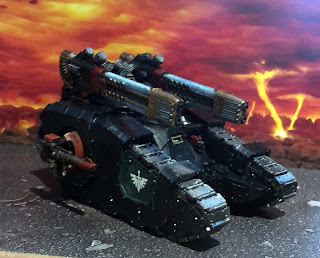 These have been painted the same as my force, the Metallic Black base, with Red for weapons. I've add the chapter symbols for the Dark Angels for the Omega (Plasma weaponary being their thing) Blood Angels for the Punisher (as they like it close) and Imperial Fists for the Arcus (for siege warfare with the missile launcher) Were these gifts to the Deathwatch, or reclaimed relics? 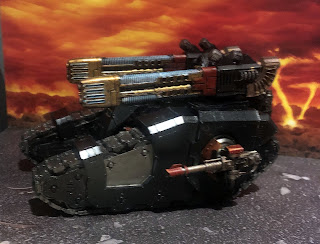 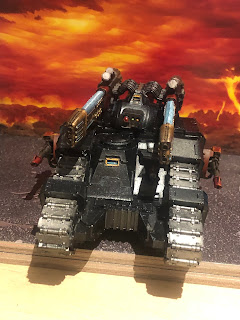 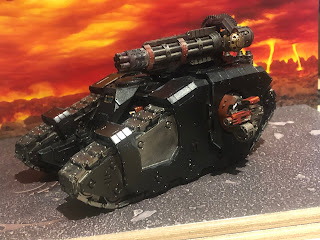 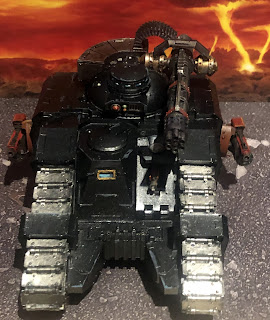 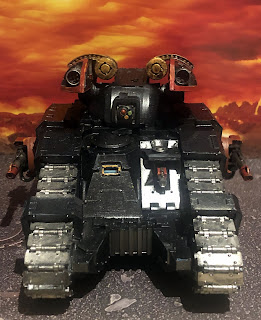 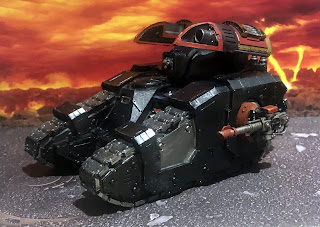 Really happy with the 3 tanks, they look great -and can't wait to use them in combat! LH (15pts)
Posted by Lord TITANium Halfpenny