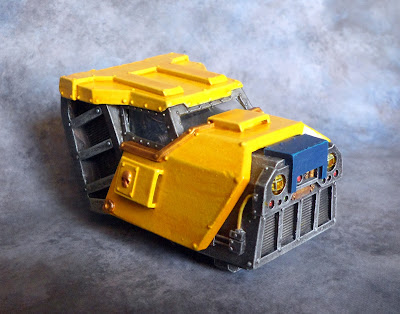 Hello Titanseers, on the heels of the Legs been completed I cracked on and finished the head too. 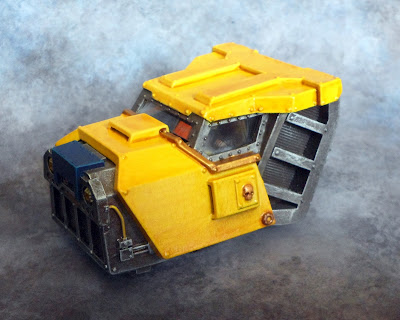 The original scheme for Gyphonicus had decent internals so the main job was to repaint the armour cowling and the uniforms of the crew. 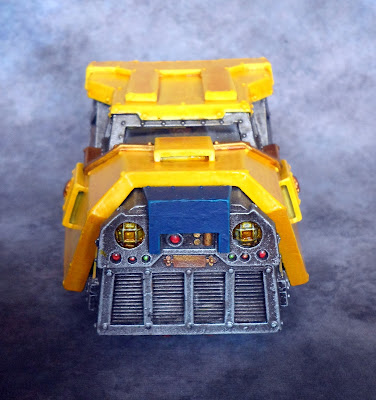 I painted the nose Astorum blue and the headlights with some of the Sigsmund yellow clear. 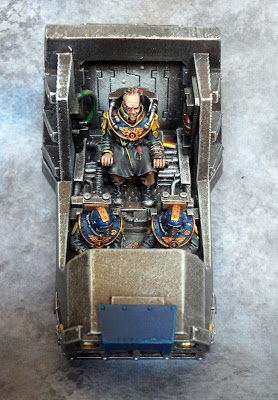 The Princeps and Moderatii had their armour re-painted for Astorum, I also added some internal gubbins in the Command Deck, as the rear bulkheads were plain and missing internal gubbins. 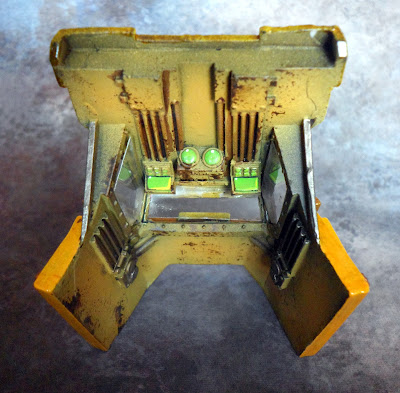 I kept the original scheme in the command deck internal cowling, just added some more detail on the green screens. The original painter did well with the perspex windshield pieces. 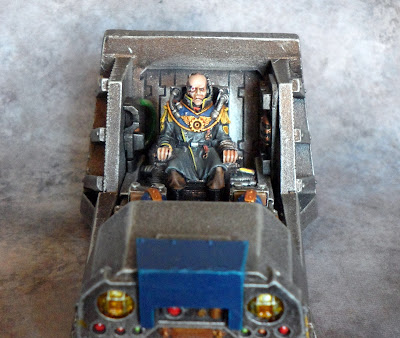 The proud Princeps Martinus the Strict in his new Livery of Astorum (named after my mate who sold me the 'Hound)
Cheers, Princeps Siph
Posted by Siph_Horridus