Another week, another post! Shocking I know Siph! (Gasp! - Siph)

I've completed my 6 Aggressors for my Deathwatch force - these were done in the same style as previous Deathwatch Primaris, with a metallic black base, highlighted with Eshin Grey, then thunderhawk Blue. I've picked out details that match across the unit. I opted for 3 and 3 with the configuration to give me options as the force increases, whether they are played as a unit of 3, 6 or as part of a killteam with other Gravis armed united. 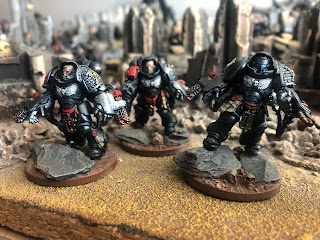 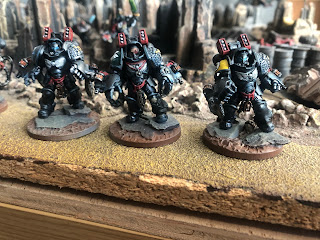 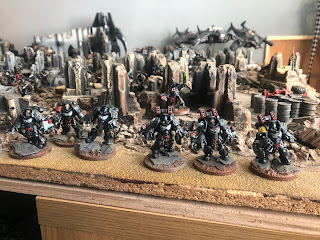 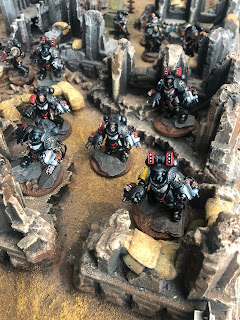 The First Born Captain is based on a spare Ultramaine Chapter champion, with weapon swaps. I've given him a plasma pistol, and a Xeno blade (could this be where Sicarius is after he went missing?) I've tried to retain certain 'Ultramarine' elements, without the model looking out of place with the other Deathwatch marines. 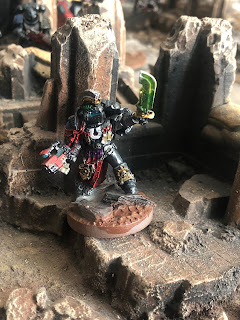 I am very happy with the sword - the green has had 3 lighter shades applied, with then highlights with white to the edge. I then applied a wash of Tesseract Glow to give it a Xeno 'feel' with a final highlight to the tip in white. 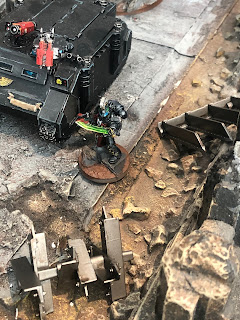 Thanks for stopping by! LH (22pts)