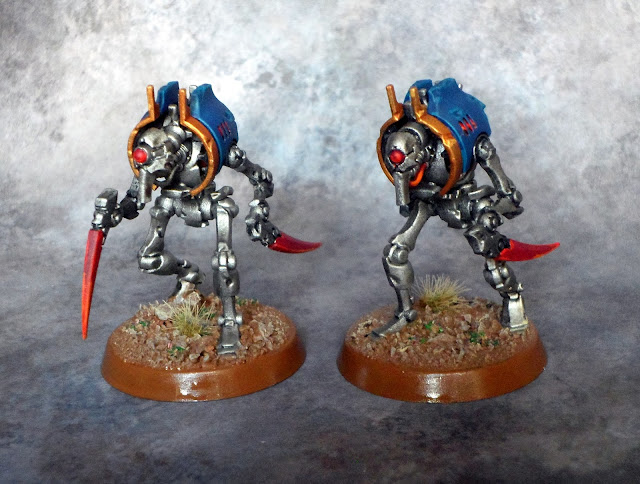 Hello all, thanks for dropping by. Today's newest additions to the everliving, ahem ever growing Necron Dynasty is two Cryptothralls, bodyguards to Necron Crypteks. 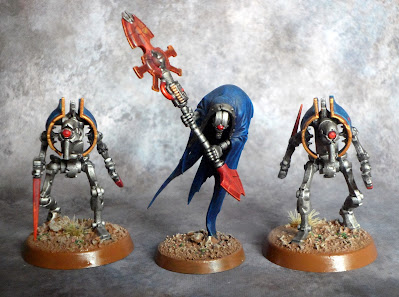 These lovely walking waste bins mean a nearby Cryptek cannot be targeted by ranged weapons and in turn the Cryptek boosts their WS and BS to 3+ when near the Cryptek, and 6A in Melee - these try to keep the Cryptek out of harms way and go beserk in CC! 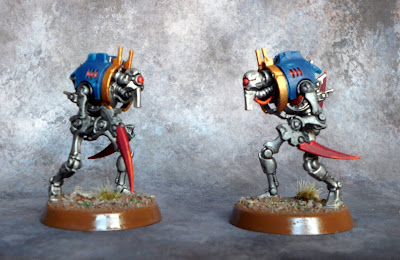 The main weapons in melee are Scythed Limbs, S5, -1AP and 1Dmg but with boosted 6 attacks each might make some close combat opponents think twice. Their other ranged weapon is also a Pistol profile so can supplement the CC attacks with some shots in melee. Coupled with the Technomancer Cryptek's Canoptek Control Node means the WS3 gets an additional +1 (the WS3 for being near Cryptek is a change to stat, not a 'plus one'). So, WS 2+ six attacks base, in pairs, and linked with Novokh's strategm you could have 16 attacks to punish any would be attackers! 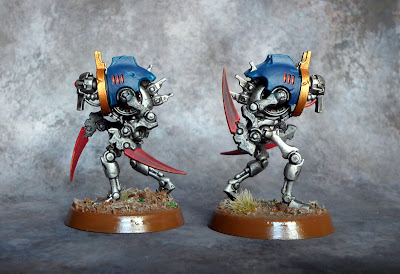 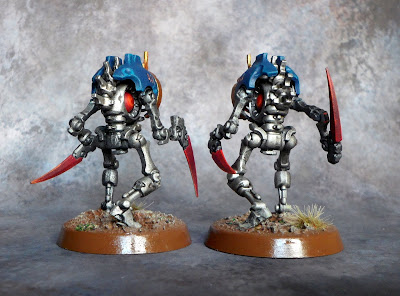 The ranged weapon is a pistol type range and type, the Scouring Eye, but quite lethal at S5, -2AP and 1Dmg can hurt most foes. 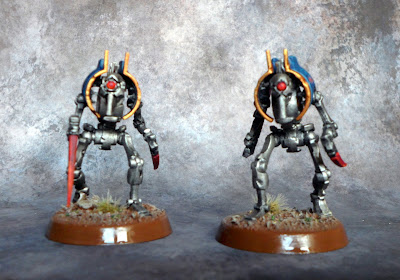 Coupled with Living Metal and Reanimation Protocols these are going to be fun to have, and whats more, every Cryptek can have them without taking up a slot. Nice little additions to keep the Crypteks around a little longer.