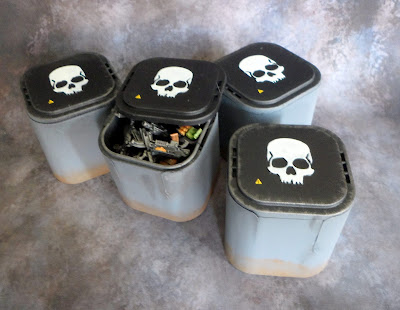 Hi all, thanks for dropping by. I bought some new GW dice to fit my Relictors, Black with white Skulls, and Grey with White Skulls so I had quite a lot of dice to retire. When they arrived they came in nice Skull motif lid boxes. So, I had to use them and a thought crossed my mind - supply crates for Relictors! 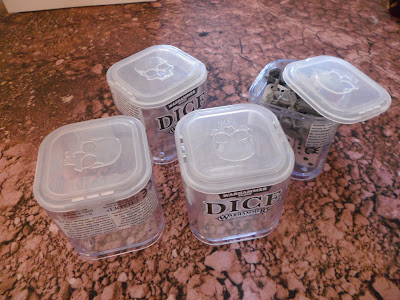 Here is the boxes as is. I removed the dice (obviously) and noted that GW insists on motifs on 'one' face, I'd prefer a motif on 'six' face but as they are skulls and one usually means failed and death, I'm happy enough in this case! 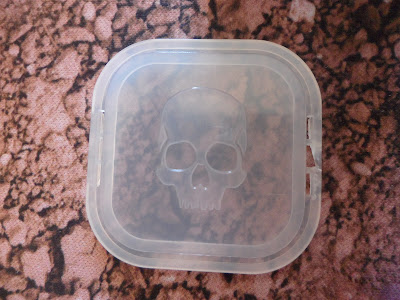 The lid tabs were cut off, minor damage on this one, but adds to the crow-bar opened crate effect... The nice skull embossed motif - had to be used! 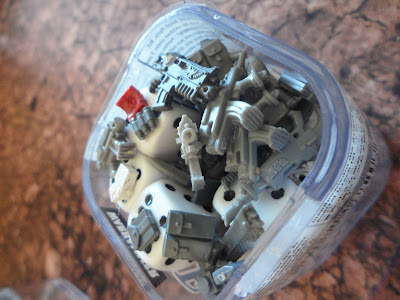 With some of the spare plain retired dice I partially filled a box and added some spare bitz. 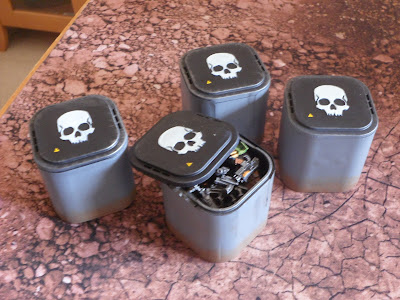 Once painted and the bits drybrushed and lid glued down covering the most obvious dice, the crate looks full of weapons, ammo and supplies. I drybrushed a little Leadbelcher around the edges and some Mournfang Brown on the lower edge. Added a suitable decal and picked out the Skull. Simple and effective terrain. 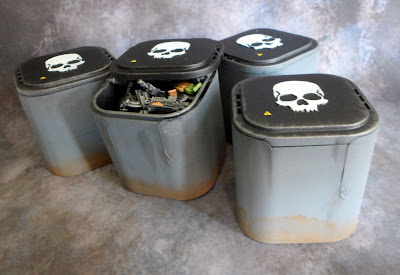 Hopefully this inspires someone out there to do some cheap terrain - its the third army on the field and enhances the game. And in 9th Edition actually has some proper game effects.