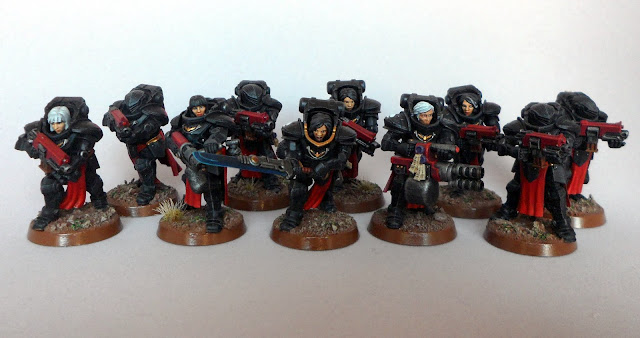 Hello All, thanks for dropping by, here is my take on some puritan Sisters of Battle. I envisage these being a rather puritan and devout Order, more practical and substance, less baroque and myth - I know not to all tastes as the ornate bonkers bits makes 40K unique, but I got bored of waiting for plastic sisters. These are made using 3rd party Dreamforge Games Eisenkern Valkir Heavy Troopers and some Statuesque Miniatures Heroic Scale Female Heads.

I added purity seals, another 3rd Party Multimelta from PDC Miniatures start up, and GW bases and Bolters. I have seen people adding SM Backpacks to these, but to maintain the sleeker proportions I stayed with the Dreamforge Games stock kit. 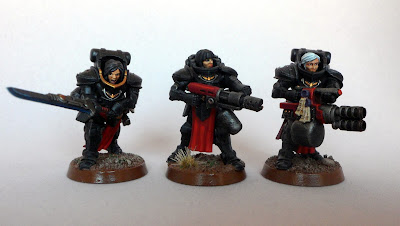 The holy trinity of Bolter, Flamer and Melta are captured in this squad with a Valkir flamer converted with a combi-weapon flamer nozzle, the alternative Heavy Weapons bought ages ago from a Kickstarter from PDC games, where I got my Alternative Rapier Laser Platforms, and the modular Heavy Weapons. 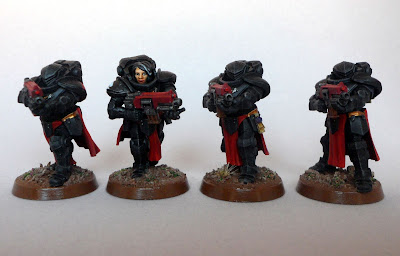 I varied the heads with the Valkir Helmets too, to save painting so many faces and to give the more militaristic practical vibe. There are three styles, a Knightly Helm, a Vampish Helm and a Gasmask Helm, these were the Vampish Helms. 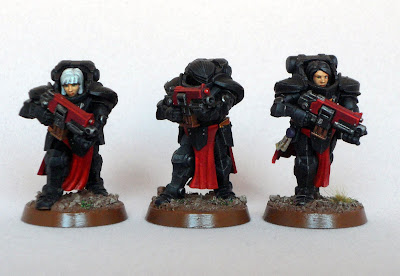 I also varied the hairstyles and colours, keeping to the traditional black and whites but varying styles between the 28mm Heroic Scale Heads and the 'Angry Bobs' heads. 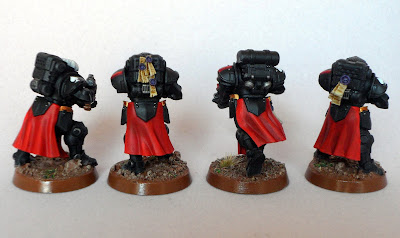 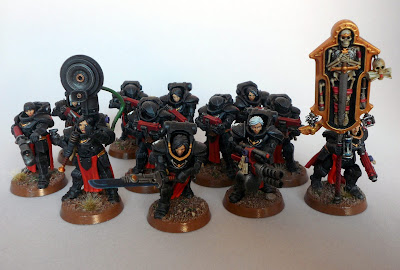 Here they are bolstered with the holy visage of the Imagifier and the santic hyms and sermons from the Dialogus! Glory to the Emperor, death to the xenos, daemon, heretics and traitors, cleansed by holy Bolter, flame and Melta. Ave Imperator.