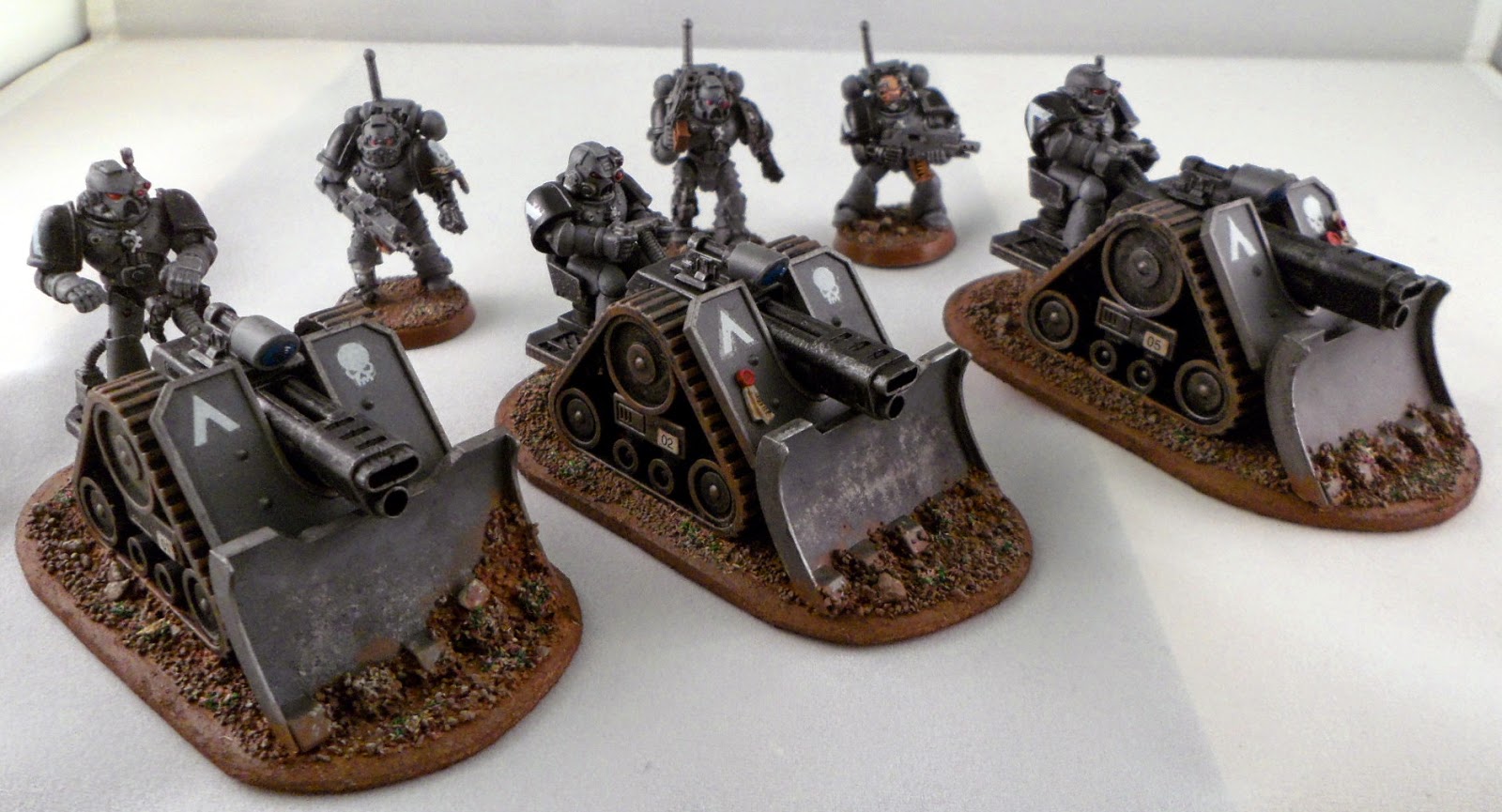 Following on from the WIP shots I posted Monday, here are the finished weapon platforms. I have tried to convey the weapon platforms are manned by grizzled veterans, those marines with bionics and maybe not fit for frontline fighting, so put in a support role until they are back to good 'health' or used to their implants/grafts etc. 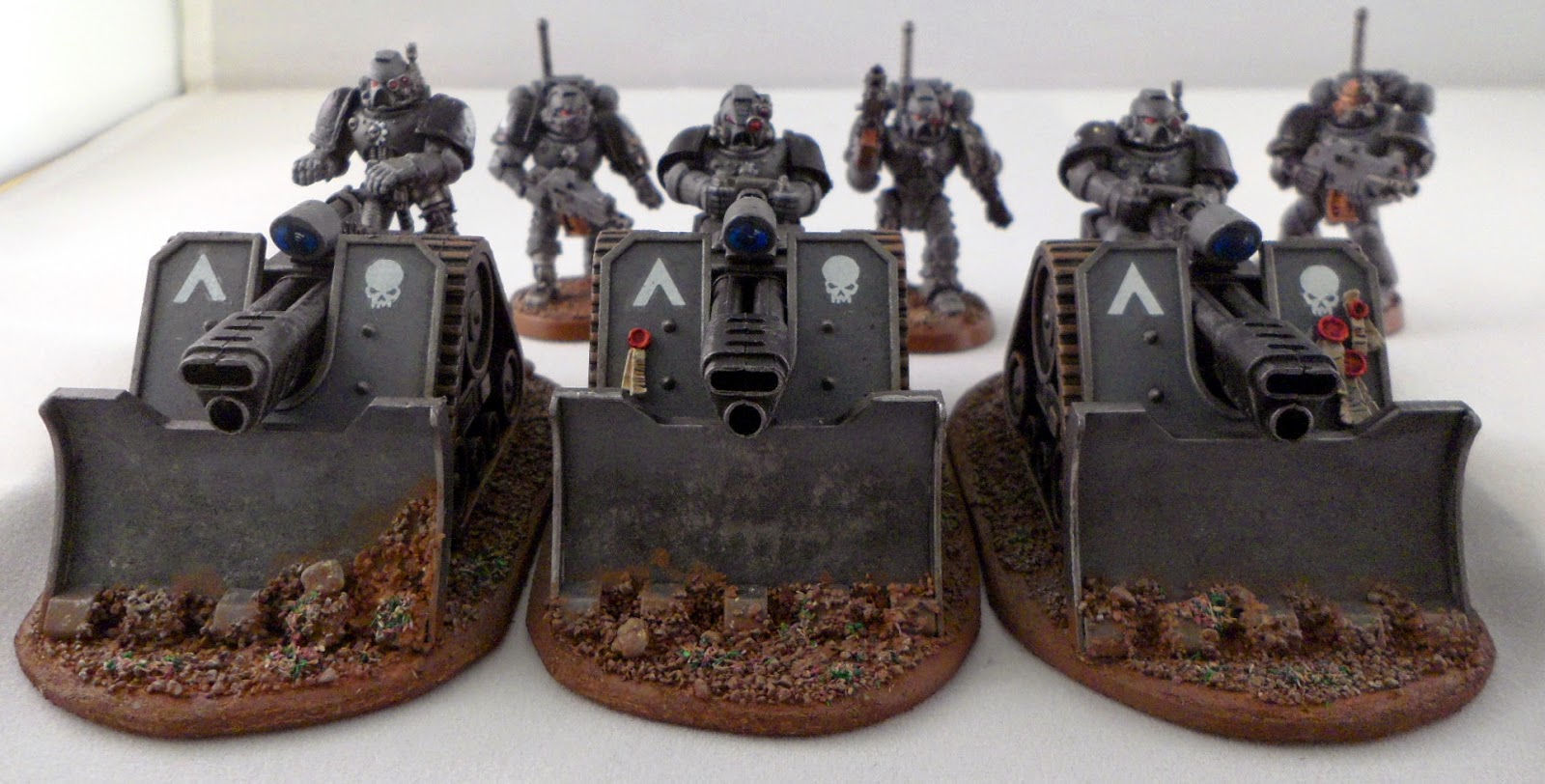 As Greggles suggested in his comments Monday, he will be pleased, I have dirtied up the dozer blades and worn the paintwork, I was going to do chevron patterns but in the end opted for plain Relictor grey, they already look far too much like Iron Hands/Iron Warriors with all those bionics! 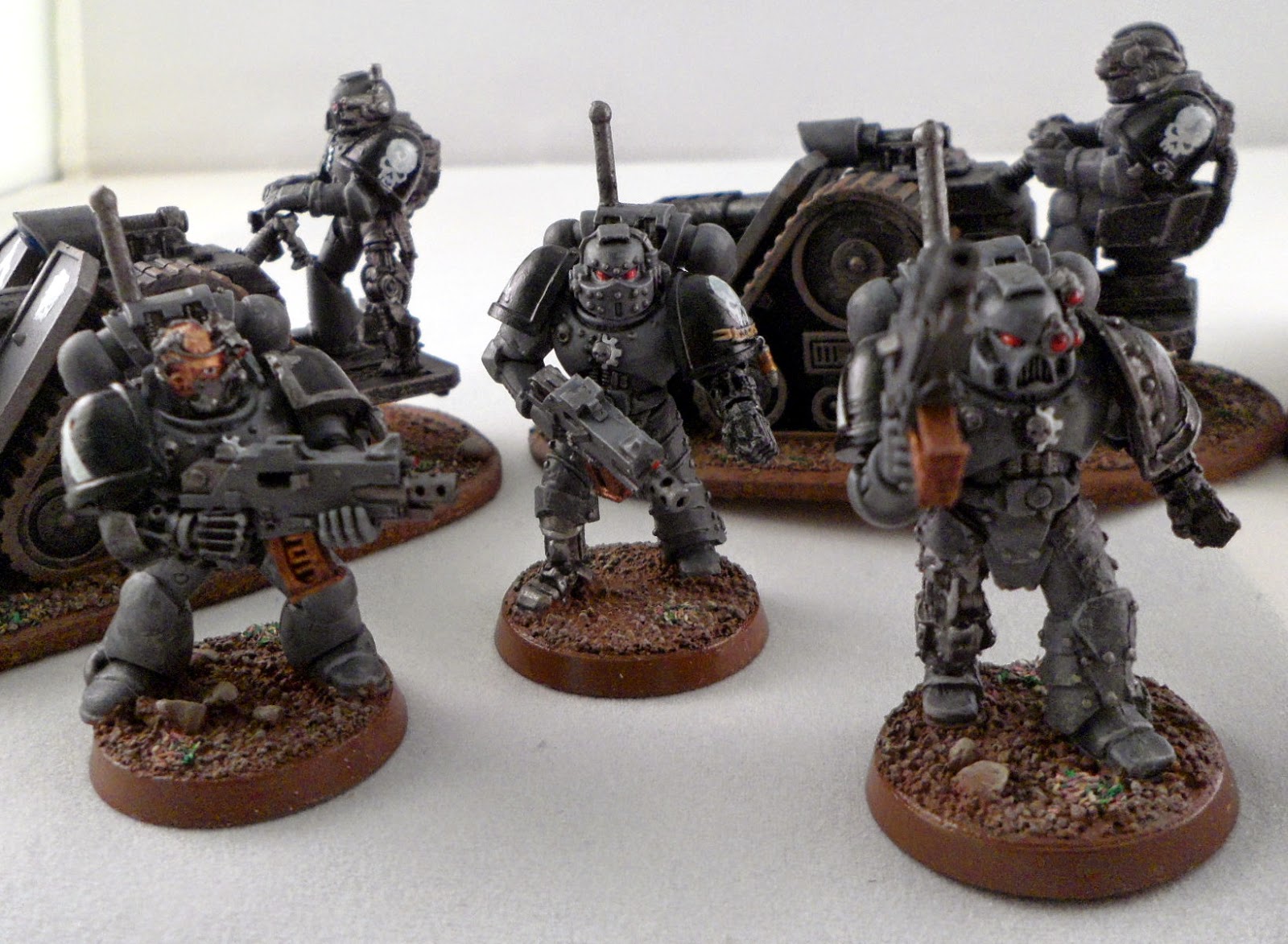 Here is a close up of the grizzled veterans, two bionic leg swaps were from Kromlech Miniatures, the bionic arms from FW and the 'pilot' standing getting used to his new bionic leg also from FW Space Marine Character Converion Set. The seated marines were from a FW Damocles Command Rhino interior with a Rhino door as the platform the seat is attached to. 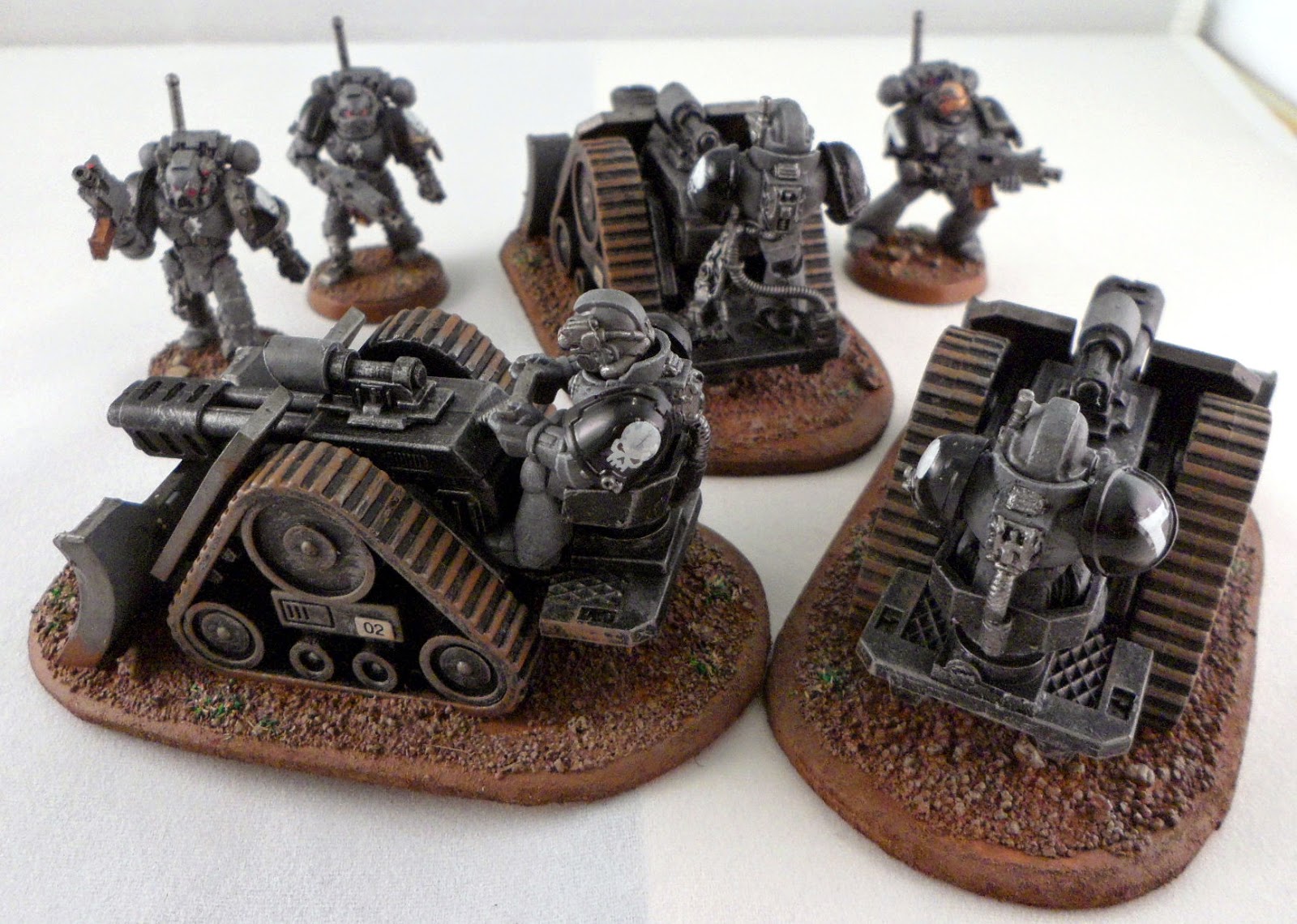 Here is a different view of the platforms, not as detailed as the FW ones, but they are decent enough for the tabletop. 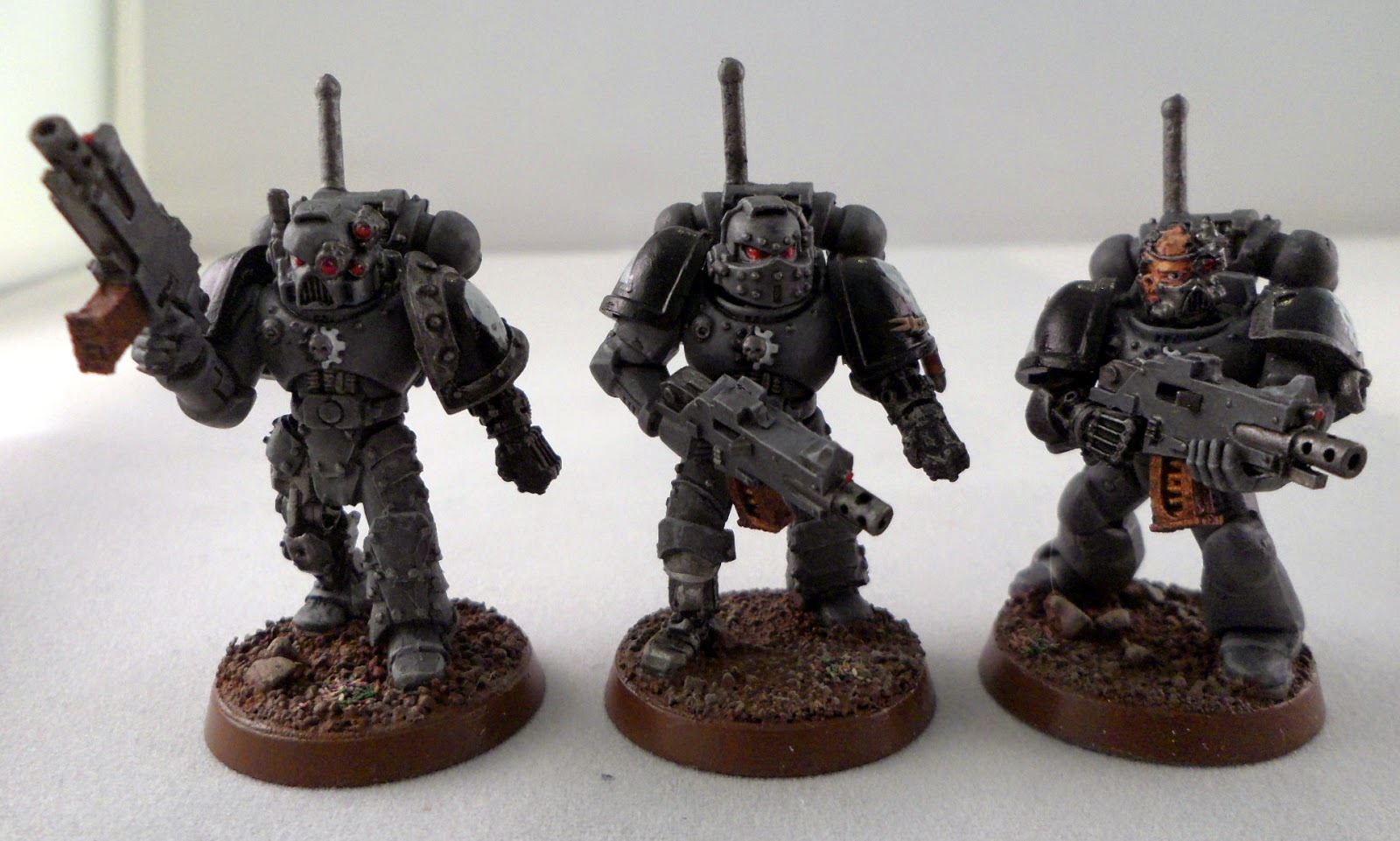 I've also used the FW Phobos pattern bolters and all the crew have Mechanicus Icon breastplates.

Thanks for stopping by and reading our humble corner of the interwebsphere....
Posted by Siph_Horridus