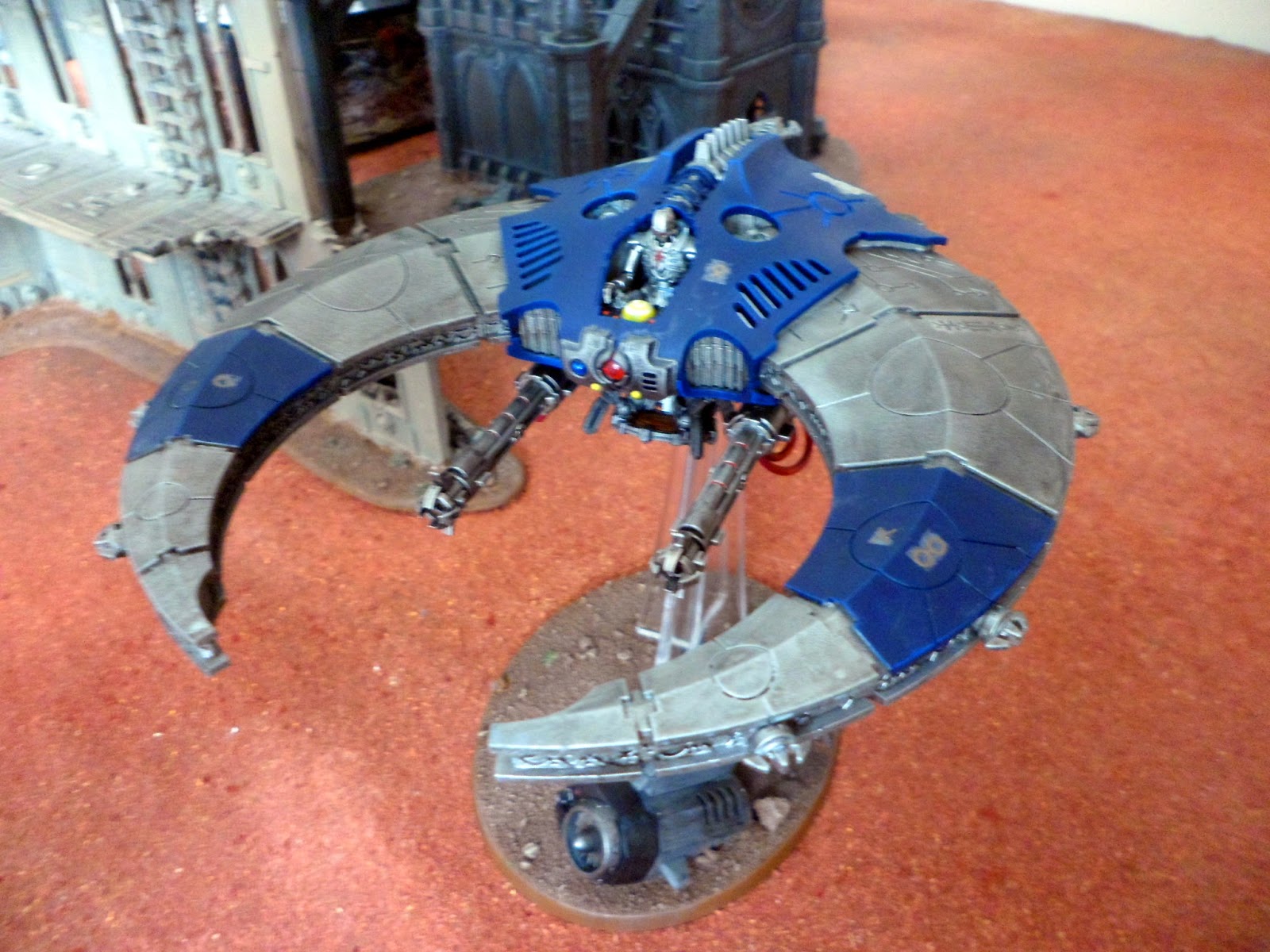 Here is another Necron Night Scythe for my ever growing ever-living Necron Army. Again, I have painted it Necron Abysss Blue and Metallics to match the other two, however I have added a few other blue plates, maybe this automaton is a veteran pilot?

The front view always looks awesome. Especially when swooping over the bombed out terrain. 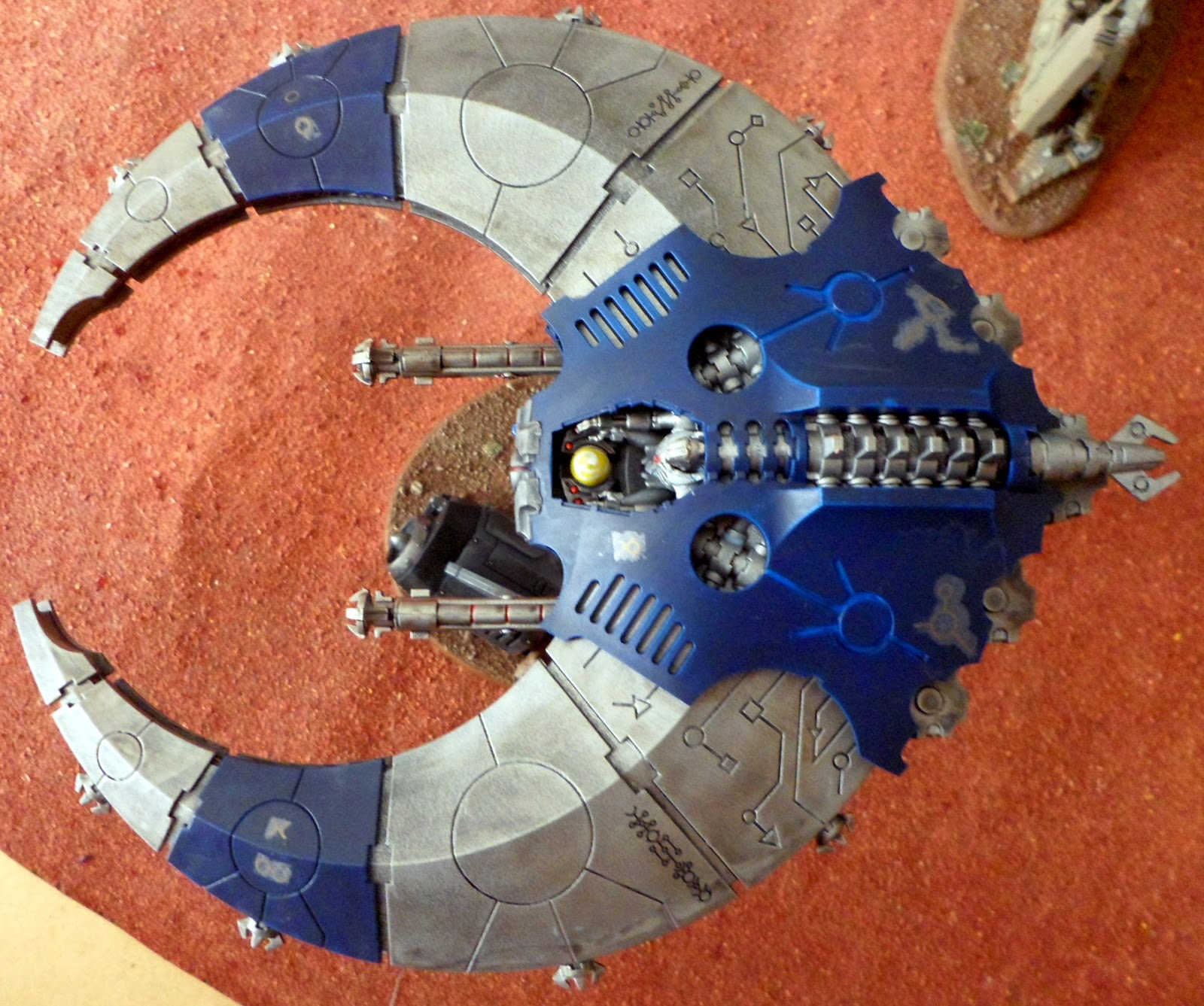 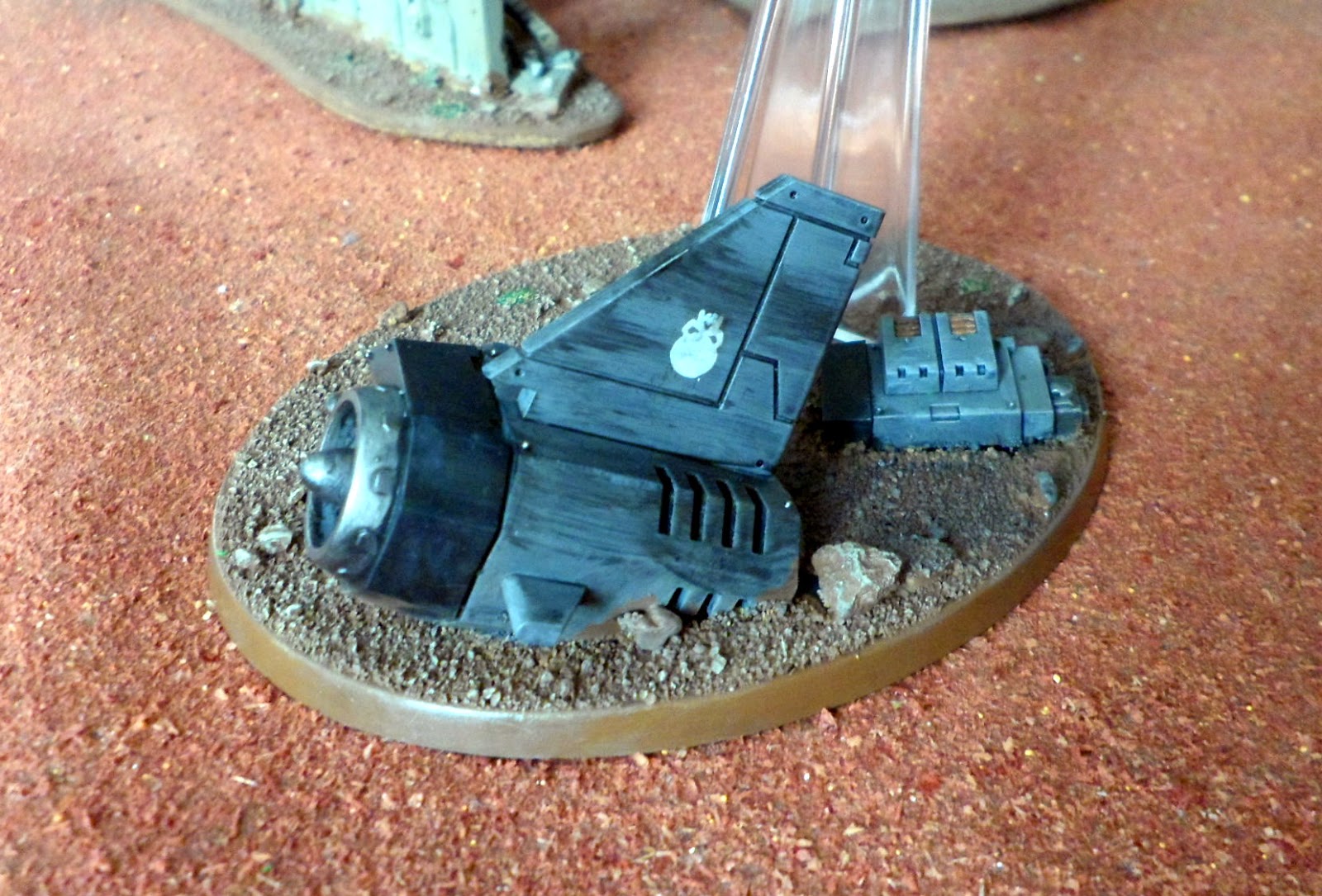 The base shows some wreckage bits I had from a Relictor StormTalon, my other army, I cut it with a razor saw to appear half buried, and painted scorch marks on the wing. Hope you like - I'll post a shot of all three and the Doom Scythe next up. Thanks for dropping in. 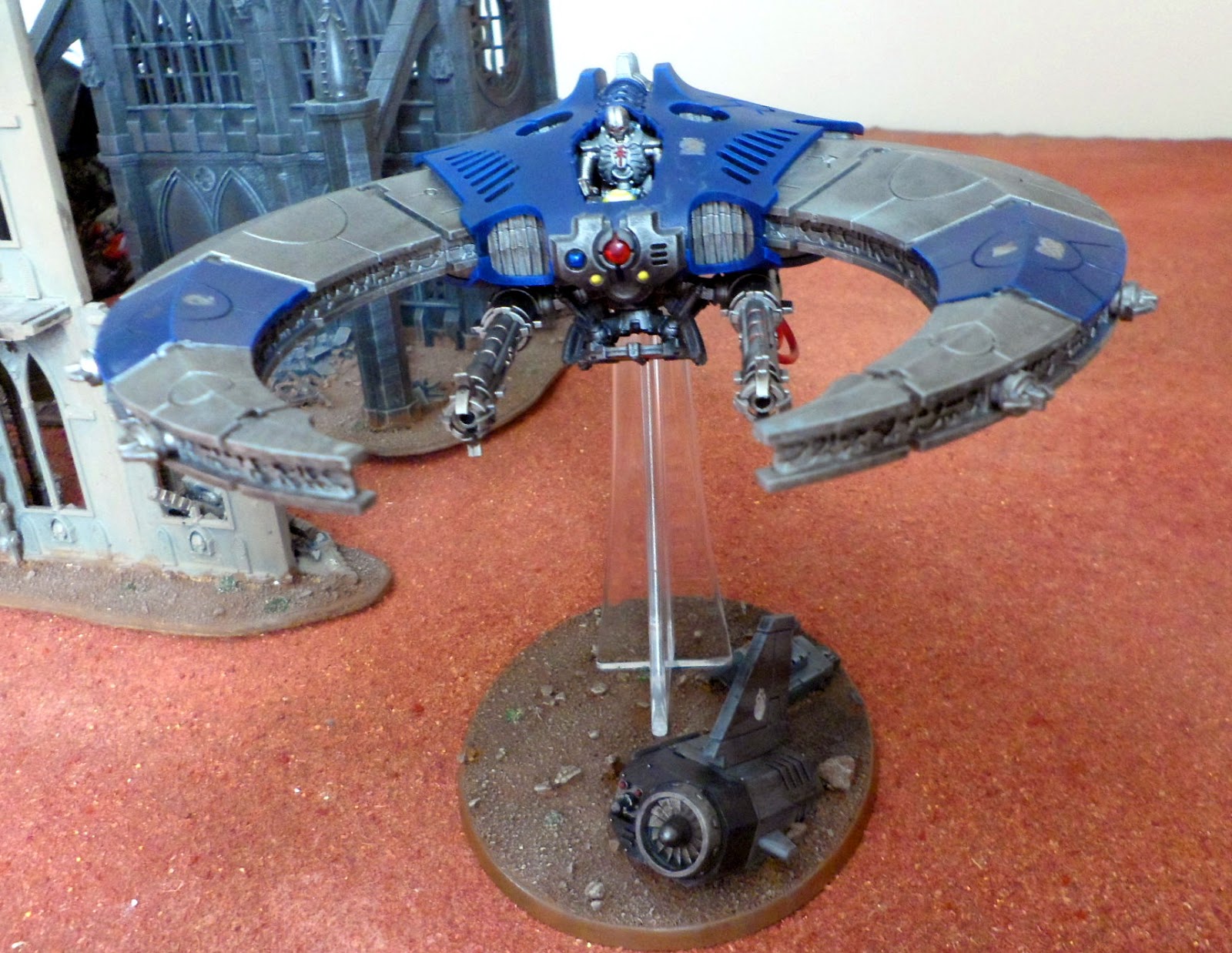