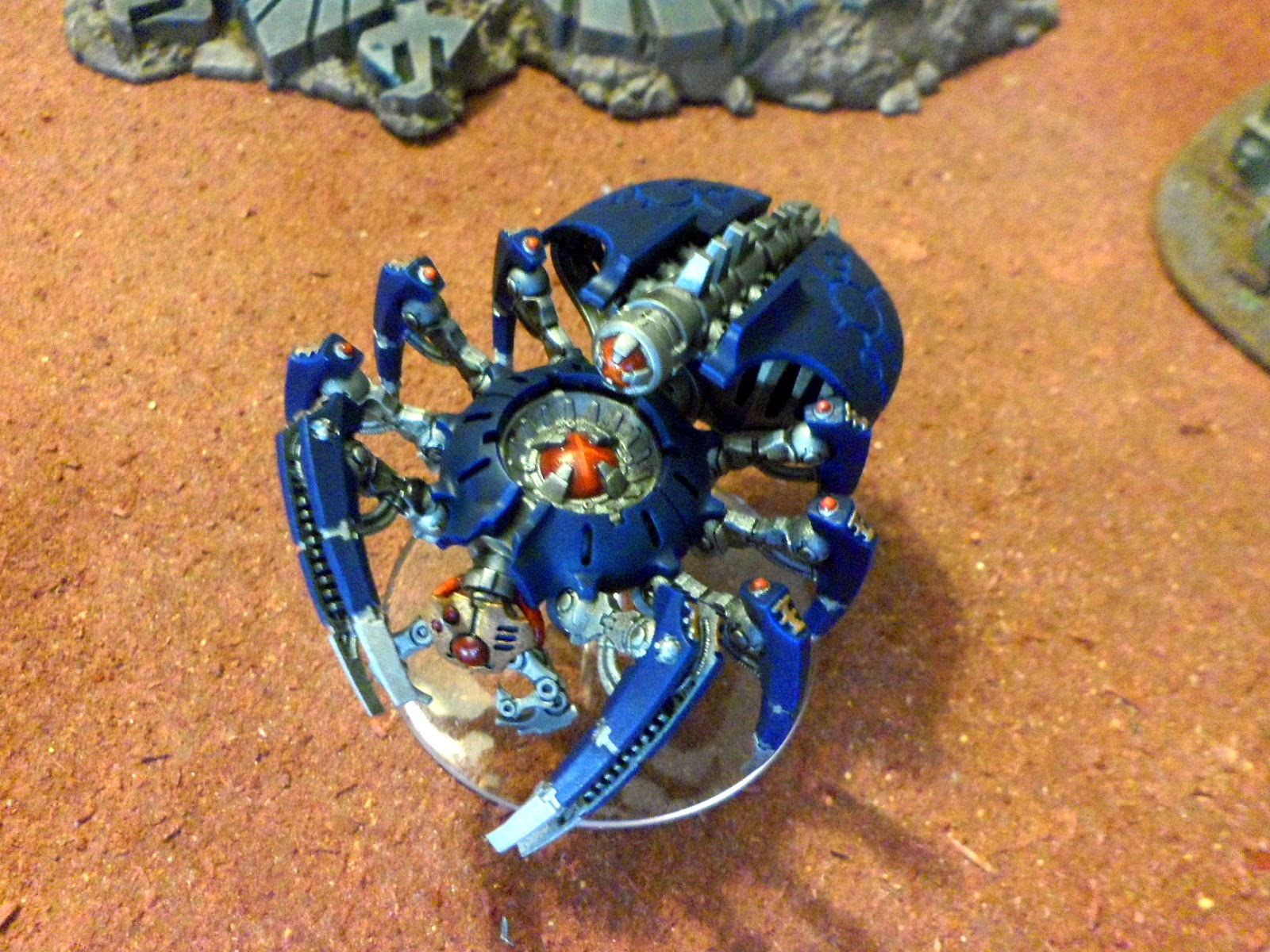 Hello Dear Reader, thanks for dropping in.

Here is the latest creation the Necron Crypteks have made for the ever growing, ever-living Necron Army. Imotekh will be grateful, the previous Spyder never lasted long enough to get into combat, perhaps with some more support, he may whether the storm of fire and get into combat to use his monstrous creature status. 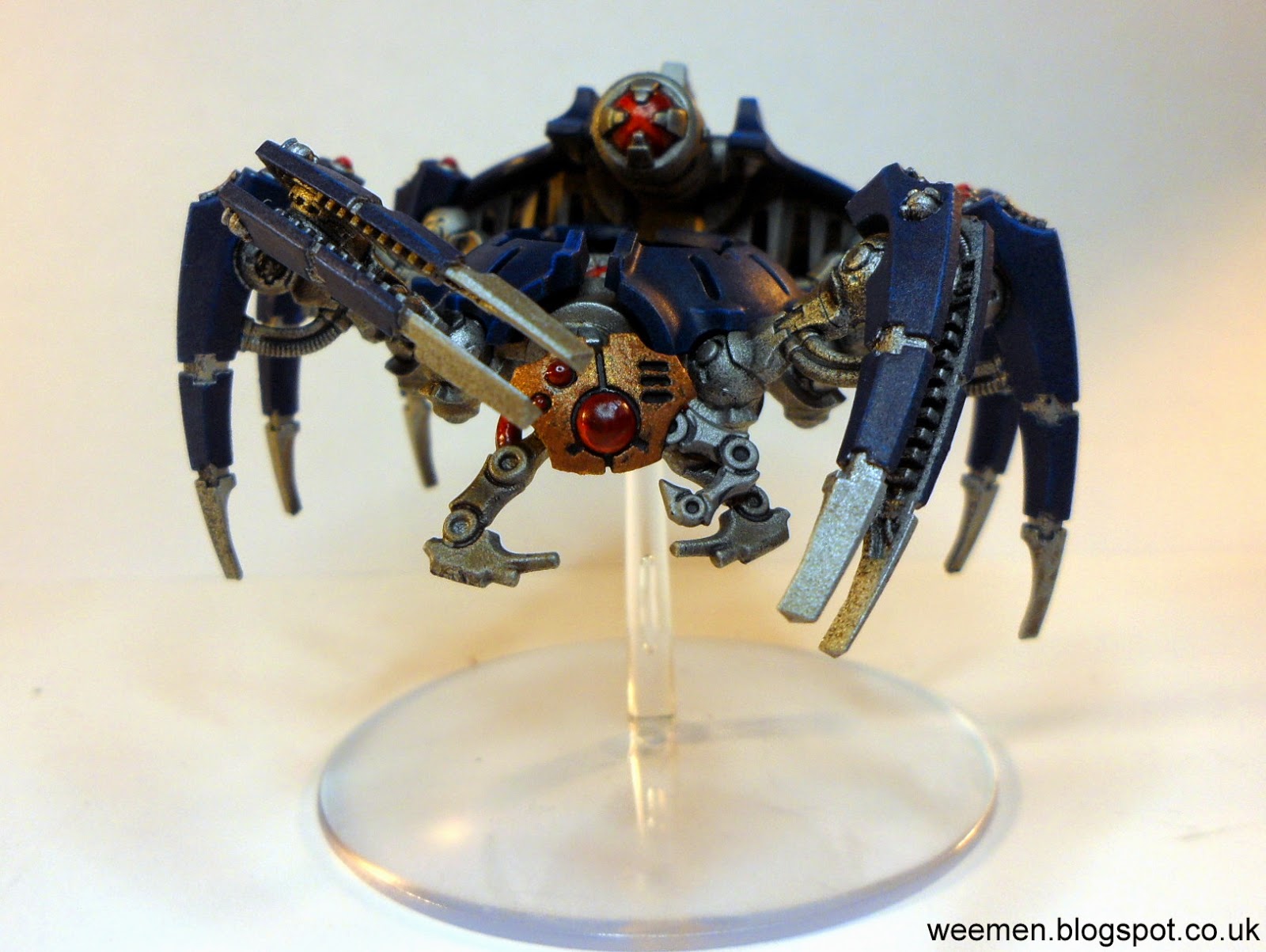 This is the second Spyder, and like the first he is painted Necron Abyss, highlighted with Enchanted Blue. The head is painted Brazen Brass to add interest and the eyes and power sources have been painted with 'Ard Coat to gloss them. 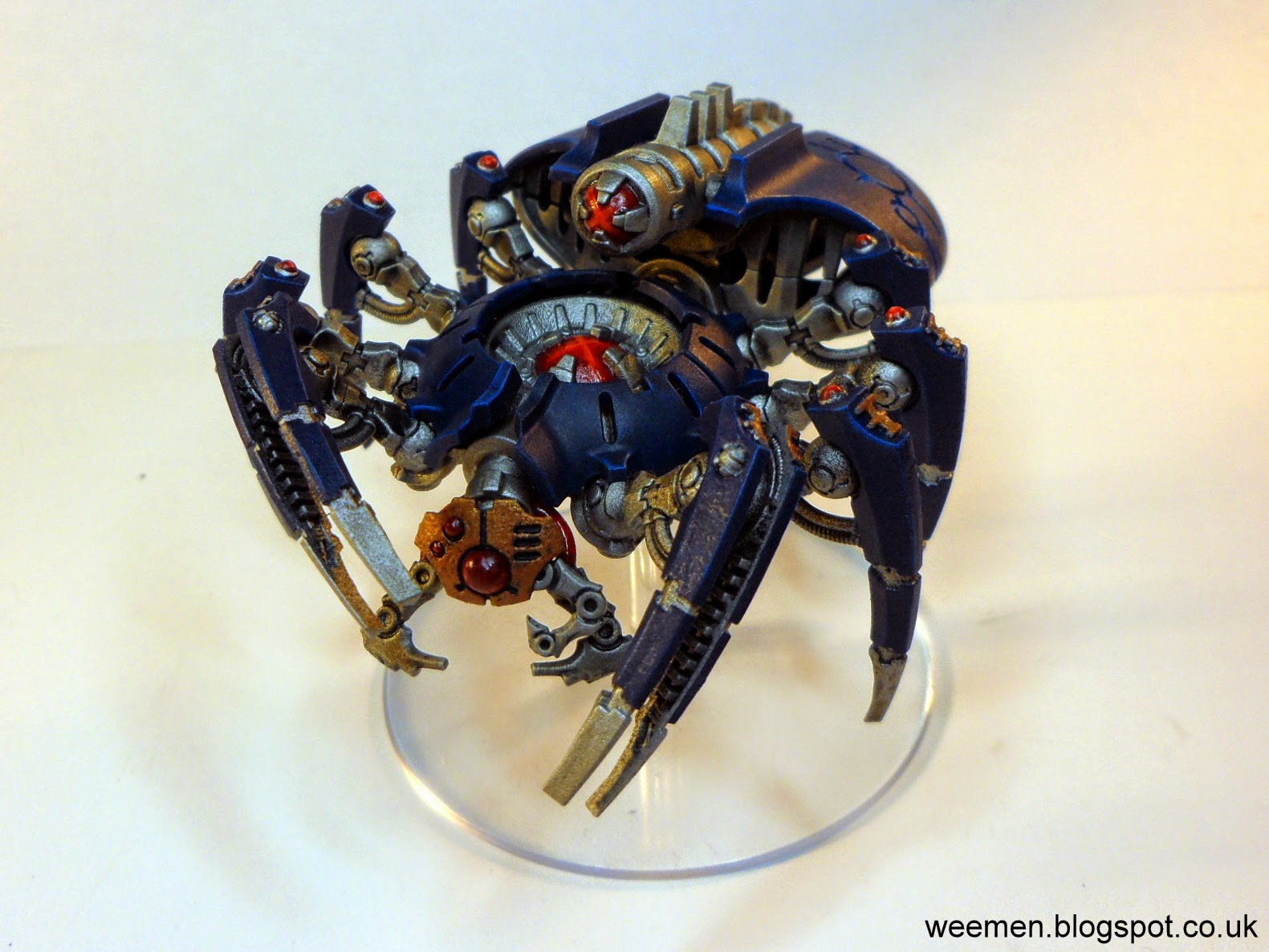 Unlike the first Spyder, this one is basic without a Particle Caster or underbelly tools. A simple Spyder to bolster the survivability of the first. 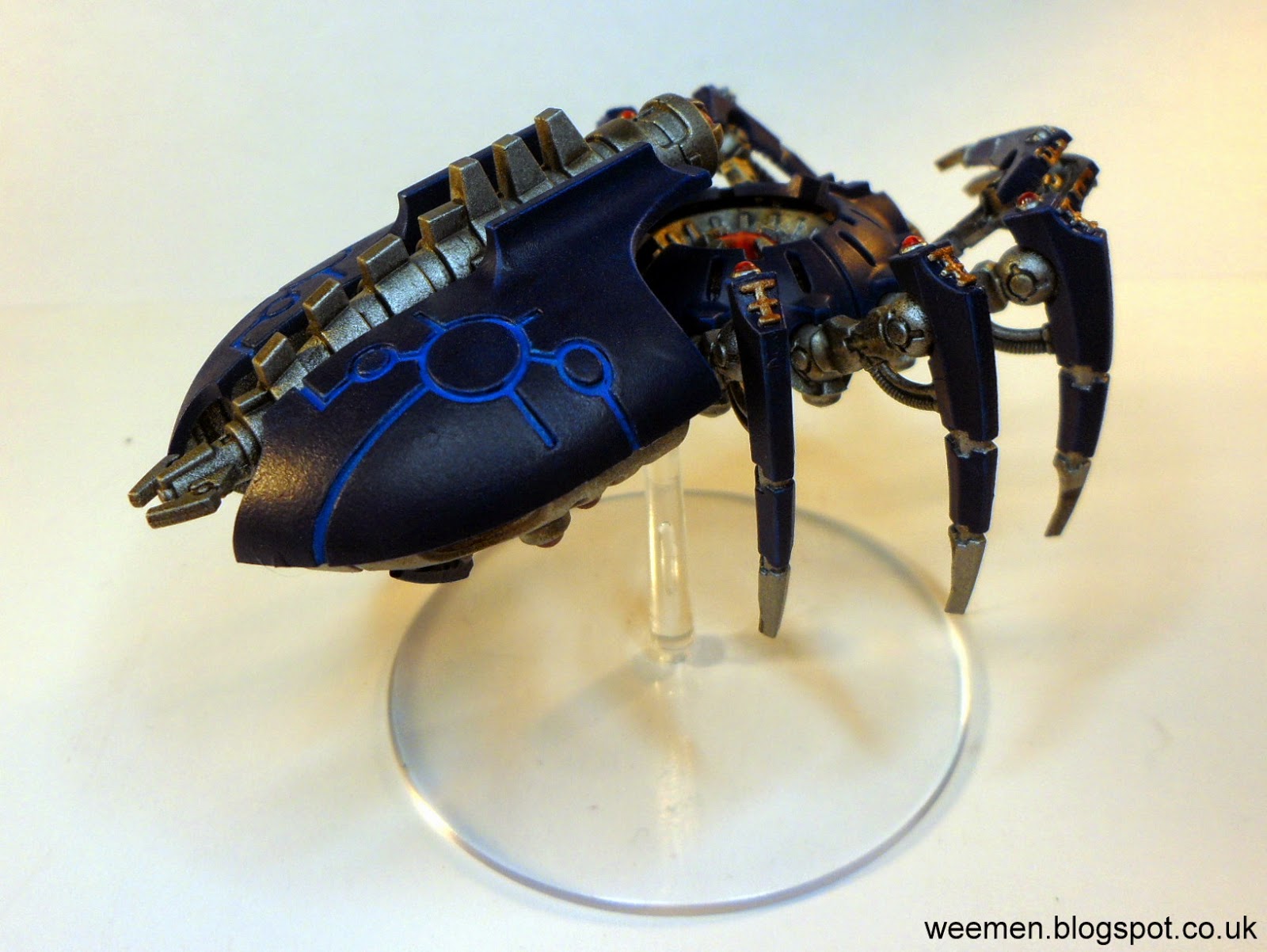 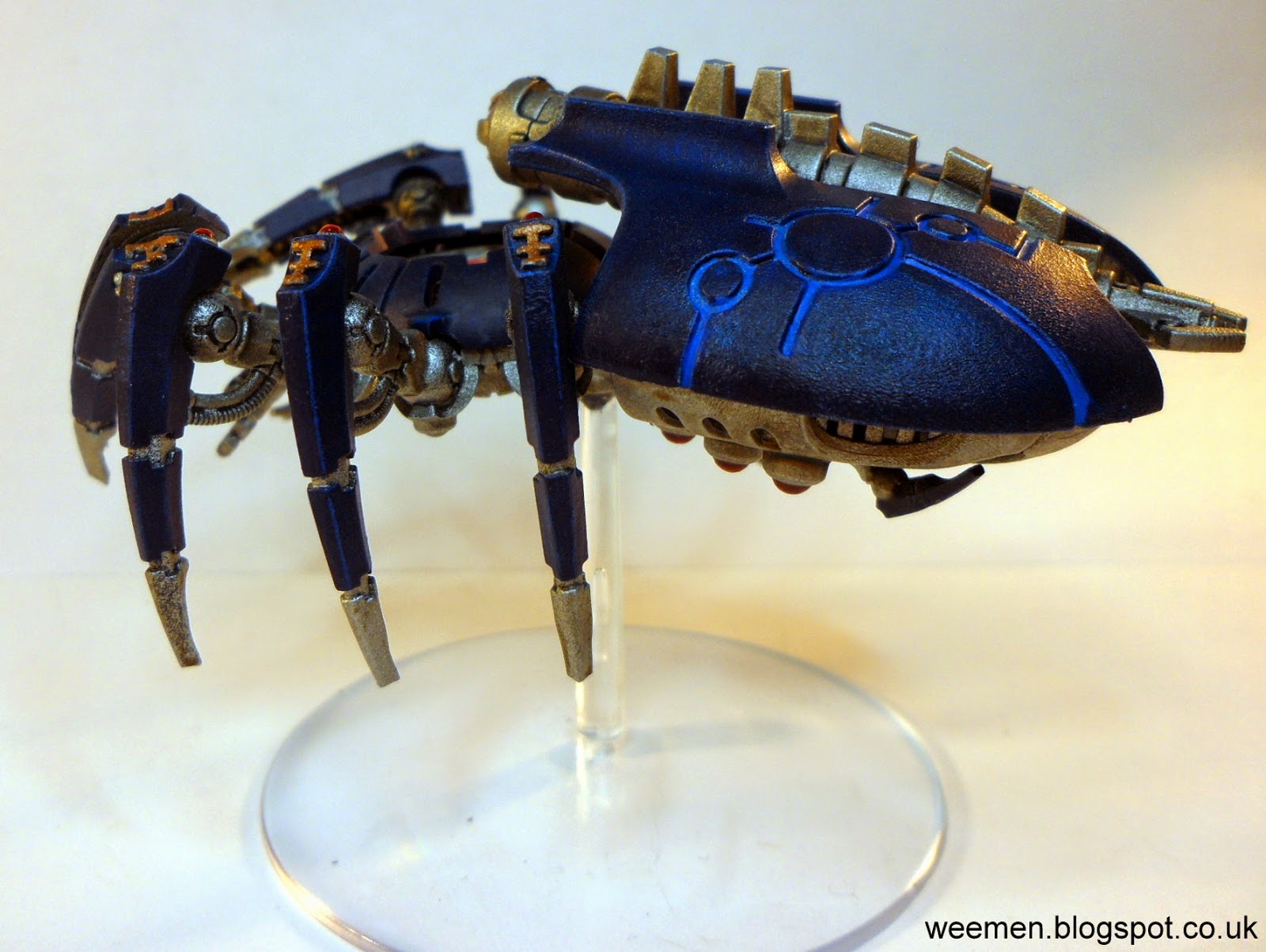 And here are a few shots of the Spyder on the Games Table. I love the insect look these Necron Constructs have - I still make 'chittering' noises when they enter play, ha. 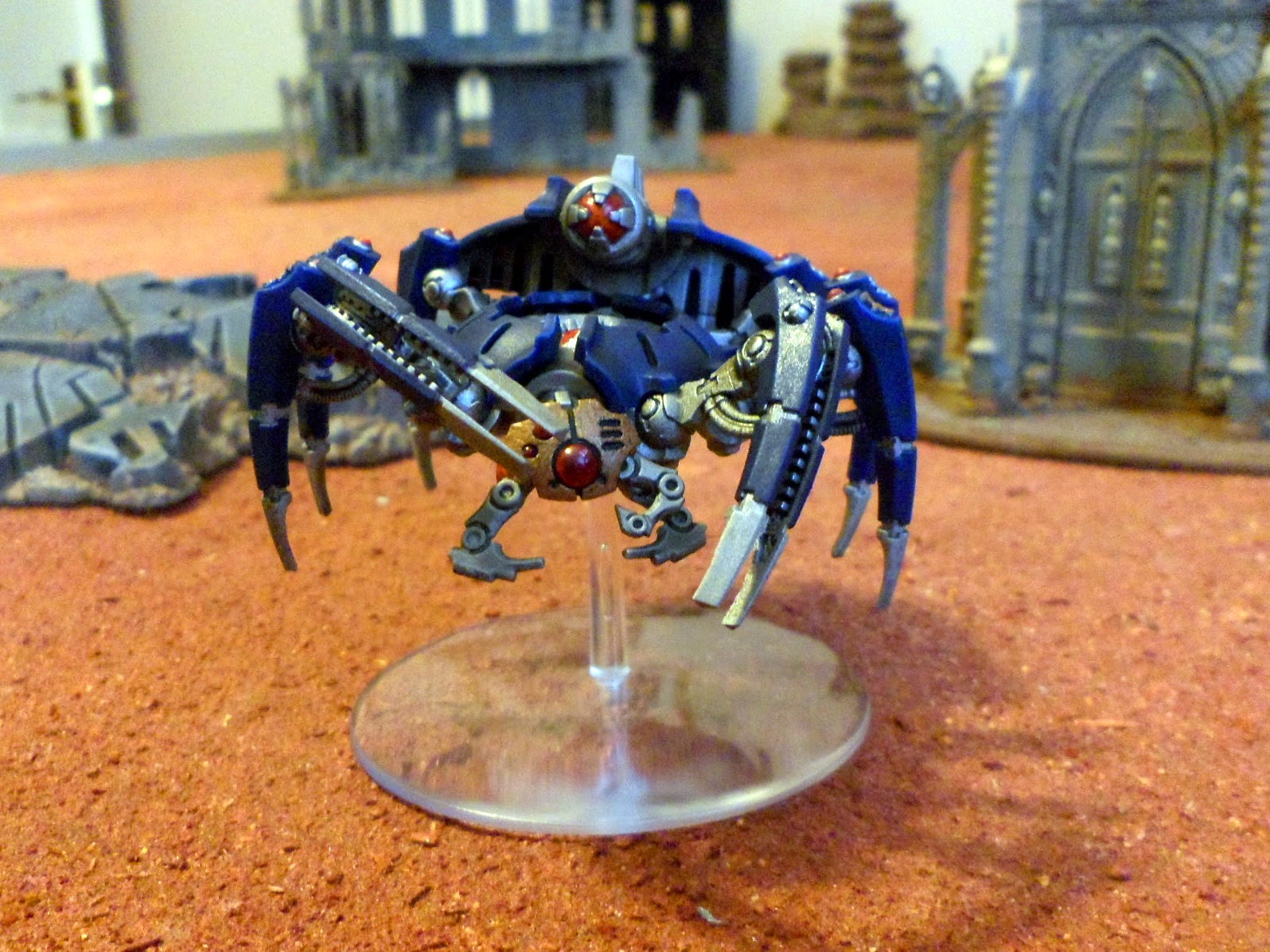 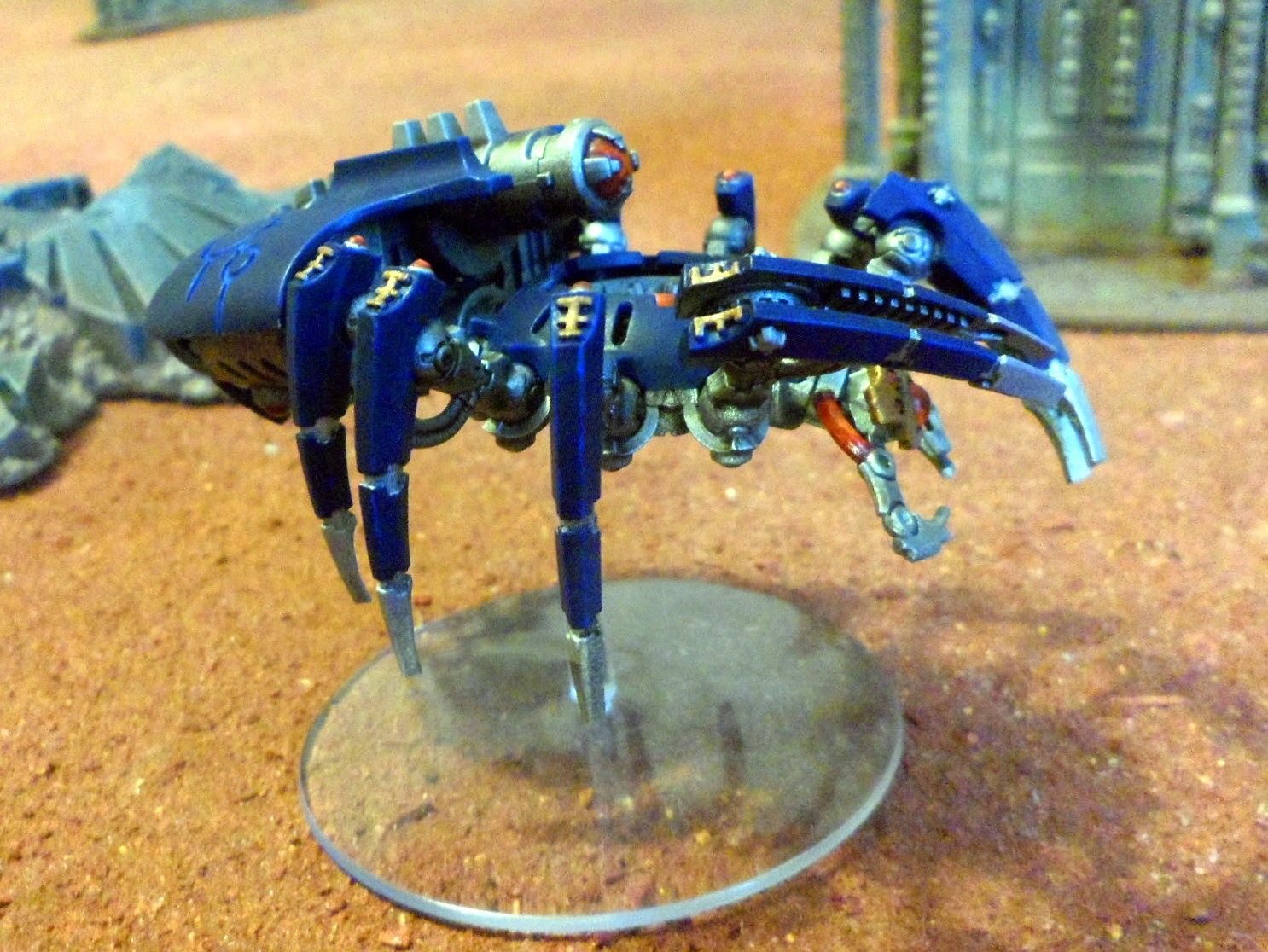 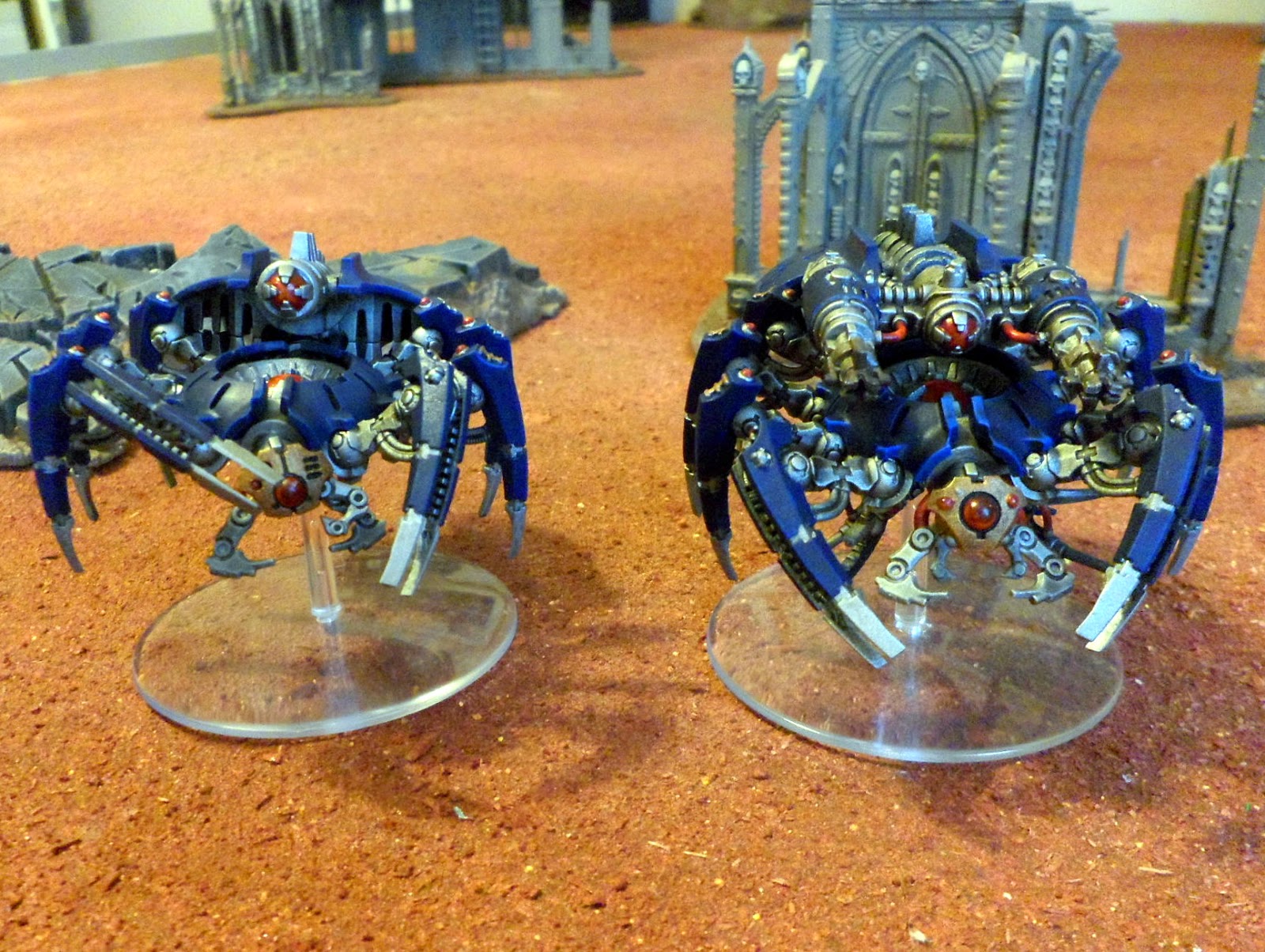 And finally, a shot with it's older cousin. I have one more to do for the squad of 3 I am allowed, he is still WIP. Thanks for dropping by.
Posted by Siph_Horridus