Finally onto the parts I get excited about – the painting! As I mentioned in one of my earlier posts, I want to fully paint the interior of the Warhound – if you’ve not seen one before, it is absolutely packed with detail! But that does mean painting before assembling… 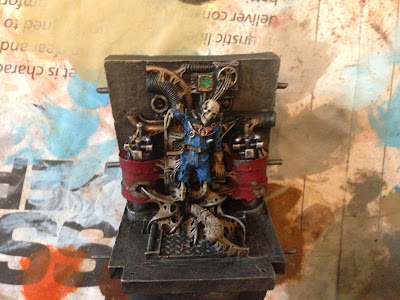 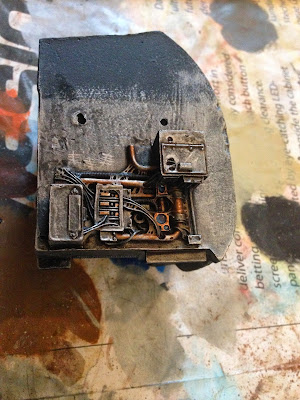 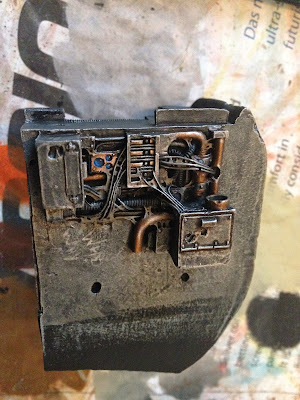 I focused just on the torso interior for this step – although there is still the interior of head to do. The torso is in four parts, three of which are pretty flat and easily accessible, but the fourth (the front part) is semi-enclosed, so it was slightly tricky getting in all the nooks and crannies. 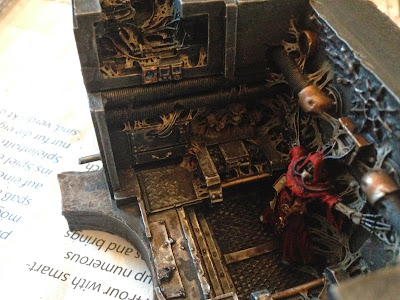 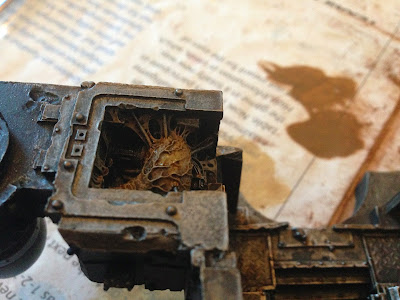 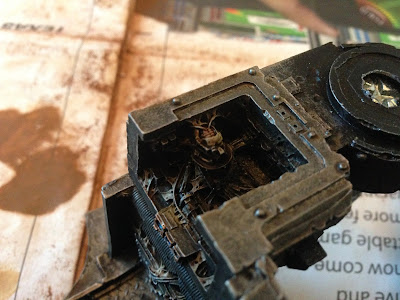 I’ve painted it up using my standard iron paint scheme and metallics (and fleshy-bits) and had loads of fun finding and bringing all the hidden detail to life. I think all in all it took about 12 hours to get this paint job done. 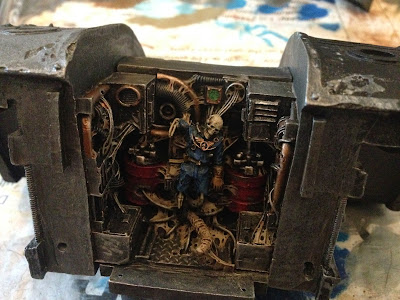 Actually building the torso was immensely satisfying when I got to see the interior coming together – there is still a door and weird tentacle thing to finish and add, but I am doing them in later steps. It was slightly annoying that you can’t see half the detail when viewing from above – but at least I know its there… 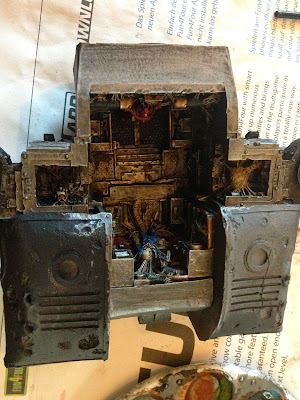 The build went very smoothly; I had dry fitted all the parts previously and the pins were already glued into place. I also pre-drilled some holes through the floor of the interior which I could now finish and pin – these holes will be covered up by a door. 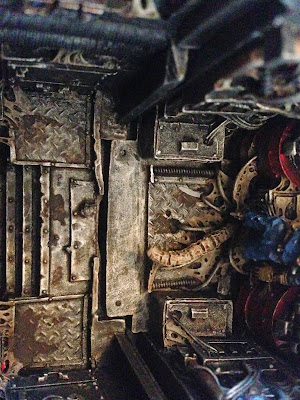 In total there are three pins in each of the side components making up the rear of the torso, then two more to join the front and rear pieces. To support these two pins, there are the two more going through the interior floor and another two going up through the base of the torso, meaning it is pinned through 3 different angles – this thing should be bombproof! There were a number of gaps visible in the torso from the outside, so they have been greenstuffed – next up, the outside of the torso. 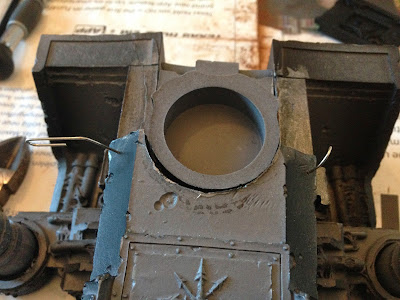